Spending time on safari at a Maasai village

Giada and Gianluca Ventura from Italy visited a Maasai village during their recent Kenyan safari, and had this to say:

“We had always wanted to visit a Maasai village and witness the famous adumu (‘jumping dance’) as performed by the Morani, and during our stay at Sentinel Mara Camp in the Maasai Mara at last our dream came true. 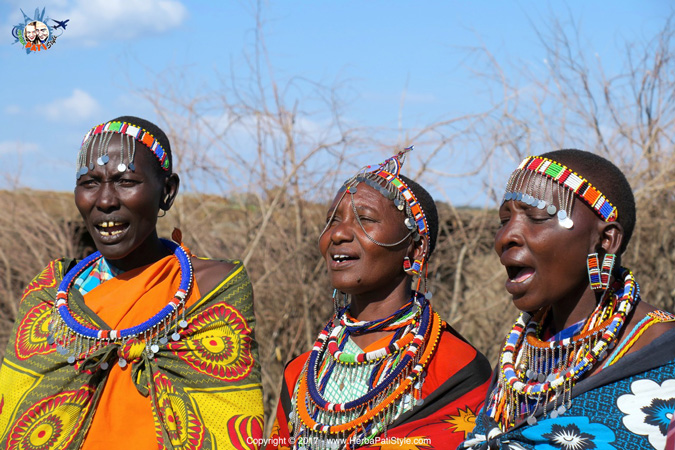 We had read so many stories regarding the Maasai warriors and wished to understand why they are so widely employed by camps and hotels as askari (guards). Approaching the village, our first clue dawned on us when Dominic, our Maasai guide, pointed to a hyena apparently on the horizon: “Guys… do you see the blood on her face?” The blood?! We couldn’t even see the hyena! 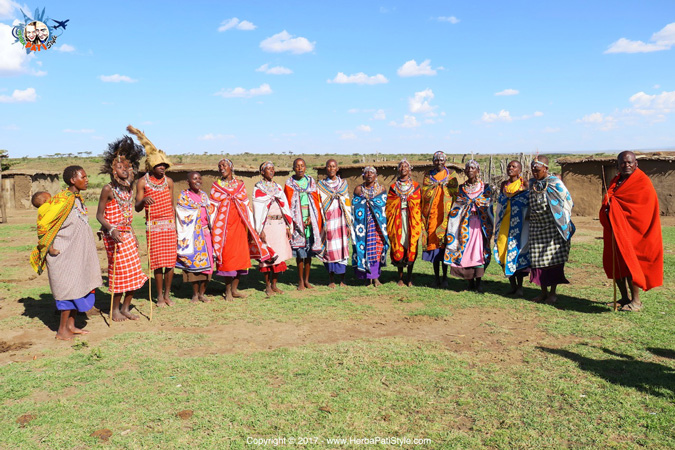 Arriving at the village in the middle of wild Africa, we noticed the fence made of acacia branches with thorns and couldn’t help wondering if the fencing was solid enough to protect the village against wild animals like lions, leopards and hyenas. 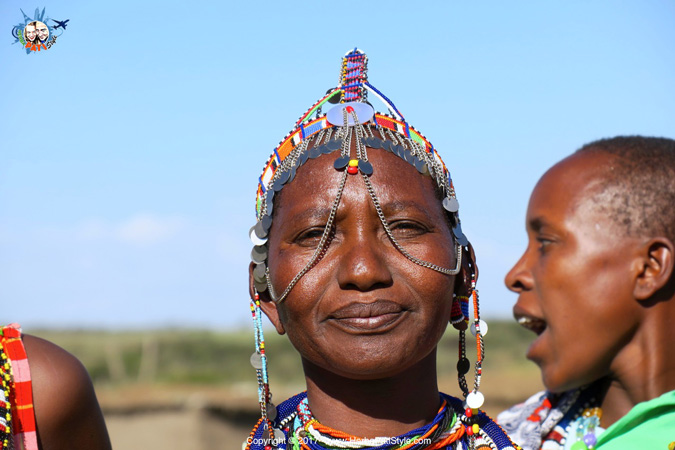 We were greeted by the boss of the clan (who thanked us for coming to visit the village) and invited us to wait for the women coming from inside the kraal. It was an amazing welcome! Maasai women were singing in front of us while wearing beautiful bangles and strings of coloured beads around their necks. Giada was especially pleased about the chance of doing some jewellery shopping at the village! 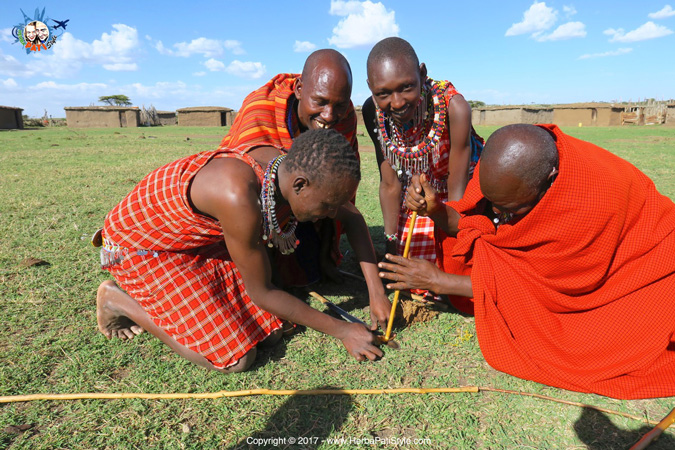 We had fun (and learned a lot) trying to light a fire in less than three minutes – using just two sticks of wood and elephant dung. Amazing! I remember trying this in Italy, but of course without the elephant dung! And then came the ‘jumping dance’. I was invited to take part in it and I lifted from the ground and was jumping so high that it was absolutely impossible to take a good photo of my superb athleticism! Jokes aside, it was a privilege assisting with the adumu – a dance usually performed during the coming of age ceremony where adult boys are initiated into warrior men. 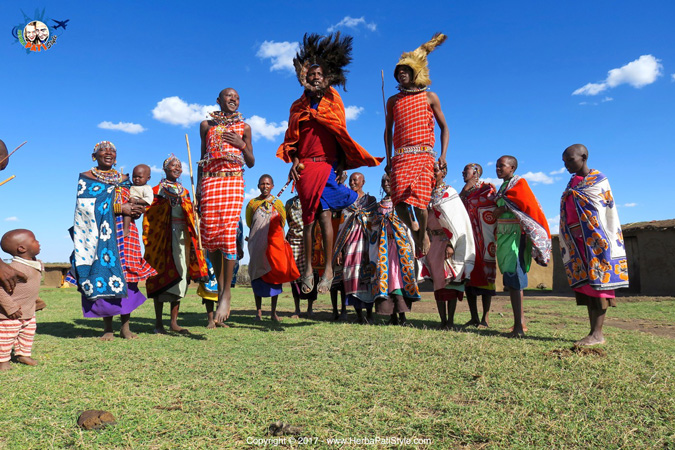 We also visited a Maasai hut which was very small and had only three rooms – the entrance, a shelter for some animals, and the main room. It wasn’t even high enough to stand upright! A tiny hole in the roof let a little light into the hut, but we were told its main purpose was to let the smoke from the smoldering fire – used for cooking and warmth – escape. On exiting the hut we had to wear sunglasses to protect our eyes against the contrasting glare! 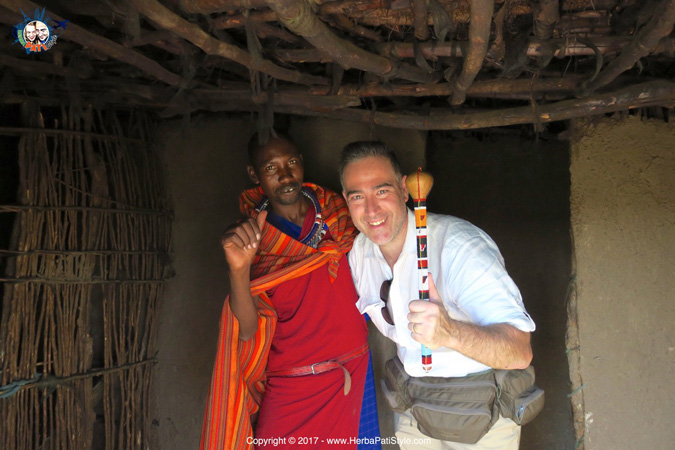 Our visit was almost over and we were about to leave when Giada grabbed my arm and turned me back to towards the assortment of fantastic Maasai jewellery and other items that were proudly displayed for sale. How could I have forgotten?! Now was the time to buy some really special souvenirs!” 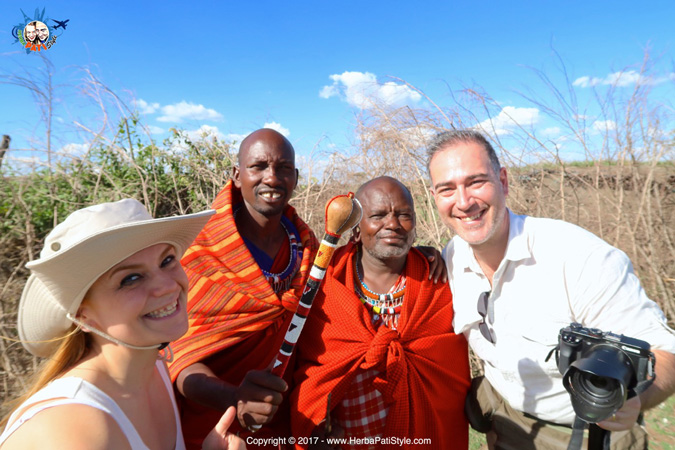