Searching for the elusive Sousa & the mythical sawfish – Part II.

To read part one go here

First things first. No, sawfish are not cetaceans. Whales and dolphins are cetaceans; sawfish are sharks. But since my interest in Guinea-Bissau’s dolphins led me to the sawfish project, I have developed a fascination with this mysterious species which seems poised for extinction. I am still filled with disbelief and horror that such a distinct species, almost like something from an undersea fairy tale, could disappear from under our eyes in the modern age. And simultaneously, I hope and want to believe that we can still find them, that I might yet see a live sawfish. 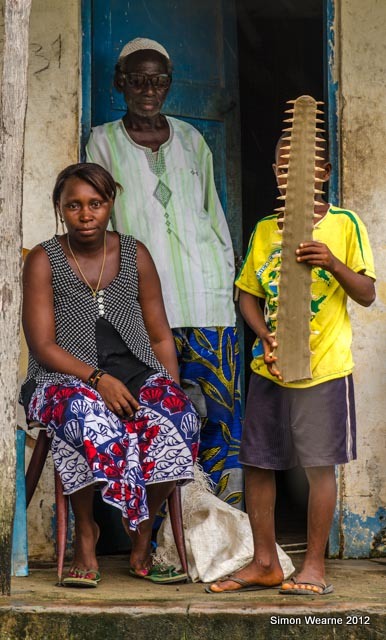 Now, to the results of the study, which may knock these hopes of mine solidly to the ground. Not once did we hear about or see a very recently-caught sawfish. It seems that these fish, once common and frequently caught in Bissau-Guinean waters, are now a rarity. Almost all the fishers on the Bijagos indicated that they had not seen or caught sawfish for several decades. In other areas, however, a handful of fishermen did seem to indicate that catches had been more recent, if sparse – several individuals stated that they knew of catches in the last 2 years. This contrasts with the landings data which suggested that the last known catch of a sawfish was in 2005.

Considering the importance of these fish to the cultures of many Bijagos islanders, I was surprised and disappointed that they showed little dismay at the decline of such an emblematic species. Having used the image of a sawfish in dances and costume for sacred ceremonies such as male circumcision, and having prized the meat of the sawfish so highly, I imagined that its disappearance would have left more of an impact, but when I asked what they used for these ceremonies, now that they could no longer find sawfish, they were happy to report that a cow has the same value. Somehow I’m not sure that cows will fill the role in Guinea-Bissau’s marine ecosystem, though. Nor do they capture my imagination as the sawfish, with its mysterious, quite unbelievable form, does.

Elsewhere in Guinea-Bissau, sawfish are less important culturally, but still held in high regard for their meat. We also asked whether anyone had a ‘saw’ (rostrum), as these were commonly kept as decorations in fishermen’s houses, and in some parts of the Bijagos, the saws were used on ceremonial masks and headdresses. Yet, it seems that the few tourists and travelers to have made it as far as the Bijagos Islands have cleaned out the villages of their remaining sawfish saws – I only saw one, in Cacine, during the month I spent in the field, as well as several on display in the Bijagos cultural museum in Bubaque, and in Bissau. 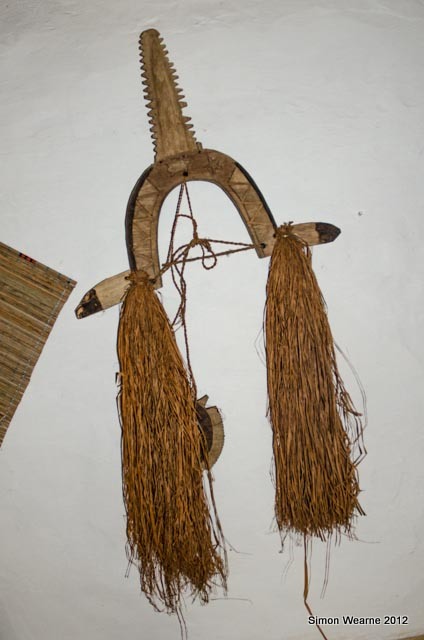 When asked about the possible reasons for the decline of sawfish in their region, fishermen made a number of suggestions. Many of them acknowledged that overfishing may have played a large role and the influx of overseas fishermen to Bissau-Guinean waters was also frequently mentioned. Interestingly, older fishermen noted that sawfish used to be caught only with spears, from the beach, and that nets were not used there until recently. The sawfish’s saw can easily become entangled in a net and may have significantly increased the number of these fish being captured. Finally, many fishermen noted that the practice of finning, where a shark’s fins are cut off and the rest of the body is discarded back into the water, is now common in Guinea-Bissau and may well have contributed to the sawfish’s decline. The practice of finning gained worldwide press attention in late December, as thousands of shark fins were found drying on the roof of a building in Hong Kong (read more here), but has been ongoing for years and seriously threatens to drive numerous sharks species to extinction in the next few years. 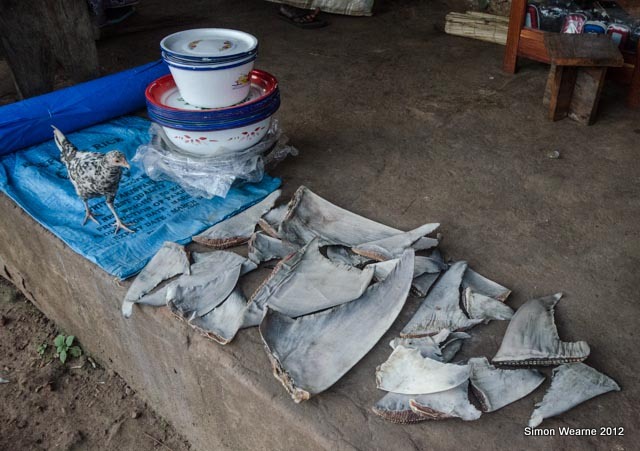 The next steps in this study will involve following up with the few fishermen who knew of areas where sawfish might still be found. This information might be unreliable, but for such a rare fish, it is the only information we have at present. The key is to locate at least one area where sawfish are still found, and from there, assess whether the recovery of the species might be possible.

Any information on sawfish from Africa, past or present, are valuable to research. Have you seen a live or dead sawfish, or the saw of a sawfish, anywhere in Africa? Or do you have photographs of old sawfish catches? If so, please contact Ruth Leeney and help in the conservation of these amazing fish!

Ruth Leeney is a researcher and training provider, with a PhD in marine biology. She grew up in Ireland and the UK and now lives in Namibia, but work has taken her to the Arctic, the USA, Greece and a handful of West African countries. She has spent the last decade and more, working on conservation and research projects focusing mostly on whales and dolphins. She also works on community education initiatives and the development of sustainable marine tourism, and has an interest in culture and traditions in coastal communities, particularly in West Africa. Her work, adventures and the colourful challenges of the ‘dark continent’ are documented on her blog, West Africa Cetaceans.