Posted on March 12, 2021 by Guest Contributor in the Opinion Editorial post series. 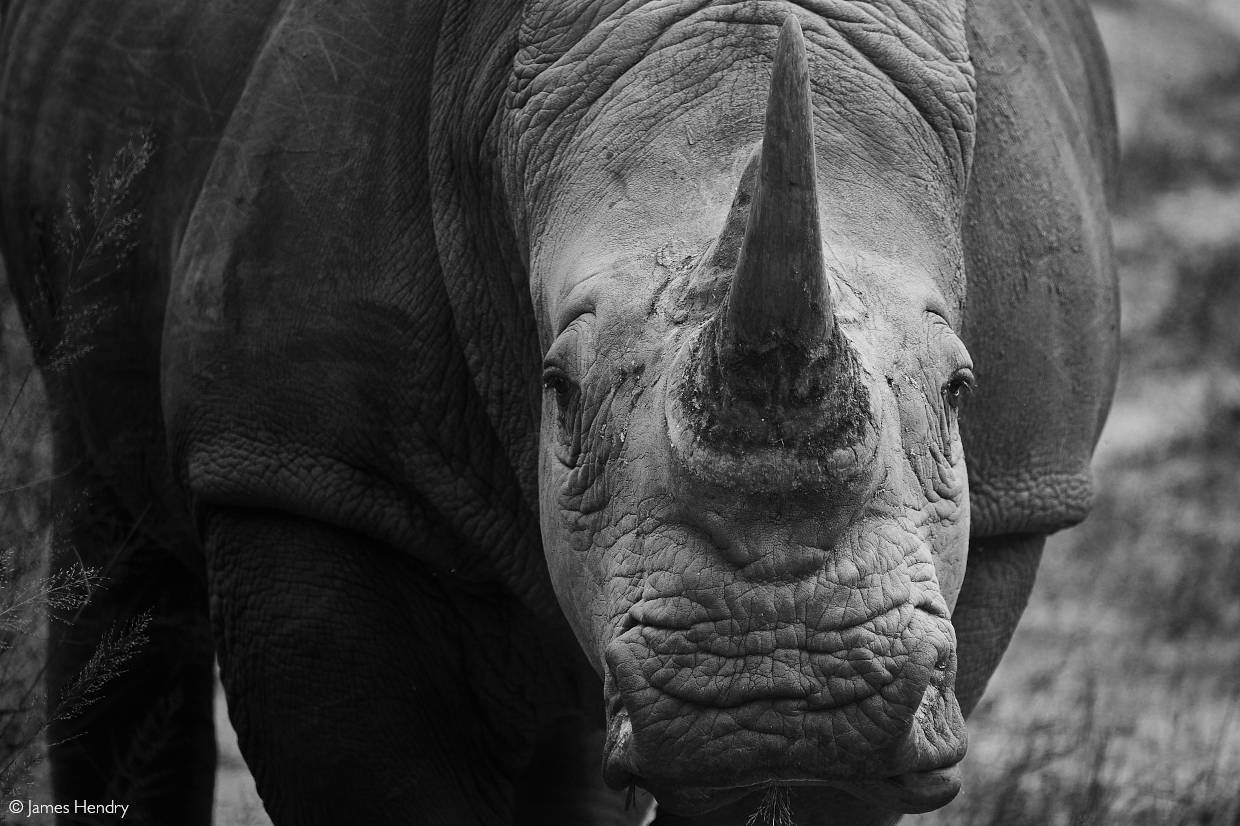 Botswana’s recent upsurge in rhino poaching is reaching a crisis point. More than 100 rhinos have been poached in under two years from a population of less than 400. Yet, the government remains resolute in its denial of a growing catastrophe.

Former Botswanan president Ian Khama recently announced on social media that over 120 rhinos have been poached in the past 18 months. The post said that poachers were ‘killing rhinos with or without horns,’ and that ‘after corona (virus) there will be none left for tourists to see.’

Botswana’s Department of Wildlife and National Parks (DWNP) has denied the accusation – saying Khama’s announcement is irresponsible and will negatively impact tourism. In a statement, the DWNP claims that wildlife-related crimes are down by 70 per cent since the COVID 19 period from March 2020.

But on the same day as DWNP’s statement release, Bhejane Trust, a Zimbabwean rhino conservation organisation, publicised the massacre of 12 more rhinos in the Okavango Delta in northern Botswana saying, ‘Urgent action is required by the Botswana authorities, and they should bring in expert advice and assistance immediately if any rhino(s) are to survive.’

Conservationists are concerned that Botswana’s rebuttal to its growing poaching crisis is encouraging rhino horn poachers to focus on the remaining rhino in the Okavango Delta area.

‘The current government already has a poor conservation record, and it seems to be following the same policy of denial it used with the elephant poaching over the last few years,’ says Ian Michler, conservationist and specialist wilderness guide. ‘Let’s be clear; the poaching syndicates have seen the weakness and have turned their attention on this country. Without a strong and effective response, Botswana runs the risk of seeing rhino disappear from its parks and reserves for the third time.’ 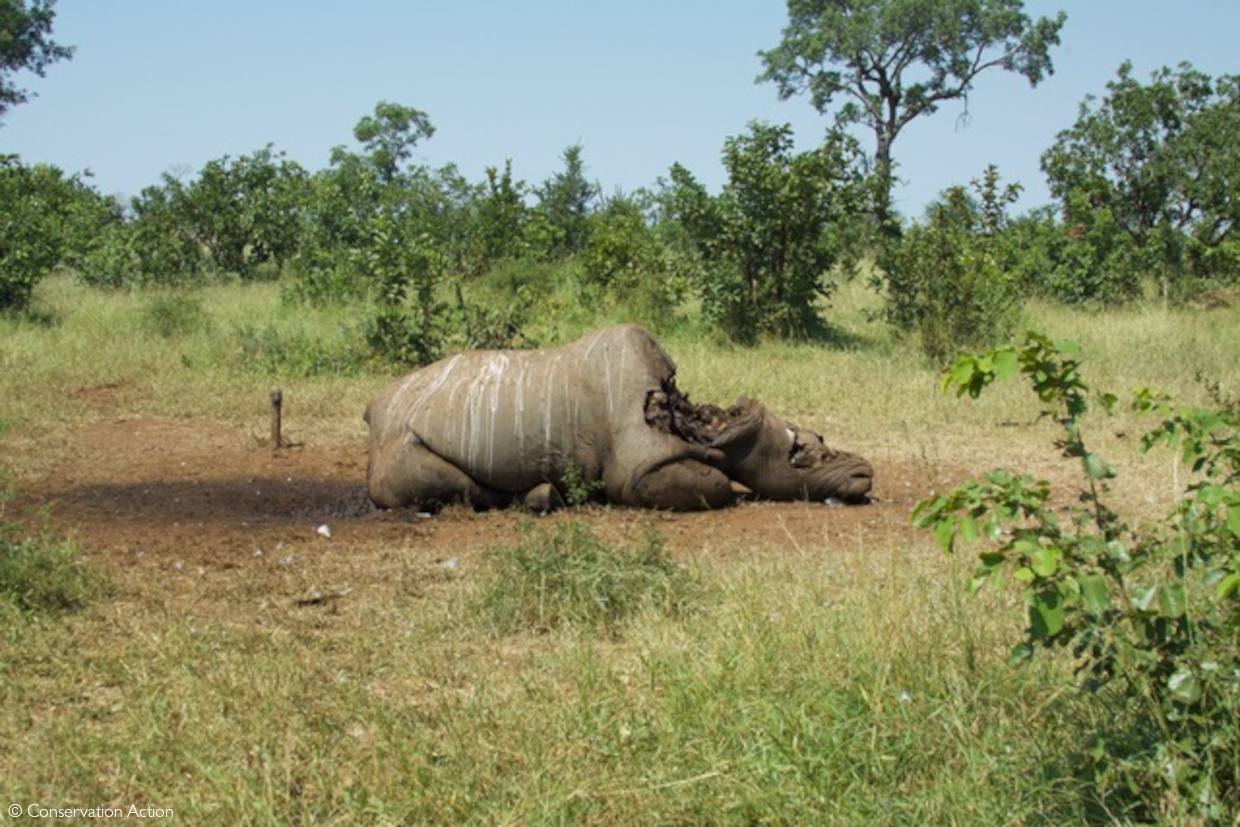 After numbers crashed in the early nineties Botswana engaged in a rhino relocation project in 2001 which spanned over ten years, introducing viable populations of black and white rhinos back into the Okavango Delta.

In June last year, the Botswanan government began removing rhino horns and relocating rhinos away from the Delta in an attempt to reduce the risk of poaching. The official count for poached rhinos was 56 since 2018, marking it the worst onslaught since the country’s black rhino population was wiped out in 1992 and white rhinos dropped to below 30 individuals.

According to Dereck Joubert, who leads the Botswana non-profit Rhinos Without Borders, the relocation of rhinos away from the Delta was essential amid the coronavirus pandemic as poachers were using the absence of safari tourists during lockdown to their advantage. Asian rhino horn traders had also begun to tout rhino horn as a cure for the virus.

At that stage, nearly 50 poached rhinos had been recorded since late 2019. 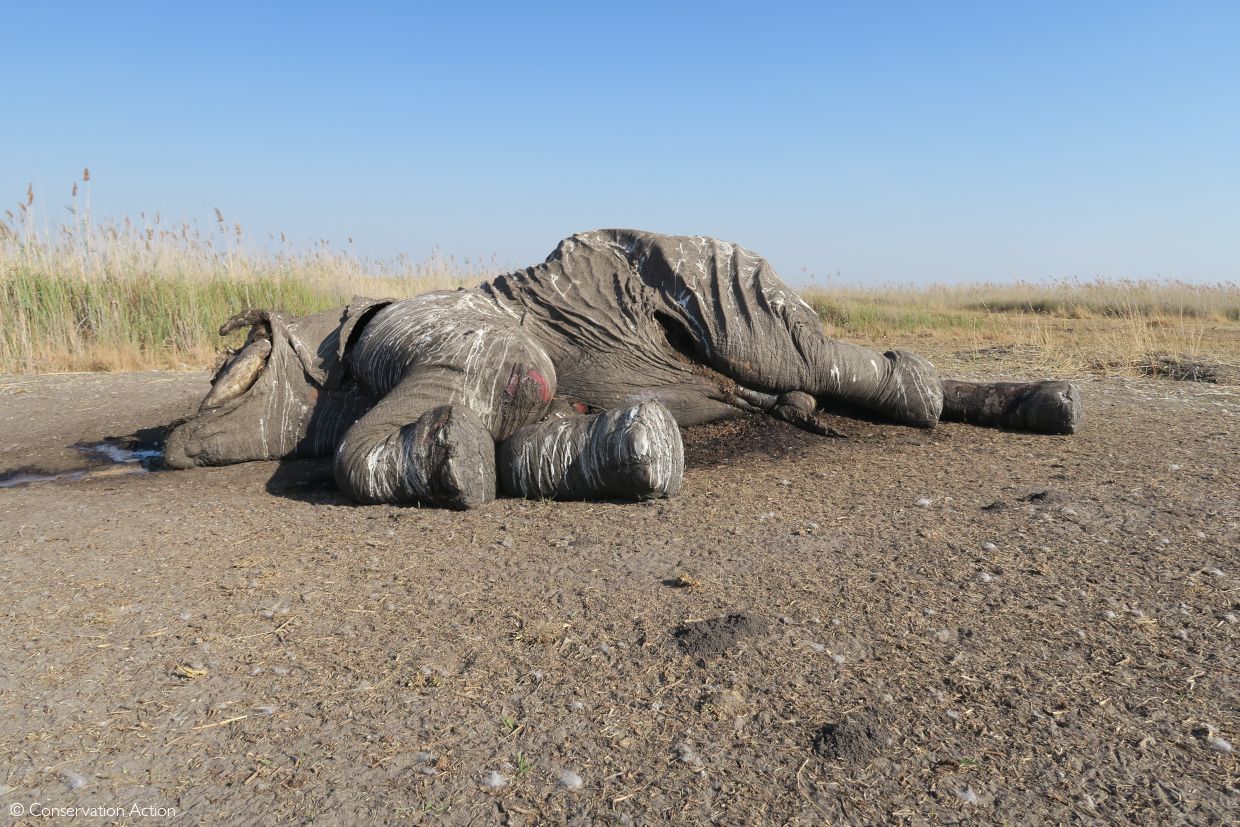 In August 2020, the poaching crisis was still showing no sign of let-up and the government went back on its decision to reduce the military capability of the arms carried by its wildlife rangers. With 17 poachers shot dead in six months in gunfire exchange with the army, it was decided to re-arm anti-poaching rangers with military weapons.

Is this what it seems to be? An attempt by the government to minimise what is obviously a devastating onslaught on the last few remaining rhinos in Botswana; a repeat of their stance on elephants just two years ago?

In 2019, the newly elected President Mokgweetsi Masisi denied that elephant poaching was at a crisis point when aerial surveys revealed that almost 400 elephants had been poached between 2017 and 2018.

“The question remains: why is the Botswanan government not engaging the international community for help? Other countries are using NGOs and civil society to assist them with wildlife crime,” says Adrienne West of Political Animal Lobby. “Botswana cannot expect to tackle an issue of this magnitude alone.”