Rhino horn – Will supporters of trade make their case?

Organisers of a key conference about rhino conservation and the merits or otherwise of introducing a legal trade in rhino horn, scheduled for early April, claim that advocates of trade are threatening to boycott the conference because their point of view will not be represented. 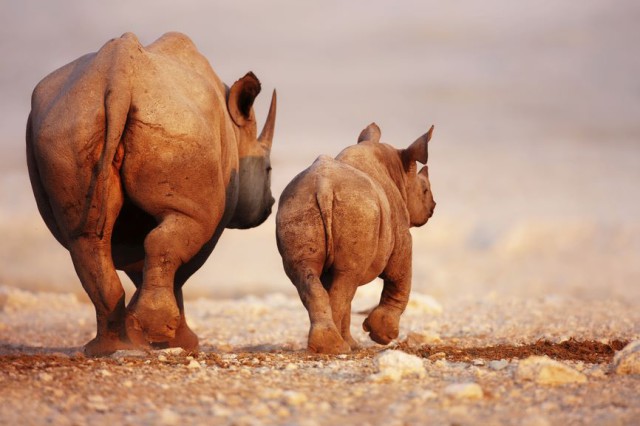 But OSCAP (Outraged SA Citizens Against Poaching), the South African NGO hosting the conference, believes that their potential absence is of their own making as they have been invited to present their case. “We have never disguised the fact that the principal objective of this conference is to allow the South African public to hear, in detail, the reasons why so many conservationists oppose the legalization of rhino horn trade. Typically, their voices get drowned out in this country ” said OSCAP Director Allison Thomson. “There is no question that it is also a great opportunity for those who favour a legal trade to make their case. We don’t want to avoid debate, which is what has happened in the past, and this is why the pro-trade lobby have been invited to attend,” she added.

Commercial trade in high-value wildlife products is one of the most controversial subjects in wildlife conservation. South Africa has long implemented a policy of ‘sustainable utilisation’, which promotes the principle of using wildlife to fulfill current needs, but without jeopardising the benefits for future generations.

However, OSCAP warns of the danger of using the sustainable utilisation principle as a ‘one-size-fits-all’ concept, as this may well have detrimental long term impacts on the environment.

For example, there is a strong probability that the one-off sales of ivory sanctioned in 1999 and 2008 have significantly contributed to the devastating surge in elephant poaching across Africa, and the organization wants to ensure the same mistakes are not made with rhino.

It is public knowledge that the South African government and numerous private sector conservationists and economists, as well as many rhino owners believe that legalising trade is the solution to the rhino poaching crisis. However, this is a viewpoint that is not widely shared and is being questioned both domestically and internationally. Rhino horn trade economics is increasingly being criticised for being based on useless and discredited economic modeling methods.

Given this level of opposition, “We are offering people a perfect opportunity, on an open platform and with media exposure, to argue their case for trade,” says Thomson. “And it’s somewhat contradictory to complain that you are not being represented, but then choosing to boycott when invited” she added.

The conference entitled Assessing the risks of rhino horn trade takes place on the 8th and 9th of April at 2014, and will have a cast of well-known international and local speakers, including some from other rhino range states. Included is Peter Knights of WildAid, Mary Rice of the Environmental Investigation Agency, Francisco Aguayo an independent consultant and Ian Michler. They will address the challenges involved in rhino conservation, the risks associated with the pro-trade policy option, and actions that could help stem the current wave of poaching which has already breached the 150 mark for 2014.

Thomson confirms that her offer to those in favour of trade, including the South African government, the Private Rhino Owners Association and pro-trade economists, remains on the table. “I hope they will take this unique opportunity to challenge those who oppose trade and make their case,” she concluded.

For details of the conference and to reserve tickets please go to www.oscap.co.za or www.oscapconference.co.za.