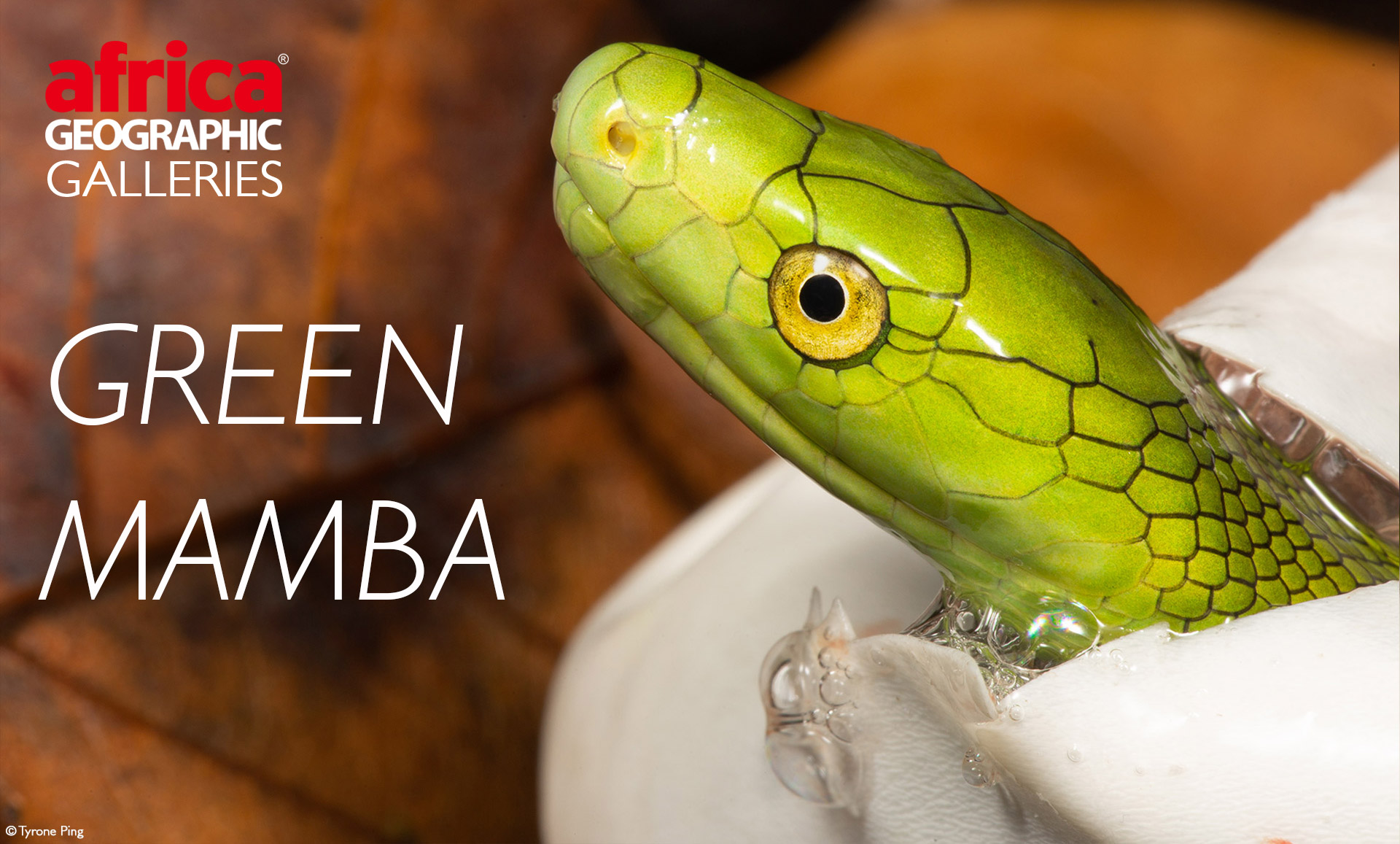 Snakes may not be everyone’s idea of cute and cuddly, and you should obviously never cuddle a potentially venomous snake like a mamba anyway. But you cannot help but marvel at the fascinating way that snakes lay their eggs and then abandon them to the elements and predators like mongooses and monitor lizards.
Towards the end of November 2019, a concerned member of staff at a housing and golf estate on the South Coast of Kwa-Zulu Natal, South Africa called me. This beautiful setting in the lush green indigenous coastal forest and wild bananas plants is a haven for snakes and people – and the two are bound to meet up regularly. In my experience as a snake rescuer and relocator, these encounters usually go one of three ways:

• The snake is seen, left alone and eventually disappears to continue on its way.
• The snake is killed without incident, followed by the person trying to find out what snake it was, often via a social media post.
• While trying to kill or handle the snake, the person is bitten by the snake.

Fortunately, in this case, the call was made to me (it could have been any other qualified snake remover) to catch and relocate the snake.

Watched by a small crowd of onlookers, I removed the gorgeous 1.35m eastern green mamba securely and placed her into a clear bucket for relocation to a suitable location away from the residential estate.

While preparing to release the green mamba, I noticed that she looked extremely heavy towards the lower 2/3rds of the body. I restrained her safely in a perspex tube and gently felt the underside to confirm that she was indeed gravid – carrying a clutch of eggs. It would have been irresponsible to release the pregnant snake in an unfamiliar environment, albeit less than 5km from where she was caught – because she would be unable to find a suitable nesting site and possibly retain the eggs and risk severe internal complications and even death. And so I returned home with the mamba and set her up in a large enclosure with a nesting box – a dark area with a moist substrate. Less than 36 hours later, she had laid seven perfectly formed eggs which are around 5-6cm long and 2.5cm wide. The eggs were then placed in a specialised incubator and incubated at 28.5 degrees Celsius.

Two and a half months later, I noticed the first signs of movement inside the eggs, which were soft to the touch.  On day 73, the first slit appeared, and all babies emerged from the eggs over the next four days.

The baby green mambas were all housed separately in sterile enclosures, and after around seven days, the babies shed their skins for the first time. At 35-40cm in length, they were perfect replicas of the adults and ready to fend for themselves soon after hatching.

All seven young snakes were released in the same area where their mother was captured and released. These snakes were lucky; one caring person made the call and saved the lives of eight eastern green mambas. These snakes now have to avoid the busy roads that dissect this natural paradise, predatory birds, mongoose, even other snakes like the Mozambique spitting cobra. Most importantly, these babies have to avoid the most dangerous predator of all –

These beautiful images speak for themselves. 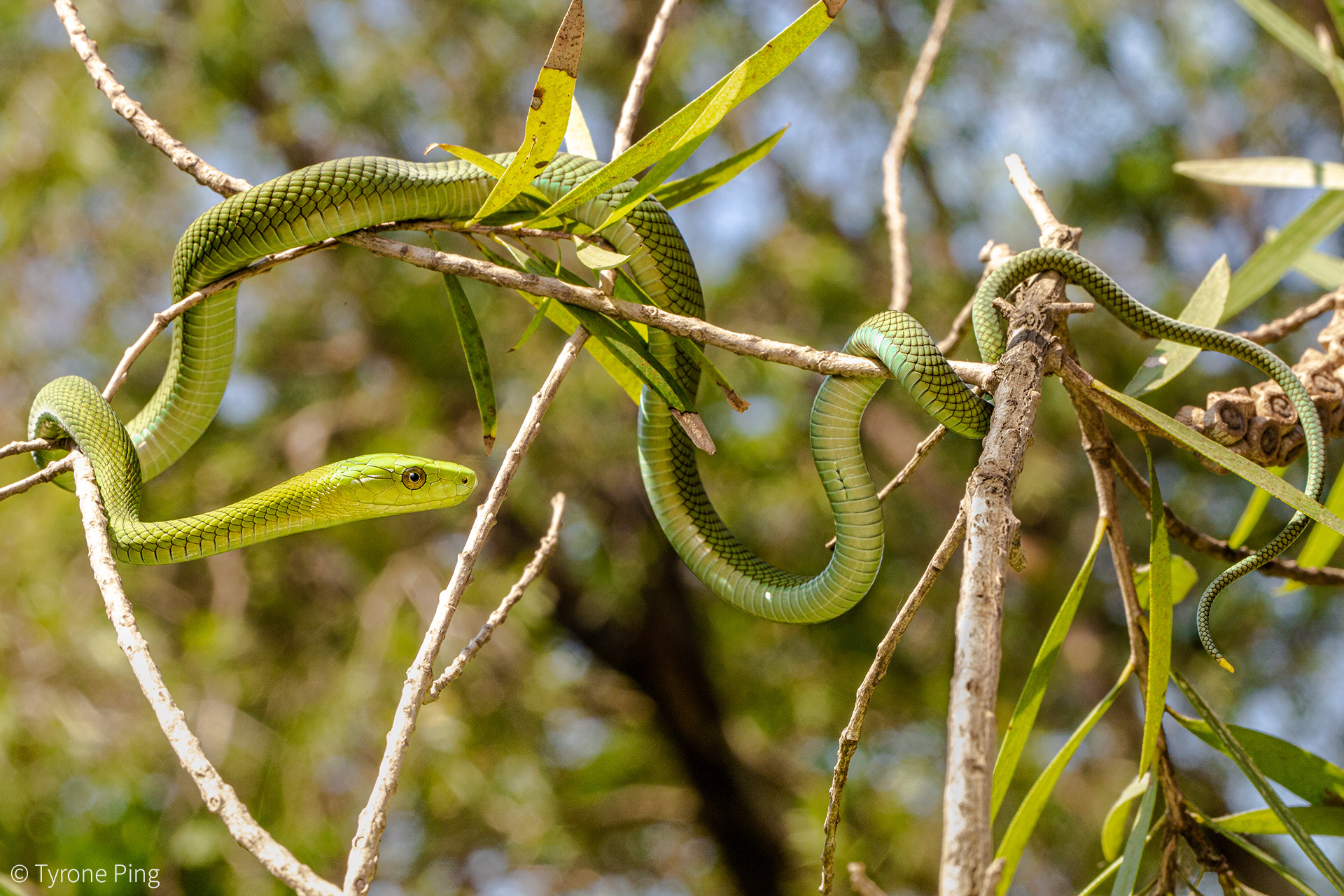 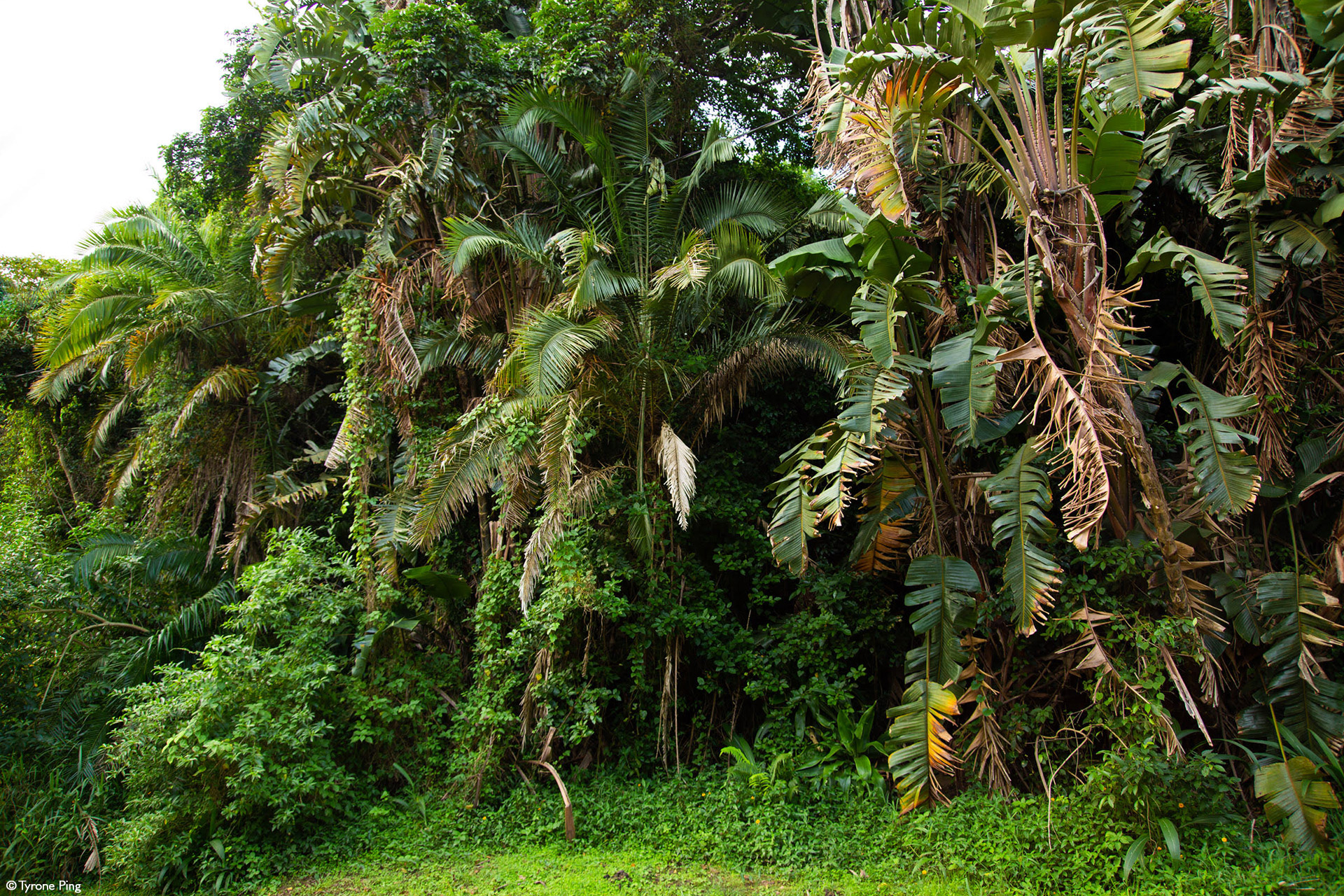 For more images and info on the beautiful snakes, reptiles and amphibians of Southern Africa visit www.tyroneping.co.za