Poachers often target female rhinos as they tend to have larger horns than males, as males wear their horns down when fighting. But often adult females have baby rhinos that will not survive if she is killed.

That is why the Rhino Orphanage in Limpopo, South Africa, is the world’s first centre dedicated solely to baby rhinos. Arrie and Marietjie Van Deventer were the driving force behind this non-profit company. Their love and passion for this cause are at the operation’s heart. 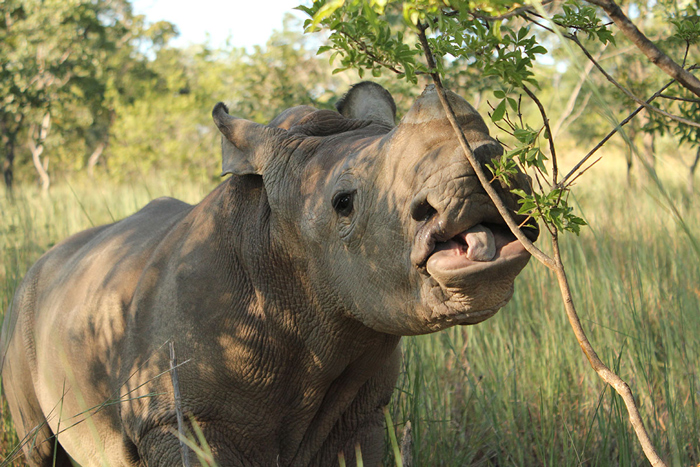 I fell in love with Ntombi, a newly orphaned white rhino calf, in January 2013. She was predicted to be about 12 weeks old and had just arrived at the Rhino Orphanage after suffering 18 hack wounds at the hands of the poachers that killed her mother for her horn.

Her wounds indicated that the assailants had stood side by side, one armed with an axe, the other with a panga. The axe had struck her forehead – the damage was deep and sliced through her skull. She ran around in panic and every time she moved her head, blood splashed out. The panga had cut through where her horn would one day grow and into her nasal cavity and whenever she put her head down to rest, blood would trickle out of her nostril.

I cried the first time I saw her. How could someone do this to an animal? 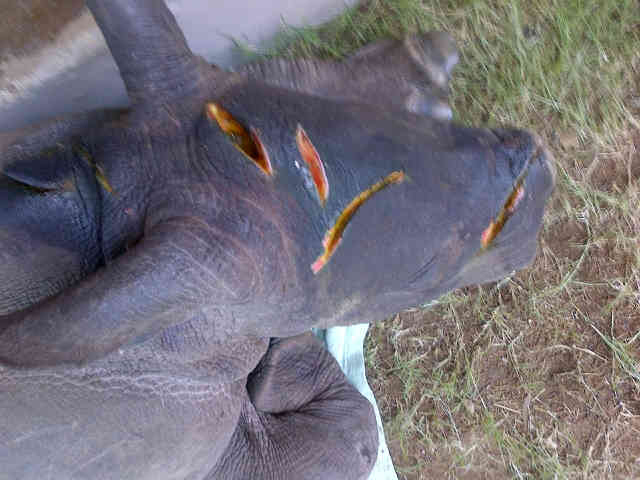 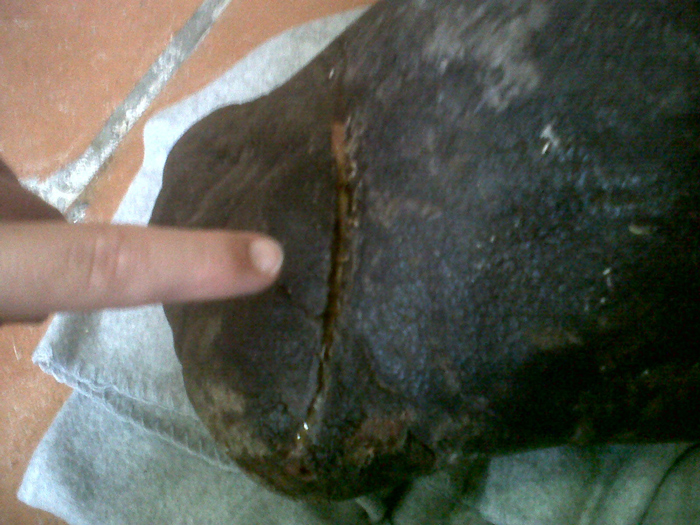 The people responsible for the killing of Ntombi’s mother are still out there and that is a thought that sickens me.

True animal rehabilitation is extremely difficult. Your job is to gain the trust of a traumatised, wild animal, nurse it to health and maturity and later break that bond so the animal can one day continue its life in the wild. Baby rhinos are no exception. This was to be my role in Ntombi’s life, alongside another carer called Vicky.

Being a rhino mum is no small feat, especially when your baby weighs more than you do! Rhino calves spend 24 hours a day with their mothers so even a quick bathroom break can cause distress!

It didn’t take long to earn Ntombi’s trust as she took milk readily from the beginning. This trust was important as her wounds needed tending and cleaning regularly to prevent infection. 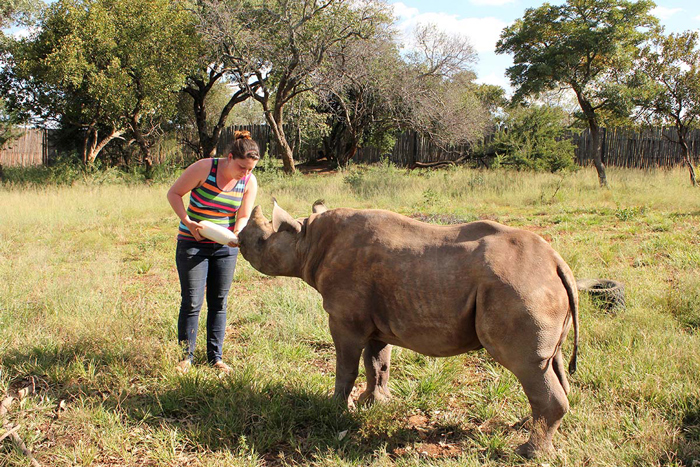 Ntombi adored our company and would regularly seek physical contact. During the day she would sleep for long periods of time. In the morning and afternoon, we walked her in the bush so she could explore and wallow in the mud. At first, she needed coaxing into the mud, but this later became one of her favourite pastimes. At night she curled up with a blanket under a heat lamp and woke us up every three hours for milk. 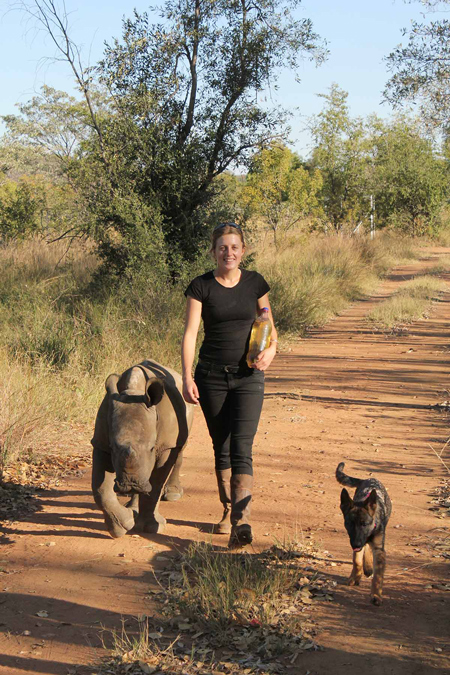 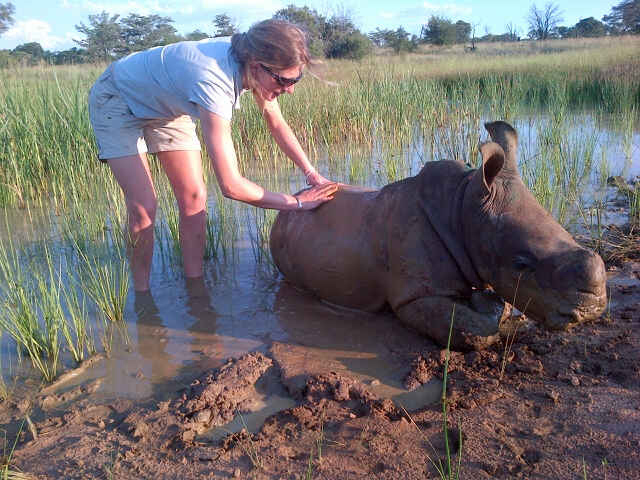 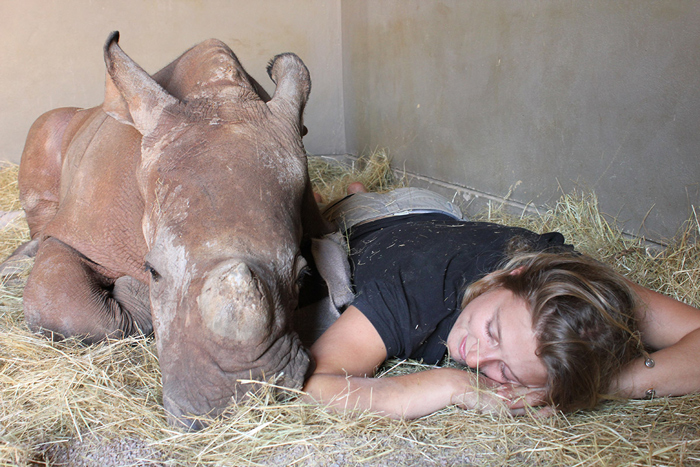 As Ntombi grew physically, so did her personality. She was a bouncy ball of joy who loved to play and was good at getting her own way. I would spend hours upon hours reading aloud to her in the shade whilst she slept peacefully. It is truly a privilege to play a major role in one of these special animal’s lives. The days were long and the nights short, but I loved every second that I spent with my adopted baby.

However, I had some fears – did she understand that she was a rhino? Would she be able to integrate with other rhinos in the wild one day? And most of all, would she be safe when she left me? 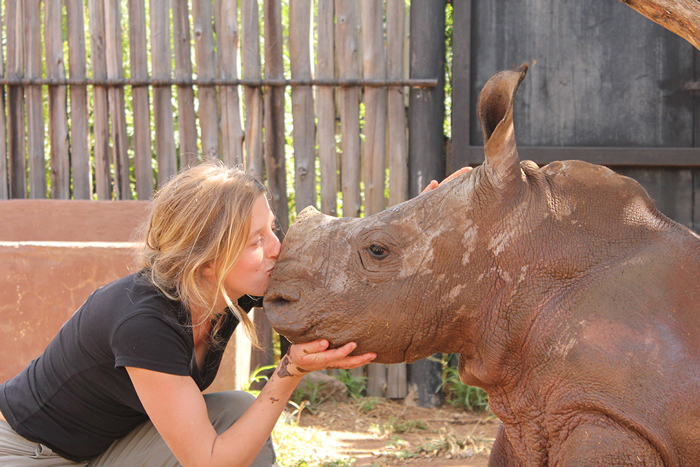 Before too long another orphaned white rhino calf, Nkwe, joined our family. Nkwe was difficult to settle in as she refused milk and didn’t take kindly to humans.

Once she had calmed down and started taking meals, we slowly introduced Ntombi to Nkwe. They were not sure what to make of each other and ran around with their tails curled up. Each expected the other to be a surrogate mother, which led to some confusion, but they soon became the best of friends.

During this time we were able to take a step back and, although we still spent a lot of time with the calves, it was important for them to remember that they were rhinos. They were happy with each other’s company and at night would snuggle up together under the red light. Every time we entered their enclosure we were greeted with rhino pushes and kisses and they would often roll over for a belly rub. 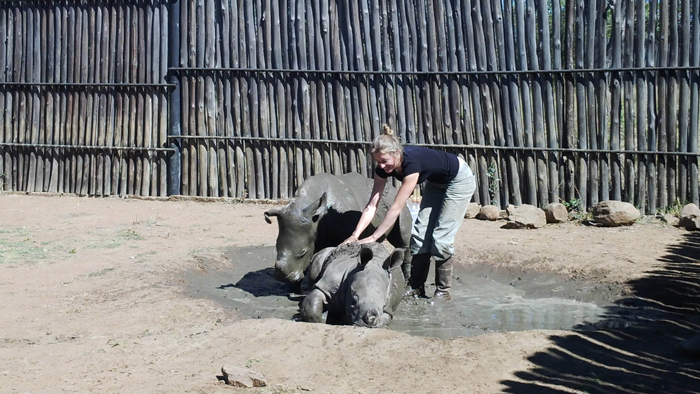 Nkwe and Ntombi are now independent and have been released together into the wild. Not a day passes that I don’t think about these two special rhinos. I pray that they will be safe and that they will have their own young one day – helping to build on the dwindling rhino population. It is thanks to the Rhino Orphanage that these two rhinos are alive, well and free today.