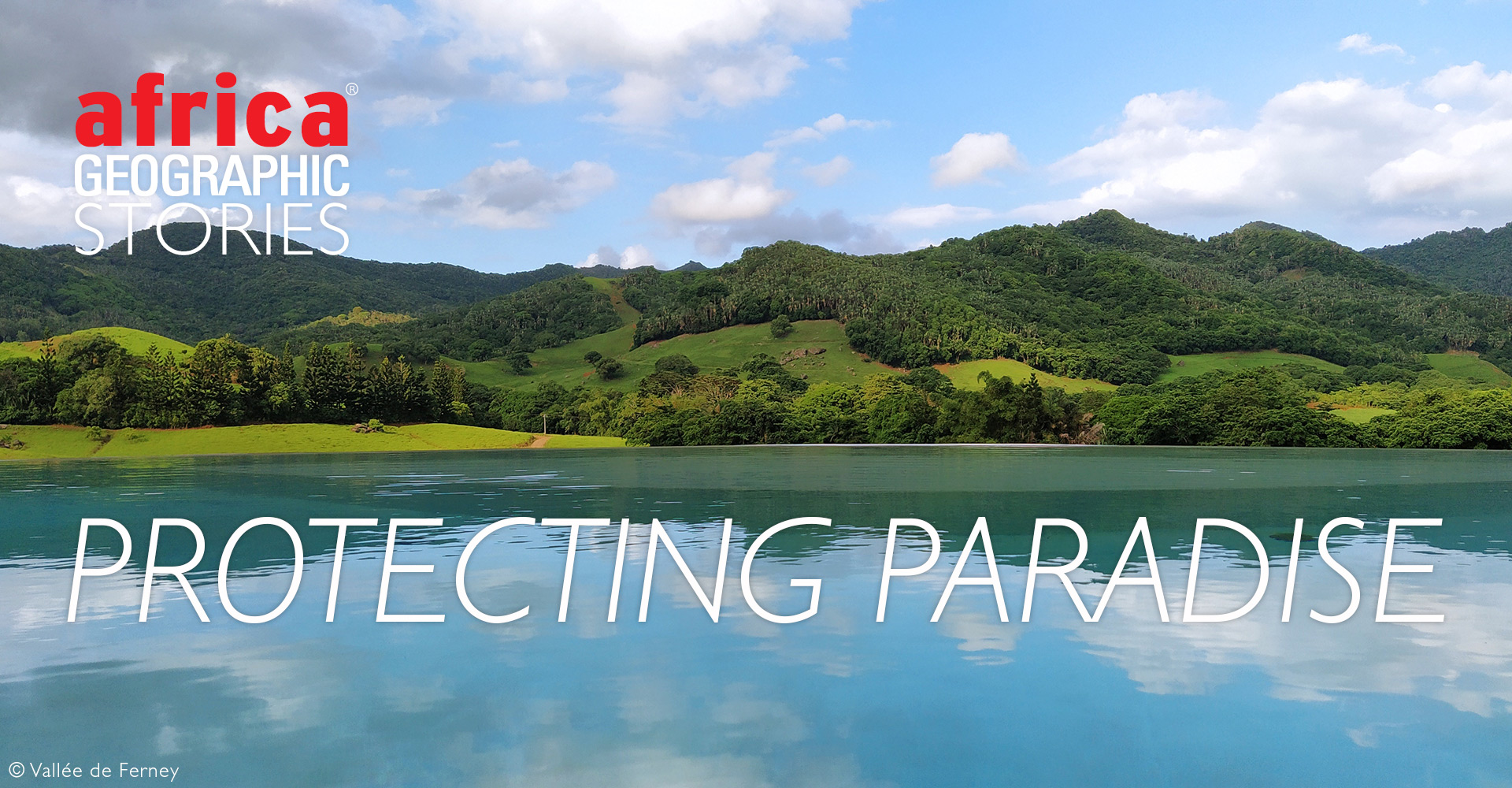 With over 160km of talcum-powder sand beaches, turquoise lagoons, luxury resorts and protected on all sides by an encircling coral reef, Mauritius is an island paradise. That said, there is so much more to Mauritius than just the beach. Away from sunbathing, water sports and busy beaches, the island is a world biodiversity hotspot, a land of volcanic mountains dotted with pockets of ancient forest. It is home to an incredible diversity of wildlife, including some of the world’s most threatened animals and plants. Mauritius is increasingly focusing on ecotourism and, together with several forward-thinking operators, the island has its eye on becoming a world leader in green tourism.

When you live on a small island in the Indian Ocean, you are sensitive to every tiny environmental change that happens around you. As awareness of the importance of maintaining the island’s ecosystem grows, Mauritius is working hard towards its goal of conservation and sustainable tourism. It is this side of Mauritius that I had come to experience on my travels there. 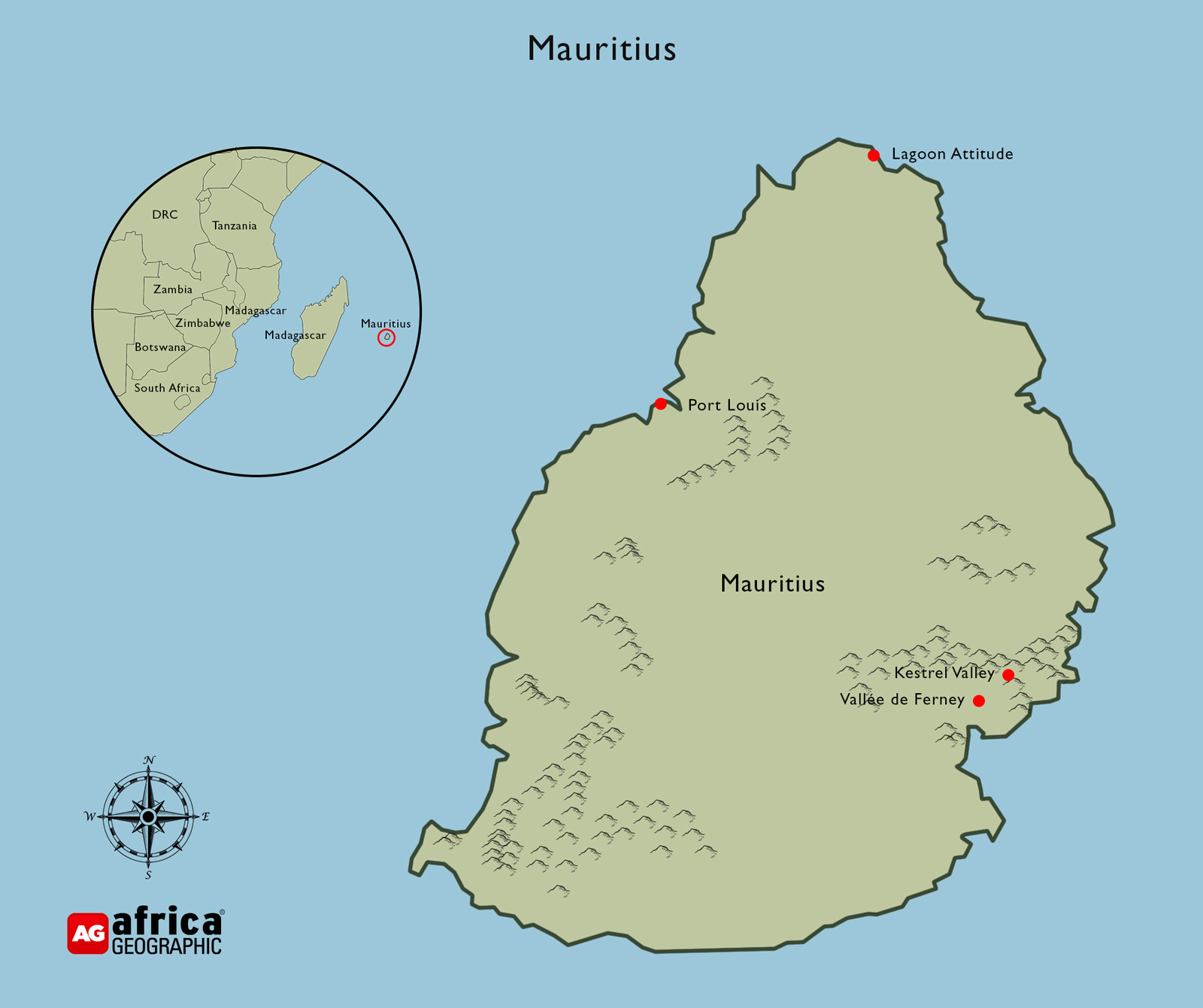 I had been invited to the opening of the Kestrel Valley Nature Reserve, a 200-hectare private nature reserve located in an indigenous Mauritian forest. Previously a deer hunting farm, Kestrel Valley is now under new management and has switched focus to conservation and the protection of endangered species. It serves as the base from which eco-volunteers participate in a variety of conservation programmes. Though the project is primarily targeted at gap-year students and conservation enthusiasts of a generally younger age group than myself (I was, in fact, old enough to be the mother of some of the other participants), I was fortunate enough to experience their hands-on approach to conservation.

The valley is also home to the Mauritian kestrel (Falco punctatus), once one of the most endangered birds in the world but which has since been brought back from the brink of extinction by the concerted efforts of conservationists and scientists. My fellow volunteers and I spent our first few days monitoring and carrying out census counts of the kestrels as well as the endangered Mauritian fruit bats (Pteropus niger – which also roost in the valley). We also took part in alien plant eradication, quite literally weeding in the forest by hand. This particular project, which turned out to be surprisingly rewarding, saw us pulling up and carting out armfuls of invasive plant life to make way for the indigenous plants.

Like most of the Indian Ocean, Mauritius has seen a sharp decrease in its coral reef, primarily due to climate change and aggressive fishing methods. When we had time out from our dry land projects, the volunteers and I got involved with some reef and lagoon conservation projects. We spent a couple of days underwater, gaining hands-on experience in saving the island’s marine environment. Donning masks and snorkels we set off, looking for signs of coral bleaching and invasive species, as well as monitoring some of the island’s critically endangered hawksbill sea turtles (Eretmochelys imbricata).

As we swam through the lagoon, we saw the devastation of previous coral bleaching incidents, times when a sudden rise in water temperatures kills off the coral, leaving it white, desolate, and somewhat depressing.

The following day, we took part in a coral farming project that aims to grow corals and replenish these damaged areas of the island’s reefs. As part of the project, we started the day collecting small fragments of coral from a healthy section of the reef, later transporting them to the ‘farm’. A lot like an underwater garden, the coral farm consists of submerged ‘tables’ that the coral fragments we’d collected were attached to. This attachment process was a bit harder than I had anticipated, and the strong currents tossed me about as I tried repeatedly to get the job done. Eventually, I got the small coral pieces firmly anchored down and hoped they would all flourish!

On a day off from active conservation, we were given a guided tour of the tiny rocky wildlife sanctuary of Ile aux Aigrettes. Resident scientists offered a series of talks and guided walks around the islet and introduced us to some of its more endangered inhabitants, including the pink pigeon which has been brought back from the brink of extinction, along with the Mauritian kestrel and the echo parakeet (Eretmochelys imbricata). We also saw the rare olive white-eyes (Zosterops chloronothos), the brightly coloured Mauritian fody (Foudia rubra), and numerous startlingly vibrant Mauritian ornate day geckos (Phelsuma ornata) as well as the island’s extensive nursery for indigenous and native plants. The passion of the scientists here was contagious, and we left at the end of the day with a new appreciation of the dedication that goes into conservation, habitat restoration and the saving of species.

It was time to move on and see what is being done for conservation elsewhere on the island. After a week of ‘work’ at Kestrel Valley, I was invited to Vallée de Ferney to see their impressive plant and animal restoration project. With less than 2% of the indigenous forest ecosystems of Mauritius remaining, Ferney is one of the last nature reserves on the island – a biodiversity sanctuary where some of the rarest plant and animal species on the island are found.

The valley is another old hunting concession that has been turned over in large part to conservation. There is a stunningly beautiful lodge here and, with only four rooms, you have the feeling of having the place to yourself. Sitting by the pool that night, with our feet dangling in the water, we felt like we were in a lost valley, nestled between the mountains with fruit bats flying overhead as the stars twinkled in the night sky.

A highway was scheduled to be constructed through Vallée de Ferney. Fortunately, before work could commence, surveys of the area led to the discovery of several plant species that were either new to science or were thought to have been extinct. Most exciting of all was the discovery of a handful of specimens of the critically endangered Bois Clou tree (Eugenia bojeri). Local protests saw the highway project scrapped, and in 2006, a 200-hectare nature reserve was established in partnership with Mauritian Wildlife Foundation (MWF) to conserve and restore the indigenous forest in the valley.

The Ferney team have already achieved some remarkable progress. Invasive plants have been removed by hand from 10 hectares of the forest so far, and over 30,000 endemic trees have already been planted, with plans to plant an additional 4,000 indigenous trees in the valley by the end of the year. Another rare tree, Le Manglier Vert (also known as the “manglier rouge” – Sideroxylon puberulum), was also discovered to be growing in the valley and is now under protection. There is also a nursery with a stock of over 11,000 native plants, many of which are rare or critically endangered.

Plants are not the only focus at Ferney. 150 endemic birds have been released into the valley, including endangered echo parakeets, pink pigeons (Nesoenas mayeri – which have bred there successfully) and Mascarene paradise flycatchers (Terpsiphone bourbonnensis). There are also 14 or 15 pairs of Mauritian kestrels in the reserve.

Of course, no trip to Mauritius would be complete without a trip to the beach. But even on a beach holiday, more and more travellers are now looking for a commitment to sustainable development and responsible tourism from their intended destination. Lagoon Attitude, a 182-roomed hotel that overlooks one of the largest lagoons in Mauritius on the northern side of the island, has stepped up to answer these needs. Without doing away with all the glamour of a tropical beachside resort, Lagoon Attitude has introduced a swathe of innovations to keep even the most eco-minded guest happy.

In removing all single-use plastics from the resort, the hotel estimates they have eliminated 690,000 items of plastic litter per annum. The introduction of eco-workshops in upcycling ocean waste and a ‘blue net bag’ collection programme encourages guests to collect litter from the ocean. Switching the cleaning products used on their boats to eco-friendly products prevents further reef degradation, as does providing guests with 100% natural, non-polluting, and locally made sunscreen. By providing reusable water bottles, solar water heating and much more, the hotel has embraced the idea of green tourism. Plans are underway to roll out these changes in all eight other hotels in the Attitude group, making an enormous positive impact on the local environment.

In addition, a Marine Discovery Centre within the hotel grounds houses a marine laboratory employing two full-time scientists who work with a consultant marine biologist. The lab is a base for marine research, coral reef monitoring, a coastal mangrove rehabilitation project. It regularly hosts school visits so that local children can learn about and appreciate how unique their island is.

The United Nations General Assembly declared the 2011 – 2020 the Decade of Biodiversity, aiming to promote the benefits of biodiversity, conservation, sustainability, and a vision of living in harmony with nature. As the decade draws to a close, it is initiatives like the eco-focused places I visited in Mauritius, that demonstrate that you can enjoy paradise without destroying it. 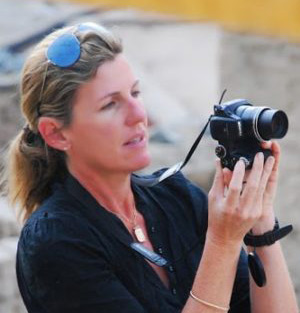 Travel writer, mountain guide and mother, Sarah Kingdom was born and brought up in Sydney, Australia. Coming to Africa at 21, she fell in love with the continent and stayed. Sarah guides on Kilimanjaro several times a year, and has lost count of how many times she has stood on the roof of Africa. She has climbed and guided throughout the Himalayas and now spends most of her time visiting remote places in Africa. When she is not travelling, she runs a cattle ranch in Zambia with her husband.