Posted on May 29, 2017 by Tanya Jacobsen
ShareTweetPinEmailShareShareLinkedIn

Rhinos throughout South Africa are being brutally killed for their horns. In this article, I would like to focus on some of the positive contributions by the private sector and the trials and tribulations that they face in trying to keep rhinos safe – including the need for sustainable funding of private rhino conservation. This article follows my previous post about the role of private game reserves in conservation.

There are many articles in circulation that paint a very negative picture of private rhino owners, as greedy businessmen with no compassion. Although there are some bad apples in the private wildlife industry, these are certainly in the minority, and most private rhino owners have chosen their lifestyles (and livelihoods) based on a love of nature, the African bushveld and wildlife. 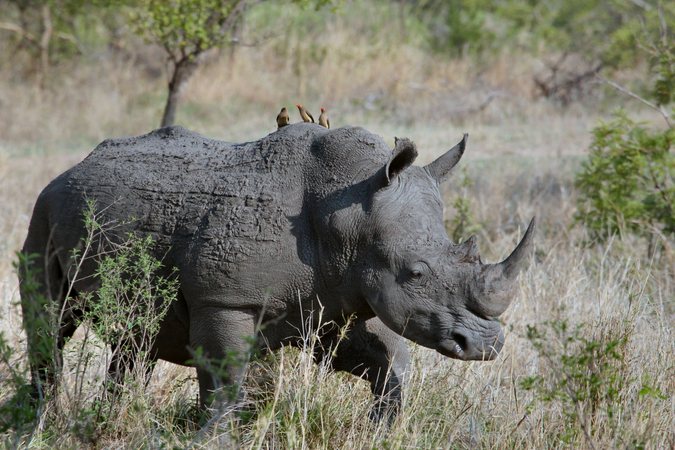 Private reserve owners with rhinos protect their land with adequate fences, good technology and sufficient manpower – and they do so without assistance from taxpayer money, government or donors. So in essence, they are self-sufficient conservationists.

In 2016, 1054 rhinos were poached in South Africa and of these, about 160 were on private land – about 15% of the total and proof that private rhino reserves are working very hard to keep their animals safe.

Private rhino reserves are staffed by tough, dedicated and professional people who strive for the health and well-being of many species of wildlife on the property. These people have years of experience in the bush and generally have a background in nature conservation studies – further testament to their passion for wildlife. These are the people who first come across cruelly poached rhinos and who often must deal with orphaned rhino calves, badly-injured adult rhinos and severely traumatised staff.

At present, there are about 330 private rhino reserves in South Africa and they are home to about 6 500 rhinos – almost a third of the national rhino population, and more rhinos than all the rest of Africa combined. Since 2008, more than 70 private rhino owners have sold their rhinos and opted out of having them on their land. This is due to the ever-increasing risk to rhinos as well as to reserve employees from armed incursions by gangs who wish to kill the rhinos for their horns. As these reserve owners are forced to get rid of their resident rhino populations, rhinos lose twice, in the opportunity to be protected and in the opportunity to establish a mini rhino population in this safe space.

The levels of cruelty seen in rhino poaching incidents leave great emotional distress in their wake, both for the animals and the people that care for them. Numerous rhino owners, wildlife veterinarians, anti-poaching teams and others involved in rhino management are starting to speak out on the effects of these incidents on their psychological well-being – a terrible trauma to have to endure after seeing these animals grow up, play, breed and thrive on your own property. 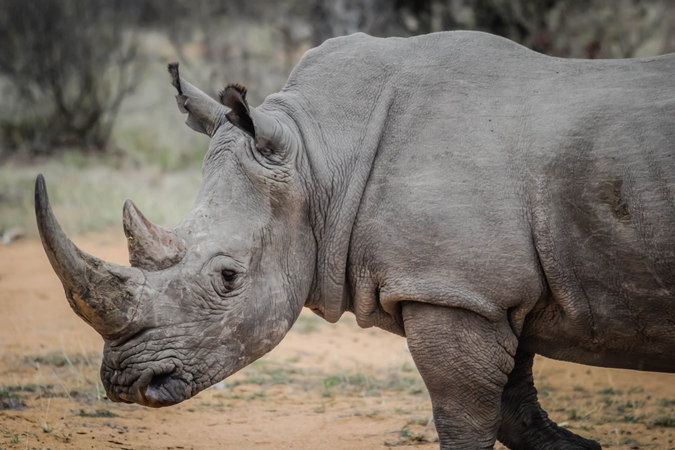 For many private rhino owners, who run close-knit and often family-operated reserves, the idea of having to endure this is enough for them to sell their rhinos on to someone else, who may be better-equipped or in a better financial situation to be able to protect rhinos.

The costs of protecting rhinos have now reached exorbitant levels, with security measures amounting to considerably more than the overall expenses of general management and conservation of rhinos. Private rhino owners have spent more than R2 billion on rhino security specifically over the past eight years. Without some means of being able to generate these funds, more and more private rhino owners will sell or get rid of their rhinos.

Eco-tourism is a business option for a few private reserves, such as Phinda, Shamwari, Manyoni and Kragga Kamma, but tourism is seasonal and the vast majority of tourists (national and international) visit national parks rather than smaller private reserves. Some reserves allow hunting to supplement income but with regards to rhino, this is not the norm – fewer than 80 rhinos were hunted in SA in 2016. Ideally, the buying and selling of live animals to other rhino owners and private and national reserves (for genetic diversity/population establishment, etc.) will bring in these funds, but with rhinos being so costly and difficult to protect, fewer people are willing to take them on. The value of live rhinos has dropped dramatically over the past few years.

If these rhino guardians and our national parks could sell their stockpiles of horn – a sustainable natural product that is taken humanely from the rhinos – the money generated from these sales would go a long way towards keeping the rhinos and other wildlife on the reserve safe and encouraging more and more private wildlife reserve owners to invest in rhino conservation once more.

Tanya Jacobsen has a National Diploma in Nature Conservation. She does part-time consulting work for Private Rhino Owners Association (PROA) and other conservation bodies, including the PR for RhinoAlive.com, an awareness campaign in support of legal trade in rhino horn. She has lived and worked on game reserves since childhood and spent years in wildlife rehabilitation projects, particularly with indigenous birds and small mammals. Her work focuses on awareness/educational programmes, campaigns and networking in conservation issues, with emphasis on areas such as sustainable utilisation and the current rhino poaching crisis in Africa.