POACHERS – the people behind the statistics – a reality check 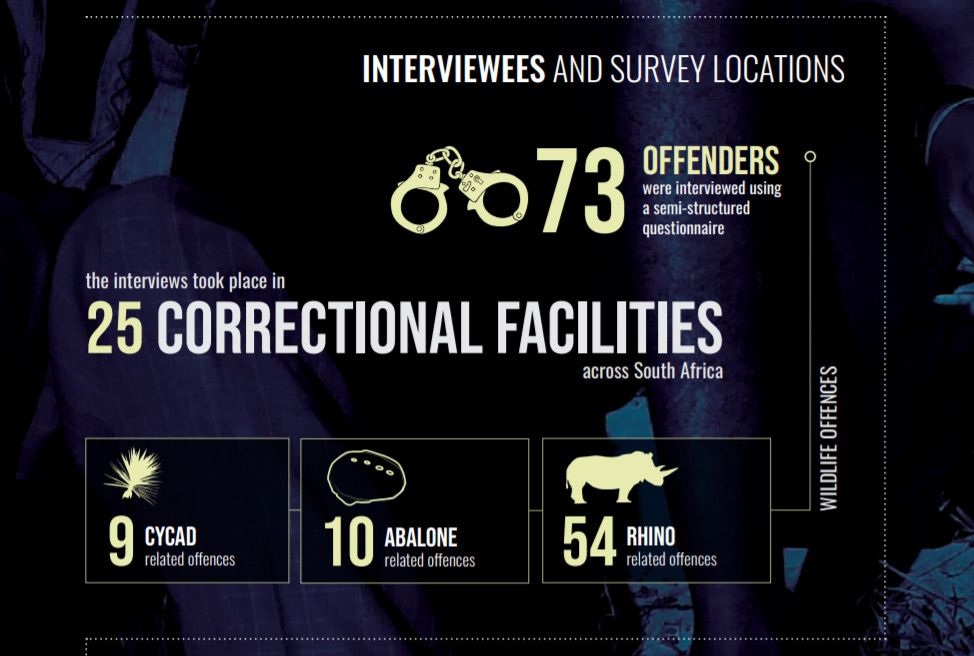 “I just wanted to send my first-born child to school so that he could get an education and be different from me. I wanted him to have the opportunity which I was denied as a child.”

“What attracted me most is that they were living a good life, they had nice houses, and they could afford anything they wanted, whenever they wanted it. I wished for that. One day I went to the tavern with a person who poaches rhinos. We met some other people there. The way they were behaving made me look like I am not man enough because I couldn’t afford what they could. I was turned into a laughingstock in my community.”

“But you know, if I were working, I would not have gone and done this. It’s just sometimes when you are in [a] tough situation; you resort to desperate measures.”

Who are the poachers feeding the illegal wildlife trade and what motivates them? These are fundamental questions that should shape the policies surrounding the fight against illegal wildlife trade but are often dismissed or overlooked. Calling for increased security measures and harsher sentences is the inevitable rallying cry but understanding what motivates a person to enter the world of wildlife crime is equally vital. Now a new report by TRAFFIC investigates the driving factors of poaching activities and how policymakers might go about addressing them, introducing a more nuanced perspective of the first step in the trade in animal parts.

The report indicates that over the past ten years in South Africa alone poachers have taken over 8,000 rhinoceros for their horns, illegally harvested 96 million abalone between 2000 and 2016, and that the illegal trade in cycads is considered the main threat to their survival in the wild. TRAFFIC’s investigation focussed on incarcerated individuals convicted of crimes in the illegal wildlife trade (mostly poaching) in South Africa, a country considered to be key in the illicit trade in wildlife due to the role it plays as a source, transit and destination country. Of the 73 interviewed individuals, 54 were serving sentences for rhino-related offences, 10 for abalone related crimes and 9 for roles in the illegal cycad trade. Of those poachers interviewed: 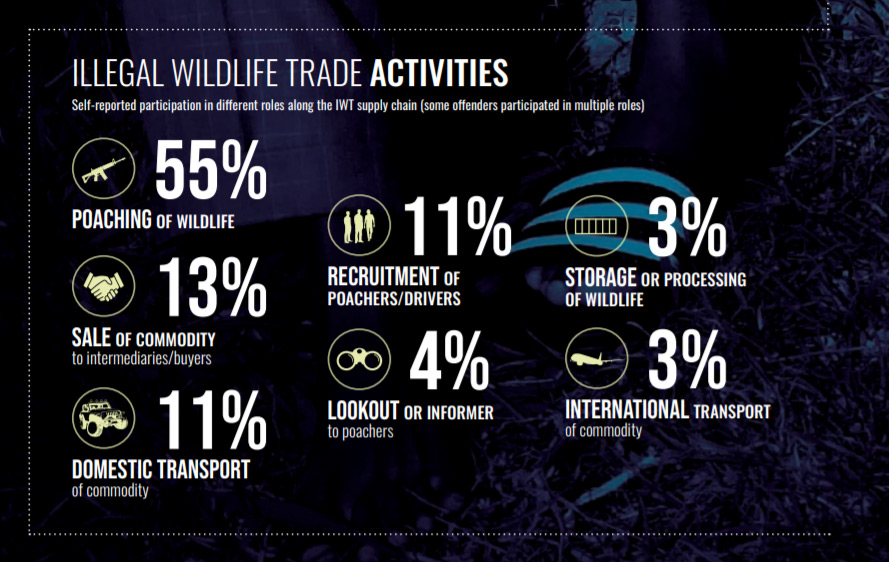 The report goes on to identify several factors that emerged as a common thread during the interviews with poachers.

These factors can be roughly divided into societal, community, and individual motivating factors. Naturally, any individual could be influenced by any combination of particular factors. Therefore, the TRAFFIC report suggests that a combination of collective strategies would be needed to increase compliance and prevent engagement in the trade.

The authors of the TRAFFIC report put forward several recommendations based on the outcomes of the interviews with poachers and the larger socio-economic context in South Africa.

The first is that concerted effort should be placed on investigating, arresting and prosecuting individuals that occupy the higher levels of illegal wildlife trade, rather than simply arresting and prosecuting poachers and drivers. The aspects and strategies outlined by the National Integrated Strategy to Combat Wildlife Trafficking need to be approved and implemented by the South African government as a matter of urgency.

The second recommendation is that the provision of public services such as health care, quality education, employment opportunity, food security and infrastructure are provided to those communities most at risk of being exploited by criminal wildlife trade syndicates. 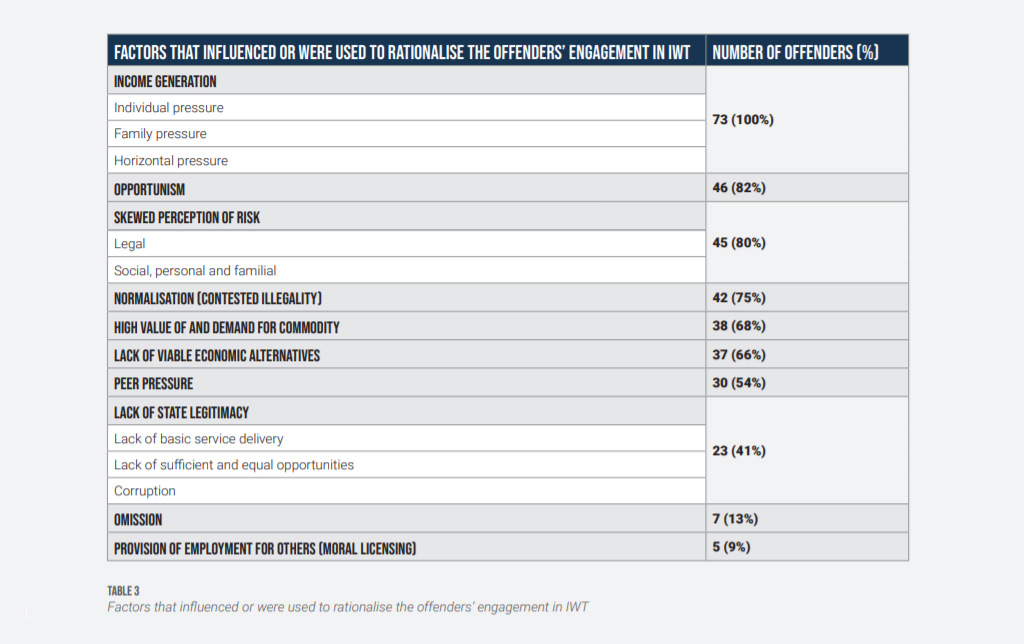 The third recommendation involves local community-based interventions and initiatives (such as the Black Mambas Anti-Poaching Unit), which may include increasing incentives for wildlife stewardship; supporting livelihoods unrelated to wildlife; decreasing the costs associated with human-wildlife conflict; increase the costs of participating in the illegal; or education and awareness-raising.

The final recommendation is for the development of social intervention strategies that emphasise personal and familial consequences (rather than legal ones) and equip individuals with knowledge and tools necessary to resist peer pressure. This could potentially involve the sharing of previously unreported personal consequences experienced by offenders.

While active measures to safeguard South Africa’s precious wildlife resources are essential, the incarceration of ground-level participants such as poachers will have little impact if societal factors continue to motivate their replacements. Addressing some of the economic and social drivers is a significant aspect of the battle against illicit wildlife trade, and this is only possible with a holistic understanding of these drivers. As such, TRAFFIC’s report has wide-reaching ramifications that extend beyond its South African context into the wider world of illegal wildlife trade.

The full report can be accessed here: “The People Beyond the Poaching: Interviews with Convicted Offenders in South Africa”, TRAFFIC (2020)