Opinion: The voice missing from the elephant trophy debate? Africans

Posted on November 24, 2017 by Guest Contributor in the Opinion Editorial post series.
ShareTweetPinEmailShareShareLinkedIn 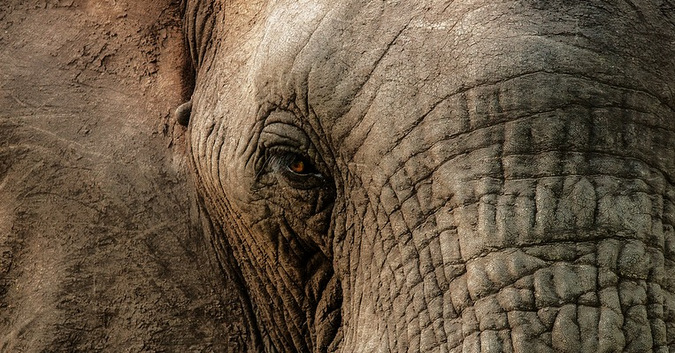 The answers for conserving the earth’s wild creatures seem easy from the office chairs of the affluent west. Ban trophy hunting! Hunt down the poachers! More tourism!

But the social media campaigns and President Trump’s flip-flopping on Twitter over the past few days on U.S. elephant trophy imports from Zimbabwe and Zambia highlight the deficiencies of this model of decision-making. We need a lot less shouting and lot more listening – and to different voices.

How can we help secure a future for wildlife? We know what animal lovers and celebrities will say. We know what the hunting organisations will say. We’ve heard these voices before, loud and clear, with the same simple answers. But what might the people and government of Zimbabwe say (if they could look away from their political crisis)? What might we hear from the bushveld, the mopane scrub or the acacia thickets – from the people who live, raise their children, and make a living alongside elephants and lions?

People are likely to live with wildlife only when they have some realistic incentives to bear the costs of doing so. If wildlife doesn’t in one way or another form part of the livelihoods of people, it will inevitably make way for activities that do. For elephants, these incentives mean tourism and, yes, even trophy hunting.

Zimbabwe has the second-largest population of elephants in Africa at around 83,000 – more than three times as many as Kenya. Many live in formal protected areas, but many live on communal or privately owned lands. These animals are awe-inspiring, socially complex and likely emotionally profound, but for humans up close, they are also huge and dangerous with massive food and water needs.

Human-wildlife conflict is rife, with elephants destroying crops, houses and even killing people. This is set only to worsen as the needs of people intensify – Zimbabwe’s population growth rate of 2.3 percent is among the highest in the world. Almost two-thirds live below the poverty line, with more than 4 million people facing food shortages this year.

While the benefits of hunting for rural communities and as conservation incentives are often airily dismissed as insignificant or uncertain, they can be significant for livelihoods and catalytic for conservation. Between 2005 and 2010, hunting trophy fees generated approximately $11 million for communities in Zimbabwe, and of this, about $7.5 million came from elephants. A little more than half came from Americans. The total of all other benefits, including tourism, was $4 million.

Tourism can be a powerful driver of conservation in the right place, but it is a pipe dream in many of the dusty corners of the communal lands – unless tourists want to spend days travelling over bumpy roads with intermittent electricity and sharing their wildlife views with cattle and goats.

Some of the money – both from hunting and tourism – will never make it to the right people, and instead will go to elites. It’s far from perfect, but at least this business – at least some of the time – keeps these animals in their habitats.

In fact, Zimbabwe has witnessed the power of incentives, with a remarkable and large-scale shift of land use from livestock and crops back to wildlife in the late 20th century, thanks to policy reforms that made it possible for the private sector and community landholders to benefit from conservation. The CAMPFIRE program, which relies heavily on revenue from hunting, enabled communities on communal lands to see wildlife conservation as viable land use and not just a dangerous problem. Despite the government’s chaotic land distribution reforms over the past few decades, some large areas remain managed for wildlife under this program.

But now the tide of public opinion is turning sharply against trophy hunting, as it has done against the ivory trade, once a source of revenue for these same communities. This revenue might dry up forever, along with the conservation incentives they create to coexist with wildlife.

So what do we do? How do we create a future where giants have space to roam? The first step is to recognise that outrage from afar never solved a local problem. We need to hear the voices of local people. Well-meaning people in the West need to stop shouting and start listening.