Posted on November 5, 2018 by Chris Mercer in the Opinion Editorial post series. 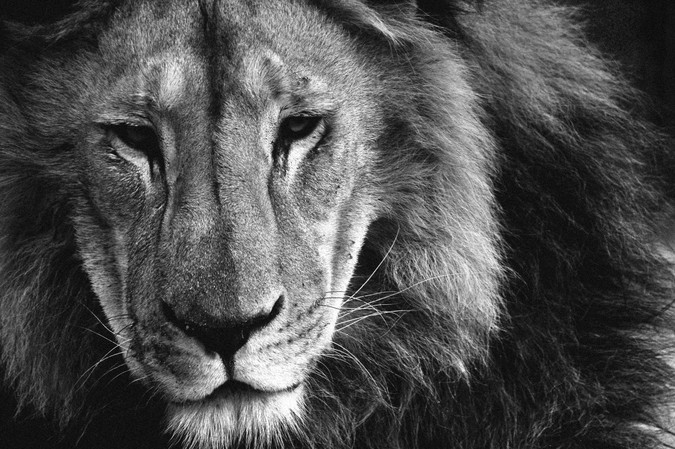 I’ve been re-reading the transcript of the submissions made to the Portfolio Committee of Parliament in Cape Town recently. Some of the arguments advanced on behalf of the hunting industry made me wonder if they were written by a five-year-old child, rather than senior officeholders of hunting associations. Tragically these puerile arguments are accepted as gospel by conservation structures in South Africa.

Here are some howlers, along with my comments:

1. “It was not the practice of canned lion hunting that is damaging the conservation image of the country, it is the activists who keep publicising it. The government should ban people from commenting negatively on canned hunting. South Africa should only show good news and kill the bad news.”

My comment: Yes, this was a serious submission made to Parliament by an executive member of a hunting association. I did not make this up!

My comment: What a sweeping statement! So everyone has a right to make a living in any way he chooses. Like robbing banks? Surely, this right applies only to occupations that are not harmful. Otherwise, on his claim, you could argue that everyone involved in human trafficking or drug dealing had a right to earn a living in that way. Oh, by the way, the number of workers is grossly exaggerated – a few hundred at most are directly involved in hunting.

3. The DEA should not pay any attention to foreign NGOs who give input on how African wildlife should be managed. The DEA should only listen to Africans. And the Chinese.  Not to any western colonial national.

My comment: Does that also mean that the SA government should not listen to any foreign hunting organisations such as Safari Club International?

4. Hunting brings in more than 1 billion rands of foreign currency to South Africa every year.

My comment: Ah! So now the criterion for legitimacy is how much money you make. The argument is that, if the industry makes a lot of money for its members, it should not be banned. On that argument, the sale of narcotic drugs should be legalised immediately since drug dealers surely make many times more money than the lion hunting industry. And what about the human trafficking industry? Should we also legalise that as well because it makes a lot of money for its perpetrators? Surely the question is not how much money an industry makes, but whether it is harmful. That is why human trafficking and drug dealing are banned and it is why canned lion hunting and lion farming should be banned too. How much money the industry makes is completely and utterly irrelevant. We are talking conservation here, not finance.

5. Lions should be hunted because otherwise, they would be “an economic burden on South Africa. One lion consumes food to the value of R120,000 per year. That equated to R250 million in economic value that they ate.”

My comment: Again, I’m not making this stuff up. We must kill lions because they eat too much? Really? Seriously? This is taken verbatim from the transcript.

And it is not only the hunting fraternity that is guilty of muddled reasoning and crooked thinking. Here from the hallowed halls of Oxford University comes a wondrous academic who advances the following perverse reason to promote canned lion hunting and the lion bone trade.

6. According to the precautionary approach, Dr Sas-Rolfes stressed, it should be incumbent upon proponents of a zero quota to provide assurances, backed up by scientific evidence, that it would not lead to expansion of illegal trade and the poaching of wild lions or other wild cat species.

My comment: Wow! Let’s unpack this little gem of logic. The cautionary rule is a law in South Africa that requires conservationists to take action against any potential threat even if there is insufficient scientific evidence to quantify or measure it. It is a law that is designed to protect the environment, not the commercial interests of polluters or animal abusers.

The good academic takes this law and applies it to an assumption which he has made that the killing of a tame lion prevents the hunting of wild lion. There is not a shred of scientific evidence to support his assumption; on the contrary, tiger farming for the sale of body parts is banned by CITES because everyone knows that allowing a legal trade in animal parts will inevitably stimulate an illegal trade.

Having made a false assumption, he then stands the precautionary rule on its head and applies it against conservationists who warn of the dangers of allowing the export of lion bones to Asia. In other words, he is taking a precautionary rule designed to protect the environment and using it to protect the commercial interests of lion farmers and canned lion hunting operators.

So on the basis of such childish arguments as these, the SA government Department of Environment (DEA) not only permits, but vigorously promotes, a lion farming industry which:

• Inflicts routine cruelty on helpless animals on an industrial scale;

• Sabotages the efforts of the Department of Tourism to promote SA as a responsible tourism destination;

• Has no conservation benefit; and

I also found some other interesting snippets in the transcripts:

SANBI (the scientific authority of the South African National Biodiversity Institute) who was consulted by the DEA with regard to the quota for lion bone trade to Asia, indicated that “it was not answerable to the public.”

Wow! Even though it operates 100% on public funds? Is that acceptable?

At the end of the transcript the committee announced that a report on the colloquium would be prepared and handed to the committee for further consideration. That has been delayed – perhaps partly due to the untimely death of Minister Edna Molewa, but is expected to be handed to the Portfolio Committee next week.

Then what? I’d love to be an optimist but I suspect that in five years time lion farming will still be flourishing in South Africa.

Chris Mercer founded and runs the NGO Campaign Against Canned Hunting, an international group of activists working to bring the despicable business of canned lion hunting to an end. He lives in the Klein Karoo where he runs a wildlife sanctuary. He is the author of a book about the Harnas Lion Foundation in Namibia titled For the Love of Wildlife, and also the book titled Kalahari Dream that describes the seven years he and his partner Bev spent rescuing wildlife.