Posted on August 28, 2017 by News Desk in the News Desk post series.
ShareTweetPinEmailShareShareLinkedIn

The first three-day online rhino horn auction came to a close this past Friday and has been met with “disappointing” results, according to South African rhino farmer, John Hume.

Hume claims that there were fewer bidders and sales than expected, amidst an outcry from conservationists. 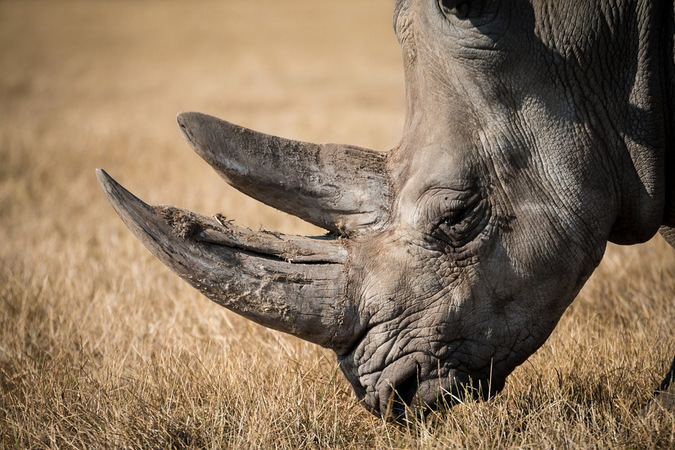 Hume, who owns a rhino farm in Johannesburg, blamed the last-minute issuing of the auction sale permit by Environmental Affair Minister Edna Molewa, leaving potential bidders less than two days to sign up and pay the R100,000 registration fee to gain access to the online auction.

The auction website – that was translated into Chinese and Vietnamese – advertised 264 rhino horns up for auction (almost 500kgs) and was catered toward both local and foreign buyers.

His lawyers released a formal statement from Hume stating, “The auction yielded fewer bidders and fewer sales than anticipated‚ but the legal domestic trade has now been re-established and the road has been paved for future sales”.

He continued, saying that “no longer will rhino need to be killed for their horn. No longer shall the supply come exclusively from dead rhino. From this day live rhino shall become more valuable than dead rhino. Despite government bullying tactics and illogical unsustainable animal rights propaganda‚ we will continue our fight to bring this dark trade into the light in order to conserve our rhinos”.

The names of the buyers, along with the prices the horns were sold at, will not be published. However, according to Hume’s lawyers, “all bidders were duly authorised to participate in the auction and were issued with legally required permits to participate”.

Hume owns 1,500 rhinos on his farm in South Africa, and harvests the horns on a regular basis. He says the method of removing the horns are humane and painless, placing the rhino under sedation while carefully sawing the horn off at a point where it allows for natural regrowth. He also says that this method wards off poachers.

Also read: South African rhino ranch keeps poachers away, but at a cost