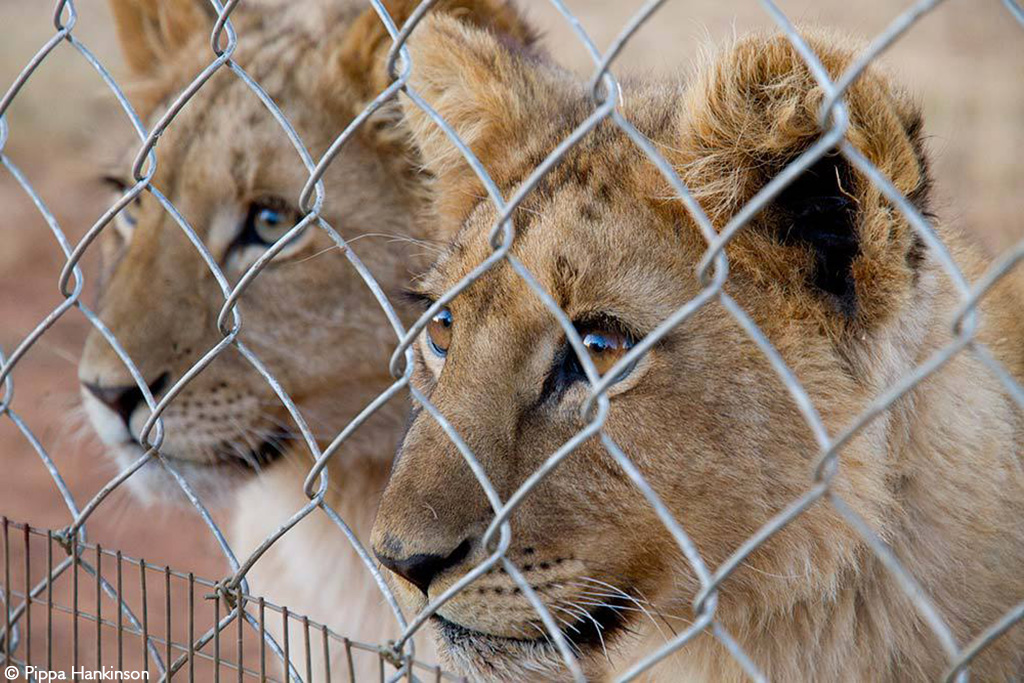 Minister Creecy of the Department of Forestry, Fisheries and the Environment (DFFE) today announced that the Government of South Africa will act on the High-Level Panel’s recommendations to bring an end to the commercial captive lion industry in South Africa.

Her announcement accompanied the release of the 600-page High-Level Panel Report, which identified that South Africa’s captive lion industry:

“I have requested the department to action this accordingly and ensure that the necessary consultation in implementation is conducted”, said Minister Creecy. “In adopting the recommendations, it is important to indicate that the key outcomes for the country will include… the ending of certain inhumane and irresponsible practices that greatly harm the reputation of South Africa and the position of South Africa as a leader in conservation”.

She did not, however, address the Report’s recommendation that the DFFE establish an independent committee to formulate a process for the ethical and humane euthanasia of the lions currently in captivity, in consultation with captive lion breeders and keepers, and other stakeholders.

The Minister’s announcement also references the Panel’s recommendations regarding the safeguarding of rhinos in South Africa in the future. Her announcement acknowledges that South Africa protects the largest component of the global rhino population. As such, the country should play a global leadership role in their conservation. As such, the Government will make no further proposals to CITES for trade in rhino horn until certain conditions are met, including developing a global consensus on the legal international trade in rhino horn.

The High-Level Panel was established on the 10th of October 2019 after the then Portfolio Committee on Environmental Affairs requested the DFFE to initiate a policy and legislative review to put an end to captive lion breeding. The Panel comprised 25 individual members, including experienced conservationists, ecologists, hunting industry representatives, wildlife ranching experts, animal welfare scientists, traditional leaders, and a representative of the captive predator industry. They were tasked to “review policies, legislation and practices on matters related to the management, breeding, hunting, trade and handling of elephant, lion, leopard and rhinoceros”.

The Panel’s goals and recommendations are based on a vision of “secured, restored and rewilded natural landscapes with thriving populations of elephant, lion, rhino, and leopard, as indicators for a vibrant, responsible, inclusive, transformed and sustainable wildlife sector”.

The Report also expresses concerns over the listing of wildlife under the Animal Improvement Act. It warns that the potential intensification of management practices poses significant welfare risks that will exacerbate the current challenges being experienced. While the Minister makes no reference to this in her announcement, she states that South Africa will be adopting a One Welfare approach to wildlife welfare. (The ‘One Welfare’ approach highlights the interconnections between animal welfare, human well-being, and the environment.)

In a joint media statement, Blood Lions and World Animal Protection, two organisations at the front of the fight against the captive lion industry, “congratulate the Minister on these bold steps and offer their full support in developing and implementing a responsible phase-out plan in order to ensure that the commercial predator breeding industry is successfully closed down in South Africa, once and for all.”

See also: Statement by Minister Creecy: Release of Report of high-level Panel the 2nd of May 2021

The comprehensive 600-page report, including the minority opinions on captive lion breeding and rhino management, can be accessed here. The relevant recommendations regarding the captive lion industry can be found on page 328.