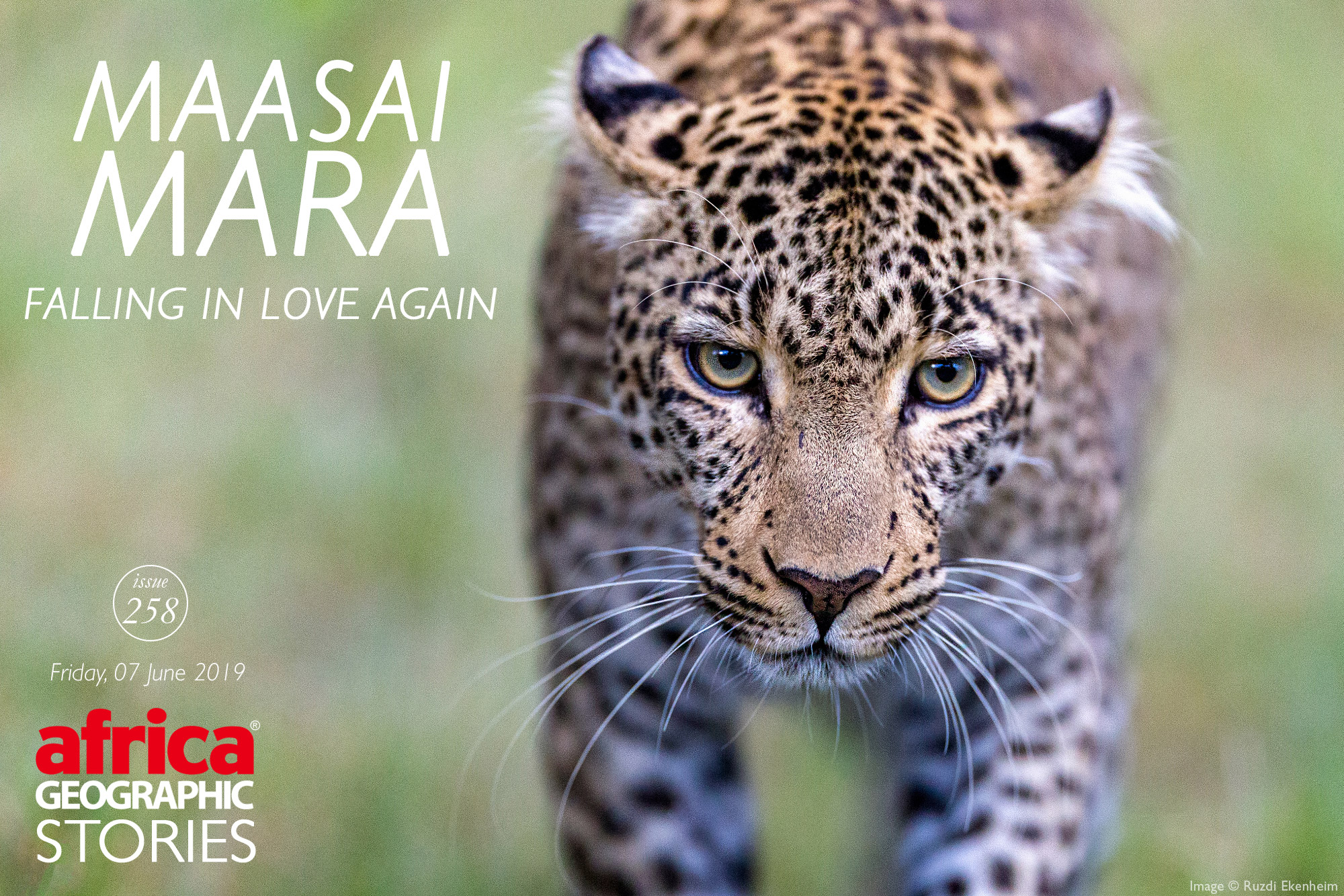 Experiencing a photographic safari like no other in the Maasai Mara

My life had been in a state of limbo since my adventure on a Botswana mobile tented safari with my new friends Philimon, BK and Joe. How does one top that experience in Botswana, when your definition of travel is the journey itself, and being as far away as possible from the iPhone and iPad-toting hordes of tourists, and the luxury lodges that all look the same and offer the same experience?

After doing my research, I was getting depressed because the kind of exclusivity I crave as a photographer is a must if you want to take those amazing shots that you will savour for the rest of your life. Getting those shots requires your own vehicle and guide, access to areas not teeming with other tourists, and spending hours with your subject matter.

And if you are serious about wildlife photography, a couple of days in Africa is not nearly good enough; you need a minimum of a week. Let’s face it, the likely cost of all of this exclusivity can be staggering…

And so, after weeks of fruitless searching, I reverted to the travel team at Africa Geographic, who had arranged my Botswana safari. A few hours later there was a reply in my mailbox:

‘Hi! We think that we have something right up your ally, something new! We have teamed up with a professional photographer in the Maasai Mara! He’s got his own camp right there, with easy access in and out of the Mara’.

Hmm, I have been to the Maasai Mara seven times before, and although it is a fantastic place, the crowds can be a bit off-putting for an experienced traveller seeking exclusivity. But okay, you have my attention. Tell me more.

‘He’s got this specially rebuilt 4×4 vehicle, and permits to go offroad – where most tourists cannot go. And the best thing is that they can close down the camp just for you – you will be the only guest’.

At this stage, I wondered if I would have to sell both kidneys and mortgage my home to afford what sounded like heaven. But no, the price was amazing, considering the level of exclusivity. I paid in a rush to stake my claim.

Soon after I found myself flying into Kenya and was winging my way from Nairobi to the Maasai Mara on a Safarilink flight, instead of my usual long and bumpy minibus option.

On touchdown in the Maasai Mara, I was greeted by guide and camp manager John Siololo (also known as Big John). I looked around in suspicion, nope – I was the only passenger going with him in his vehicle. And yes, the vehicle was modified for photography – with the back doors removed and an extended floor on both sides. Brilliant!

Before long, we encountered our first giraffes and wildebeests, and I breathed in deeply. I was home…

The following ten days would take me to a new level of photography, thanks to Big John’s deep understanding of animal behaviour, and the ability to get us in the right position time after time. I was falling in love with the Maasai Mara, again.

Our daily routine was pretty standard while on safari. We would leave camp at 05h45 and be well inside the Maasai Mara and enjoying our first sightings by 06h00, and the ‘golden hour’ of early morning light soon after. Then we would head back to camp around 11h00, lunch by 13h00, downtime and then back out at 16h00 until sunset at about 18h30. Then back to camp, download the images, dinner at 20h00, shower, etc. and hit the pillow by 22h00!

And speaking about the camp, I found that it was perfectly suited for all my needs: a huge tent all to myself, a flushing toilet, a shower with hot and cold water, and a solar energy battery charger.

How was it then, to be back in the Maasai Mara? Amazing, magnificent, relaxing, fun and all the other superlatives. You never know what’s going to happen next, or what is around the corner – a giant prehistoric-looking crocodile calmly basking in the sun, or perhaps a pride of lions feasting on a zebra carcass. Rather than attempt to explain all in writing, I hope that my photos tell the story.

My favourite moment? On one occasion we were cruising along when Big John suddenly hits the brakes, turns the wheel and we come to a halt. I look around expectantly. Nothing.

“Wait, wait and get ready,” he responds.

Without another word I crawl onto the floor, lie prone and direct my camera into the green unknown and wait… and then suddenly movement… and there she is!

A leopardess known as ‘Fig’ appears through the dense vegetation carrying her kill, and she has a cub with her – I cannot believe my luck! Next thing they settle down right in front of us – just me and Big John. Nobody else in the entire world is having this moment. The cub is all over his mom as they play, and my camera is getting red hot as I fire off image after image – hundreds and hundreds of images.

Soon we are joined by other vehicles, but nobody else shares my front-row view. On my right is the BBC, with the famous Canon Ambassador Jonathan Scott! He looks at me, smiles and gives the thumbs up! I have the best seat in the house, and I am in heaven, on top of the world.

Then Fig is done playing with her cub, so she gets up and starts walking towards me with her cub in tow. I’m about 75cm off the ground, and this exquisite killing machine is walking directly towards me, those molten eyes looking straight through the lens and into my brain. Clackety-clack goes my camera. She is now so close that I could, if I had a death wish, reach out and scratch her behind the ears!

My camera is now useless, as she is beyond the focusing limit – just a blur. She walks under me and the vehicle and disappears from view. But the awesomeness of this moment of exclusivity is not over yet. Her cub has decided that he’s going to follow his mom! Repeat performance. Clackity-clackity-clack, then blur, and he’s gone. I’m no longer on top of the world; I’m on top of the universe.

Once I start breathing again, Big John looks down at me as I lie prone on the floor of the vehicle, “Did you get the picture?”

I roll over and start laughing, emotion washing over me, tears in my eyes. “If not, I will sue Canon.”

Classic safari moment? On one morning, we were headed south to locate the Five Musketeers, a famous coalition of five cheetah brothers from two different mothers. It was an early start, so we stopped for breakfast under a tree. Suddenly a snake falls out of the tree and hits the ground just next to Big John, before slithering into the vehicle!

Big John radioed for help – the snake had disappeared, and we were not sure whether it was harmless, or dangerous – like a black mamba. Before long, three other vehicles packed with tourists of various nationalities pitched up to help. The advice came from all directions, even from some non-English speaking French people, and some of the advice was pretty exotic. But nobody wanted to search for the snake! After a while we extracted ourselves from the impromptu gathering of snake experts and drove away, me joining Big John at the front and leaving the rest of the vehicle to the snake. We never found the snake. But we did find the Five Musketeers. And plenty more, as my photos will show you.

My final observation is that the more time you spend out there on the plains, the ‘luckier’ you will be. The great location of Oltepesi Tented Safari Camp helps of course, as does having an expert guide and good equipment. But also, patience is the key ingredient to good wildlife photography. And passion. 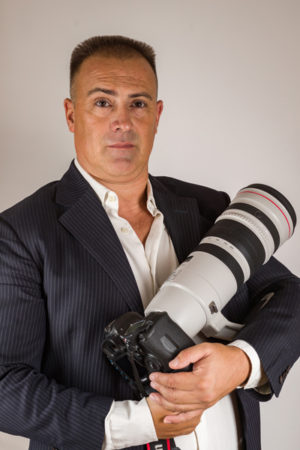 I was born in New York, grew up in Sweden, and am currently living in the Balkans, using it as the base for my travels around the globe.
While growing up, I became fascinated by the glamour magazines of the 70s and 80s, which ignited my passion for photography, paired with great love and respect for wildlife. After spending time in the army, I returned to my passion for photography, moving to Kenya on a work assignment.
Today, I work as a professional photographer and business consultant with a speciality in strategy and tactics in eastern Europe, which I can pair with my photography business.
The highlight in my photographic career was when I was nominated by the editors of National Geographic for the Wildlife Photographer of the Year Awards in 2017.