Lions return to iSimangaliso in memory of Mandela 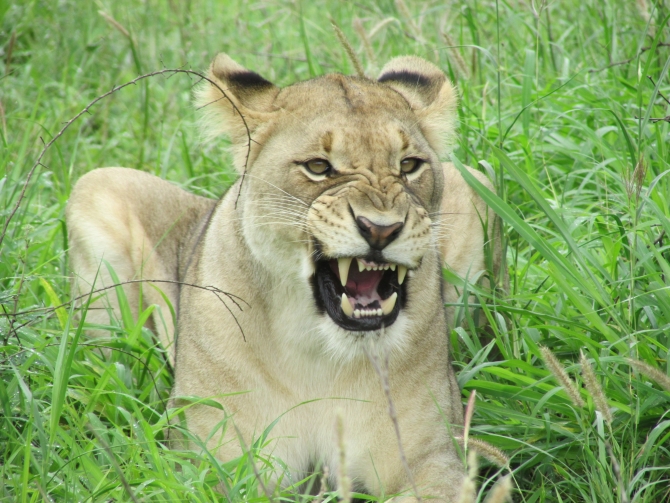 The addition of lions affords the park Big 7 status, with all of the key terrestrial animals present plus whales and sharks in the marine section. The marine section also includes turtles and the myriad of life on the coral reefs, making iSimangaliso (previously known as the Greater St. Lucia Wetland Park) one of the most diverse parks in Africa.

“The iSimangaliso Authority dedicates the historic reintroductions of lion into iSimangaliso, to the memory of our leader and former President Tata Nelson Rolihlahla Mandela,” said Mavuso Msimang, iSimangaliso Wetland Park Authority board chairman.

In 1999 iSimangaliso Wetland Park was listed as a world heritage site and South Africa’s foremost natural wonder, along with Robben Island and the Cradle of Humankind, during the time of Mandela’s Presidency.

“Before becoming South Africa’s first democratically elected President, Mandela and half a million other South Africans had signed the petition opposing the mining of Lake St Lucia’s dunes. This was followed by the most important decision in the establishment of iSimangaliso and its listing as South Africa’s first world heritage site – the vision and decision in 1996 by President Mandela and his cabinet to disallow mining in favour of conservation and eco-tourism,” said iSimangaliso CEO Andrew Zaloumis.

Under the park’s mandate of ‘development to conserve’, iSimangaliso is providing significant and sustained employment and community upliftment. Under iSimangaliso’s watch tourism businesses in and around the park have grown by over 80% in the last 10 year, creating thousands of jobs.

In his speech at the release of elephants into iSimangaliso after 100 years of absence, Mandela said: “There can be no better icon for the holistic approach we are taking to conservation and development of the iSimangaliso Wetland Park. This re-introduction is an almost spiritual form of restitution. It is an attempt to recreate the wholeness of nature so that we can live in harmony with its creator’s magnificence… so that the descendants of the elders of Maputaland, the generations of the future, too can experience this grandeur.” Now, many years later, this sentiment could be repeated as lions re-enter the Park.

The first family of four lions, of a planned three groups, were released to the uMkhuze section of the iSimangaliso Wetland Park. An adult female and three sub-adult offspring (a male and two females), are the first of a total of eight planned for this section of the park. The lions were trans-located from Tembe Elephant Park and had spent five weeks in a purpose-built boma to acclimatise them to their new environment before being released.

Lions were last seen in uMkhuze some 44 years ago. Two more females and a coalition of two males (brothers) will follow to form the base of the new iSimangaliso lion population.

Adult lions are fitted with satellite collars to monitor their movements for biological and safety reasons. 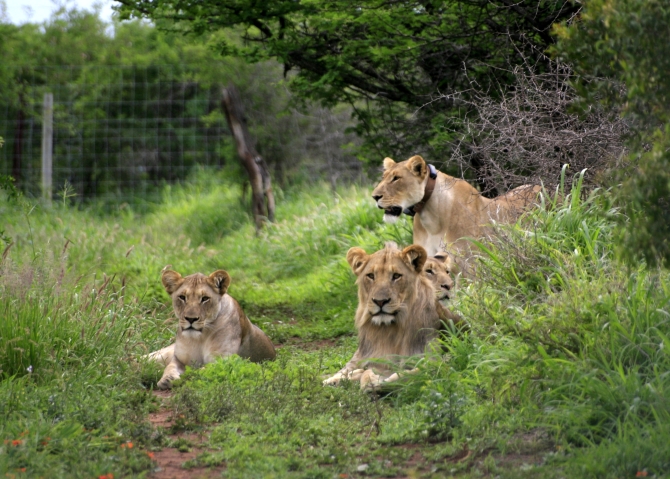 “This historic introduction of lions brings iSimangaliso closer to achieving its conservation vision – the full restoration of functioning eco-systems , and the re-establishment of the migratory patterns of historically occurring animal populations from the top of the Lebombo mountains to the sea as they occurred in the times of Shaka and before fencing fragmented the landscape and constrained animal movements”, commented Andrew Zaloumis during the release.

Several thousand heads of game have been trans-located into iSimangaliso since 2000. All the game that historically occurred in the region (including oribi, tsessebe, black and white rhino, elephant, wild dog, cheetah, buffalo, waterbuck and blue wildebeest) with the exception of eland, have now been re-introduced. Eland are currently being sourced for an April/May 2014 introduction. Hyaena and jackal have returned on their own and populations are flourishing.

This is the result of 13 years of hard work by iSimangaliso staff settling land claims, removing thousands of hectares of plantations and erecting over 350 km of “Big 5” fencing. Much of this work has been undertaken by community enterprises creating significant employment in an area marked by unemployment and poverty. Fencing was done with the support of communities, involving negotiated agreements with seven traditional council chiefs. Community leadership see the introduction of lions as a boost to tourism and along with this, more opportunities for their residents.

Renowned conservationist Dr Ian Player is also highly supportive of the iSimangaliso’s efforts at restoration of the original animal populations and biodiversity. “This is a great day for conservation. iSimangaliso has shown us that at a time when conservation budgets are at their lowest and there are so many other priorities globally, parks can still prevail.” he said. 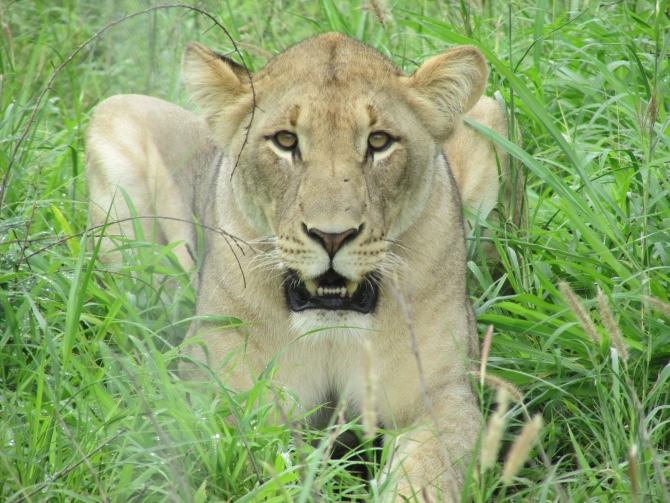