Posted on June 21, 2018 by News Desk in the News Desk post series.
ShareTweetPinEmailShareShareLinkedIn 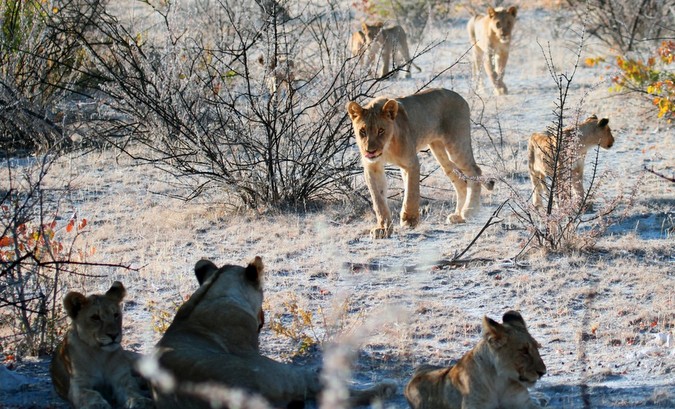 In light of the recent backlash against Namibia for the shooting by authorities of a desert-adapted lion that had killed livestock, Dr Chris Brown, CEO of the Namibia Chamber of Environment, has responded to questions posed by a foreign national.

The below questions were addressed to the Ministry of Environment and Tourism (MET) by a foreign national, questioning Namibia’s wildlife conservation strategies:

Could you please explain to the public (and to me) what the heck is going on in Namibia’s so-called ‘conservancies’ with regard to wildlife, especially lions and elephants?

– Are you aware that the Hoanib counts only one (1 !!) male reproductive lion and that this individual ‘Last of the Mohicans’ is in great danger to be killed?
– Are you aware that shooting and poisoning?
– Are you aware as well that a complete pride of lions there has been poisoned? Seems to be the main hobby of Namibian farmers? This even without justification because of loss of livestock.
– Are you aware at all that worldwide lions face extinction?
– What then is the use of beautiful films like Vanishing Kings if the vanishing is MET-endorsed?

After these questions I do have some requests as well:

– Could you please clarify if MET really is in a hurry to address the Puros community in this matter? They are notorious lion killers.
– Could you please clarify what your action is with regards to the extremely urgent collaring of the few remaining lions?
– Could you please clarify your course of action in the prosecution of the culprits of the shooting and poisoning? This is dragging on for years by now. It creates the impression as if they have got a secret ‘go ahead’ from your ministry. This does not contribute to your country’s reputation I’m afraid.
– Could you please shed your light on the practice of earmarking reproductive male lions (which are by now a rarity. Inbreeding is the result.) as a ‘problem animal’ with the sole purpose to find a fake justification for selling it as a trophy animal? The strong will die; their heads on a wall in New York or Moscow; the weak – genetically spoken uninteresting ones – remain.
– Could you please clarify what exactly justifies the name ‘Conservancy’?

With due respect, I await your reply. 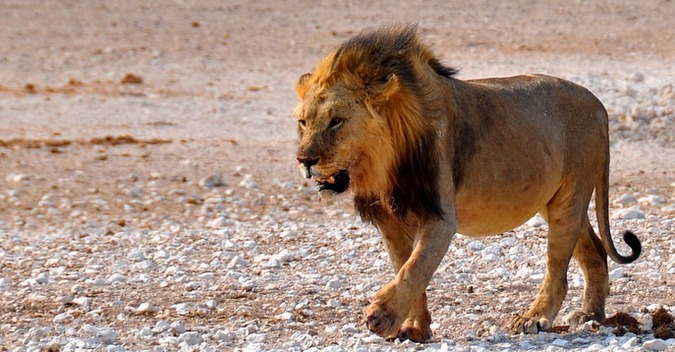 To which the Namibian Chamber of Environment (NCE) responded as follows:

We wish to thank you for your interest in conservation issues in Namibia. At the outset, I would ask you to tell us the source of your information? Unfortunately, the information you have has led you to levy accusations and aggressive questions which are simply not based on the reality on the ground.

Let me turn the tables on you for a moment and ask you, as an interested conservationist from The Netherlands, where are the indigenous predators which used to occur in your country until very recent times? Where are your free-ranging wolves, lynxes and bears? Where are your national programmes to reintroduce these species back into your countryside? What commitment is there from your government to reinstate the recent-historic wildlife of the Netherlands which was killed by modern man? What sort of support do you think that you would get from your farmers for such reintroduction efforts?

Communal conservancies are not national parks. Incidentally, some 17% of Namibia comprises national parks, compared to just 3% of your country. Conservancies are areas where rural communities – mostly farmers – wish to sustainably manage wildlife for their own financial and cultural benefit. And in so doing, they make a huge contribution to national and international conservation agendas. And they are prepared to tolerate certain levels of carnivores on their land (which farmers in your part of the world are not prepared to tolerate), provided the level of threat to them, their families, their livestock and their livelihoods are not excessive.

Lion populations have been increasing over the years in the Kunene region. This is one of the very few areas on earth where viable lion populations occur outside of Parks and one of even fewer areas where lions have significantly increased in numbers in recent years. And yes, we are aware of, and concerned about, global lion trends. We are also well aware of local lion population numbers and trends – that is our job. But we address the issue of lions and other predators in the context of their setting and the prevailing situation.

Over the past few years, there has been a severe drought in the Kunene region. Wildlife numbers have declined (in arid zones, boom and bust cycles are the norm) and lions are hungry. There has thus been a spike in predation on domestic stock. Many families have lost their entire flocks. This human-wildlife conflict needs to be managed in a number of ways (there is no one simple solution) and reducing lion numbers in some areas is certainly part of the strategy. And I should emphasise, it is a strategy that is fully supported by the reputable and scientifically driven environmental and conservation NGOs in Namibia.

The reason is simple. If farmers in conservancies decide that they do not want predators on their land, it is their right to eliminate them. They, like your farmers, don’t have to live with predators. Unlike your farmers, rural farmers in communal conservancies in Namibia are very poor. They have few options. Thus, stock losses have a large impact on their livelihoods. For our farmers to be prepared to live with predators, they need to get some direct benefit from the predators (through tourism and trophy hunting), and to manage the cost of living with predators. 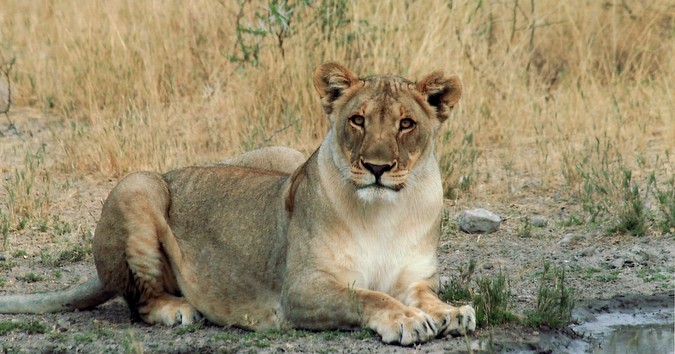 Unfortunately, we have a few individuals in Namibia who are simply unable to get their heads around the big picture of conservation on communal land and the vital role that incentives, predator management and social acceptance play in the process. They cannot look into the future to see where Namibia needs to be in decades to come. They rather look at each lion individually. This is not a conservation biology approach, but more a western urban short-term animal rights approach which is highly counter-productive to long-term conservation.

Through social media, these individuals, self-proclaimed conservationists, prey on well-meaning but uninformed people in society. And because conservation biology is complex and difficult to explain in sound bites, they prefer to project simplistic approaches and solutions, which have failed worldwide. Kenya is a good example, with its protectionist, Eurocentric conservation approach. They have less wildlife now than at any time in their history (declining from 1.5 million head in the 1970s to about 0.5 million today). By contrast, Namibia has more wildlife today than at any time in the past 100 years, increasing from about 0.5 million in the 1960s to about 3 million today. So please do not allow yourself to be misinformed and upset by these sorts of people.

In a nutshell, Namibia aims to go through its development process to become a wealthier country without losing its indigenous biodiversity along the way (something that most industrialised countries have not managed to do). We aim to keep wildlife on farmlands by creating incentives and being reasonable and sensible in our management approaches. This means that farmers need to realise value from the wildlife on their land and we need to help them manage their losses, or else they will not be prepared to tolerate difficult species. And lions are the most difficult of all the animals for people to live with. If we can get it to work for lions, and not have them just contained in national parks, then all other species will automatically follow.

So please do not try and undermine our efforts by attempting to remove the tools at our disposal – and specifically the economic incentive tool and the predator management tool. Without these interventions, lions will vanish from all farmland in Namibia, as the predators have vanished from farmland in your country.

We have taken time to share with you some of the bigger picture conservation biology issues on land where people are also farming. We will not answer your e-mail question by question because you did not have this strategic background when you asked the questions, and because most of your questions are based on wrong information. However, I can tell you, that with the good recent rains in the Kunene region, we expect wildlife numbers to again increase, human-predator conflict to decline, and pressure on lion and other predator populations to also decline.

So, in conclusion, thank you for your interest in these issues in Namibia. But in light of your own country’s situation, you might like to direct your energy to (a) getting your government to set aside more of your land for conservation (10% is considered internationally to be a reasonable amount), and (b) getting your government and farmers to work together to re-establish the indigenous fauna that should be present in your country, including free-roaming populations of wolves, bears and lynx, in both your national parks and in the countryside. Good luck with this.

On behalf of the environmental NGO community in Namibia, and specifically with the following NGOs working in the Kunene region in support of conservation and rural development in conservancies: Namibian Association of CBNRM Support Organisations (NACSO) Integrated Rural Development and Nature Conservation (IRDNC) Namibia Nature Foundation (NNF)