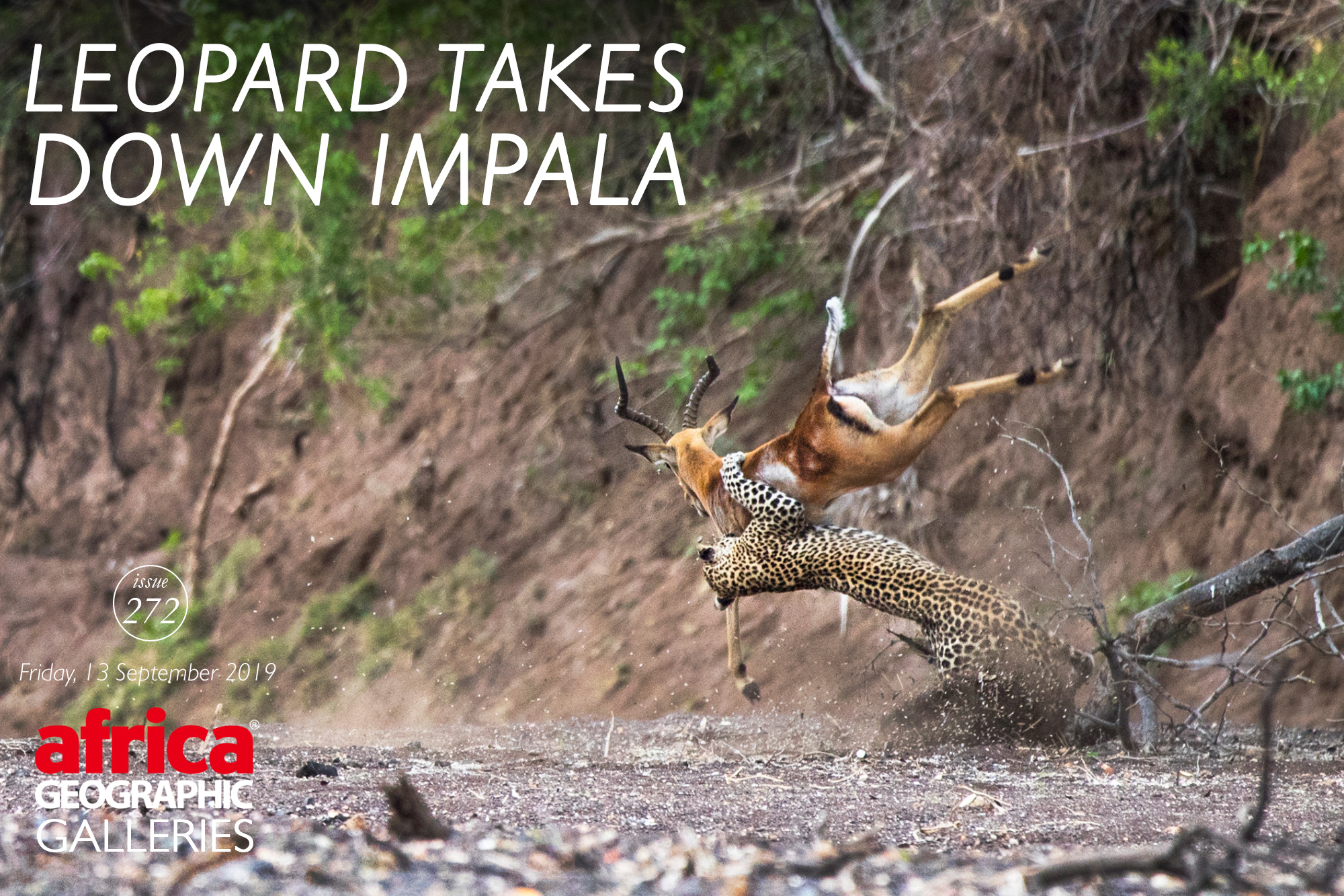 A roller coaster
of emotions as
epic hunt unfolds

The unpredictable nature of wildlife is what makes going on safari special and unique. Who knows what may be lurking around the next acacia bush or down a quiet dry riverbed? However, knowing what signs to watch for and adopting a deeper understanding of animal behaviour can give you that little boost in ‘reading’ this unpredictability. Being patient and knowing when to hang back and concentrate on one animal, rather than hurrying off to the next sighting, may be rewarded with an unbelievably epic sighting. And if you are lucky enough to bear witness to any sighting of such magnitude, then it is sure to remain in your memories for a long time to come.
And this is clearly what happened to professional wildlife photographer Kevin Dooley on one particular morning in Mashatu Game Reserve in Botswana. Below he shares with us his account of what was at first a very typical sighting of a leopardess and her cub but soon turned into something beyond his wildest imagination.

“We were photographing this leopardess with her cub, who were both showing signs of being hungry. The cub was licking its mom’s face and rubbing up against her, while she was looking thin and acting restless. Soon the leopardess left the cub in the safety of a thick bush and headed down the riverbed in search of food. Leopards usually eat every three to five days, although with a growing cub it can be more frequently.
“We followed the leopardess at a distance and within a half an hour or so we spotted a lone male impala. The impala was at the very end of a long and narrow part of the dry riverbed. The leopardess had also spotted the impala and immediately focused on it. We held tight and let the situation play out, with the leopardess scanning the area and looking for a way to sneak up on the impala without being detected. The leopardess chose a low spot in the riverbed where she was hidden from the impala. This also placed her out of our view. We checked the wind, and it was blowing her scent away from the impala, and so we knew there was a good chance she would have success.
“I focused my lens on the impala and changed my camera settings for a fast action shot. It was difficult because the light was dim due to a very overcast day. I kept my finger on the shutter release and my eyes on both the impala and the area where I believed the big cat would reappear.

“The waiting was intense – over ten long minutes of wondering if the hunt was going to take place. With only a 35-40% hunting success rate for leopards generally, this leopardess certainly had her work cut out for her.
“So many thoughts were going through my mind. Will I get the image? Will the leopardess reappear? Will she be successful? When will this all happen? I have had so many predator-prey interactions in my photographic career that ended in disappointment when the hunt was interrupted, or the wind was blowing in the wrong direction, the potential prey discovered the predator, or the prey ran into brush that was just too thick to photograph. All of these questions and doubts were running through my mind while I waited for the action to happen.

“Meanwhile, I knew that if I took my eyes and attention off this situation for even a brief moment, there was a good chance of missing a possibly great photo. I had to keep it together and not lose my focus – ready with my finger on the shutter release. My experience told me that I would have just seconds to get the photos of the leopard actually taking the impala down.
“As if the leopardess was reading my thoughts, she suddenly appeared! First, a paw slowly came into view, then a nose, followed by her head and eventually her whole body was in sight – all primed and ready for a burst of incredible speed. And then in an instant, she was off!

“I firmly held my finger down on the shutter release, continually taking photos as I panned and followed her throughout the entire hunt. I could not believe my eyes. From the moment she sprang into action to the point where she brought the impala down lasted maybe 15 to 20 seconds. Had I looked away for even a briefest of moments I would have missed it!

“I experienced a mixed bag of emotions – amazement at what I had just witnessed, excitement and accomplishment at having successfully photographed the hunt, and sadness for the impala. It was an overwhelming blast of emotions that I will never forget, a highlight in my photographic career that will be in the top three wildlife encounters of my lifetime of creating photos. There really is no way to explain it. Tears rolled down my face in the happiness of knowing that I just experienced and photographed one of the most amazing moments of my life.”

ABOUT THE AUTHOR, Kevin Dooley 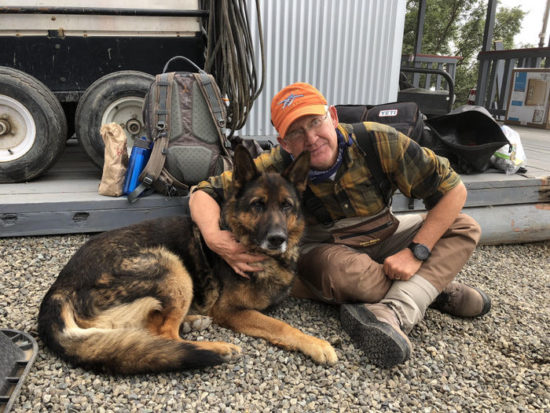