Kruger should cull 88% of its elephants, says hunter Ron Thomson

Posted on October 30, 2017 by Team Africa Geographic in the Opinion Editorial post series. 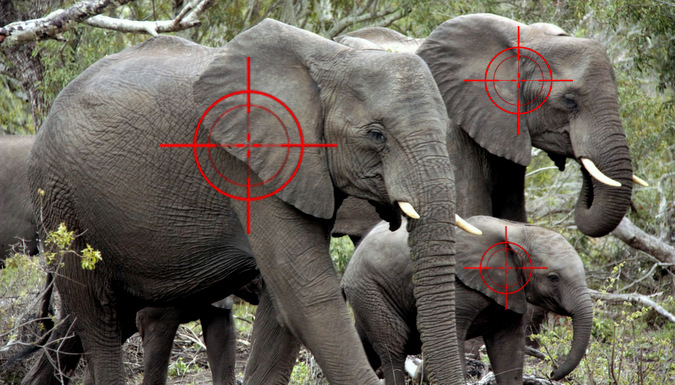 Celebrated hunter Ron Thomson believes that 88% of Kruger National Park’s elephants should be culled. Our summary below is a brief one – for more information please read his full article here.

Who is Ron Thomson?

Thomson’s strategy for Kruger’s elephants mirrors his activities in Zimbabwe’s Gonarezhou National Park, during his tenure as provincial game warden in the 1970’s. On his website Thomson claims to have commanded a culling team which killed 2,500 elephants and 300 hippos with military-grade automatic weapons, decimating entire herds within 60 seconds.

Thomson starts off by covering in broad strokes respected elephant expert Professor Rudi van Aarde’s ‘Landscape Elephant Management Plan’, which Thomson claims has been the management strategy of choice in Kruger National Park since 2006. Thomson rejects the underlying assumption of the plan that, left unchecked, elephant populations will fluctuate in response to food availability, with natural die-offs during dry periods. In his article, Thomson does provide a fair amount of detail explaining the assumptions behind van Aarde’s plan, and we advise you to read his article in full.

Thomson then goes on to heavily criticise the plan, using a blend of cynicism and emotionally-charged leading statements. Staying clear of these argumentative aspects of his article, we have extracted the following reasoning by Thomson to back up his strategy to cull 88% of Kruger’s elephants:

• Young elephants will die during natural dry cycles, due to lack of sufficient food generated firstly by the ecosystem and secondly by lactating mothers. He suggests that this is no better and no less cruel than the culling of entire elephant herds;

• Many other species, including rhinos, will also suffer population crashes when elephants are left to naturally impact on landscapes. Thomson: “It would seem, for whatever reason, the scientists who have applied the Landscape plan have deliberately turned Kruger National Park into a pure elephant sanctuary.”;

• Once the elephant population has been trimmed to the right number, the population’s annual increment can be easily culled every year in order to create dynamically stable numbers that will always remain within the habitat’s carrying capacity;

• During a culling programme, selected breeding herds are eliminated in their entirety whilst other breeding herds are left totally alone. This enables the untouched herds to carry on with their lives, as before, after every annual culling operation comes to a close;

• Bulls are selectively shot separately. Thomson: “In my opinion, the number of bulls killed should at least equal the number of adult cows that are killed. Bulls live apart from cows so they have to be handled differently and separately. Cognisance must also be taken of the fact that bulls cause infinitely more damage to top canopy trees than do the cows! So they may have to be culled more heavily than cows!”

• An experienced culling team – with three expert marksmen using self-loading rifles and operating in unison – is capable of eliminating elephant breeding herds numbering 30 to 50 animals in less than sixty seconds;

• Thomson: “I have no doubt in my mind that the correct management option for the elephants of Kruger is to reduce their numbers to 2 500 … So PLEASE – everybody– let’s make this happen!”

Editorial comment: Based on Thomson’s estimate of 20,000 elephants currently in Kruger, a population of 2,500 elephants implies the removal by culling of 88% of Kruger’s elephants.