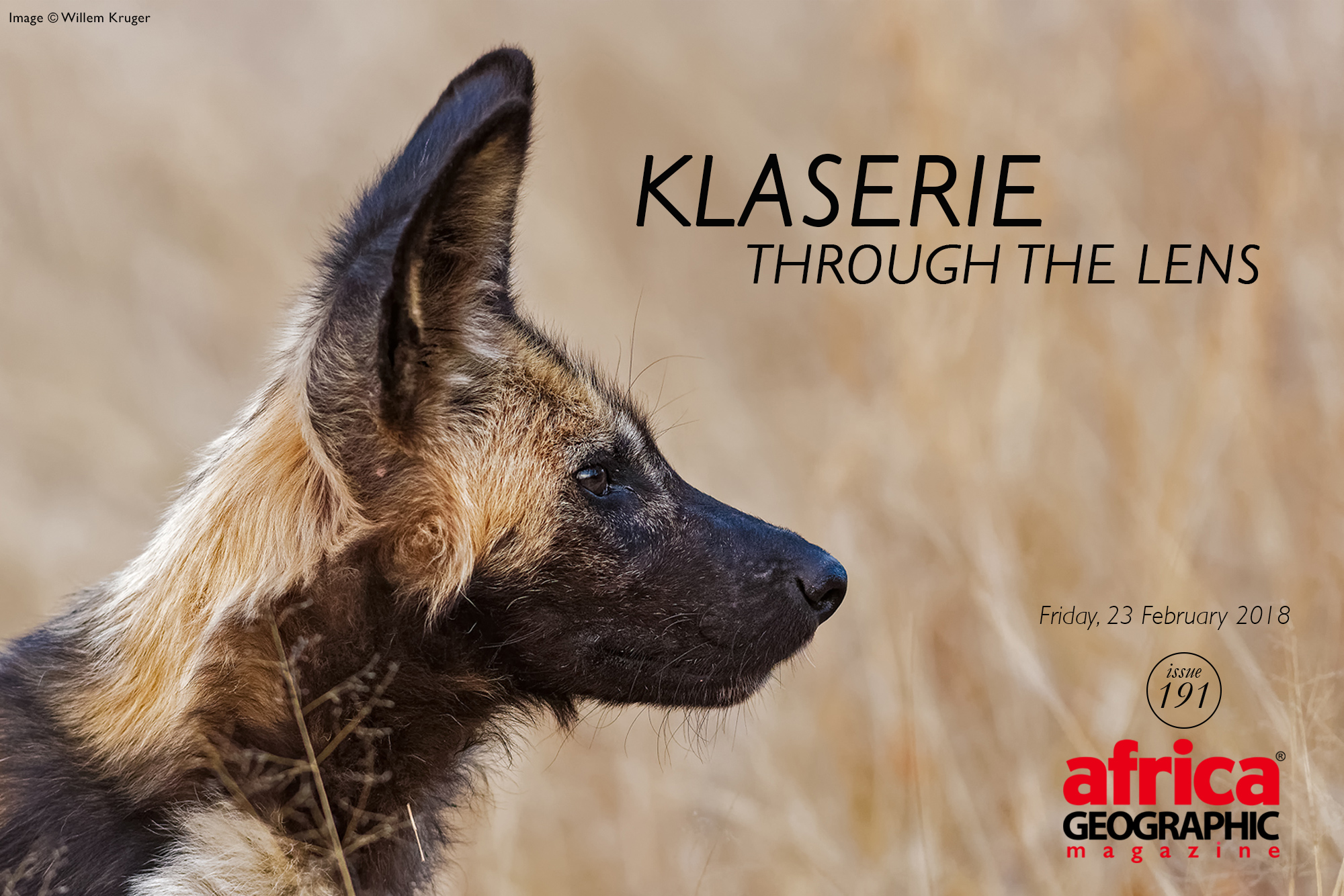 The wildlife wonders of Klaserie

Every year, the Africa Geographic Photographer of the Year competition showcases a plethora of phenomenal photos from around Africa by professional and amateur photographers, alike. The lucky winners are awarded incredible prizes that reflect their talent.

Wildlife photographer Willem Kruger won first place in the ‘travel’ category in 2017 and enjoyed a memorable trip to Klaserie Private Nature Reserve in the Greater Kruger as his prize. The following is an account of his magnificent experience, in his own words.

As one of the winners in the annual Africa Geographic Photographer of the Year for 2017, I received as my prize a two-night stay in Klaserie. My wife and I decided to use the prize during our first available free time, which was at the end of September 2017.

Not long into our first game drive, we were alerted over the radio about a group of wild dogs about 20 minutes away. We reached the sighting just in time to find the puppies starting to play. Unfortunately, it was a cloudy afternoon, and the sun was already setting, but nevertheless, we got some interesting photos of the young wild dog cubs playing while waiting for the adults to return from their hunt.

We spent the rest of the late afternoon with them until the adults arrived. The puppies were very playful but ever so watchful for any signs of danger.

Unfortunately, the adults were not successful during their afternoon hunt, so the puppies left with the adults to continue hunting. We tried to follow them, but it was already dark, and they disappeared into the thick vegetation. We decided then that it was the perfect time to enjoy the evening under the rising stars with sundowners, and soon after that found ourselves driving slowly back to camp, listening to the sounds of the nightlife of the veld. Arriving back at camp, we had an excellent dinner thanks to Steven, the chef.

Before we knew it the morning had arrived, and we were back on the game drive vehicle before sunrise, keen for some interesting sightings.

Once again, the game drive delivered great excitement as a male leopard had been sighted about 30 minutes away from our current position. The message was that it was “mobile”, so we had to rush to the sighting or else lose it to the thick vegetation. When we arrived, we were thankful that he hadn’t moved off, and were pleasantly surprised to see he was in the process of stalking a steenbok – a first for us!

We stayed with the leopard and waited patiently, but not to get too close – in order not to interfere with the hunt.

We had the privilege of staying with this leopard without the pressure of making way for other parties of tourists, thanks to no other game drive vehicles being in the vicinity.

It took the leopard about 30 minutes to get close to the steenbok – about 15 metres – but not close enough. The leopard suddenly made a go for the steenbok (perhaps more out of frustration) but unfortunately was unsuccessful in capturing it. The disappointed leopard stood in the same spot where the steenbok was a few seconds earlier – you could almost see the frustration in his body language.

The leopard, having given up on any further attempts to hunt the steenbok, crossed over to the ‘forbidden land’ (a restricted area which we were not allowed to drive on), which signalled the ideal time for us to enjoy a cup of tea and coffee with rusks on a nearby termite mount – nice refreshments after a morning’s ‘hard’ work!

Afterwards, we made our way back to camp, while enjoying the birdlife along the way, and were treated to a hearty breakfast on the deck overlooking the waterhole in front of the camp.

Of elephants and wild dogs

After some downtime at the camp (spent relaxing while downloading photos), we headed out for our final afternoon drive, which started with a fantastic sighting of a herd of elephants.

Afterwards, we were lucky enough to come across the same wild dog pack we saw the previous evening next to a dam. It was interesting to see how cautious they were and did not head straight to the water to drink – they probably had previous encounters with crocodiles.

This time the pups were not so playful as the previous evening. The adults, however, were trying to encourage each other to start with the evening hunt. Shortly afterwards they took off as a group to hunt before darkness caught up with them.

By this time it was overcast and already very late in the afternoon, so I tried to play around with a slow shutter speed to create a more interesting photo (one of the most challenging shots to capture in photography – a lot of luck involved and you cannot ask the dogs to run again and again until you get it right). Sometimes you only have one of two opportunities to capture the moment of wild dogs running by.

We tried to follow them as they were hunting, but it was just too challenging to keep up in some of the more bushy areas, and soon after gave up and continued with the drive back to camp. The evening was concluded with a special guest lecture for staff and friends regarding a rhino protection project – shipping rhinos to Australia for conservation purposes. Again we were treated to an excellent dinner.

The last morning was cold, windy and rainy. Not much to see except for a leopard kill up in a tree and a red-crested korhaan saying farewell to us from a termite mound.

My message to take home…

This was our first trip to this area of the Greater Kruger. For wildlife photographers, it is essential to get away from your home, your familiar environment and even your comfort zone (including the photographic areas you are familiar with). Exploring new territories as we did during this trip is a great way to find inspiration and try to get some alternative images. The Greater Kruger is not always seen as the ideal photography destination, but then that is the purpose of visiting other destinations – a world away from your comfort zone. Remember, when visiting a new photography destination, think outside the box, break out of your rut and use alternative methods to capture those unique, innovative images.

Until next time, keep on shooting! 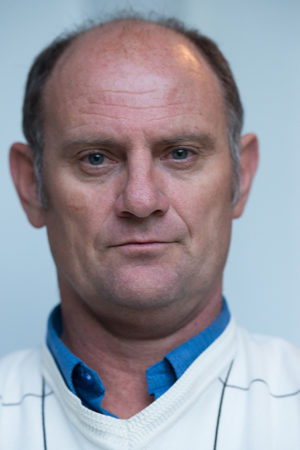 Capturing the moment in time to be appreciated in the future is the vision for my photography. I am Willem Kruger from Bloemfontein, South Africa. I am a public health specialist.
My interest in photography was motivated mainly by my wife because of her love for nature and wildlife. Because of my passion for nature and originally coming from the rural area of the Free State, it is just logical that the focus of my photography leans heavily towards wildlife photography.
To learn more about me and my travels, you can visit my blog.