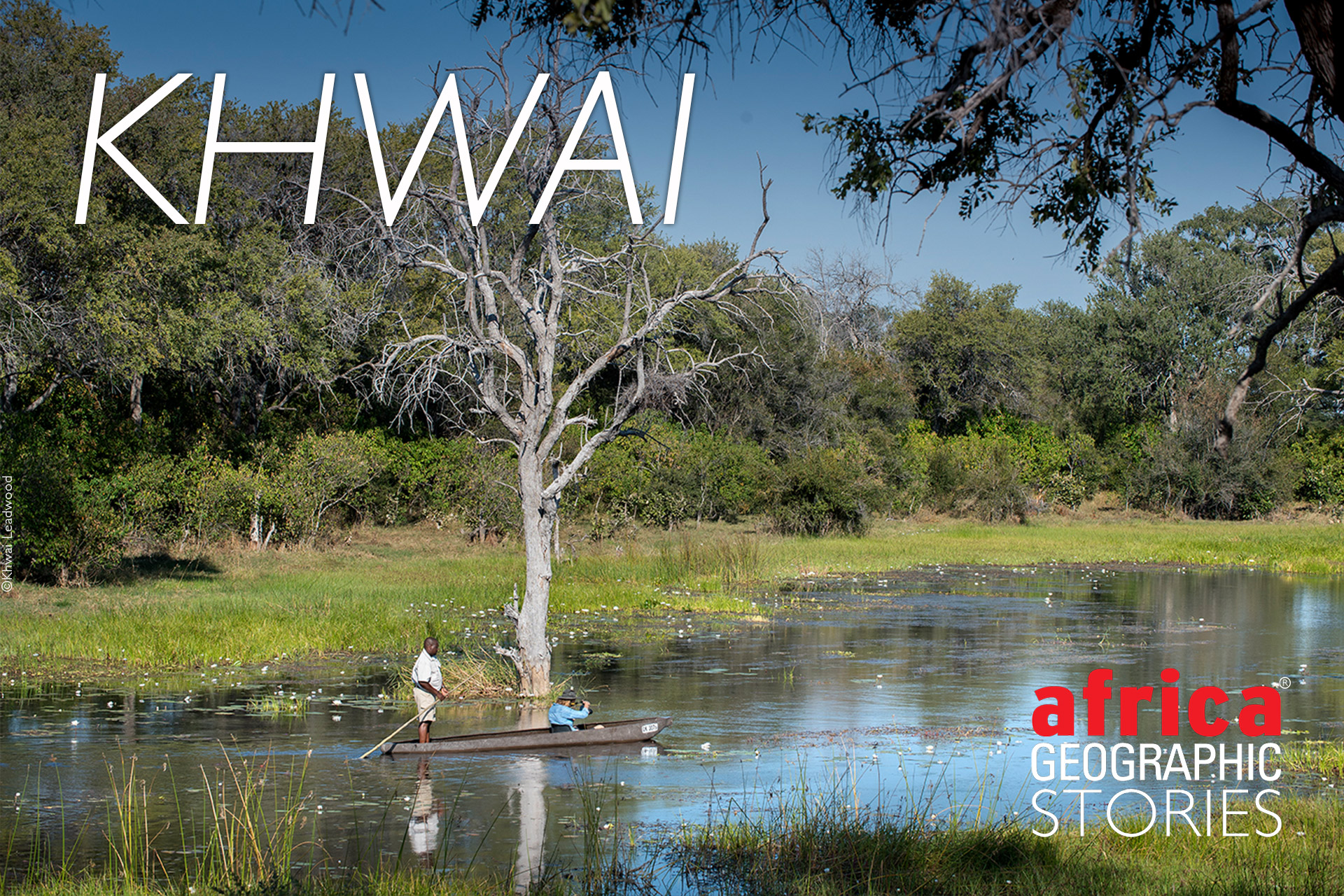 Visitors to Khwai in northern Botswana enjoy the luxury of game drives, bushwalking and gliding down water channels in a mokoro – the best of everything in one of the most scenic reaches of the Okavango Delta.

Make no mistake, experiencing a safari by vehicle is an extraordinary experience. As Africa’s wild animals have come to accept these peculiar moving parts of their everyday landscape, excited passengers have the opportunity to view them at close proximity. Which is perfect. That said, there is nothing that quite compares to the silent glide of a mokoro through the thick reed beds of Botswana’s pristine waterways.

Surrounded by lilies and with only the gentle splash of the expertly guided pole, these traditional dugout “canoes” follow ancient elephant and hippo paths through the reeds and grasses at a sedate pace that makes the experience even more absorbing. Brief flashes of colour draw the eye to tiny, flamboyant malachite kingfishers and dancing dragonflies hovering over the surface. And the occasional elephant could loom large from a neighbouring bank or wade through the shallow floodplains in front of view. Exhilarating. As the mokoro cuts through the water, its motion is almost hypnotic, yet the soothing effect is undercut by a profound sense of excitement as to what lies around the next bend in the watery pathways. Video: Mokoro magic in the early evening.

This languid pace contrasts beautifully against the heart-pounding adrenaline of viewing a buffalo herd or lion on foot, or perhaps the frenzied excitement of following (at a discreet distance) a hunting pack of painted wolves (African wild dogs) in a game-drive vehicle. This is Khwai – a Botswana safari gem.

The 200,000 ha (2,000 km²) Khwai area consists of the small Khwai Community Concession (NG19) and the larger Khwai Private Reserve (NG18). The tourism core of this area lies along the banks of the Khwai River and its tributaries with associated floodplains and woodlands – much of the area north of the rivers is remote and dominated by mopane woodlands and open floodplains.

Khwai comprises the north-east fingers of the Okavango Delta and lies between two of northern Botswana’s world-famous parks: Chobe National Park and Moremi Game Reserve. There are no fences restricting animal movements between these protected areas, so the wildlife viewing experience in Khwai is equal to the spectacular standards of anywhere in northern Botswana; possibly even more so due to its ideal geographic positioning.

Botswana, and particularly the Okavango Delta, can be a seasonal safari experience for those seeking big cats – based not just on the rains themselves but also the rise and fall of Delta water levels. The dry (no rain) season in Botswana runs from about April until October, which coincides perfectly with the arrival of the Angolan floodwaters to the Delta’s many waterways and swamps, and to Khwai. As a result, many herbivores that spend the rainy summer months in search of nutritious green grass deep in Chobe/Savute move towards Moremi and the Delta during the dry season, in search of a more reliable source of water and nutritious food. There are no fences to restrict animal movements, and Khwai lies directly along this seasonal migratory route. As the annual flood arrives during the dry (no rain) season, the Khwai River levels rise in turn, and mokoro safaris are once again possible in the many channels. 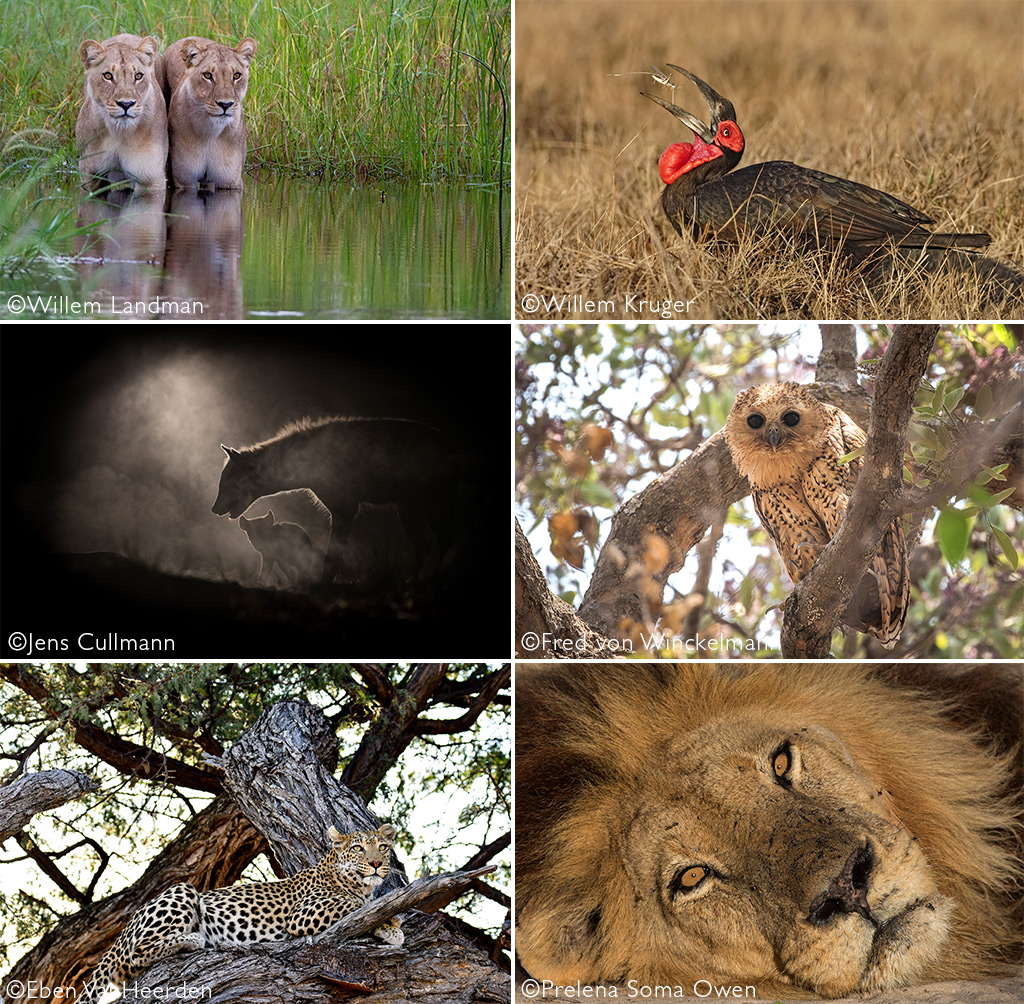 Visitors to Khwai are guaranteed the full Botswana wildlife viewing experience – resident lions, leopards, cheetahs and hyenas revel in the opportunities afforded by a rich abundance of prey, herds of hundreds of buffalo regularly stream through the waters on their way to fresh grazing grounds and naturally, given northern Botswana is the population stronghold, there is an elephant around every corner. Hippos eye passing mekoros with a degree of suspicion by day and wander the camps at night, and massive crocodiles silently slice through the permanent waterways. Khwai is renowned for its wild dog sightings, and these lithe, athletic canines regularly give birth in known den sites in the area during the dry winter months. Naturally, herds of ubiquitous waterbuck and red lechwe dot the floodplains and healthy populations of rare roan and sable antelope regularly leave the surrounding mopane forests to quench their thirst. Despite the seasonal fluctuations described above this smorgasbord of wildlife is viewable all year round, though naturally, the dry season offers better sightings due to the lack of dense vegetation. 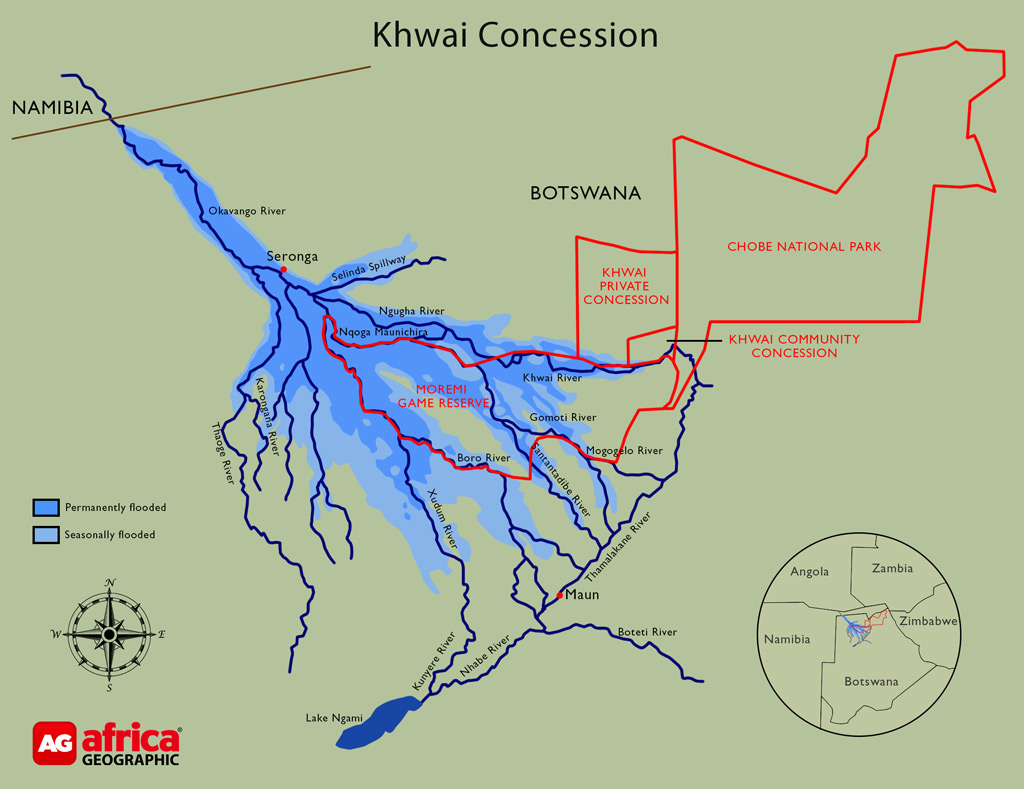 The diversity of habitats found in Khwai automatically translates into impressive birding opportunities, with over 500 different species recorded in the area. An added advantage for keen birders is that the best time for birding is during the summer months when visiting migrants have arrived in full force which also happens to be the low tourism season in Botswana – which means fewer visitors and cheaper rates.

Unlike the (unfenced) neighbouring national parks and reserves, the Khwai concessions allow night drives, meaning that guided visitors to Khwai have the opportunity to search for leopard, serval, porcupine and honey badger, as well as the elusive and mysterious aardwolf. This flexibility also allows off-road driving (with rules) and guided walking safaris.

Most of the Khwai Community Concession is open to the public and to mobile safari operators, and so wildlife sightings can be crowded during the prime safari season of July to September. This concession hosts numerous lodges and campsites, and prices range from budget to luxury. On the other hand, the larger Khwai Private Reserve has a few mid and upmarket lodges, and access is restricted to guests. 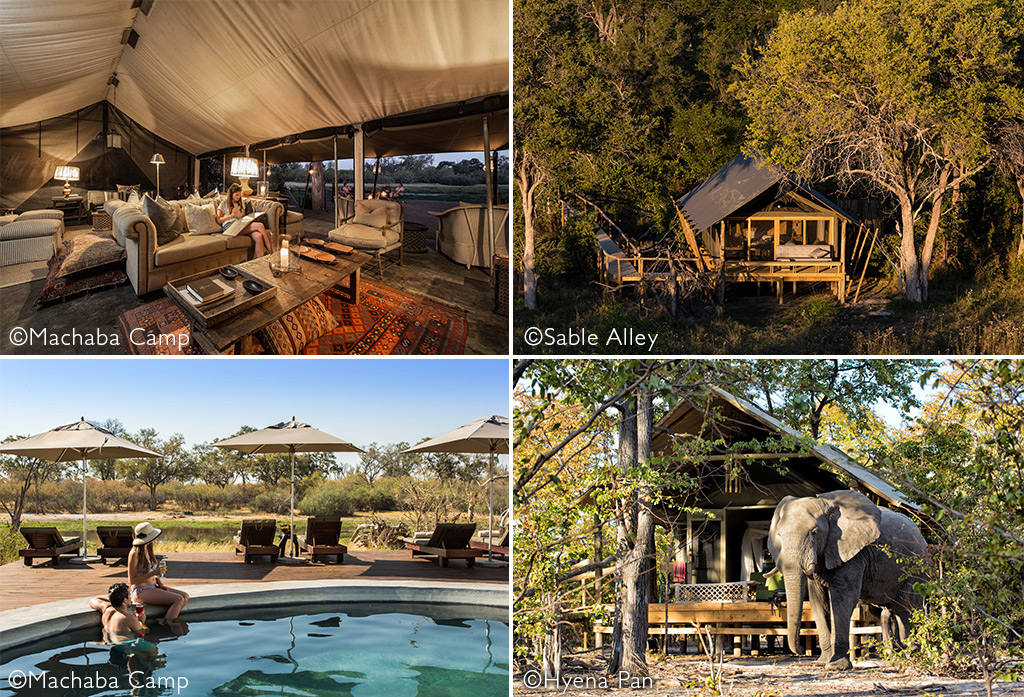 Most importantly, Khwai Community Concession – which receives the majority of visitors – is owned and run by the local community, with camps and lodges renting the privilege of operating in this exquisite space. For visitors, that means knowing that the proceeds of their trip directly benefit the local people in the area, which in turn is vital for the survival of any conservation area. A visit to Khwai village, situated in the concession itself, also offers the opportunity to meet some of Botswana’s charismatic citizens and to appreciate their history and culture that is so intricately entwined with the wilderness around them. Khwai Private Reserve also pays concession fees which benefit the local community.

Khwai, photographer’s paradise – Our 2021 Photographer of the Year winners’ safari 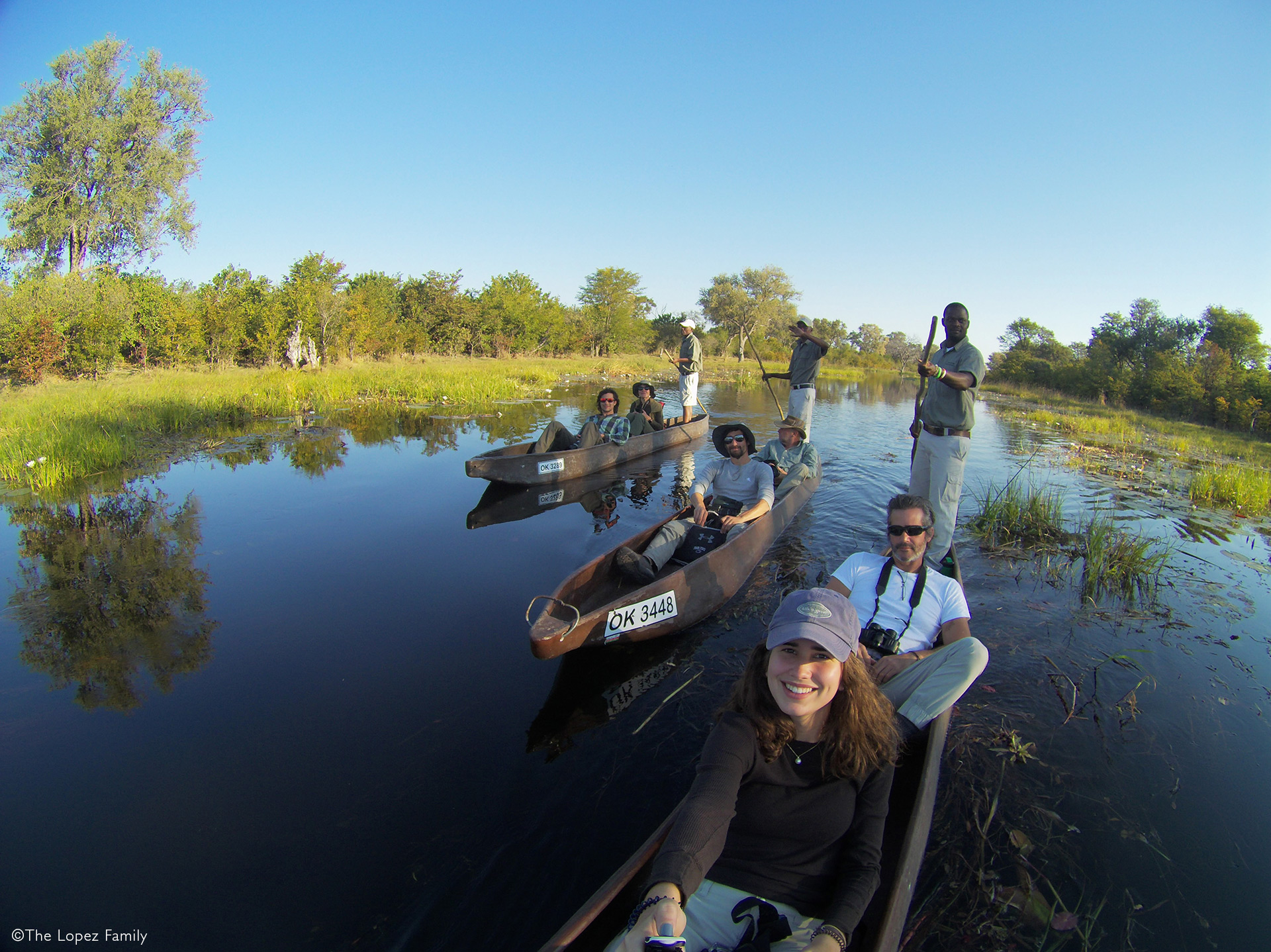