Posted on February 1, 2020 by teamAG in the News Desk post series.
ShareTweetPinEmailShareShareLinkedIn

The Angola Government and African Parks have signed a management agreement for the vast 15,200 km² (1,5 million hectares) Iona National Park, initiating their first partnership to ensure the long-term protection of one of the country’s largest protected areas. Iona is an iconic southern Angolan desert landscape, extending from its Atlantic coastline over dunes, plains and mountains.

“We are excited for what the future holds for Iona National Park, by partnering with African Parks to enhance park management and restore this landscape for the benefit of wildlife and people,” said Aristófanes Romão da Cunha Pontes, Director General of the National Institute of Biodiversity and Conservation Areas (INBAC). “Our vision is to showcase the natural wonders that Angola has to offer and for people to come from all over and experience this globally significant region of the planet”.

Situated in the Namib desert in the south-west corner of Angola, its stark 160-km shoreline abutting the Atlantic Ocean, Iona is one of Africa’s most sublime wilderness areas with rich terrestrial and offshore ecosystems. The sand and gravel plains at its centre are bordered by mountains reaching heights of 2,000 metres in the east and dunes that run the length of its coastline in the west. Fed by two bordering rivers, the Cunene and Curoca, the park contains extensive woodlands and is inhabited by cheetah and leopard, herds of Oryx, springbok and Hartmann’s zebra, ostrich, endemic reptiles and is the principal habitat to one of the world’s most ancient plants, Welwitschia mirabilis. 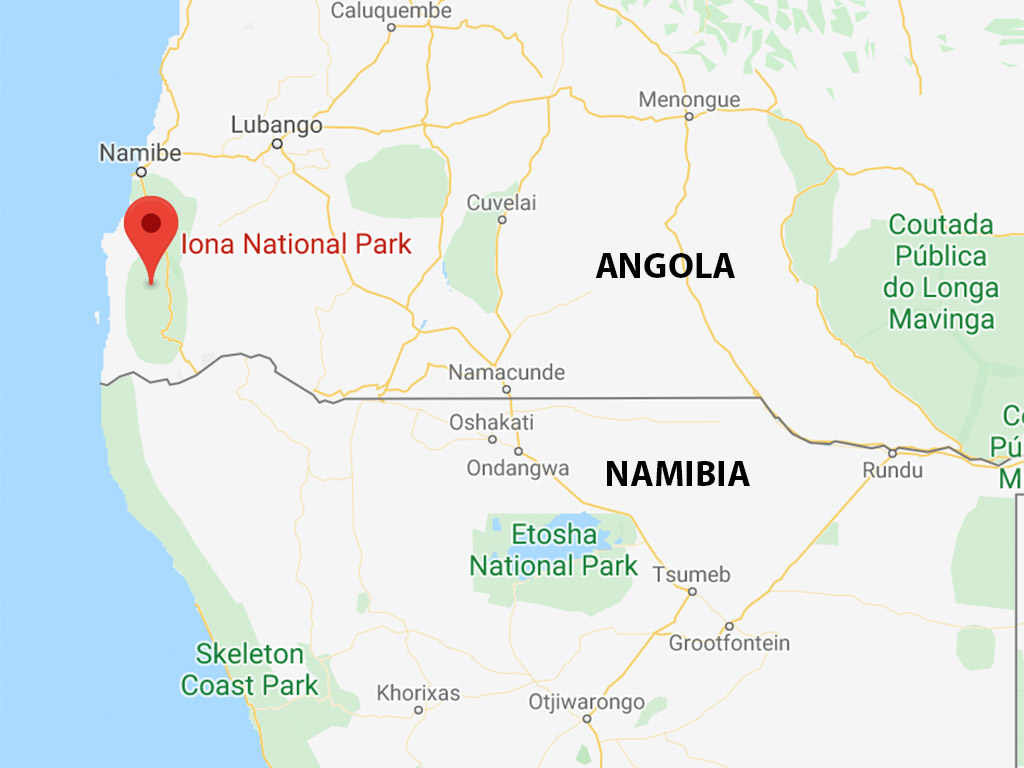 “This is a visionary step for conservation in Angola, and we are exceptionally proud to be partnering with the Government and helping them to manage this stunning national asset,” said Peter Fearnhead, CEO of African Parks. “This is a tremendous commitment from the Government”.

African Parks is grateful to The International Conservation Caucus Foundation for the catalytic role that they played. The ICCF Group acts as the private-sector coordinator for the Angolan Ministry of Environment, to attract private-sector investments in ecotourism and protected areas. Susan Lylis, The ICCF Group Executive Vice President, said: “We are thrilled to see this landmark agreement for the co-management of Iona National Park, which we believe will lead to transformational outcomes for community development and conservation, and allow Iona to become a shining model throughout the region”.

Iona National Park is regionally important, forming part of a trans-frontier conservation area (TFCA) with the Skeleton Coast National Park in Namibia. Historically, the park was inhabited by rhino and elephant, but both of these species have become locally extinct, and other wildlife have been depleted. Unregulated human activities from settlements on the periphery and within the park, including the grazing of livestock, are placing pressure on its ecosystems.

African Parks and the Government of Angola will work closely with the local communities, implement proper law enforcement, and restore wildlife to ensure the long-term ecological, social and economic sustainability of Iona. Its spectacular mountainous, desert and coastal topography make this trans-frontier area globally unique, giving the park enormous potential with sufficient investment to emerge as one of the continent’s most extraordinary landscape experiences. With adequate conservation and the optimisation of tourism and other sustainable revenue-generating activities, Iona will continue to support healthy terrestrial and marine ecosystems to benefit people long into the future.

About African Parks: African Parks is a non-profit conservation organisation that takes on the complete responsibility for the rehabilitation and long-term management of national parks in partnership with governments and local communities. With the largest counter-poaching force and the most amount of area under protection for anyone NGO in Africa, African Parks manages 17 national parks and protected areas in 11 countries covering 13.5 million hectares in Angola, Benin, Central African Republic, Chad, the Democratic Republic of Congo, the Republic of Congo, Malawi, Mozambique, Rwanda, Zambia and Zimbabwe. For more information visit www.africanparks.org, Twitter, Instagram and Facebook