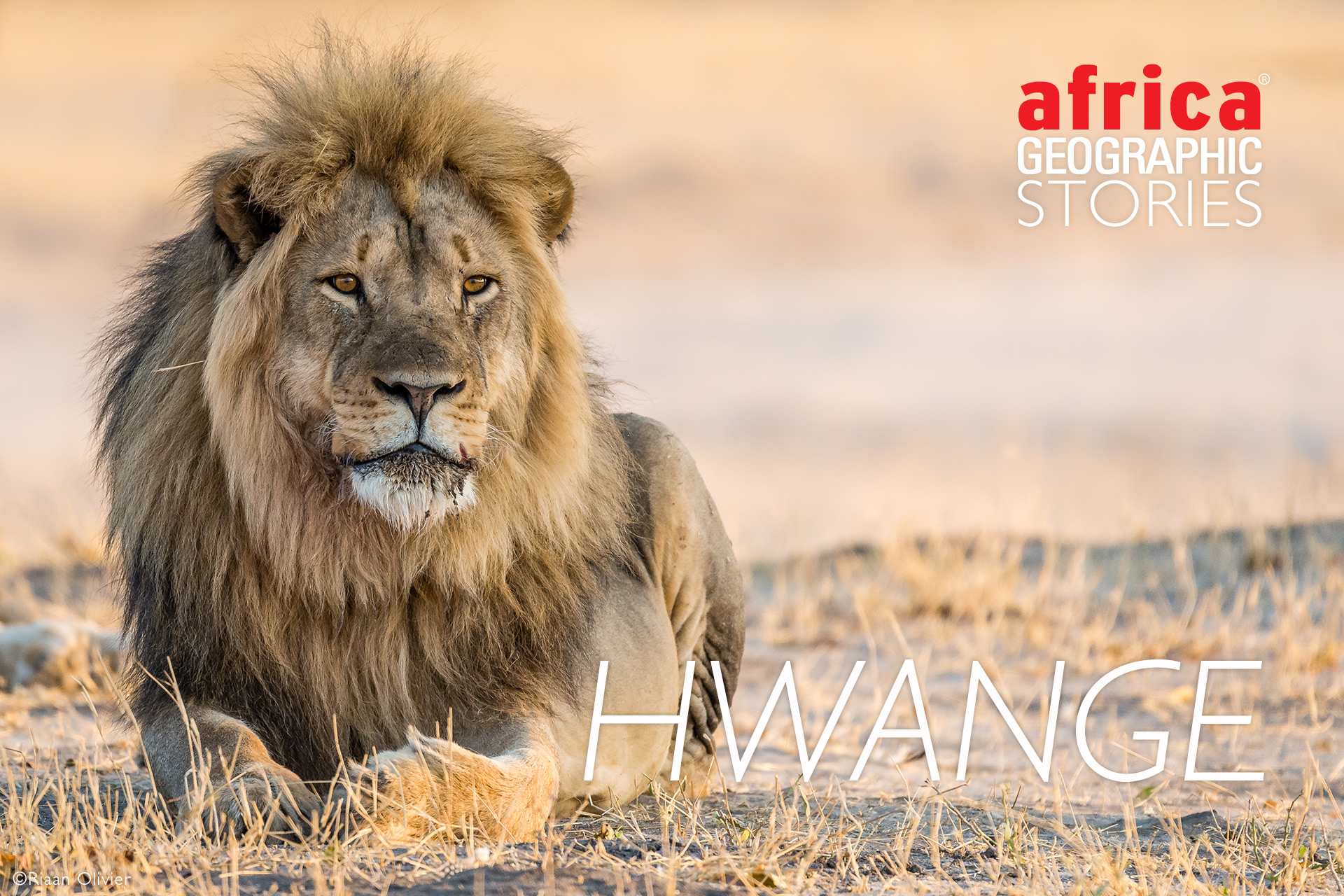 On the very fringes of the Kalahari Desert lies Hwange – Zimbabwe’s oldest and largest national park – crisscrossed by fossil riverbeds that bear testament to a time when water was abundant, and mudflats, swamps and forests thrived. These ancient rivers dried up many thousands of years ago, leaving the landscape, as well as its plant and animal life, at the mercy of the seasonal rains. The resultant collision of geography and climate has fostered a wilderness that transforms from desiccated dust bowl to verdant oasis every year. Every year, through the seasons, the doyenne of Zimbabwe’s parks has treated her visitors to truly magical moments of pure, untamed Africa. 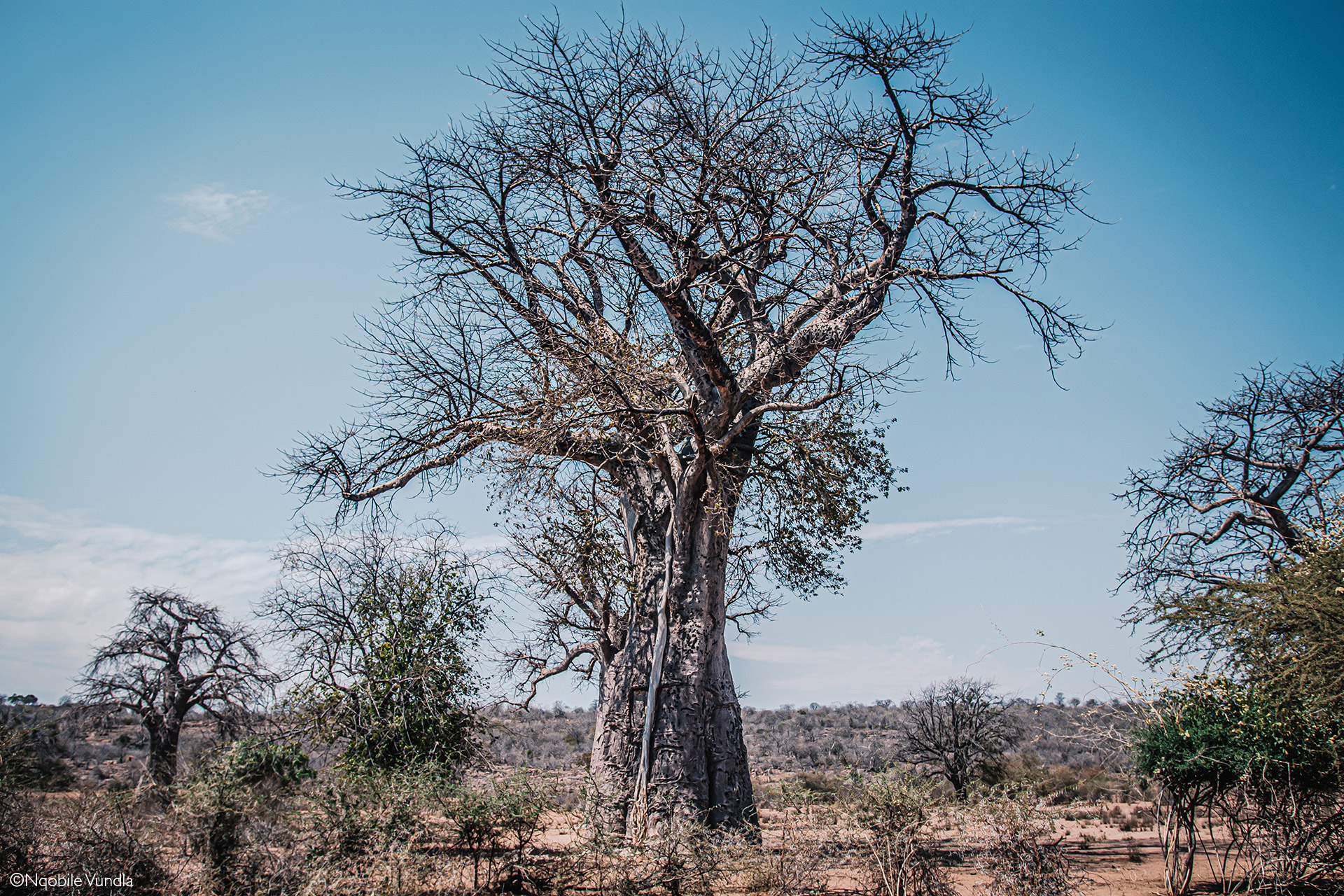 Hwange National Park is situated in the north-western corner of Zimbabwe on the main road between Bulawayo and Victoria Falls, bordering Botswana. The 14,651km2 (1.46 million hectares) unfenced park is part of the greater Kavango-Zambezi Transfrontier Conservation Area that centres around the confluence of the Zambezi and Chobe Rivers and includes protected areas of Botswana, Namibia, Zambia, Zimbabwe, and Angola.

Once a royal hunting area for Mzilikazi, the Mthwakazi king, Hwange’s shallow soils and scarce water resources made it unsuitable for agriculture. In 1928, Wankie Game Reserve (a colonial mispronunciation later rectified) was gazetted for the conservation of wildlife.  By then, historical records suggest that the park was mostly devoid of wildlife due to the rampant hunting habits of early colonialists. However, the scarcity of water resources would also have played a significant role. The first warden of Hwange National Park, Ted Davison, set out to remedy this through the creation of many artificial water points, using boreholes to access the area’s underground water supply. With ready access to permanent water and concerted conservation efforts, the animal populations flourished. 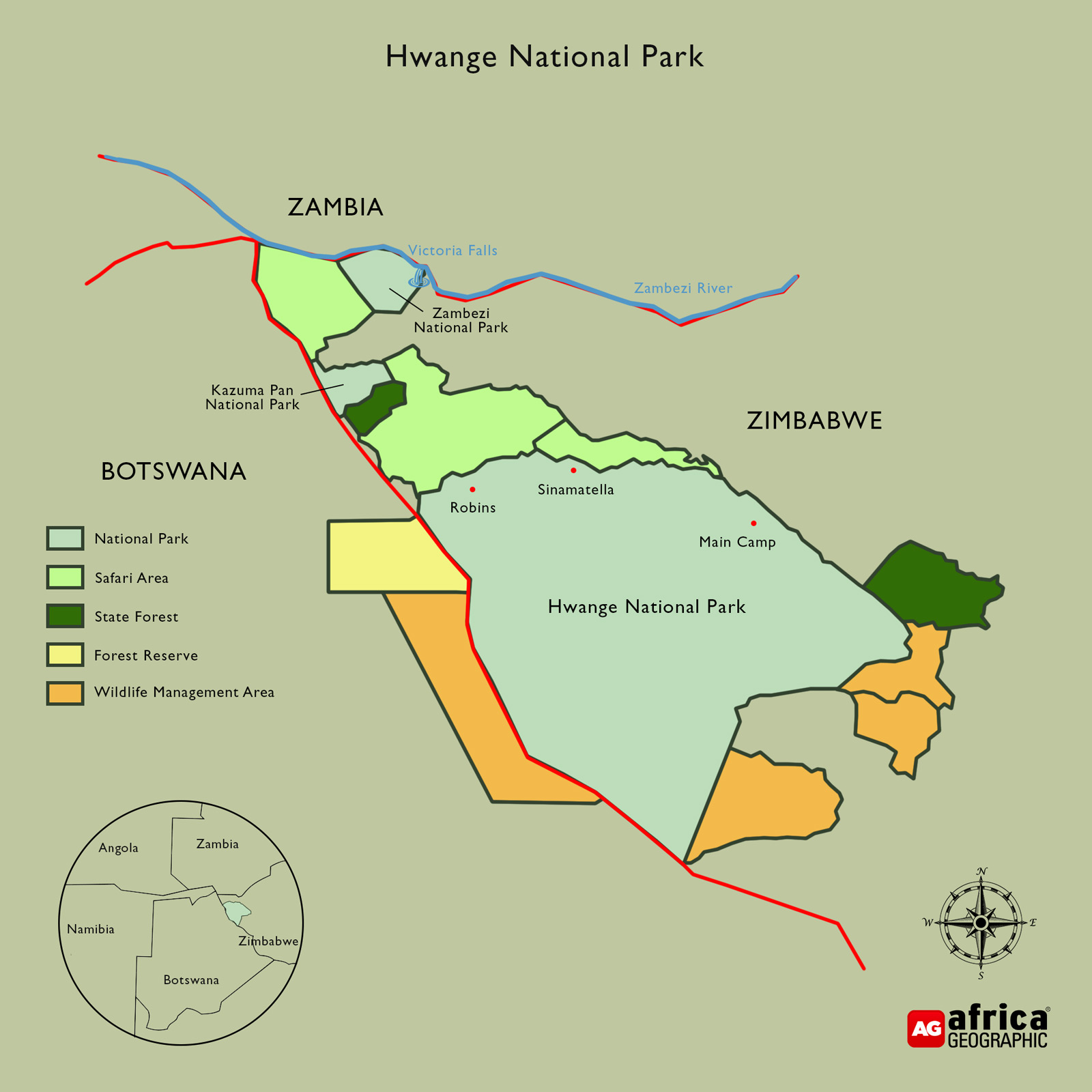 The park can be roughly divided into seven main areas, with three national park camps at Main camp, Sinamatella and Robins Camp. Many of these areas include private concessions where specific lodges have exclusive use:

Surrounding the national park are several private concessions, many of which allow trophy hunting. 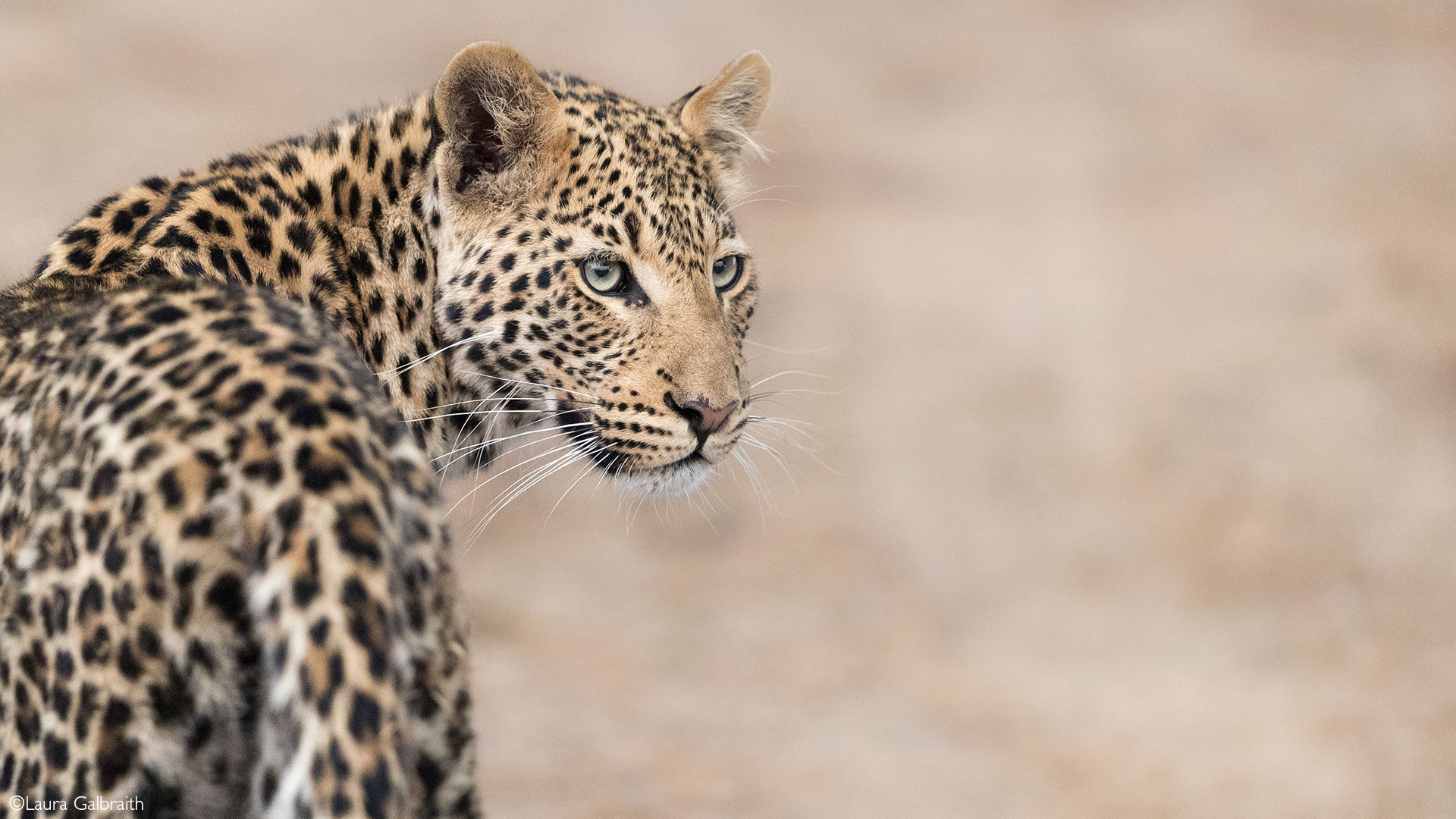 Hwange National Park is famous for its enormous elephant numbers, boasting the second largest population in Africa after Chobe in Botswana. There are no permanent natural water sources in Hwange, and it is highly likely that historically during the dry winter months, the elephants would have migrated out of the area, returning only with the rain and revitalization of the plant life. However, the installation of 60 artificial pans changed everything by providing permanent water all year round, and so the elephant population grew. And grew and grew. Even following large culling operations in the 1980s and disastrous drought in the mid-2000s, the elephant population increased from around 13,000 in 1986 to what is believed to be over 30,000 today (a 2019 game count yielded a population of over 40,000).

For conservationists, this means shouldering the responsibility of providing sufficient water to support these numbers through diesel, wind, and solar-powered water pumps, which, naturally, come at a cost. However, for visitors, the sizeable population means that a trip to Hwange is guaranteed to be shaped by memorable encounters with one of Africa’s most captivating creatures, often in “super herds” of hundreds of elephants. 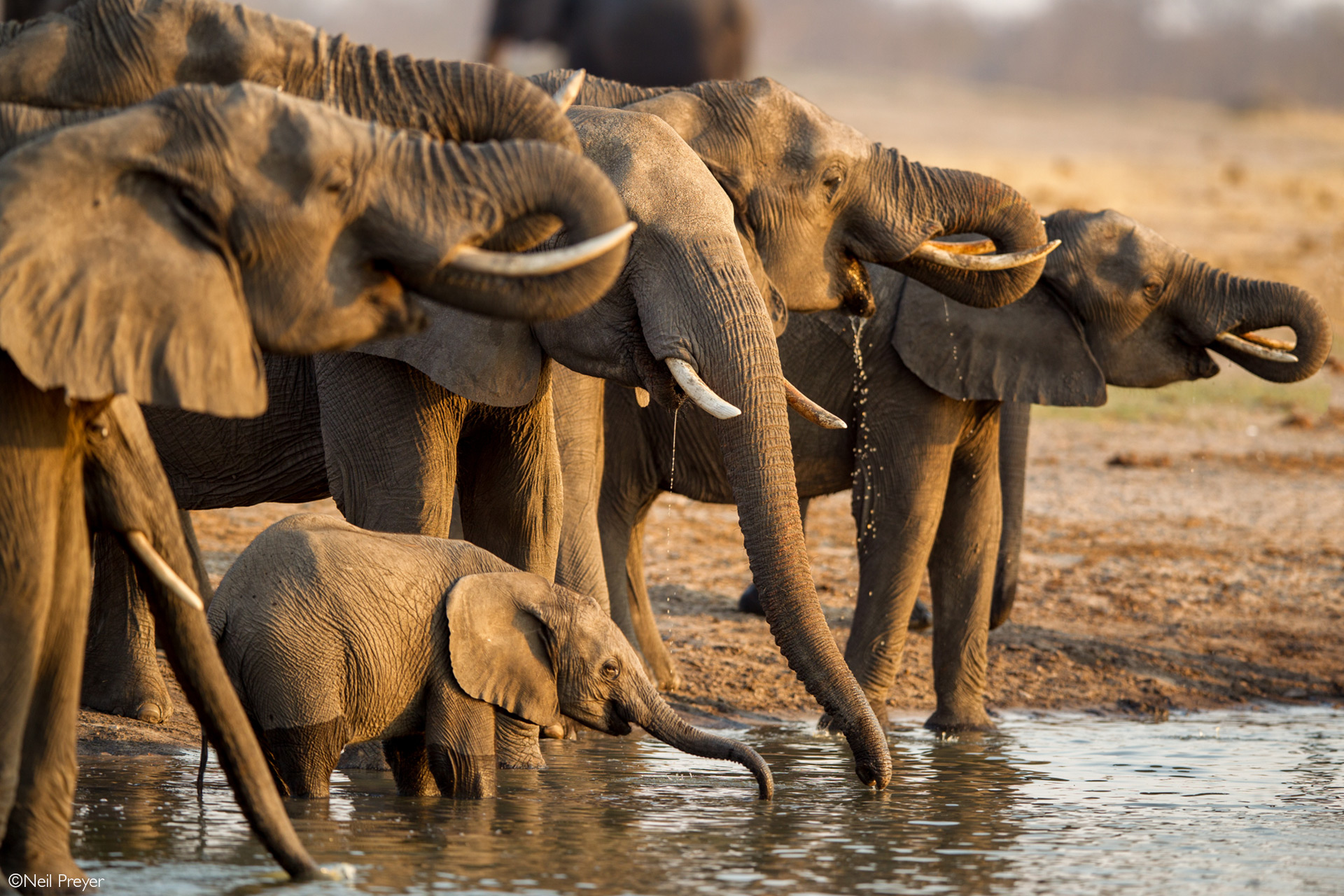 While elephants may be front and centre of the Hwange experience, this is not to say that other wildlife sightings inevitably take a backseat. Despite rumours to the contrary, recent game counts confirm that Hwange National Park is still home to healthy populations of buffalo, zebra, antelope species, spotted hyenas, painted wolves (African wild dogs) and lions, with the park being considered a Lion Conservation Unit by the IUCN. Encounters with cheetah, leopard, aardwolf, aardvark, and roan and sable antelopes are also a relatively regular occurrence. Unfortunately, despite concerted anti-poaching efforts, the black and white rhino numbers have been decimated, with only a handful of black rhinos alive today and no surviving white rhinos.

While the best wildlife viewing is to be had during the dry winter months, the rain of summer transforms Hwange National Park into a birder’s paradise as the year’s migrants return. Thanks to the variety of available habitats, there are over 400 recorded bird species. The pans attract hundreds of waders of every size and long-limbed secretary birds pick their way through the grasslands, showing off their ostentatious feathery crests. The park is home to large numbers of Bradfield hornbills. Keen birders should keep their eyes peeled for great painted snipes, the adorable pygmy geese, dwarf bitterns, Dickinson’s kestrels, black-chested prinias, Arnot’s chats, and, for the extremely fortunate, the yellow form of the crimson-breasted shrike. 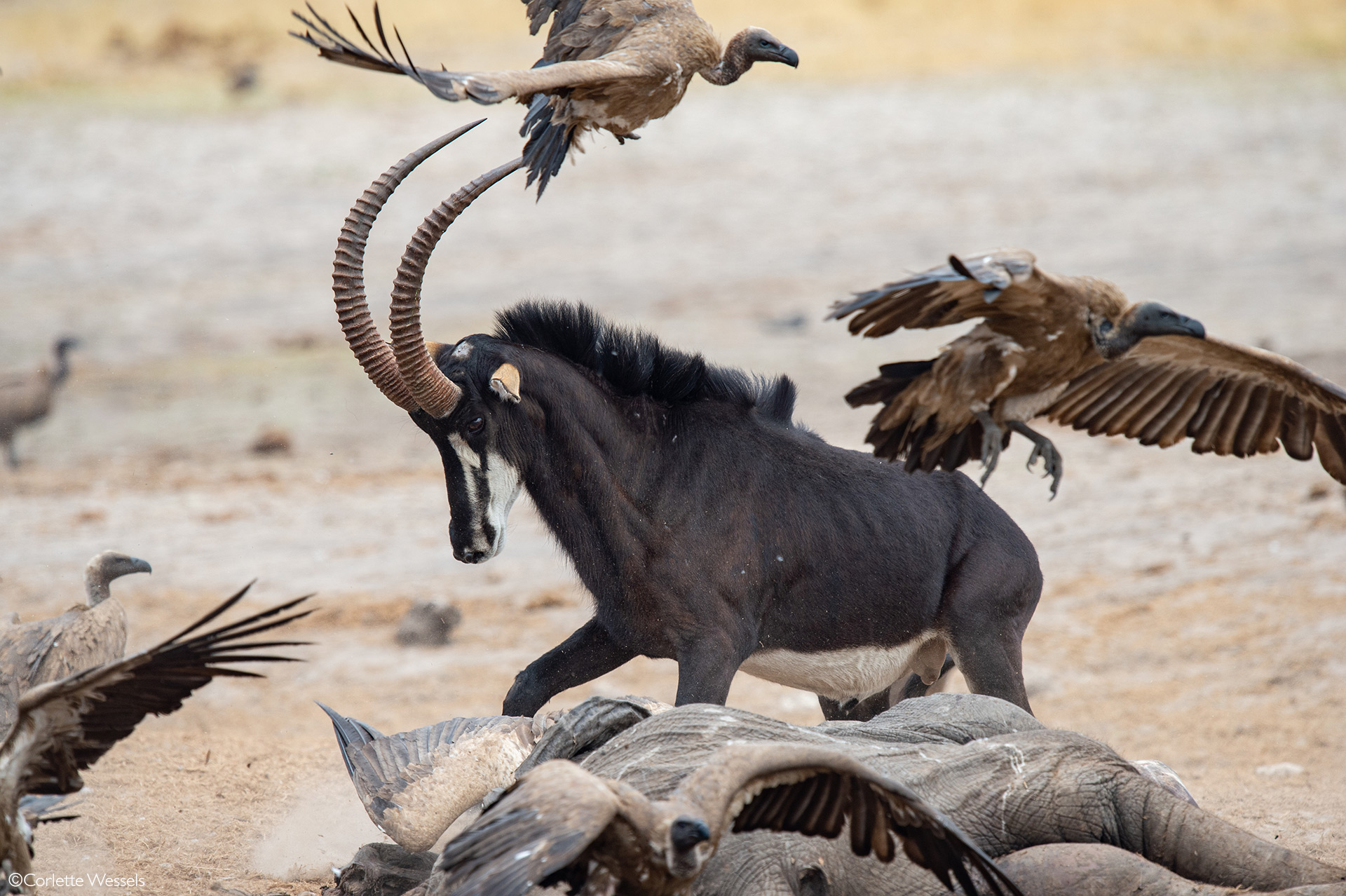 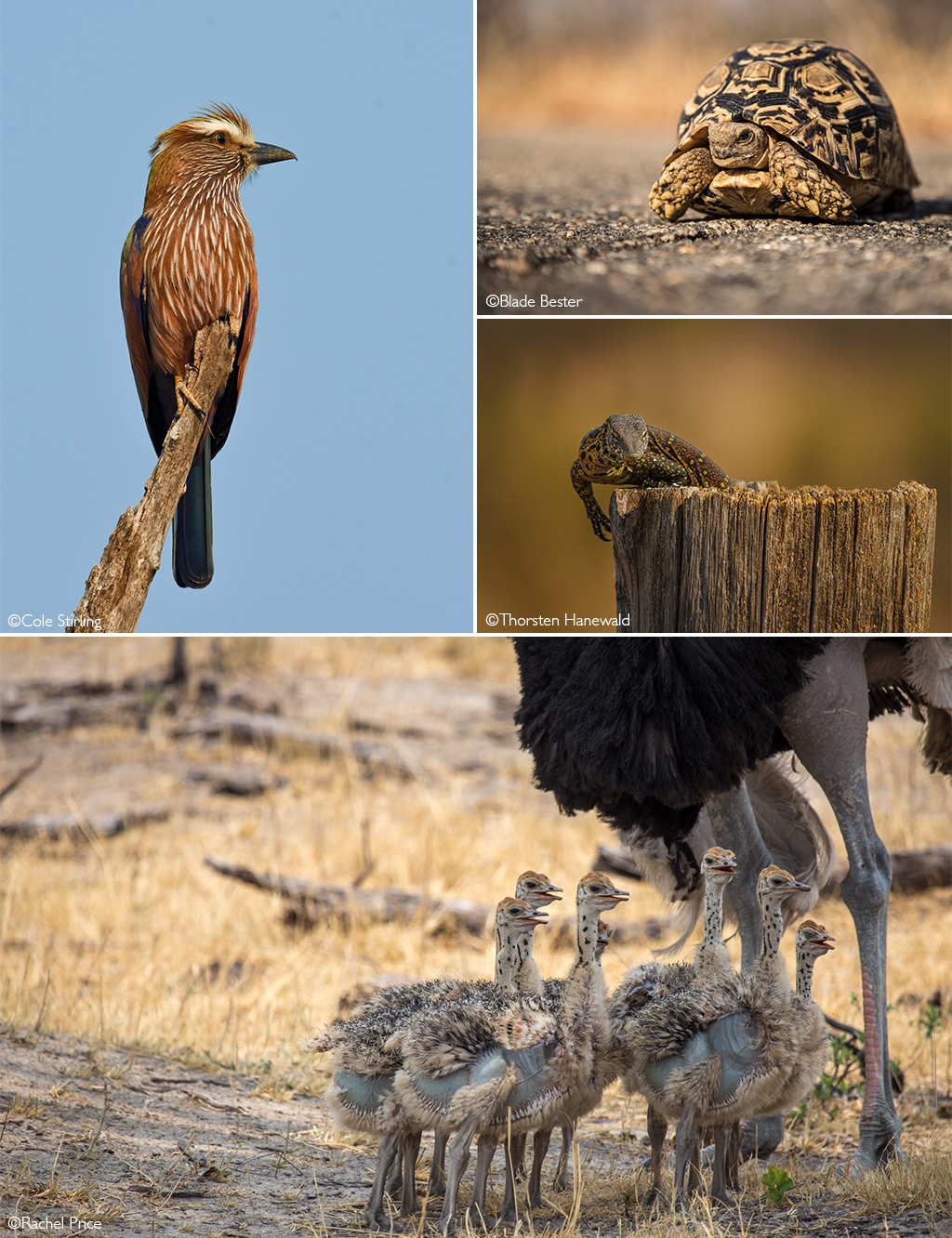 With its relatively well-maintained road network, a self-drive exploration of Hwange is entirely possible – with picnic sites, hides and viewing platforms provide the ideal vantage points to observe the thrum of life around them. For the intrepid explorers, a multitude of campsites, many of which are close to water points, offer visitors budget accommodation options and a truly immersive wild experience. It is worth remembering that this inevitably involves exposure to the elements and, while dry season wildlife viewing is the best, the nights can be bitterly cold, and frost is not uncommon.

Naturally, a stay in one of the more luxurious lodges in an exclusive concession will add an entirely different level of luxury. Not much can top kicking back to watch a line of thirsty elephants arriving for a sneaky drink from the lodge swimming pool or sitting next to a fire under the stars, listening to the distant rumblings of roaring lions. Those tired of the seated approach to safari will also be able to embrace the opportunity to explore Hwange’s great wilderness on foot. 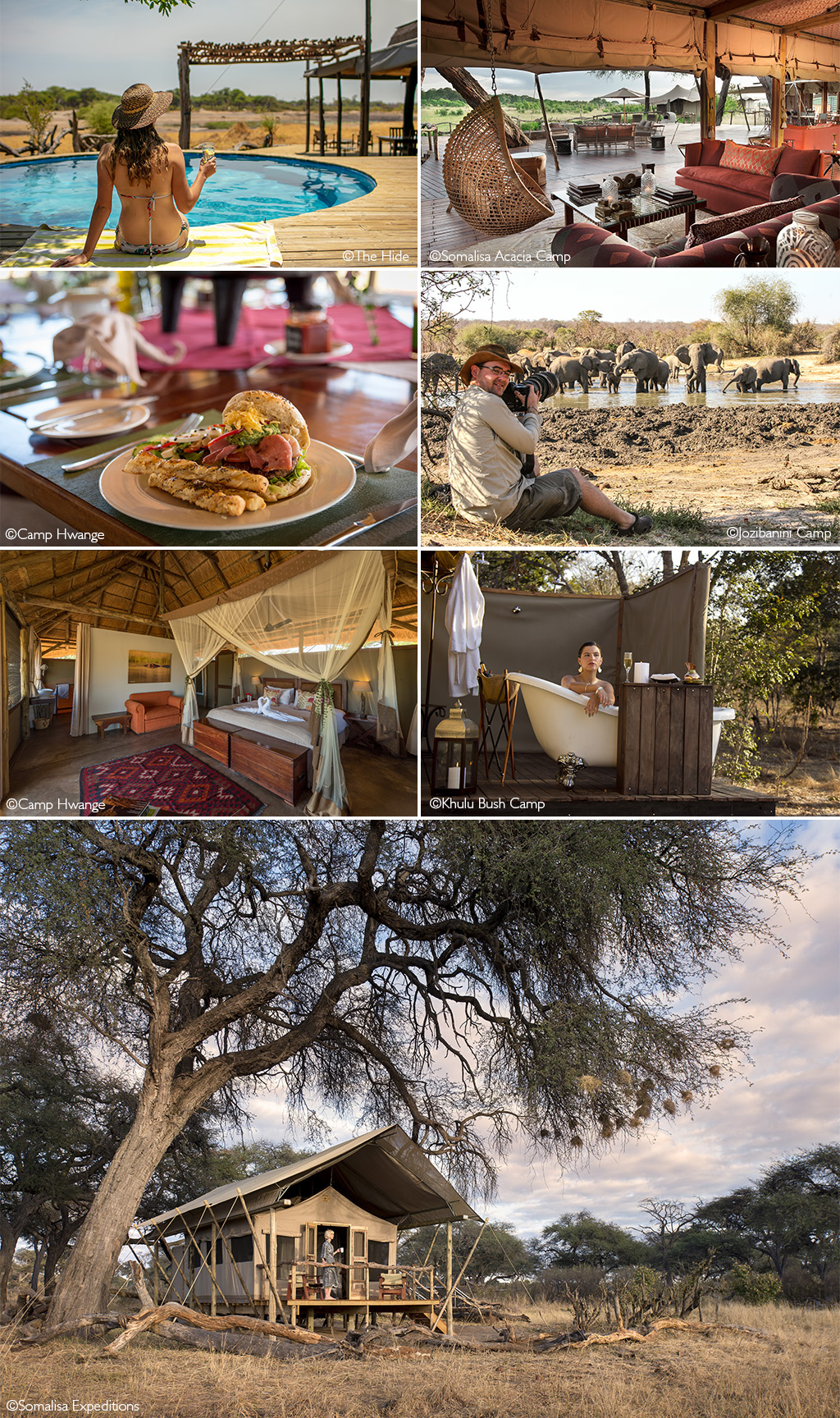 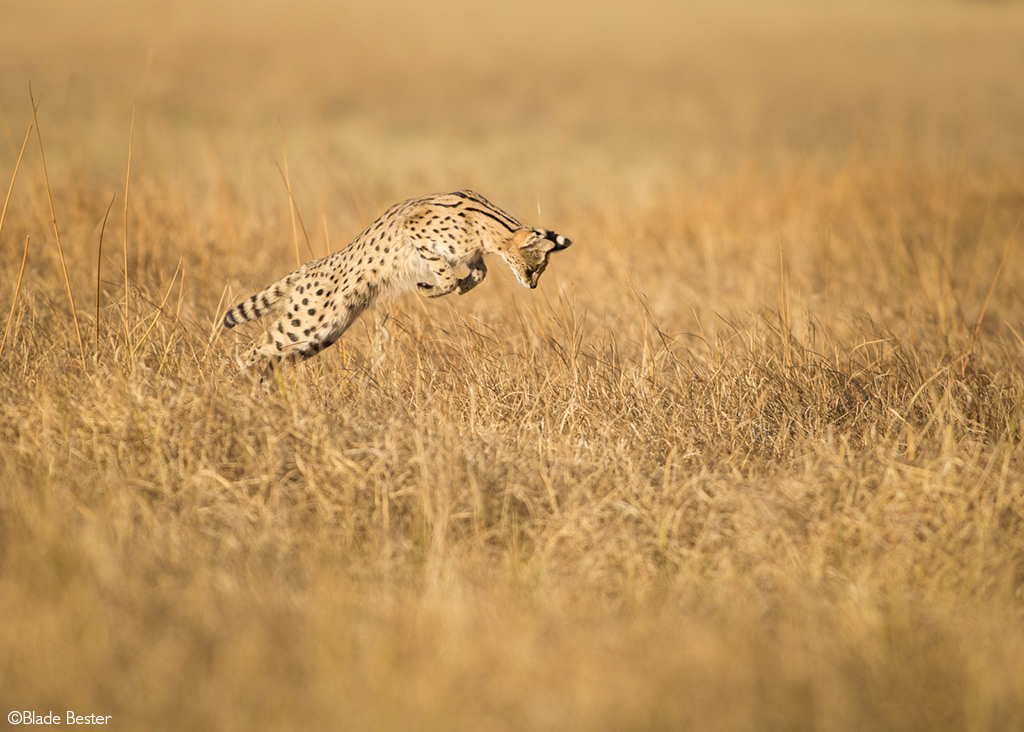