Posted on November 8, 2022 by teamAG in the Decoding Science post series.
ShareTweetPinEmailShareShareLinkedIn 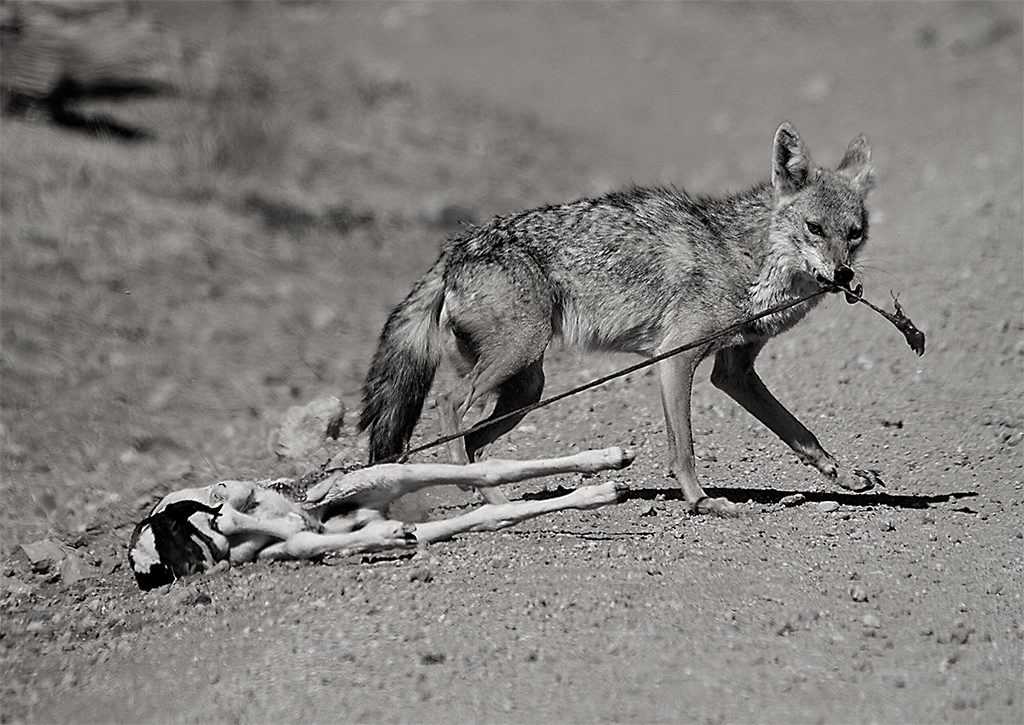 There are no one-size-fits-all or universal criteria for predicting and mitigating human-wildlife conflict. However, understanding long-term trends associated with different types and frequencies of conflict incidents is essential in designing mitigation policies and allocating resources. New research from Namibia examines human-wildlife conflict between 2001 and 2019 to identify some of these crucial trends.

Of the total 112,165 human-wildlife conflict incidents (HWIs) reported across the country, livestock depredation was the most common type of conflict (83%), and elephants were the species most associated with conflict incidents (22%). However, the researchers found marked variation between regions, as well as the significant impact of various factors, including distance to the nearest protected area, geography, conservancy size and, in particular, both annual and average monthly rainfall.

In arid north-western parts of Namibia, where extensive pastoralism is the main agricultural activity, livestock depredation and infrastructure damage ranked highest in frequency. In the wetter regions of the northeast, where higher rainfall and productive soils favour crop production, HWIs were more associated with crop raiding and attacks on people. A total of 1415 “problem animals” were killed or trapped across 79 Namibian community conservancies from 2001 to 2019.

In terms of reported HWI frequency, livestock depredation (83%) was followed by crop raiding (15%) and damage to infrastructure (2%). Less than 1% of reported HWIs involved attacks on humans. Interestingly, hyenas (19%), jackals (13%), cheetahs (10%) and leopards (8%) were all more frequently associated with HWIs than lions (4%), but lions were the top species declared as “problem animals” by Namibia’s Ministry of Environment, Forestry and Tourism (MEFT). As the authors predicted, livestock predation incidents increased at the end of prolonged droughts around the onset of the first rains. During these times, livestock animals are typically in poor condition, and the seasonal movements of wild prey species cause the predators to shift their focus to resident domestic prey. Similarly, infrastructure damage increased during months of low rainfall, likely due to animals damaging pipes and pumps in search of water. Weather and time of year also influenced crop raiding. In this instance, damage peaked later in the wet season, when the crops offered the highest nutritional rewards for wildlife. Crop raiding also occurred more frequently closer to protected areas (which act as a refuge for wildlife) and rivers.

The authors point to an overall lack of national spatio-temporal data as hampering the identification, targeting and prioritising of hotspots of wildlife damage throughout Africa. Given that resources to mitigate such conflict are invariably limited, they must be appropriately allocated to reduce livelihood losses. Hence mapping negative impacts and identifying drivers of high levels of damage is an essential first step in apportioning resources in a species- and area-specific manner.
Though they acknowledge that humans are the principal architect of negative interactions with animals, their results indicate the extensive adverse impacts wildlife can have on people and their livelihoods. Restricting wildlife to protected areas significantly limits wildlife abundance and distribution, but a coexistence model increases the risks of negative wildlife interactions. Thus, the study concludes that the “goal… is to both monitor these interactions and attempt to mitigate through appropriately scaled and affordable interventions which will improve tolerance towards wildlife and conservation objectives as a whole”.