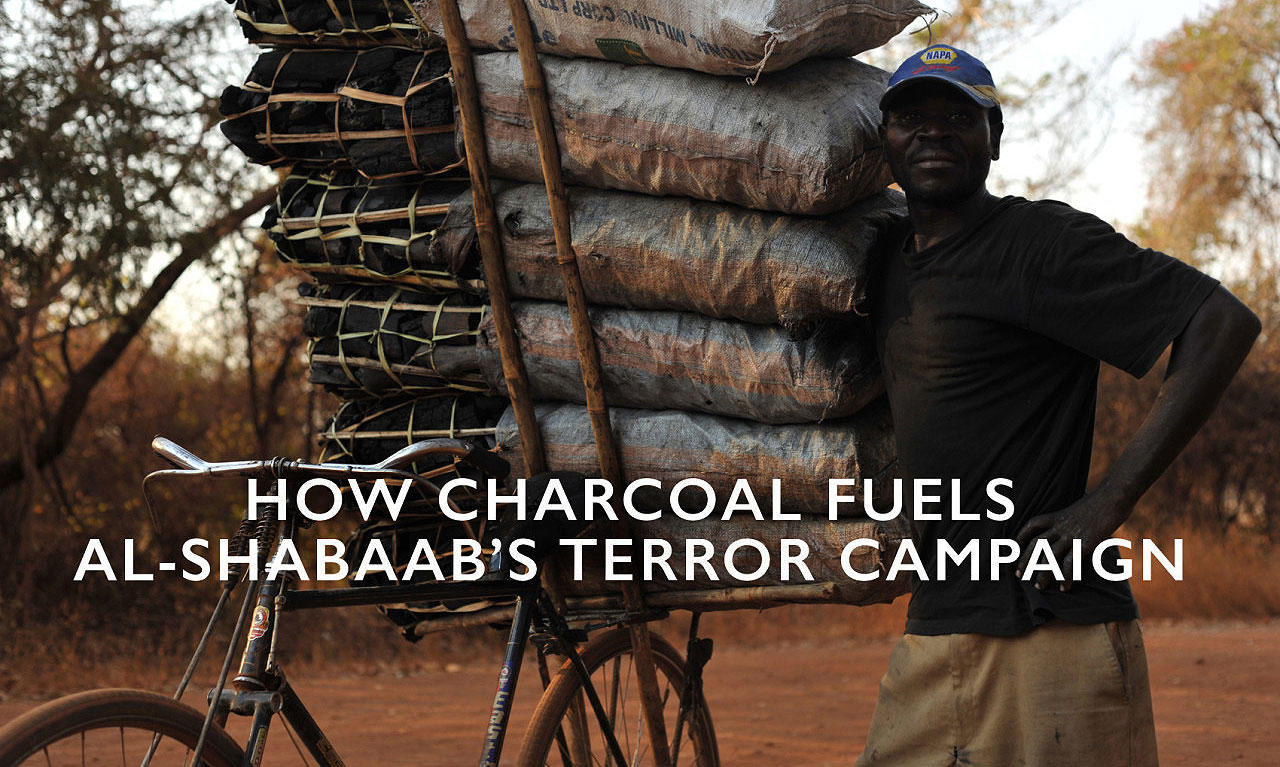 Like a good deal of the illegal ivory trade, much of the illegal charcoal trade in Kenya is said to be controlled by Somali Islamist group al-Shabaab, who use the profits to fund terrorist activities. A March 2014 report by journalist Kagondu Njagi for Thomson Reuters Foundation says charcoal worth more than US$1.7 million is being smuggled out of Kenya every month. Kenyan authorities don’t appear to be doing much to curtail it. In fact the Kenyan military have even been accused of aiding it.

In 2012, UN Monitors accused Kenya troops of smoothing the trade through Kismayo in Somalia when they took control of the port as part of the African Union Mission in that country. This was despite a UN Security Council ban on trade. A Reuters report in July 2013 says that Kenya gave their reason for defying the UN ban as concern about angry Kismayo charcoal traders undermining the security of their troops. Not only did the exports continue despite the ban, but they saw a dramatic increase in charcoal exports, said the UN monitors. Given the trading connections and taxation systems, it is believed that much of the profit would have gone to al-Shabaab.

A recent report by the UN and Interpol estimates the revenue from illegal logging at US$30-100 billion worldwide, much of it going towards funding of terror groups. “Al Shabaab’s primary income appears to be from their involvement in the charcoal trade and informal taxation at road-block checkpoints and ports,” states the report. It goes on to say that at a single Somali roadblock in the Badhaadhe District which borders Kenya, al-Shabaab have been able to make up to US$8–18 million per year for taxing passing charcoal. Al Shabaab retains about one third of the income from charcoal exported from Kismayo and Baraawe Ports constituting US$38–56 million. The overall size of the illicit charcoal export from Somalia has been estimated at US$360–384 million per year.

al-Shabaab claimed responsibility for the 2013 Westgate mall attack in Nairobi in which 67 people lost their lives. They are implicated in the recent scourge of bus bombings in Mombasa and Nairobi, and claimed responsibility for a series of massacres in Lamu County and Tana County in Kenya’s north east in which over 89 people have lost their lives. No doubt the link between poaching and terrorist activity is the catalyst for the appointment of UK troops to train anti-poaching units in Kenya. But the loss of habitat through illicit logging is a potentially greater threat to wildlife than poaching. The scourge of terror attacks is also turning tourists – a vital source of income for conservation – away. Another thing Mike Chase counts as he flies over the savannah for the Great Elephant Census is the number of abandoned tourist lodges.