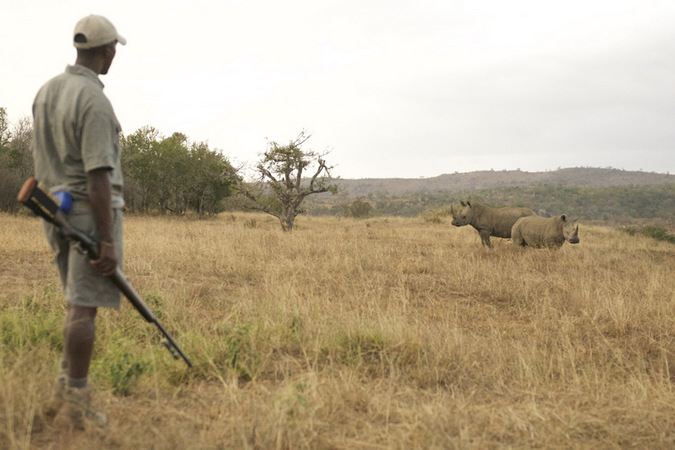 “The birthplace of rhino” – this is the name often given to Hluhluwe iMfolozi Park (HiP) in KwaZulu-Natal, South Africa, where the southern white rhino was saved from the brink of extinction half a century ago. Over the past few months, though, this sacred rhino protection area, managed by conservation agency Ezemvelo KwaZulu-Natal Wildlife, has had a significant escalation in rhino poaching.

As custodian of key white and black rhino populations, Ezemvelo has been protecting these iconic species and many of our country’s other natural assets for decades. Yet, the recent shift in focus by organised crime and wildlife trafficking syndicates have resulted in tremendous pressure being exerted on this conservation agency. Whilst they could forecast a potential displacement of poaching from other areas and prepare accordingly, the intensity at which Ezemvelo, and specifically HiP, has been targeted over the past year, was not something that could be predicted.

Contrary to the picture of disinterested Ezemvelo conservation officials often painted in the media of late, the men and women of HiP are literally fighting for the lives of their animals and their people without rest. Rangers are out on patrol day and night, responding to alerts and pro-actively creating a safety barrier between the rhino and potential intruders. Nights are spent in the bush, double shifts worked, with many of them not seeing their families for weeks on end as they dedicate themselves to their work’s purpose.

In control rooms nearby, rotating shifts of support teams to these rangers have eyes on screens and ears in radio communications 24/7 – collaborating with provincial law-enforcement units and closely supported by South African Police (SAPS). Emotions have run high these past months, and speaking to the staff on the ground you could easily see anger, immense sadness, and utter desperation expressed all in one conversation about the attack on their wildlife, their park, their livelihood.

Whilst the field staff kept up the front line, the dramatic increase in rhino poaching coupled with the impact thereof on their staff, have kept the Ezemvelo top brass sequestered behind closed doors for the sole purpose of developing more effective anti-poaching and resource management strategies.

Through lessons learnt on home ground, as well as taking from approaches successfully implemented by other conservation agencies, various tactics have been identified that will form the focus of resources and time over the next few years.

• Secondly, significant effort will be put towards putting in place structures and systems to solidify joint operation initiatives with national and provincial law enforcement, private rhino owners, and other conservation agencies (such as South African National Parks). Illicit rhino trafficking syndicates have no regard for national, provincial or any other boundaries, and it is, therefore, critical that anti-poaching and counter-trafficking operations be aligned across agencies and geographical regions.

• Furthermore, the primary focus has been placed on increasing the use of technology as a force-multiplier to detection and response strategies – placing Ezemvelo one step ahead of poachers, improving effective and rapid mobilisation of available resources, and keeping field staff safer. In this regard, Ezemvelo has embarked on a journey with Peace Parks Foundation in the evolvement of HiP as a so-called ‘Smart Park’. In October 2017, this partnership was formalised with the signing of a Memorandum of Agreement through which Peace Parks Foundation committed more than R10,6 million towards the HiP Smart Park development as part of the Rhino Protection Programme.

Mr Bheki Khoza, Acting CEO of Ezemvelo, shared his hope for the road ahead: “It will be near impossible for Ezemvelo KZN Wildlife to succeed in its fight against rhino poaching without the involvement of local communities as well as the support of public and private organisations that go out of their way to fund new technologies aimed at fighting rhino poaching. The poaching syndicates are always devising new plans to counter the strategies we use against them. I am hopeful that the new integrated, joint operational plan that we are now embarking on will be a game-changer. I am not saying that it will totally eradicate rhino poaching, but I know that it will form a critical component of efforts to reduce illegal wildlife crime activities going forward.” 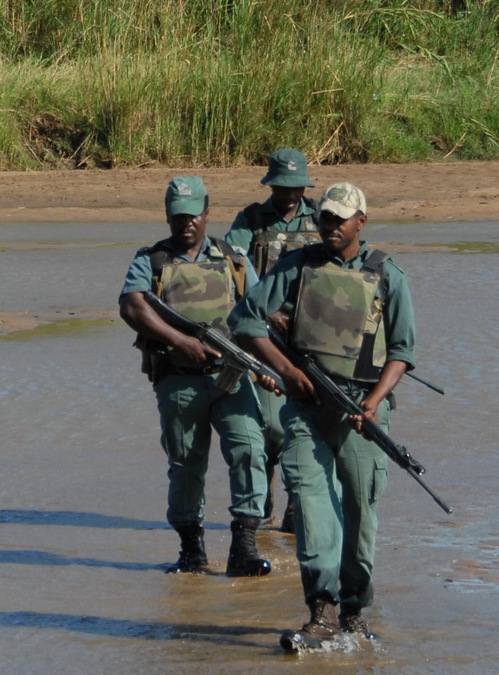 The purpose of the integrated system is to provide park managers and rangers with improved insight into everything that is happening across HiP’s vast conservation space, and to respond in a timely manner with the right resources. It will also allow for mapping rhino movement and hotspots, and the subsequent planning and execution of more successful protection tactics.

No longer will ranger forces have to follow the faint sound of a gunshot for hours before finally realising that the perpetrators had already jumped the fence. Now a gunshot can be followed by a rapid deployment of reaction forces to within metres of the alert location. And, if all plans come to fruition, the hand that would have pulled the trigger will in future be in handcuffs before the shot is even fired.

The development of the Smart Park entails the deployment of a collection of integrated technology solutions that together create a connected environment to enable seamless collection and consolidation of real-time data from various devices and sensors throughout the Park. Intelligent surveillance systems, image recognition cameras, digital radios, handheld data collection devices, animal tracking sensors, gate and access control systems, vehicle and aerial response tracking systems – these are but a few of the data sources that will be integrated into the unified technology ecosystem.

The establishment of the Smart Park will also include the provision of a Low Power Wide Area Network (LoRaWaN) with world-class internet connectivity for the integration of smart sensors and the speedy transmission of data.

The approach that has been developed through the agreement between Ezemvelo and Peace Parks, not only relates to developing a Smart Park with greater real-time wide-area situational awareness but also focuses on putting in place a central command and control system for the anti-poaching unit. All data collected will be packaged and presented to this central command through a single, simple web-based application, where artificial intelligence will also be applied to interpret and analyse the data, allowing for quick decision-making and effective tactical planning.

Central command will be headed by an operations manager who will make sure that the new technologies are integrated into daily anti-poaching operations and who will guide reaction force tactics – thus bridging the “people” and “technology” divide from within.

Werner Myburgh, Peace Parks Foundation CEO, added: “The battle against wildlife crime is far from over, and high market prices continue to drive the relentless demand for wildlife products. To stabilise this situation, a sustained multi-pronged approach is required. Whilst consumer countries need to be educated about the devastating consequences of their behaviour, we cannot sit idly by, hoping for change. Technology is one of the many strategies that can play a significant role in preventing the extinction of iconic species such as rhino in the wild. To this end, we would like to congratulate Ezemvelo for boldly moving forward, and wish to express our sincere thanks to the Dutch Postcode Lottery for their continued and courageous support.”