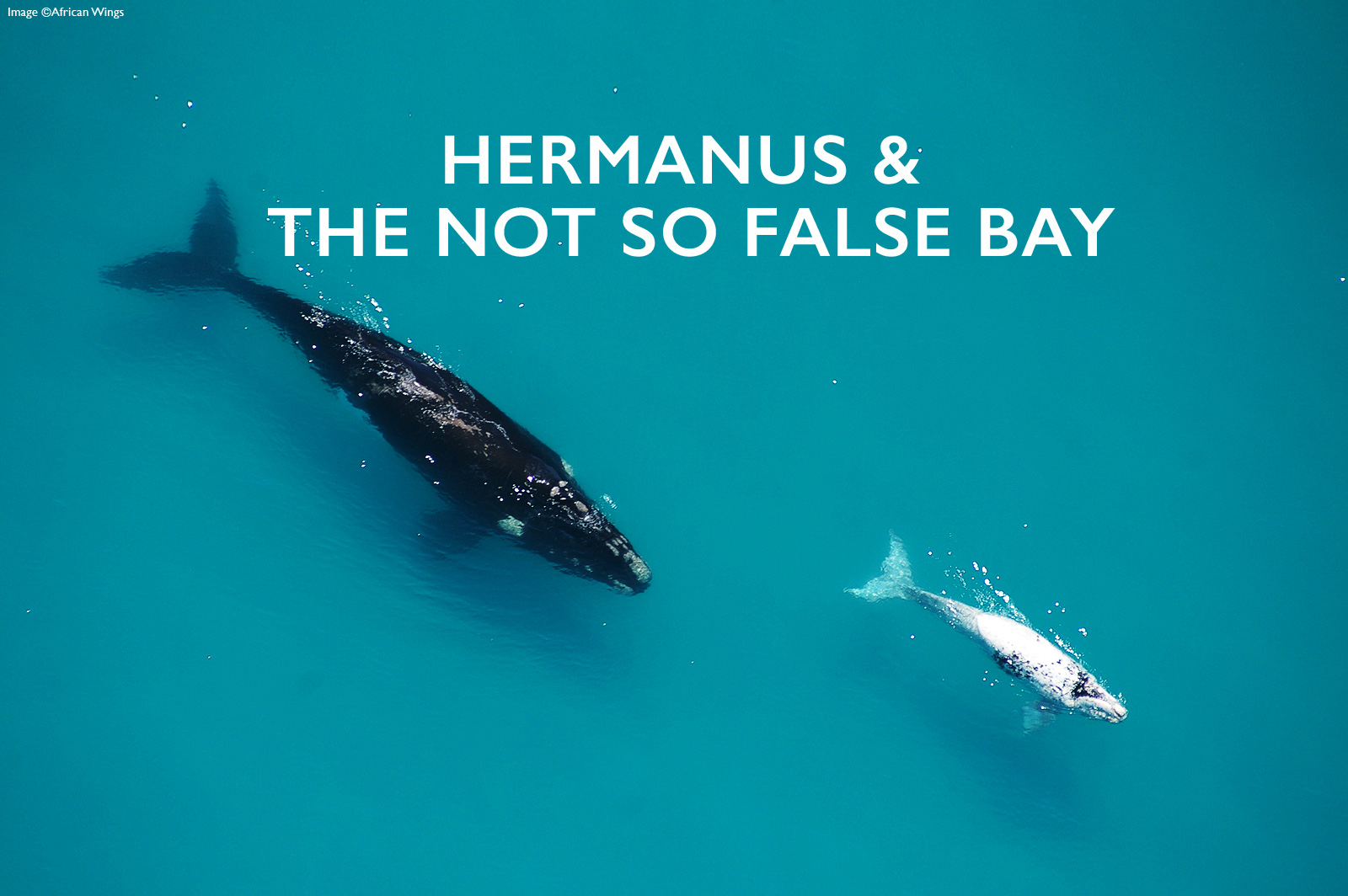 I am lucky to call Cape Town home because it means I’m able to enjoy the ocean right alongside mountain wilderness, five-star dining enhanced by fine wines, a buzzing art scene and a vibrant nightlife, the ramifications of which can be cured with exceptional coffee found on every street. To leave Cape Town for a holiday seems like madness, but perhaps it’s okay if it’s just for a weekend.

A certain train leaves Cape Town for Simonstown in False Bay every second weekend. Catch it and you’ll travel back in time – not just because Simonstown clings to a bygone era, but because this train runs on steam. As you chug away from Cape Town the expanse of False Bay is steadily revealed. Before long the ocean is almost lapping at the rails, the hiss of the engine marks your passage in time and you eventually arrive, with a steamy shudder, in the 1800s.

Victorian buildings line Simonstown’s streets. With shuttered windows flung open to the bay and naval flags lining the eaves, it’s clearly the ocean upon which this town thrives. A centuries-old naval base gives credence to the old cannons that spike the surrounding hills, and a yacht club lures sailing ships from around the world. Not far from the old town, on the way towards the jagged cliffs of the Cape Peninsula, penguins make their home on protected beaches, and False Bay’s secrets, of kelp forests and strange creatures, are hidden beneath the waves.

It’s a wonderful place from which to explore the peninsula, surf the waves of Muizenberg and commune in the antiquarian haunts and coffee shops of nearby Kalk Bay. But don’t miss lunch at The Flagship back in Simonstown. Chef Duncan Doherty is the relaxed and funny host of this unique establishment – more of a delightful home than a lodge and restaurant.

Much of his fare comes from the ocean on his doorstep, and although many arrive at his table as strangers, they are soon kicking their shoes off as friends. I kicked mine off, made some new American friends and stayed the night, anticipating the next leg of my next trip around False Bay on a more modern form of transport.

If motorcycles came with cup holders I might have taken off immediately, but coffee was enjoyed sitting on Kalk Bay’s vibrant street gazing alternately at the passersby and the imposing motorcycle that Tyger Valley Harley Davidson had lent me. I couldn’t help comparing it to a steam train; only because it handled like it was on rails. The size of the bike belies surprisingly nimble handling on the most curvaceous of bends.

Sticking to the coast after Muizenberg, the road skirts along a windswept stretch of beach making up the deepest cut of False Bay, then, after crawling through Strand and Gordons Bay, you are rewarded with the most scenic stretch of coastal road in South Africa, if not the entire continent. It’s also the most fun. You can’t take a train around the tight turns of Clarence Drive, but on a bike, it becomes a fairground ride enhanced by the sea air washing up from the waves below and the breathtaking views around every bend.

When the curves run out, you can’t just stop and turn around, no matter how enticing the road. Hermanus is too close to ignore, especially during the whale season, and it’s a perfect base to explore the beautiful Hemel-en-Aarde wine valley just outside Hermanus and commune with the water creatures of Walker Bay.

Birkenhead House is an incredible base, the hotel’s location being the envy of many – on a small cliff-top in Hermanus overlooking Walker Bay, where so many whales come to calve their young.

The unobtrusive entrance gives little away of its wonderful interior, and as you descend its three expansive levels, flanked by an enviable collection of contemporary art, the ocean grows larger and larger in your view until you are walking through the lounge and standing on the pool deck with the entire bay at your feet. Then a whale waves a flipper in greeting, a chilled glass of wine is put in your hand, and you think, perhaps getting away from Cape Town is something I should do more often.

Whale Watching by boat: Ivanhoe Sea Safaris specialises in boat-based whale watching from June to September. They are located in Gansbaai, just 40 minutes from Hermanus, operating in the waters of Walker Bay which is famous for its whale activity. Ivanhoe also offers eco trips focussing on the wider marine life, as well as private charters.

Whale Watching by plane: African Wings takes off from Stanford, just 25 minutes from Hermanus, giving you a unique perspective on the whales in Walker Bay. Flights take up to three people and vary in duration between 30, 45 and 60 minutes. African wings also offers a variety of scenic flights and tailor-made experiences.

Wine tasting in the Hemel-en-Aarde valley:

Before reaching Hermanus when driving from Cape Town, turn left onto the R320 Hemel-en-Aarde Road to explore the wines and landscape of this beautiful valley. It’s a refreshing alternative to Franschoek and Stellenbosch with a wide selection of award-winning vineyards and restaurants.

Ataraxia’s tasting room, The Wine Lounge, is built as a chapel situated on what must be the most spectacular spot in the valley – an ideal place to sit and contemplate their delicious wines.

Creation Wines has wonderful wine pairings with tapas daily between 11H00 and 16H00, 10AM brunch pairings and a secret food & wine pairing (Needs to be reserved 24hrs in advance).

Birkenhead House is situated in a quiet part of Hermanus on a cliff-top overlooking the whale haven of Africa. It’s made up of 3 houses with 11 eclectically decorated rooms, a spa, gym, and two pools. Stylish luxury contrasts with a laid back atmosphere that has you feeling completely at home. Everything is at your own pace here and the staff treat you more like friends than guests.

Boulders penguin colony:
As part of Table Mountain National Park, Boulders Beach is the protected home of more than 2,000 endangered African penguins. But it doesn’t mean you can’t visit to delight in the antics of these characterful birds. From the turnstile entrance, a walkway means you can view the penguins without destroying their natural habitat, and there is also access to a sheltered beach where you and the kids can swim – but don’t touch the penguins.

The variety of eclectic shops, restaurants and cafés on Simonstown’s main street and waterside belie the quaint size of this town. You can lose yourself here for a day hunting down that art piece, learning about the history and sampling the tasty wares of its restaurants and cafés.

Hard work like this needs a respite and the restaurants on the waterfront are a good place to relax for a maritime meal while you watch the sailboats bob in the harbour. Boat excursions to Cape Point and Seal Island can also be arranged here with Boat Company, as well as whale watching excursions in False Bay.

The naval history of the town goes back to 1810 when the Royal Navy moved its headquarters from Cape Town to Simonstown. It’s a fascinating place to learn about the history of South Africa’s fighting and defensive ships, from the days of sails through to the minesweepers and submarines of World War 2 and beyond. Most surprising are the mapped records of German U-boat activity along South Africa’s coast, making one realise this wasn’t necessarily a quiet theatre of maritime war.

Lunch at The Flagship:

Chef Duncan Doherty hails from the renowned culinary and wine capital of Franschoek, his connection with wine and food showing in his portfolio of work with Haute Cabriere, Fancourt, The Lanzerac Hotel and the Graham Beck Wine Estate. At The Flagship he builds your 5-course meal around the very best wines, pairing them with local sustainable seafood in a relaxed atmosphere that makes you feel completely at home. To top it off, 4 sea-facing suites are waiting for you so you can linger in Simonstown for much longer.

This seaside town is the hip sister of Simonstown with restaurants, cafés and shops that range from cool and funky to discerning and chic. Kalk Bay’s harbour is a small, buzzing fish market where fishing boats offload their catch daily. A couple of tasty fish and chip restaurants line the harbour and the finer fare can be found at Harbour House with a view over the crashing waves of False Bay. Punctuating the shops of this town are a number of cafés, each with its own eclectic vibe, but make sure to sample the fare of Lekker, an Afrikaans word meaning “tasty”.

The Western Cape’s coastal roads are ideal for two-wheel touring – with twisty roads and incredible scenery, there’s no better way to experience it. If it’s for a weekend away, you can fit everything you need on a tourer like the Ultra Limited which has enough luggage space for you and a passenger.

Let off some steam with Atlantic Rail:

Atlantic Rail gets underway every second weekend, steaming down the track towards Simonstown or Stellenbosch and back again. Invite friends and family, take a picnic along, and if you really want to get into the swing of it, wear period costume for a true journey back in time.