Giraffe evolution – pieces of the puzzle

Posted on July 26, 2022 by teamAG in the Decoding Science post series.
ShareTweetPinEmailShareShareLinkedIn 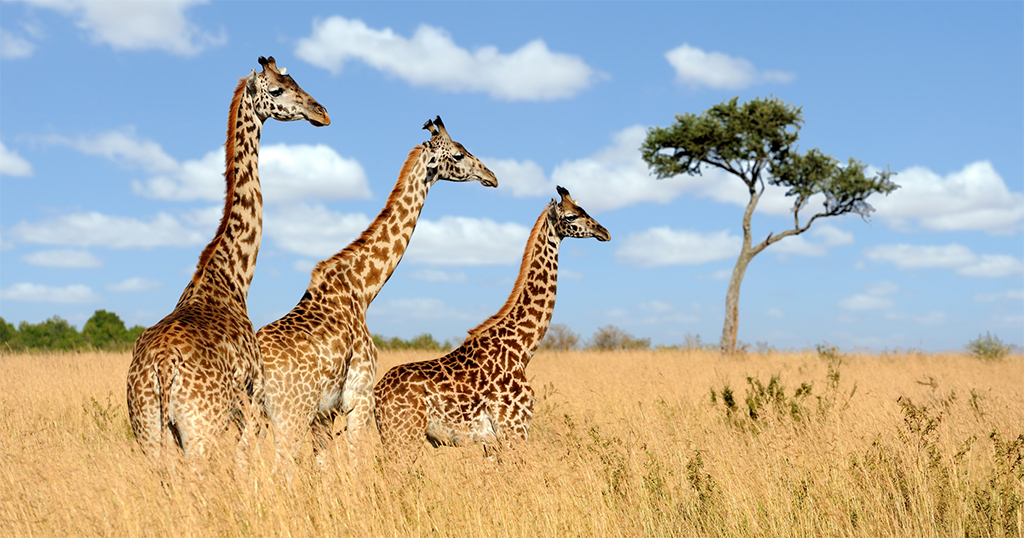 Giraffe evolution has long fascinated biologists. Unique in the animal kingdom, their towering stature confers considerable advantages for access to out-of-the-way resources and vantage for spotting predators. Recent research delves into how giraffe genetics have shaped their ability to defy gravity. The giraffe’s great height comes with significant physiological challenges, including maintaining the necessary blood pressure and bone density to support it.

Giraffes need to pump blood up to two metres above the level of the heart to supply the brain with oxygenated blood. This, in turn, necessitates pumping blood at a pressure double that of most other mammals – pressure that would cause severe damage to the human cardiovascular system.

Research had previously isolated a gene known as FGFRL1 (the fibroblast growth factor receptor-like protein 1). In giraffes, this gene shows seven mutations not present in other ruminants. Given that different mutations in this gene are known to cause cardiovascular and skeletal defects in humans and mice, researchers hypothesised that the giraffe’s exceptional FGFRL1 must be responsible for some of its specialised adaptations.

To test this, the authors of the new study used cutting-edge technology to insert the giraffe gene into mice. The modified mice and a control group without the gene then received a drug to increase blood pressure. The results were pretty conclusive: the “giraffe-type FGFRL1 mice” suffered less cardiovascular and organ damage than the normal mice. In fact, after 28 days of exposure to the angiotensin II drug, the modified mice showed no indications of hypertension – their blood pressure remained at the average.

Though the mechanisms behind this gene action are still not understood, the authors tentatively speculate that this research may well contribute to future gene therapies for humans suffering the adverse effects of high blood pressure.

Giraffes have one of the highest skeletal growth rates of any mammal – a calf will double its height during its first year. As a general rule, fast skeletal growth rates are associated with decreased bone strength, but adult giraffes have average bone mineral density. Interestingly, the “giraffe-type FGFRL1 mice” had significantly higher bone mineral densities, bone volume/total volume ratios and average trabeculae (essentially, the supportive “struts” in bone) thickness than the normal mice. Thus, it seems highly probable that the FGFRL1 gene in giraffes plays a role in maintaining compact and robust bones.

This particular finding goes to the heart of the basics of evolution and, in particular, evolutionary pleiotropy. Pleiotropy describes a situation where one gene impacts two or more seemingly unrelated physical traits. This may help explain how substantial phenotypic changes could have taken place over a relatively short evolutionary time.

In compiling the genome assembly, the study details how giraffes are adapted to have what is thought to be the best eyesight of any of the Artiodactyls (even-toed ungulates such as antelope and buffalo). This may be particularly important for giraffe because their reaction speeds are fractionally slower than most mammals because of a delay in neuron transmission caused by neuron length. Not only did the researchers identify several genes related to optical development, but they also showed that the giraffe has a reduced sense of smell. Compared to its closest relative, the okapi, the giraffe lacks at least 53 olfactory-related genes. This may well be a natural trade-off in sensory acuity seen in other animals (often arboreal species).

Unlike most other animals, a resting giraffe is not particularly well suited to rising quickly and gracefully, making them more vulnerable to predators. They also require high volumes of food. As a result, giraffe sleep durations are among the lowest recorded. The study outlines clear evidence of the rapid evolution of specific genes critical in maintaining circadian rhythms and sleep arousal systems. Thus, the giraffe’s genome allows for short and fragmented sleep.

Though the mysteries of the giraffe’s great height are far from entirely revealed, this research goes a long way towards improving our understanding of evolution on a genetic level. In particular, it provides crucial insights into how pleiotropy and some “lucky” mutations produced one of the most fascinating creatures on the planet.

Read more about the subdivision of giraffe species and subspecies here.

To learn about how you can contribute to the conservation of giraffes, read more about our project partner The Giraffe Conservation Foundation. Login to view – details below.