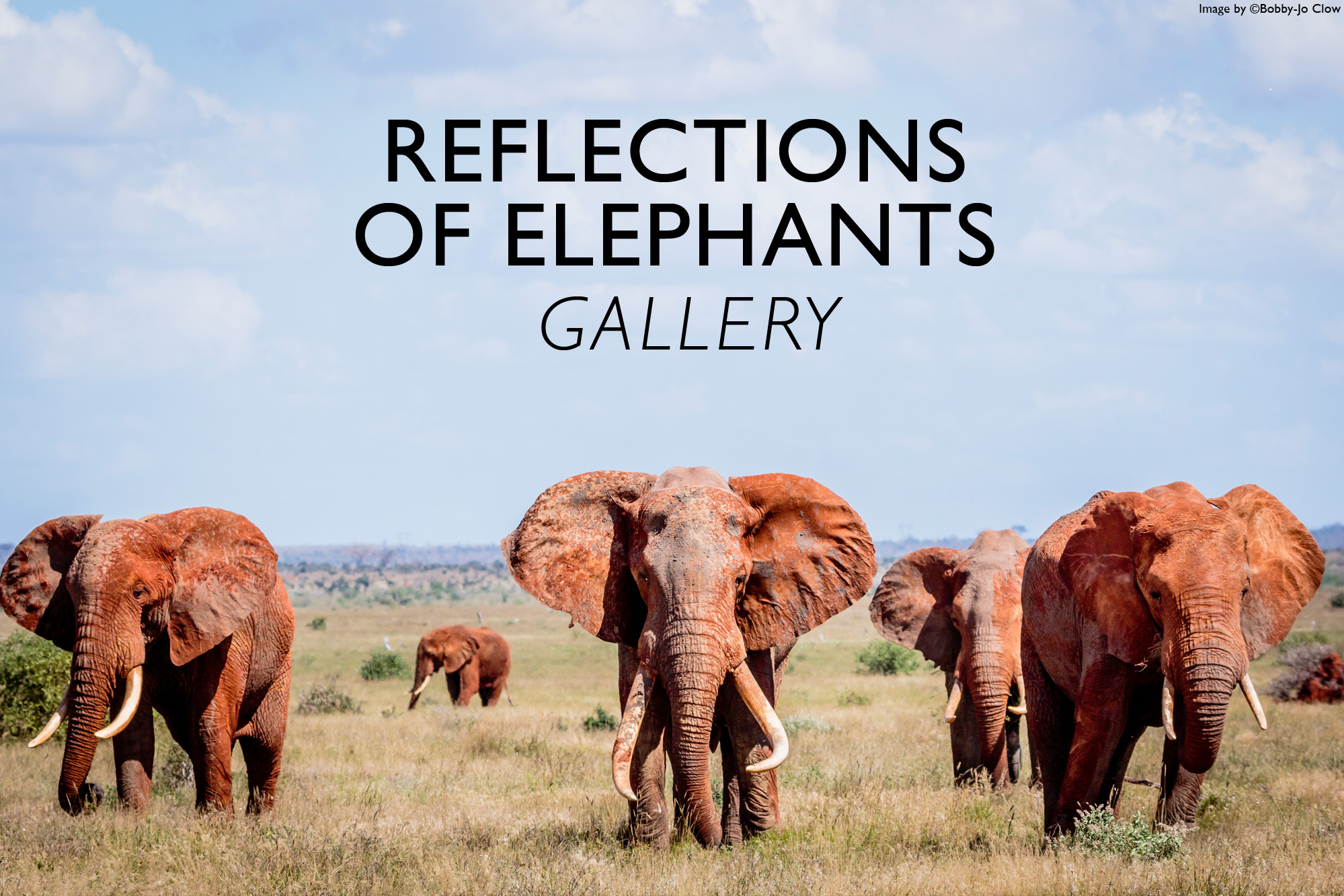 In May 2014, Africa lost one of its greatest treasures – Satao, a truly magnificent elephant. As a great tusker, he carried enormous ivory with each tusk weighing close to 50 kilogrammes, and he roamed the red dust bush of Tsavo National Park in Kenya for about 50 years. Satao was killed with a poisoned arrow, his face crudely hacked away, his tusks stolen and his body left to rot. The impact of his untimely, wasteful death, was felt around the globe.
Bobby-Jo Clow is a wildlife photographer based in Dubbo, Australia. Passionate about elephants, Satao’s death became the genesis for her new book project – one befitting the legacy of such a magnificent animal. Reflections of Elephants combines Bobby-Jo’s photography with the written reflections of a diverse team of writers, including best-selling authors, award-winning poets, conservationists and elephant experts from around the globe.
The cover photo of this gallery portrays a Tsavo tusker surrounded by his askaris. ‘Askari’ is the Swahili word for a soldier and is a term often given to young bull elephants found in the company of larger and older bulls. These young bulls learn many things from their more experienced teachers; lessons that they will need to learn to become a dominant bull. In return, these askaris provide company and security to the older bulls, detecting threats and dealing with dangers. 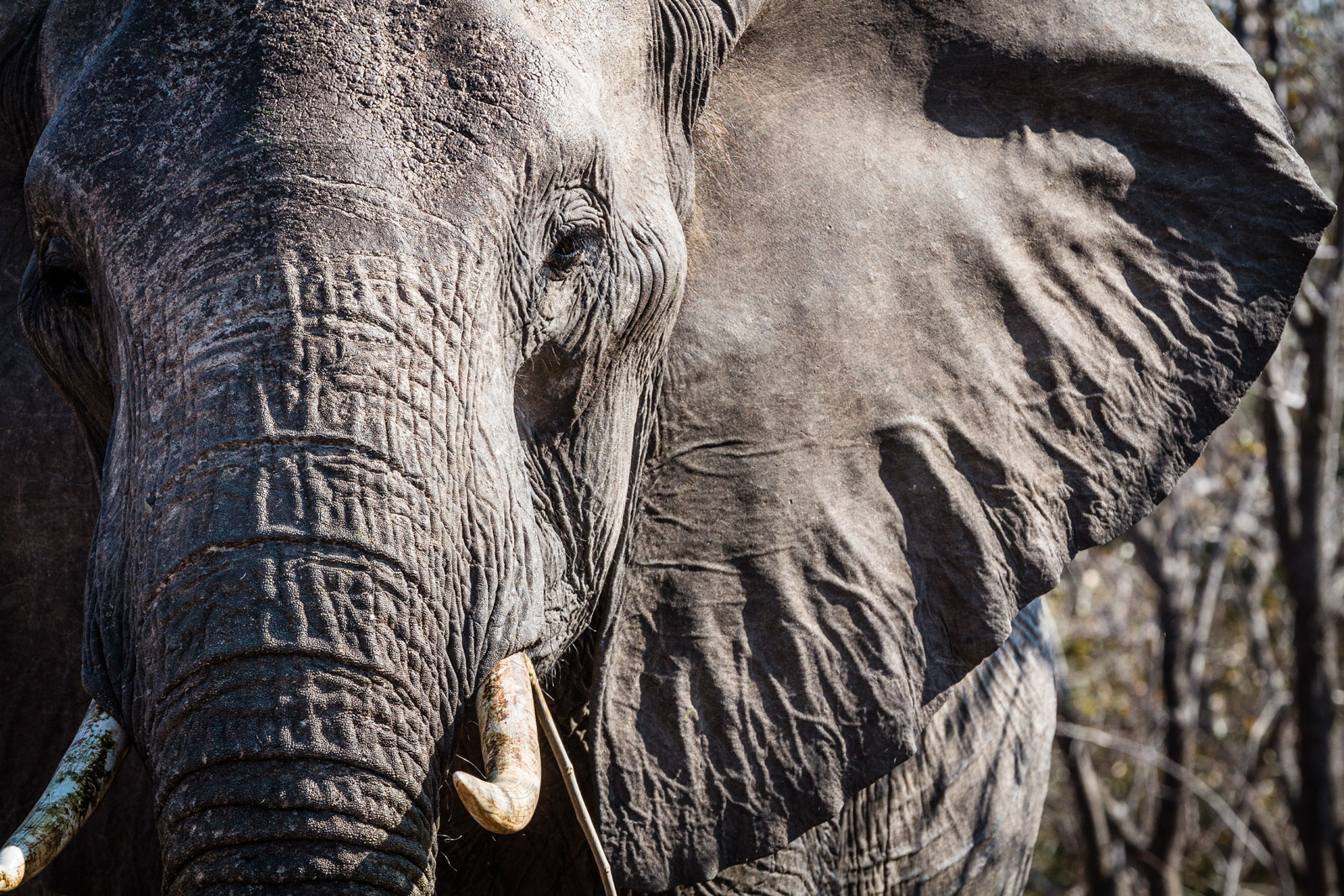 📷 A close-up of an elephant cow in a South African national park. © Bobby-Jo Clow 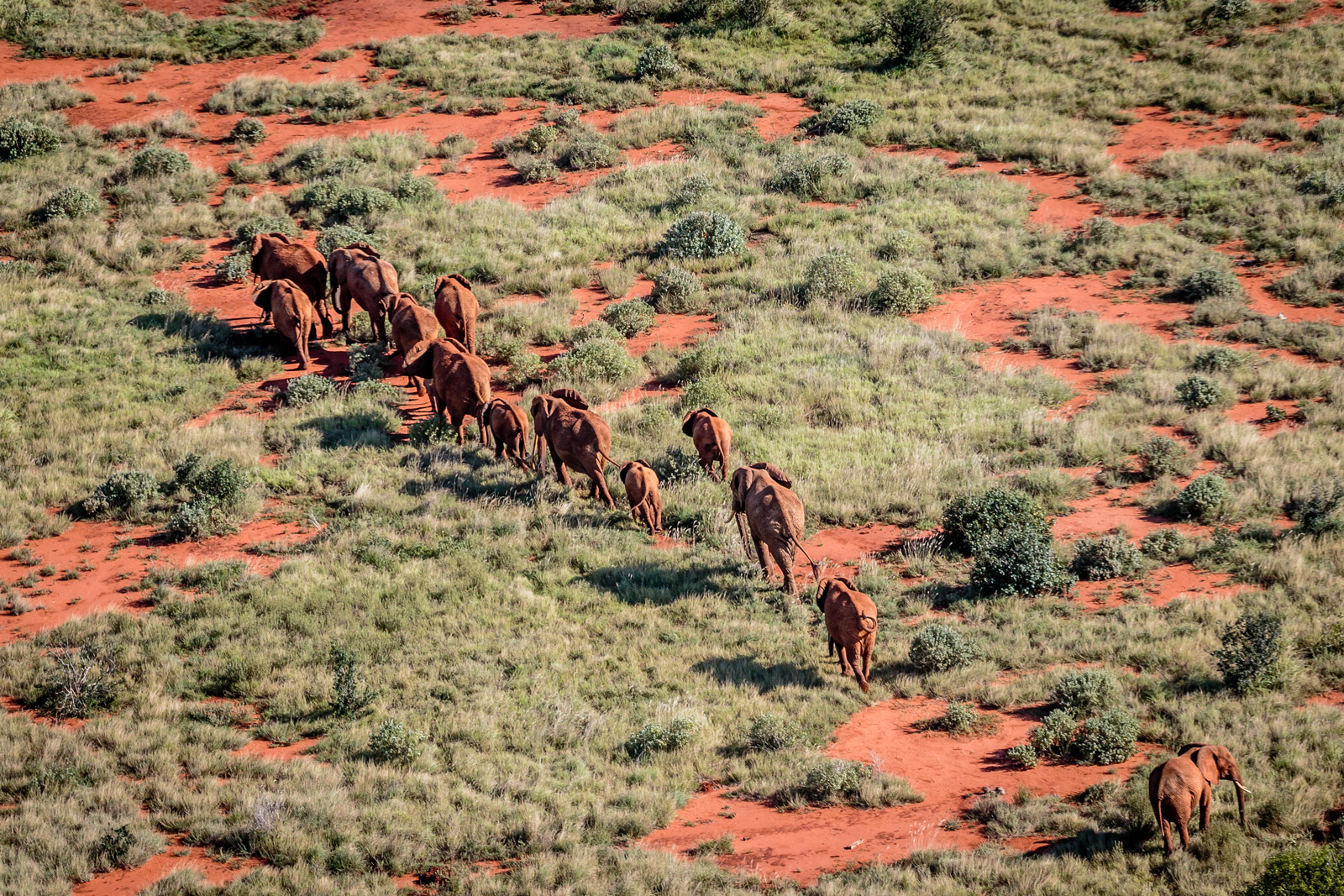 📷 Bobby-Jo spent the morning in the Tsavo Trust aircraft called Ace, from which she photographed some of the elephant herds from above. Proceeds raised from Reflections of Elephants will go towards providing fuel for ‘Ace’. © Bobby-Jo Clow 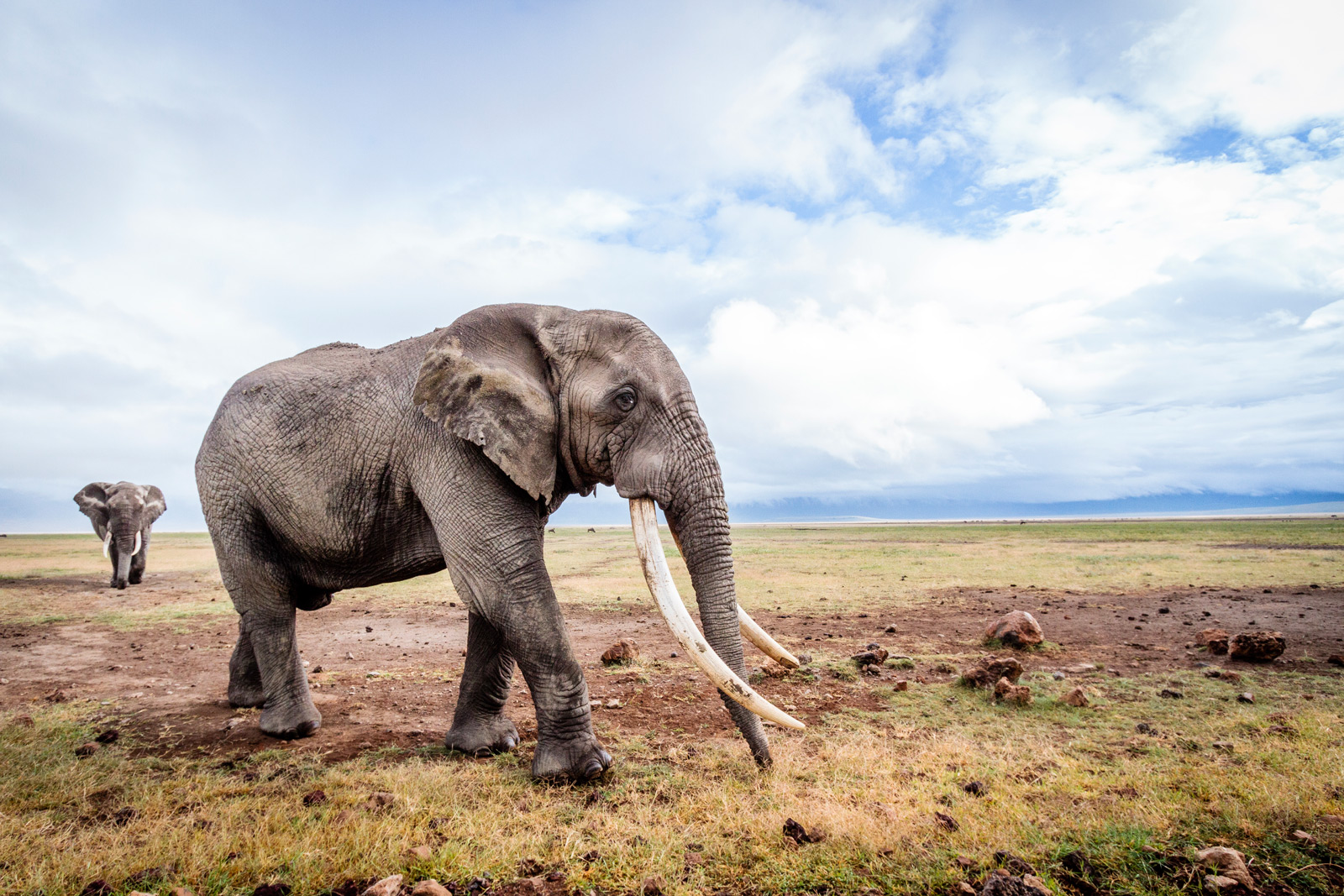 📷 This is Bobby-Jo’s favourite image from the book. She waited 90 minutes for this bull to come close enough to their vehicle, and then he came so close that she had to use a wide-angle lens to take this photo of him. © Bobby-Jo Clow 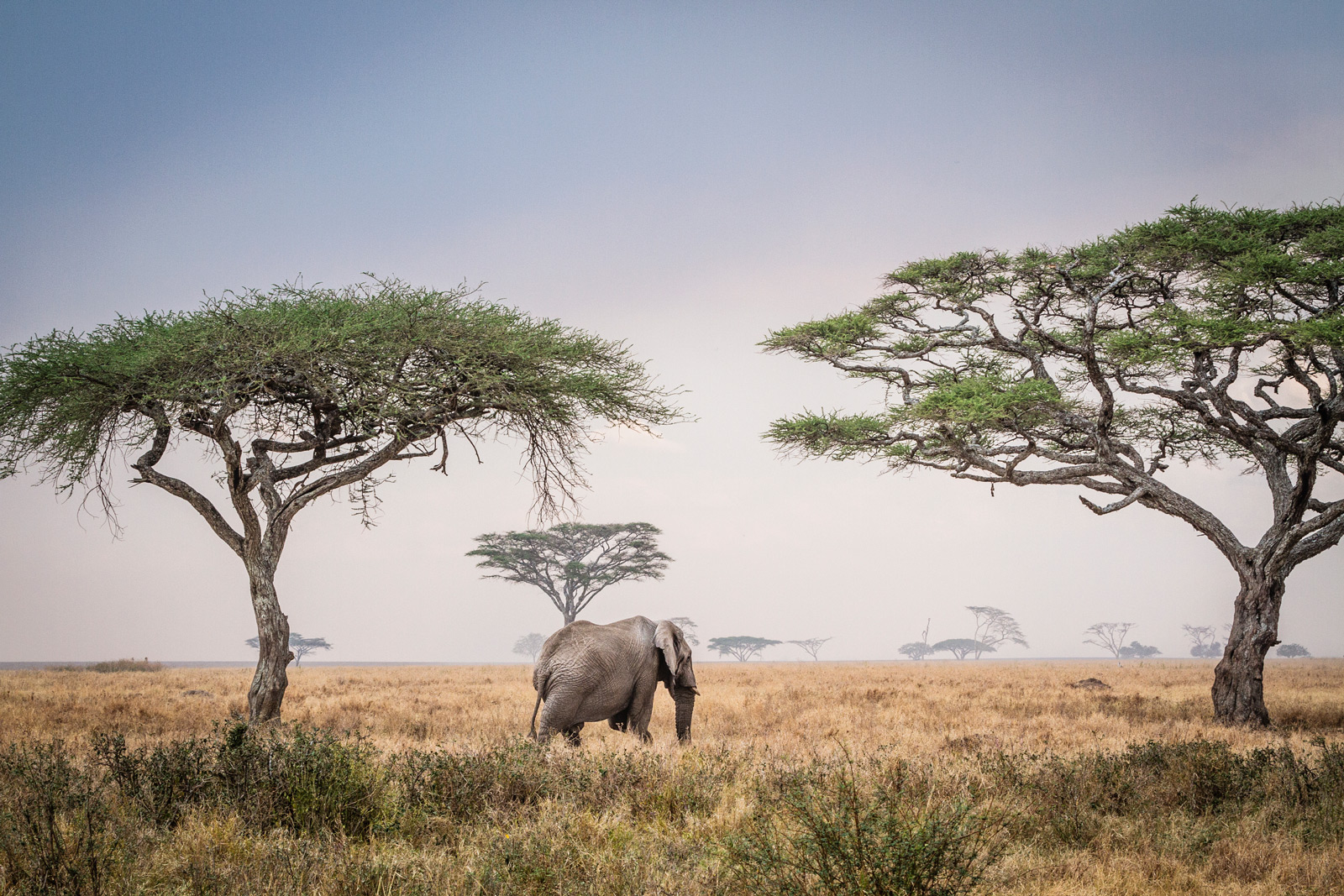 📷 A lone bull at dusk in a national park in Tanzania. This moment is representative of Heaven on Earth for the photographer. © Bobby-Jo Clow 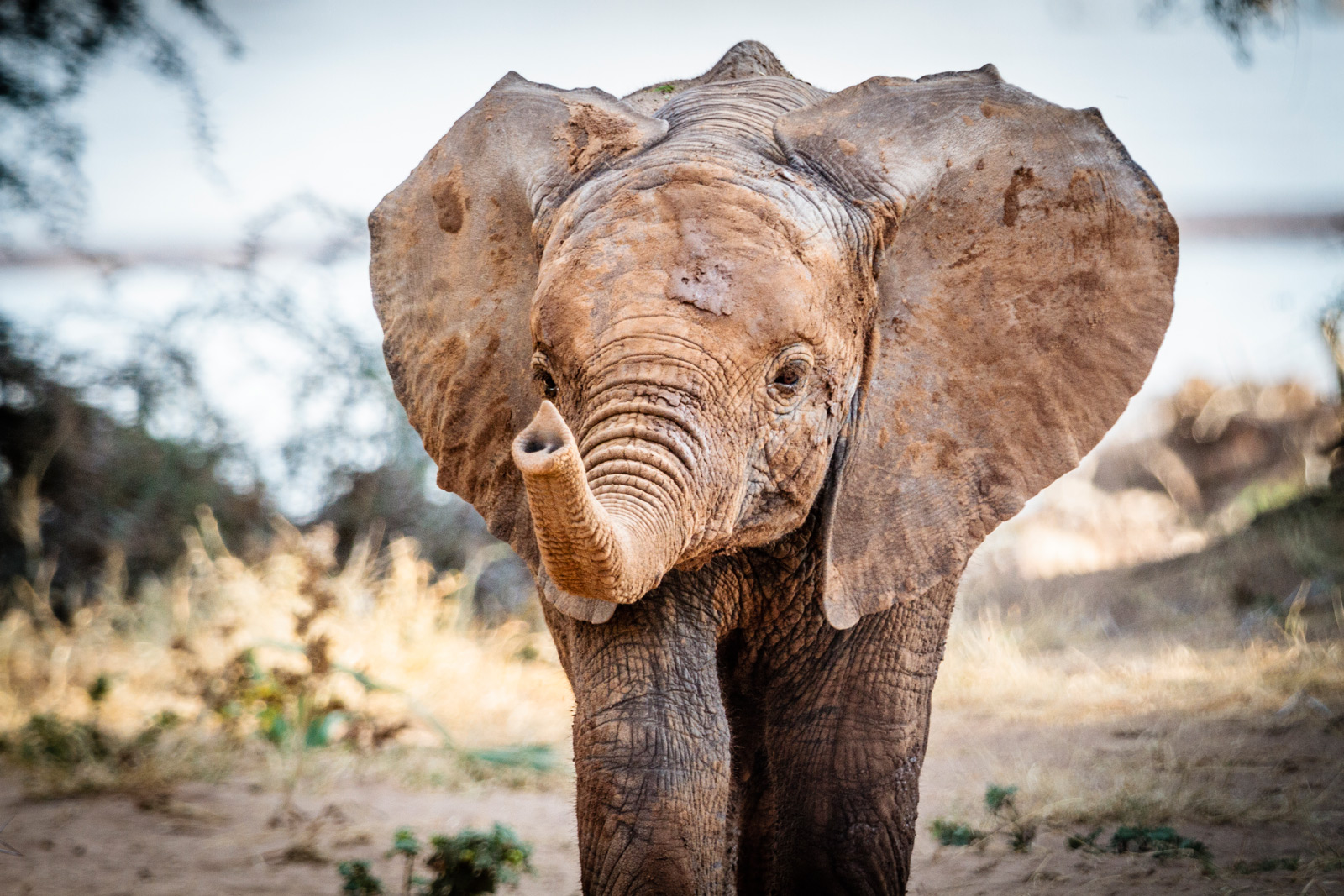 📷 A young Samburu calf has a sniff of Bobby-Jo and the camera. © Bobby-Jo Clow 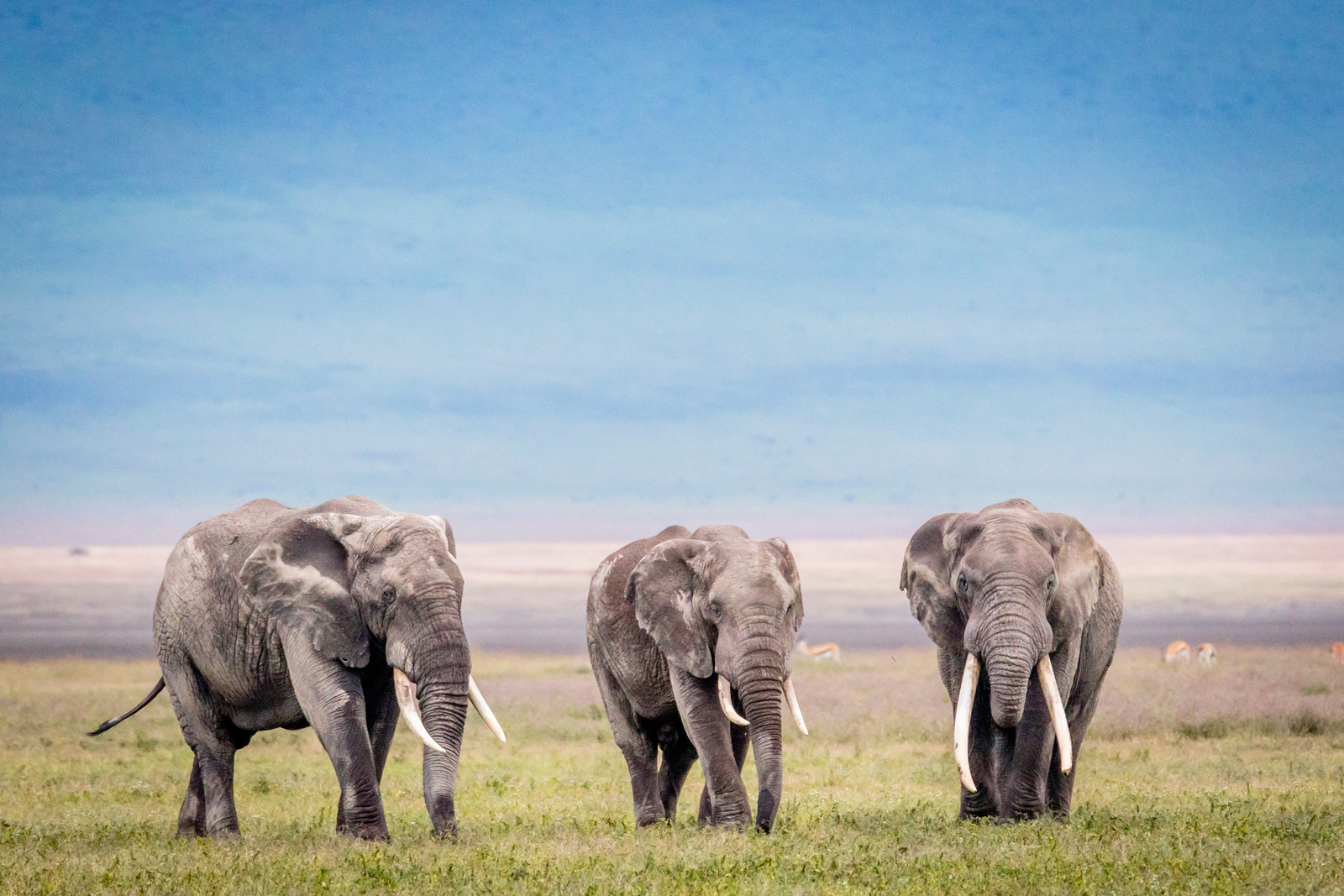 📷 Bobby-Jo waited an hour and a half for these bulls to come close enough so that she was able to take this shot. © Bobby-Jo Clow 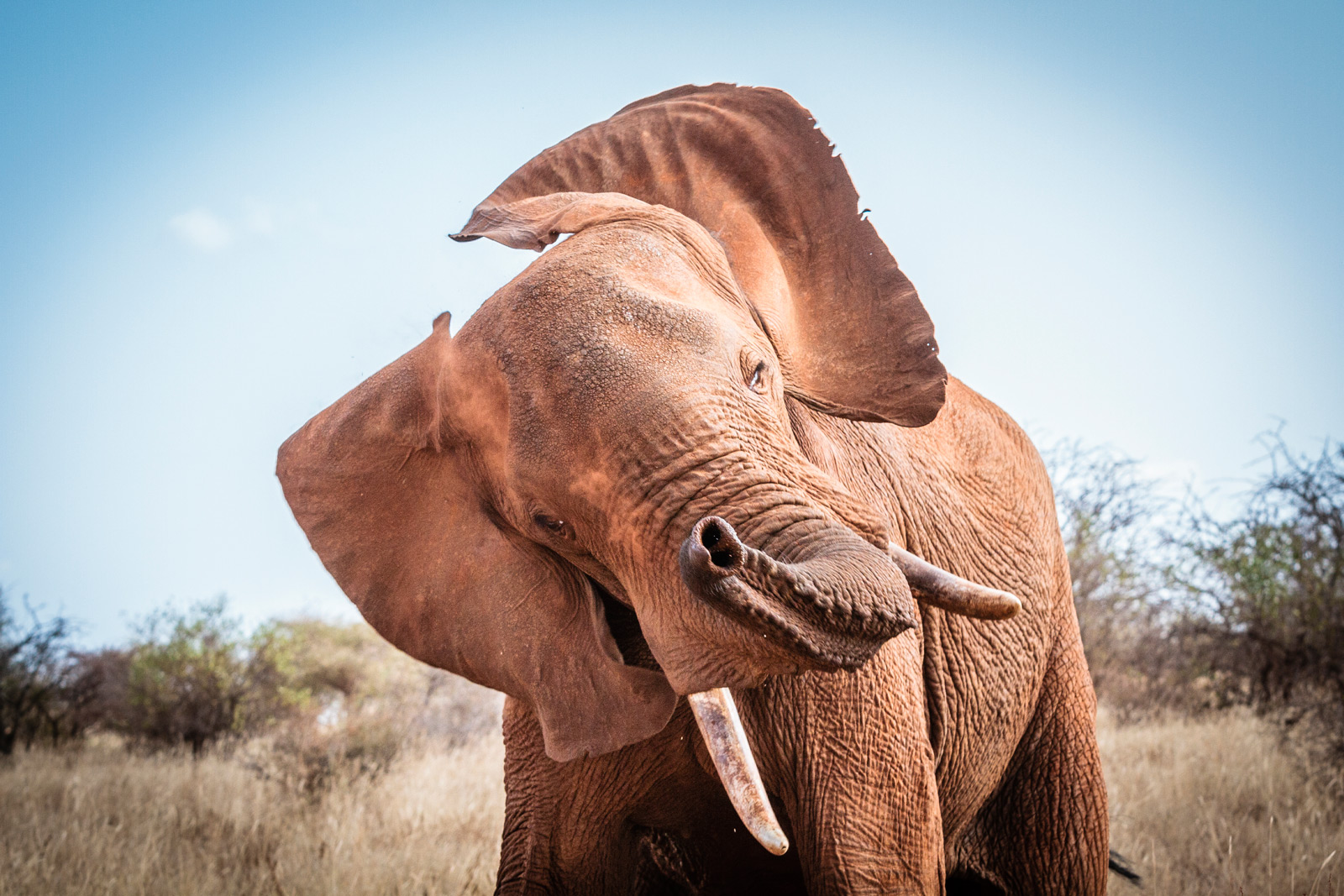 📷 An elephant bull gives the vehicle a warning not to get too close. Everyone listened. © Bobby-Jo Clow 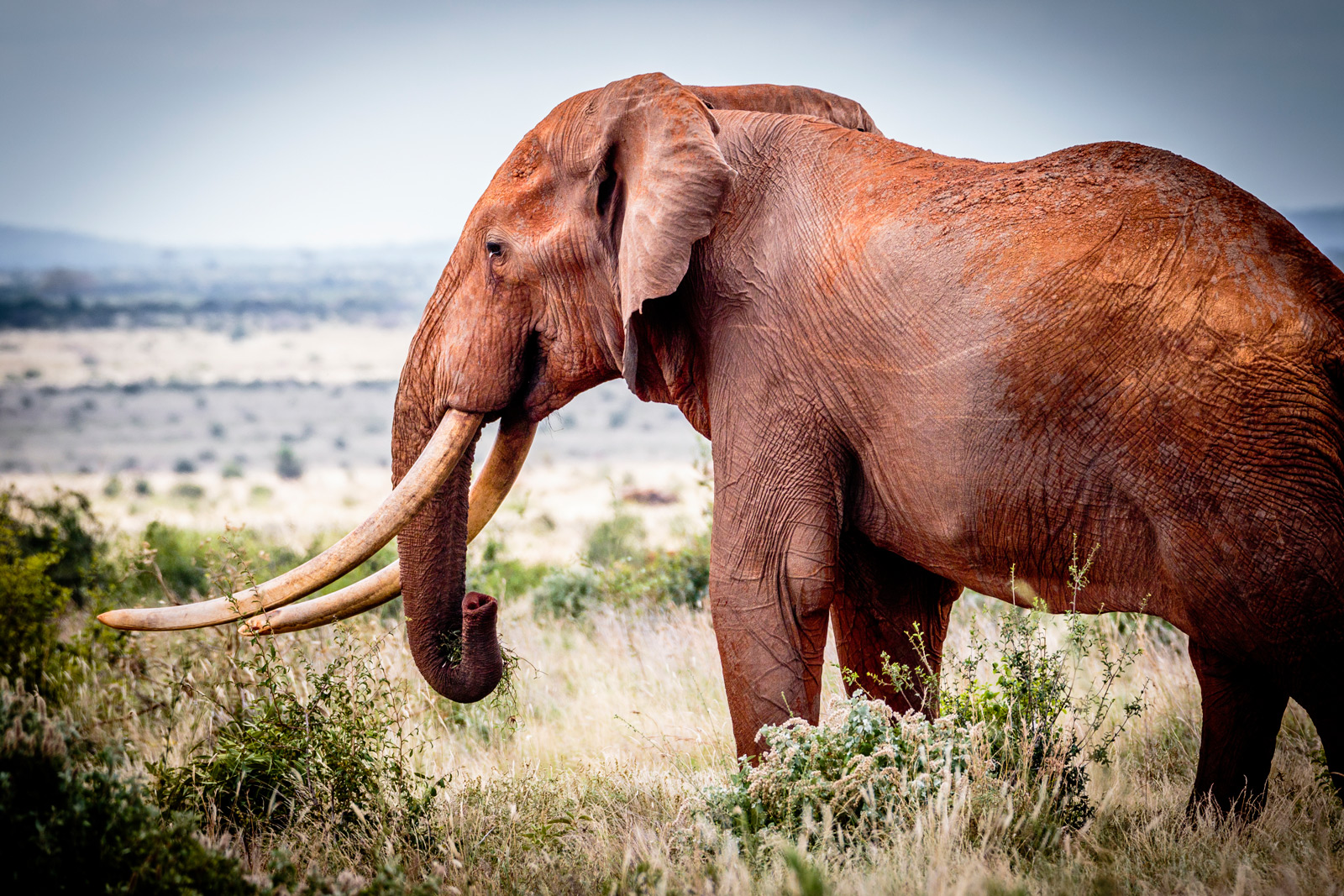 📷 This photo is of a famous tusker, which is a term given to an elephant whose tusks weigh in at 100 pounds each, or more. © Bobby-Jo Clow 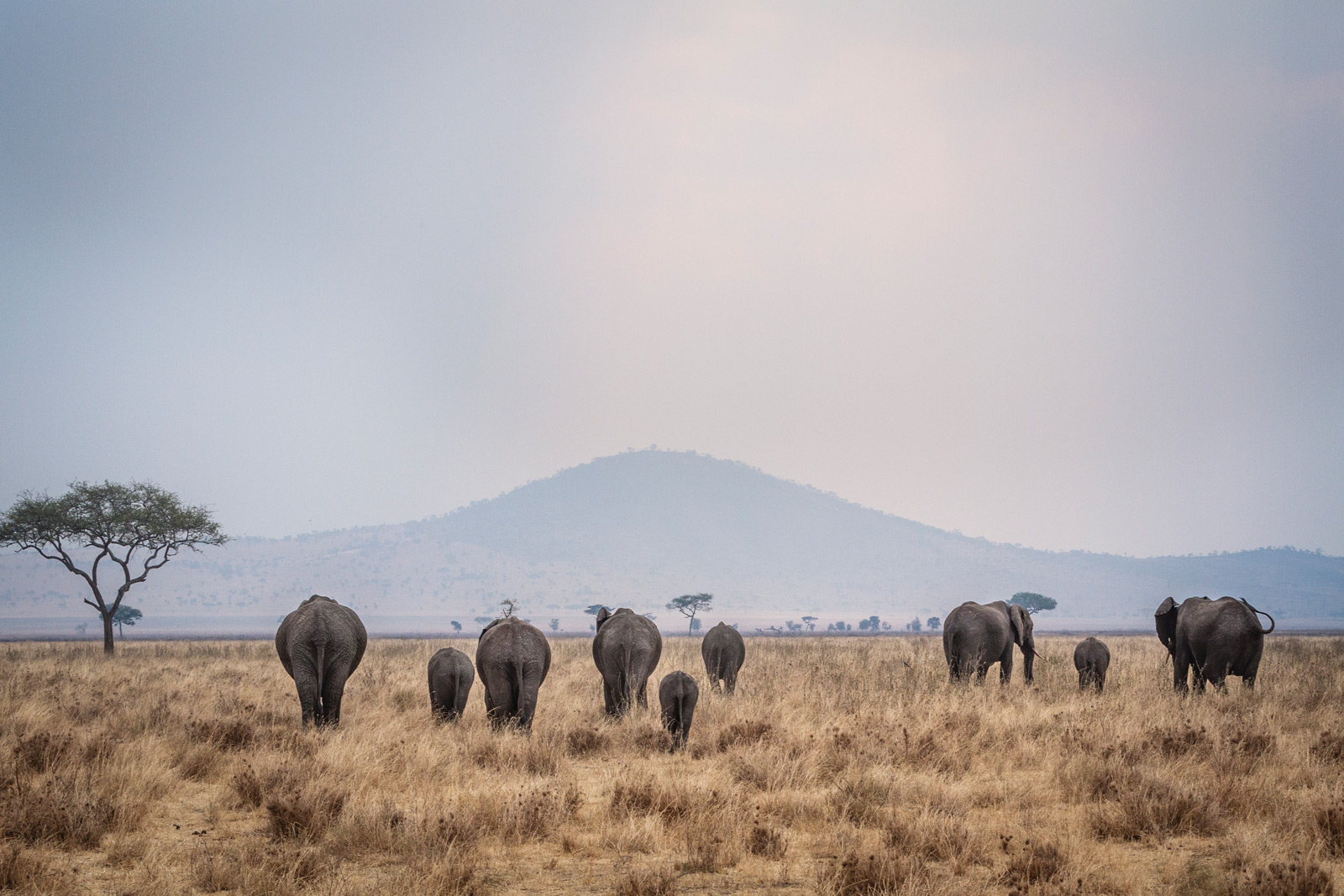 📷 A breeding herd at dusk in a national park in Tanzania. © Bobby-Jo Clow 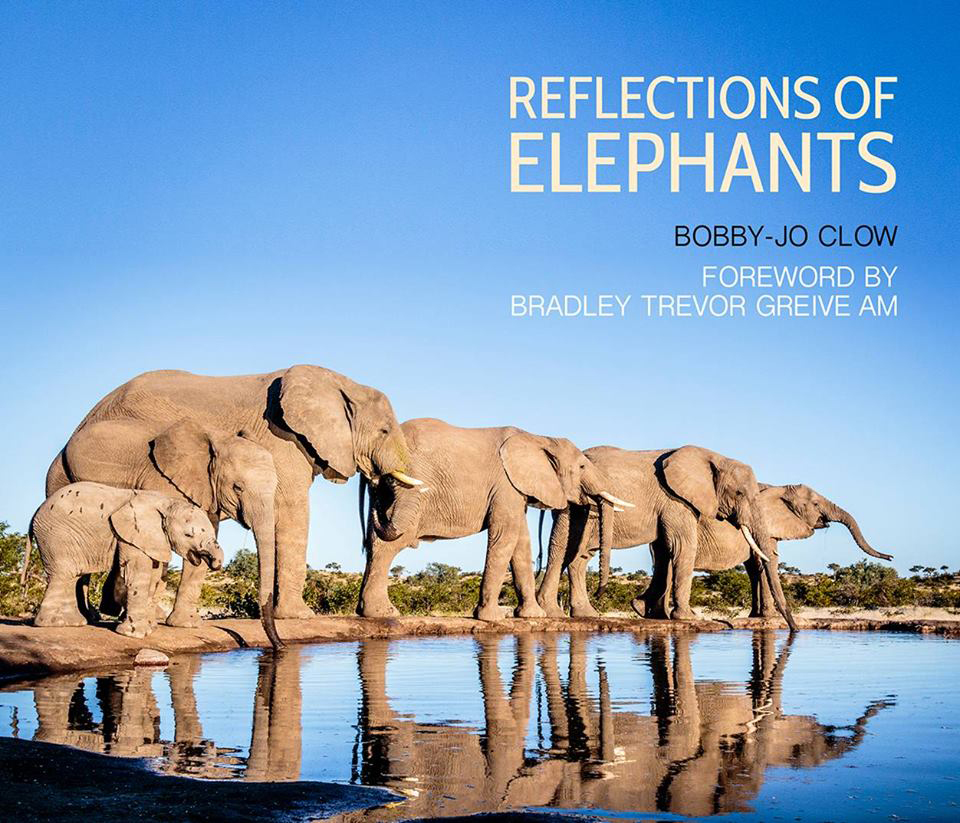 Reflections of Elephants will feature a foreword by New York Times bestseller, Bradley Trevor Greive AM, and the book will raise funds to protect elephants, especially the last great tuskers of Tsavo. All profits from book sales, and a percentage of the money raised in crowdfunding efforts, will be donated to The Askari Project – a fundraising initiative supporting the efforts of The Tsavo Trust. The money will help The Tsavo Trust with their anti-poaching operations and monitoring the last few great tuskers of the region, primarily through the use of aerial surveillance.
So if you have loved what you’ve seen in this gallery, click here to get updates about exclusive pre-order deals before it is released to retailers, and play your part in helping to protect Africa’s elephants.
The cover photo of this book was taken at a photographic hide in Botswana where Bobby-Jo spent a few days waiting for the elephants to turn up at the waterhole. She was finally rewarded on her very last afternoon when the light was gorgeous, and there wasn’t a breath of wind. The moment she clicked the shutter, Bobby-Jo knew she had her cover shot!
Subscribe to enjoy more galleries like this.