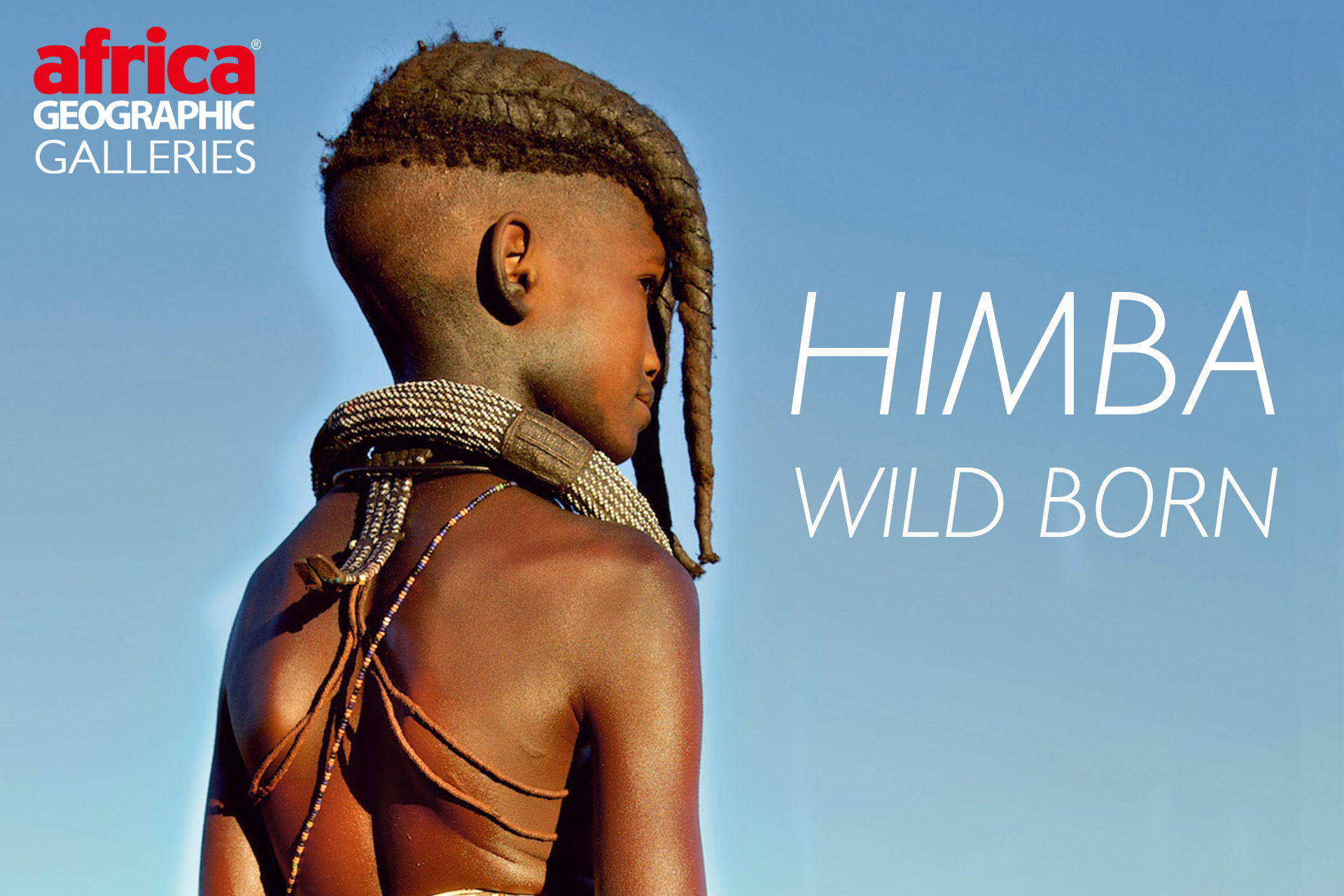 A GIRL’S RITUAL JOURNEY
TO WOMANHOOD

As part of her ‘Wild Born’ project, Alegra Ally spent four years travelling to remote corners of the world where she lived with isolated tribes. Through film, photography and writing, this project documents the ancient ways, intimate ceremonies and rituals of tribal women. One of those tribes was Namibia’s Himba people, and these images explore the Himba girl’s ascent into womanhood as well as aspects of her everyday life. 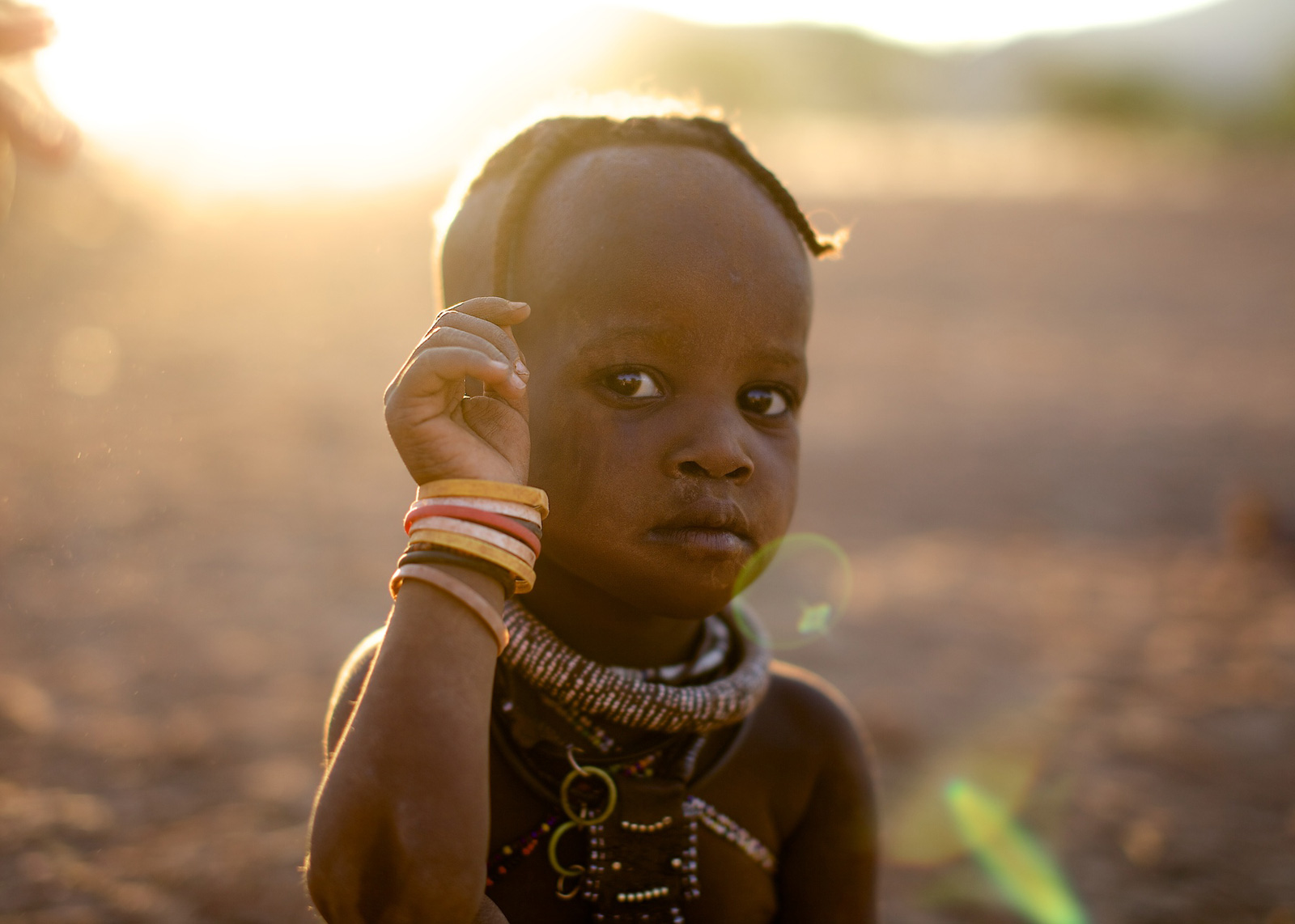 A young Himba girl plays with one of her short plaits of hair. According to tradition, she will grow her plaits, arranging the two front plaits forward, so they grow over her face until she reaches puberty. from then on her hair will be swept back in multiple plaits which are adorned with butterfat and ochre. ©Alegra Ally 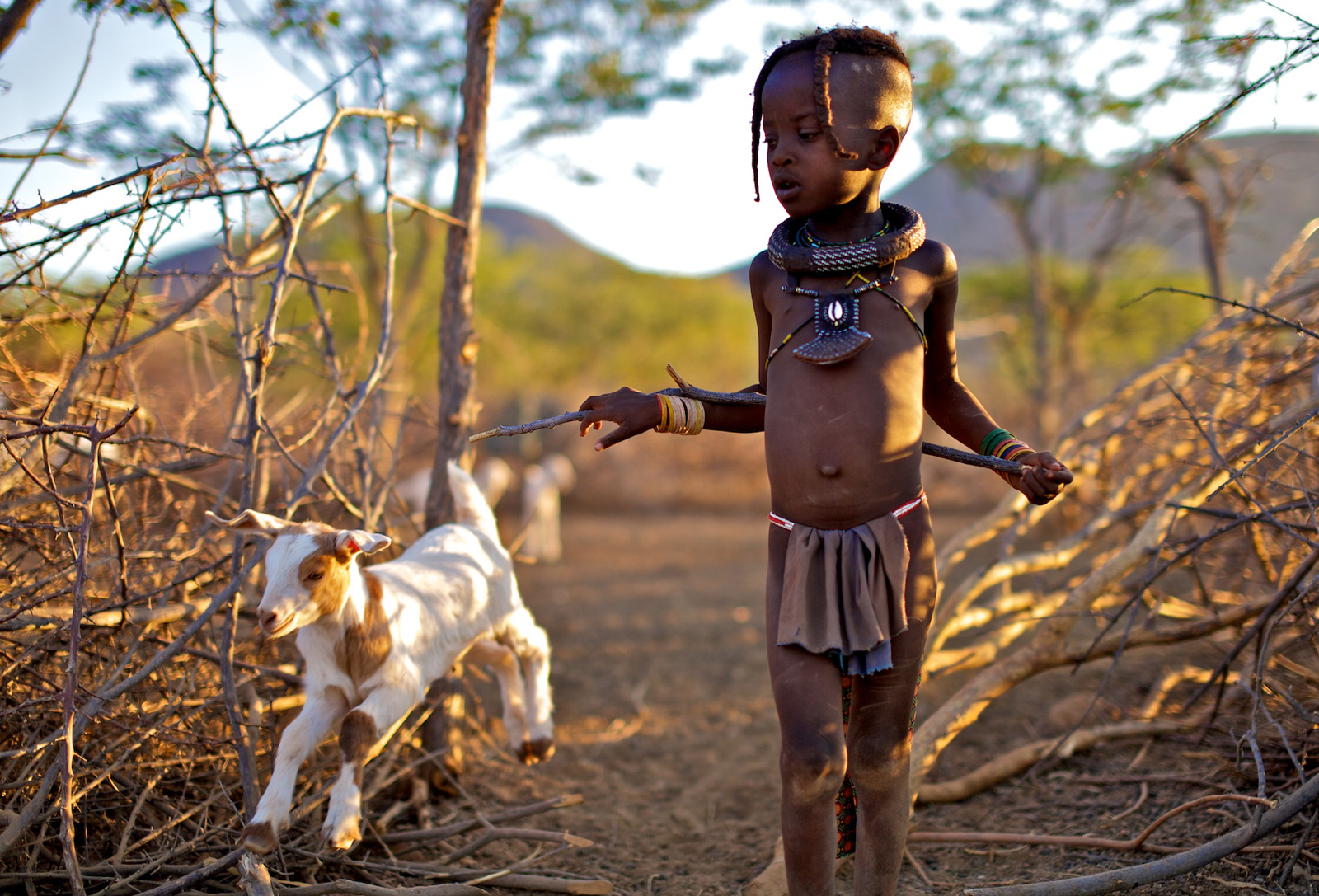 Goats play a significant role in the life of the Himba people, providing meat and milk, as well as skins used for clothing and decoration. ©Alegra Ally 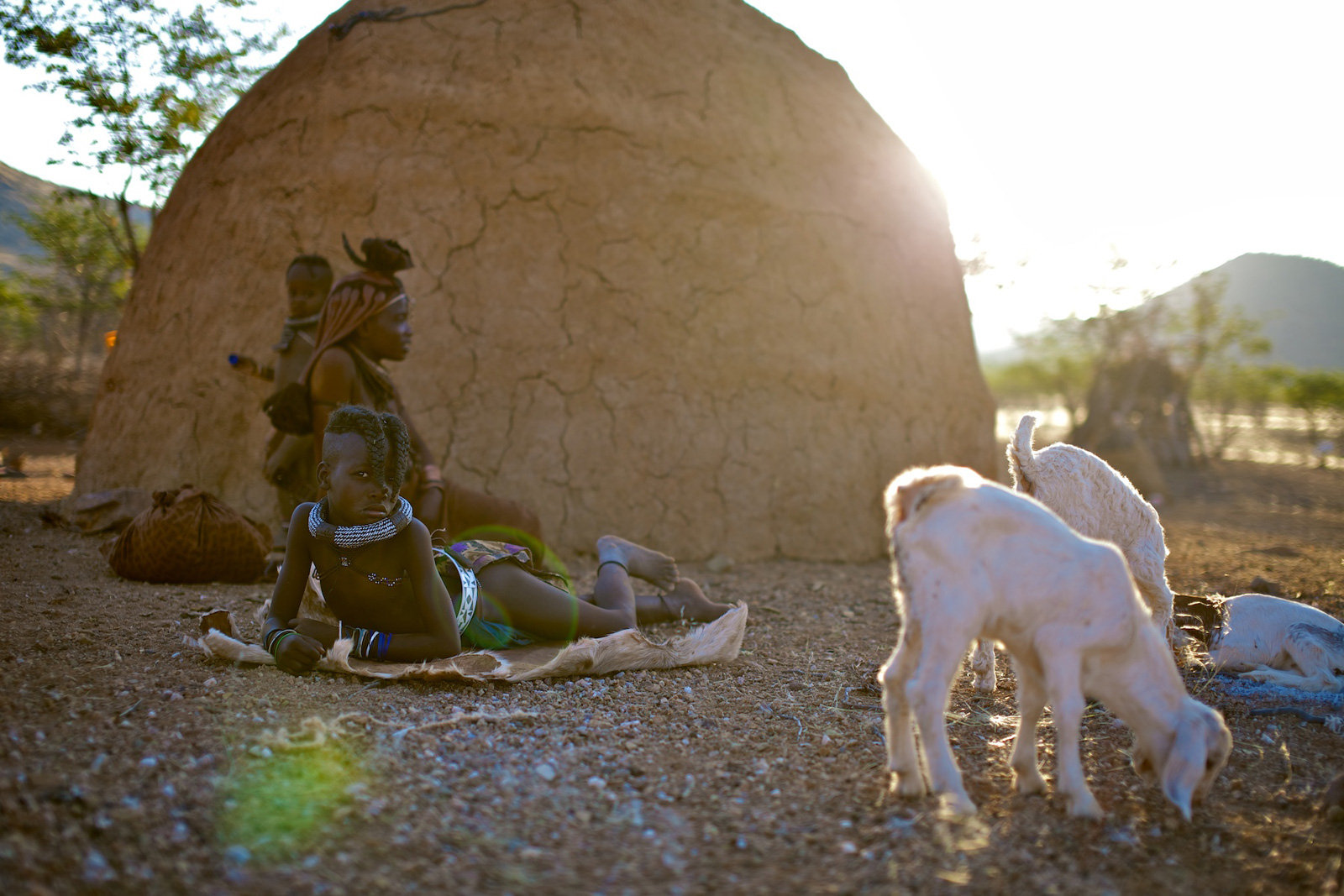 Relaxing beside a traditional Himba mud hut after a day of milking goats, collecting water and other tasks. ©Alegra Ally 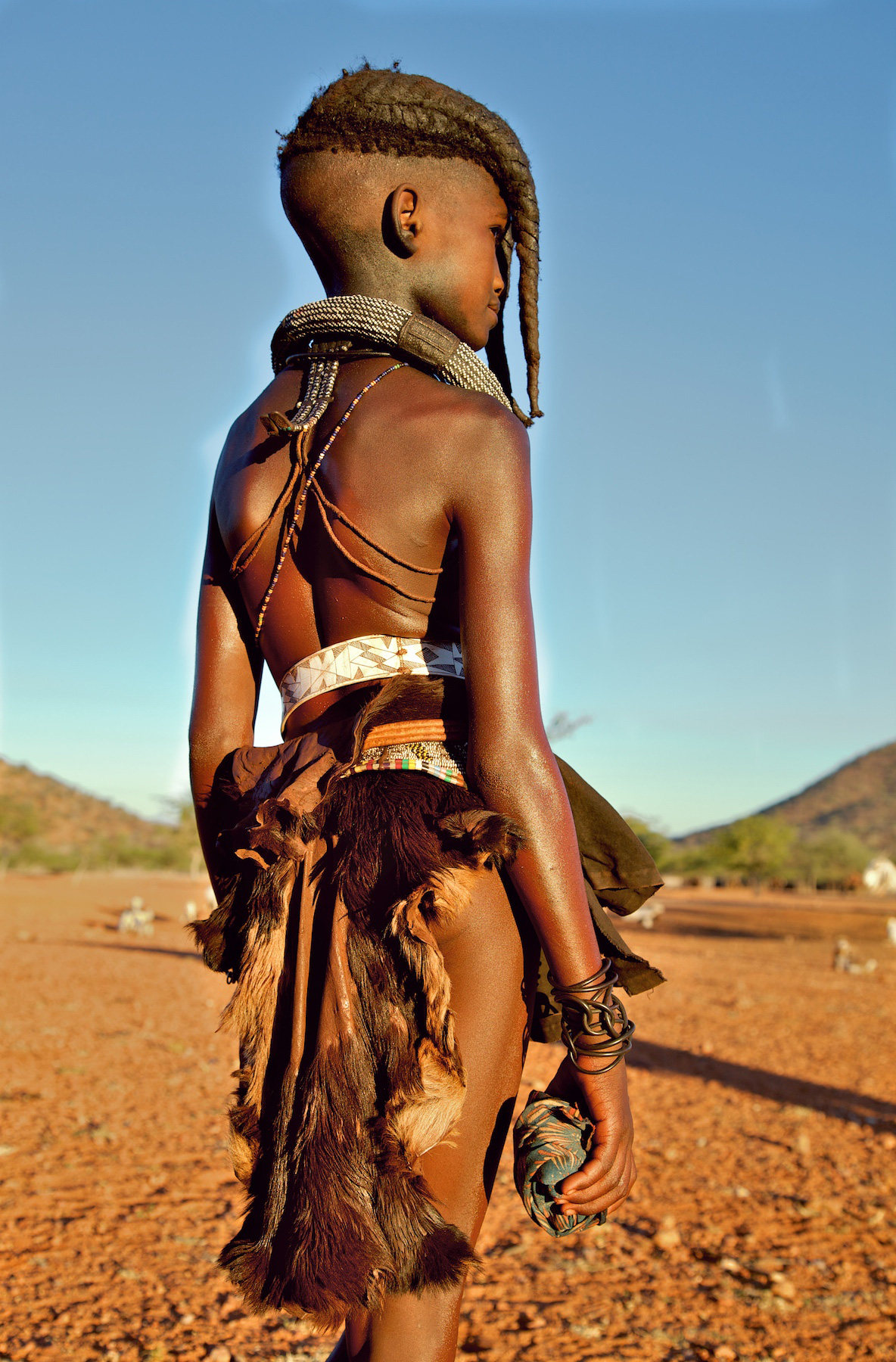 Goat skirts are a common form of dress for girls and adult women. ©Alegra Ally 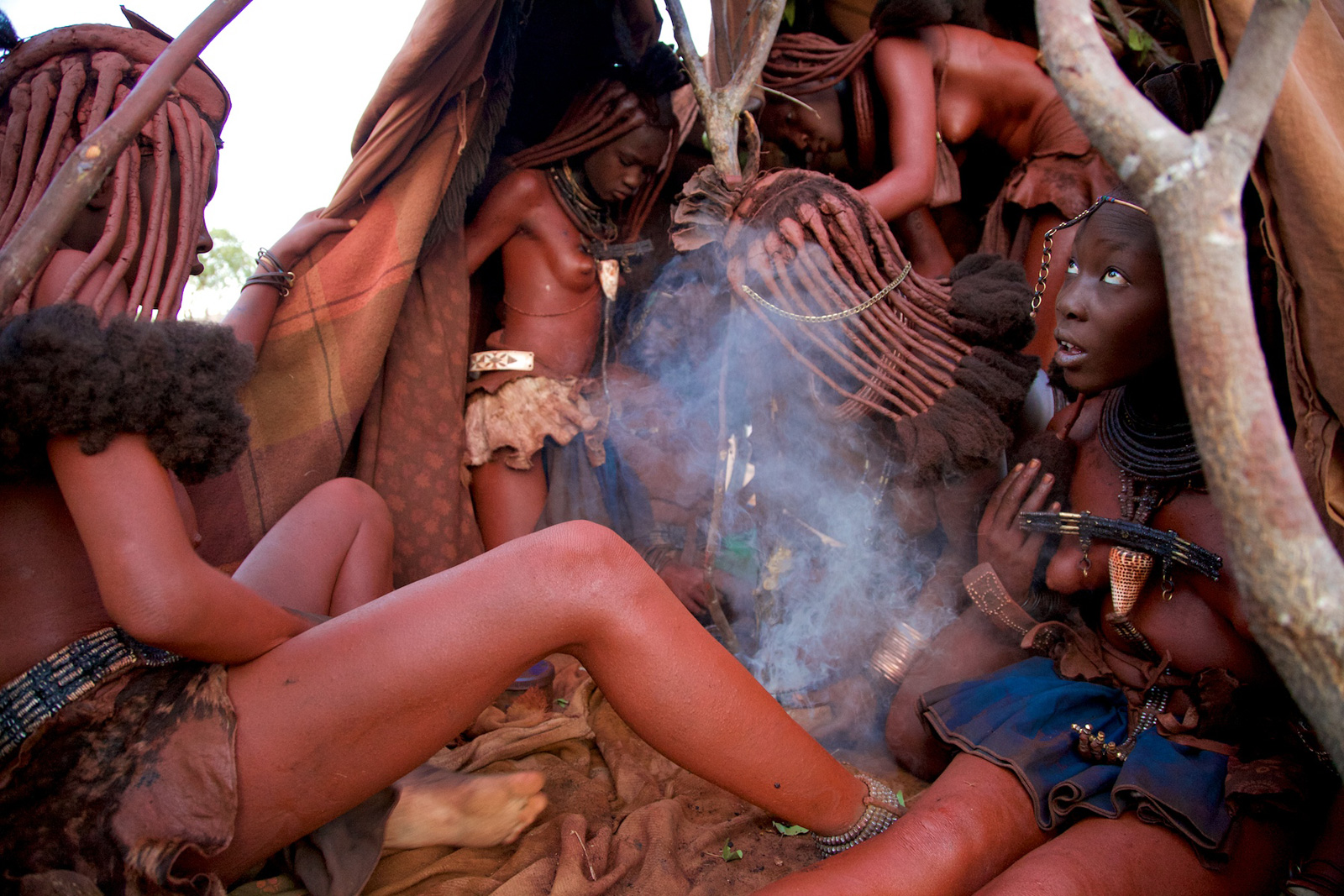 Girls gather in a small structure for an initiation ceremony to introduce a girl into womanhood at the start of her menstrual cycle. As part of this ceremony, and on regular occasions, the women burn various roots and herbs to create aromatic smoke that is used to perfume their bodies. ©Alegra Ally 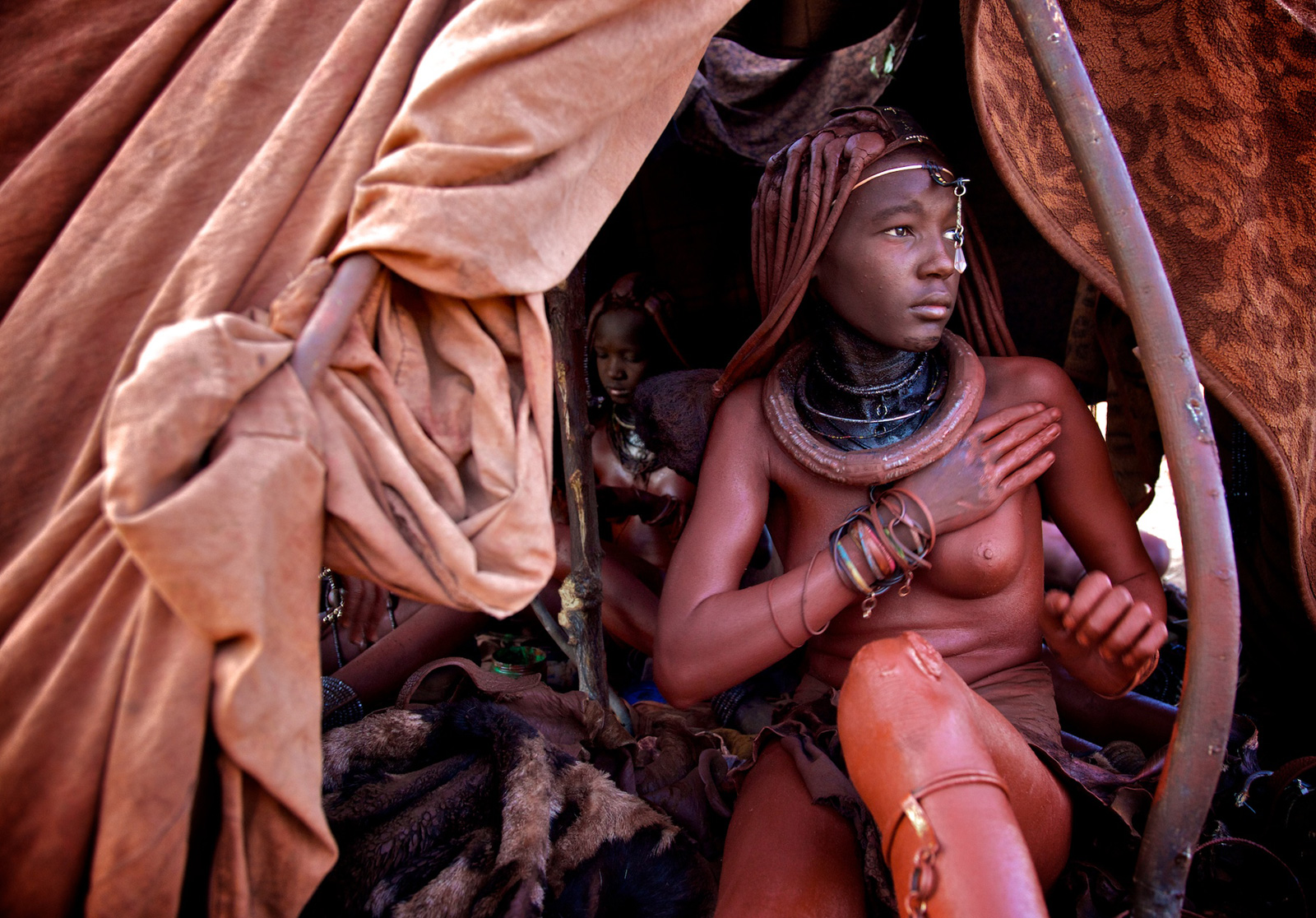 Otjize, a mixture of butterfat and ochre that is rubbed regularly onto a woman’s skin. It is also used in their long, plaited hair. In this arid land where water is scarce, the Himba seldom wash with water. The mixture serves to protect and scent the skin and hair, as well as enhance their appearance. ©Alegra Ally 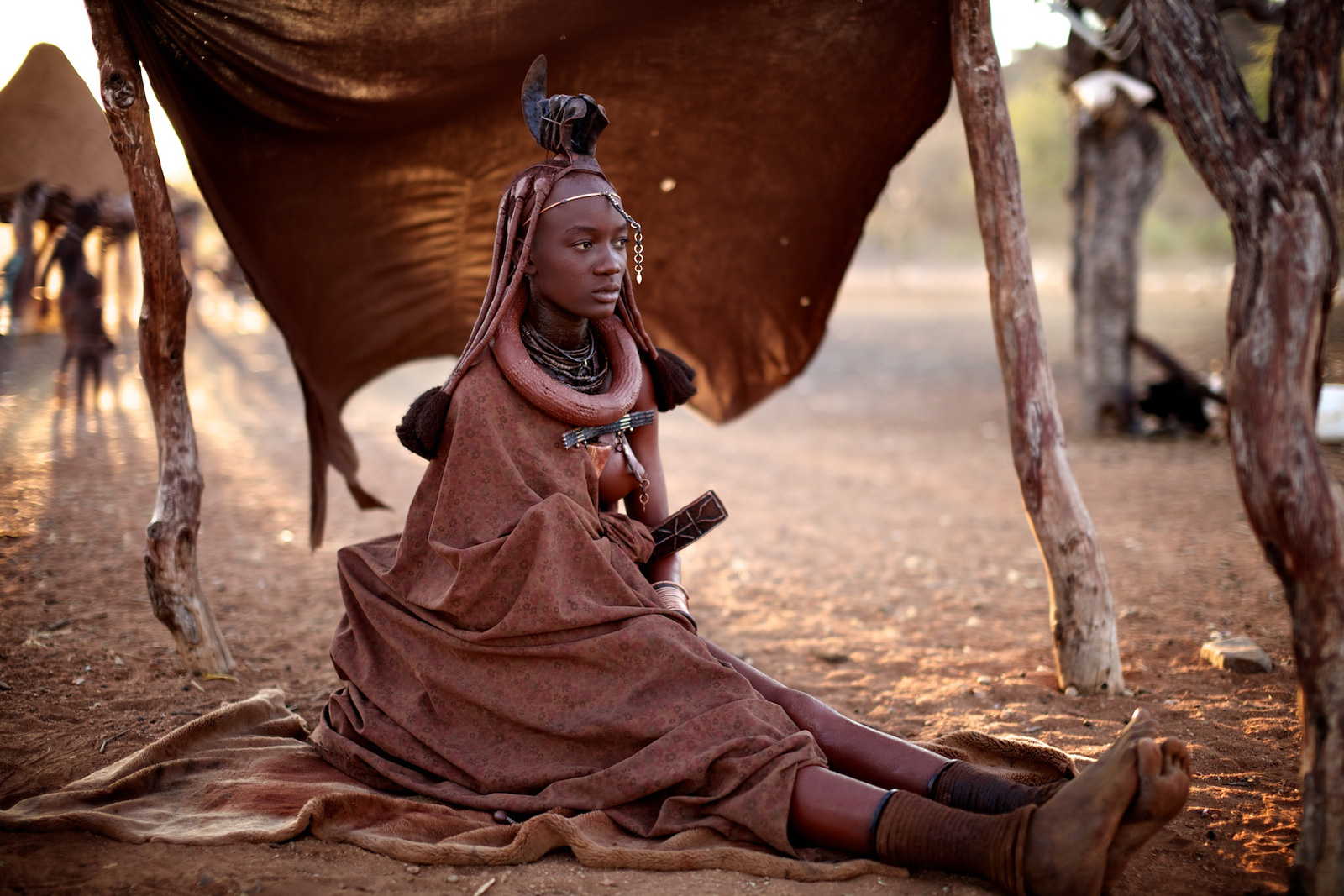 As part of a Himba girl’s initiation into womanhood, a traditional leather crown is mounted upon her head as a symbol that she is marriageable. ©Alegra Ally

Posing for the camera on a tributary of the Kunene River which forms the border between Angola and Namibia. ©Alegra Ally 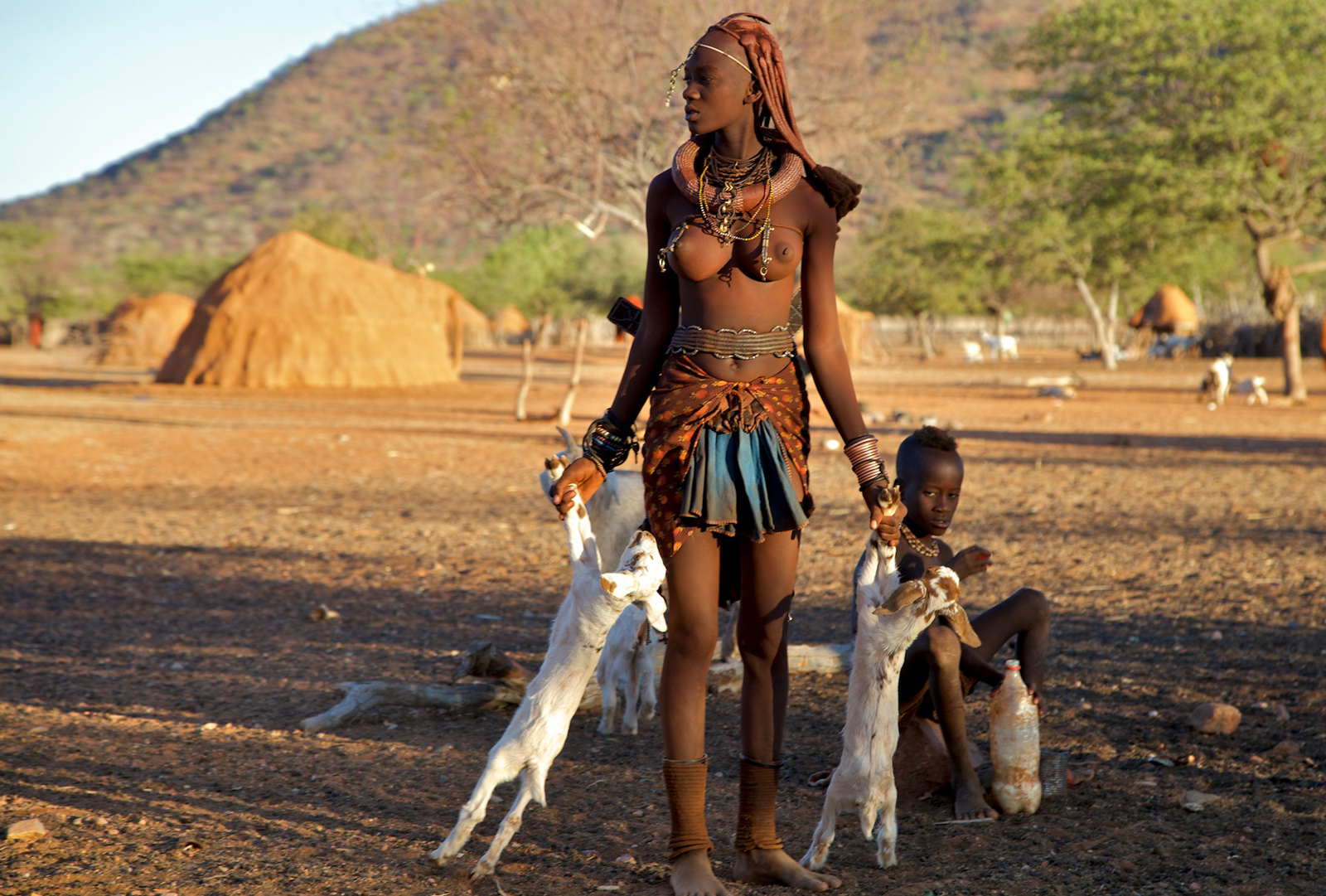 A young woman carries baby goats in search of their mother so that they can be fed. Anklets decorate and protect women’s legs from venomous animal bites. When a mother passes away, her daughters will remove one anklet from the left leg for a year. ©Alegra Ally 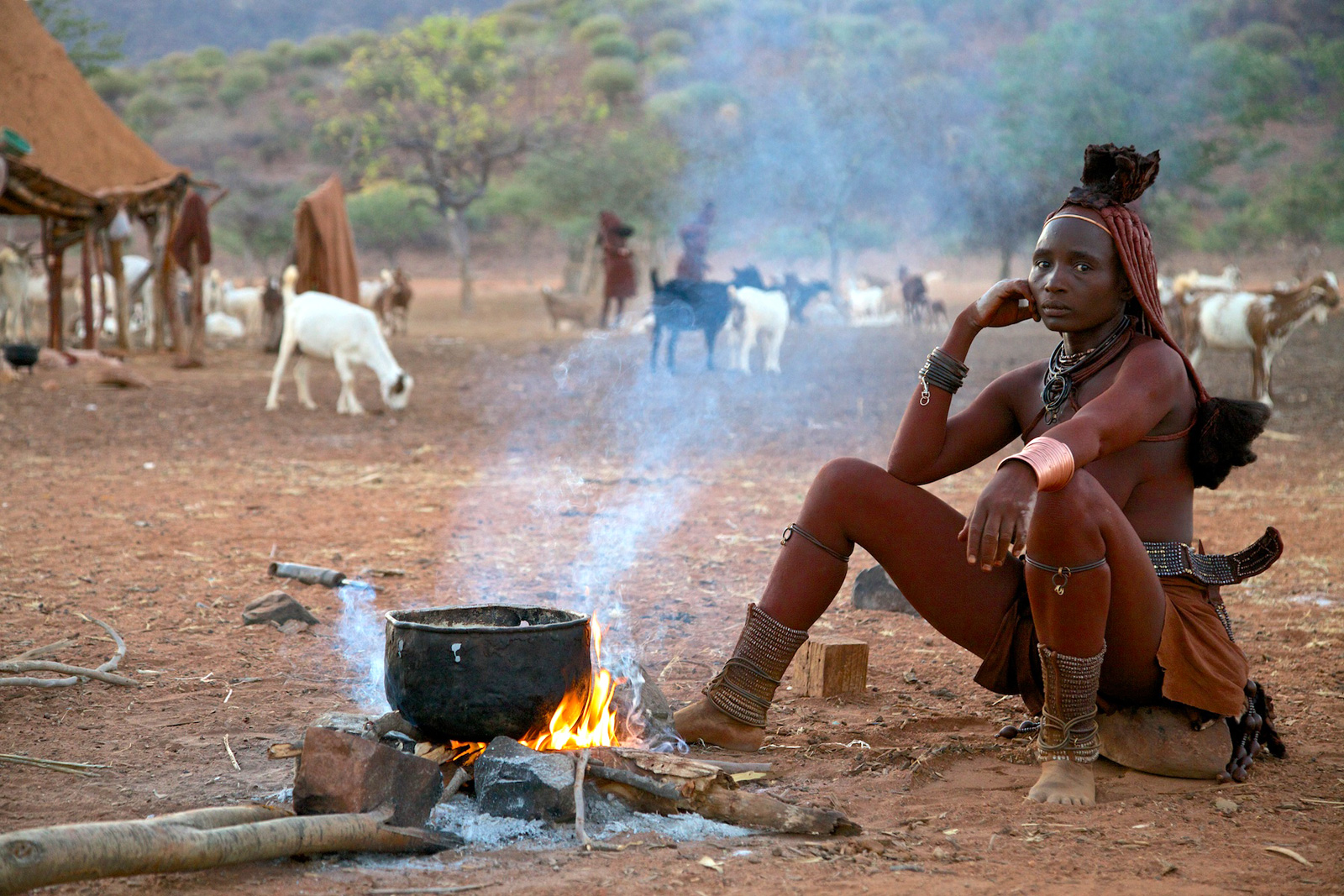 While men are away tending cattle or looking for work in the towns, women remain in the household of their mother’s clan or, if they are married, in their husband’s clan. ©Alegra Ally 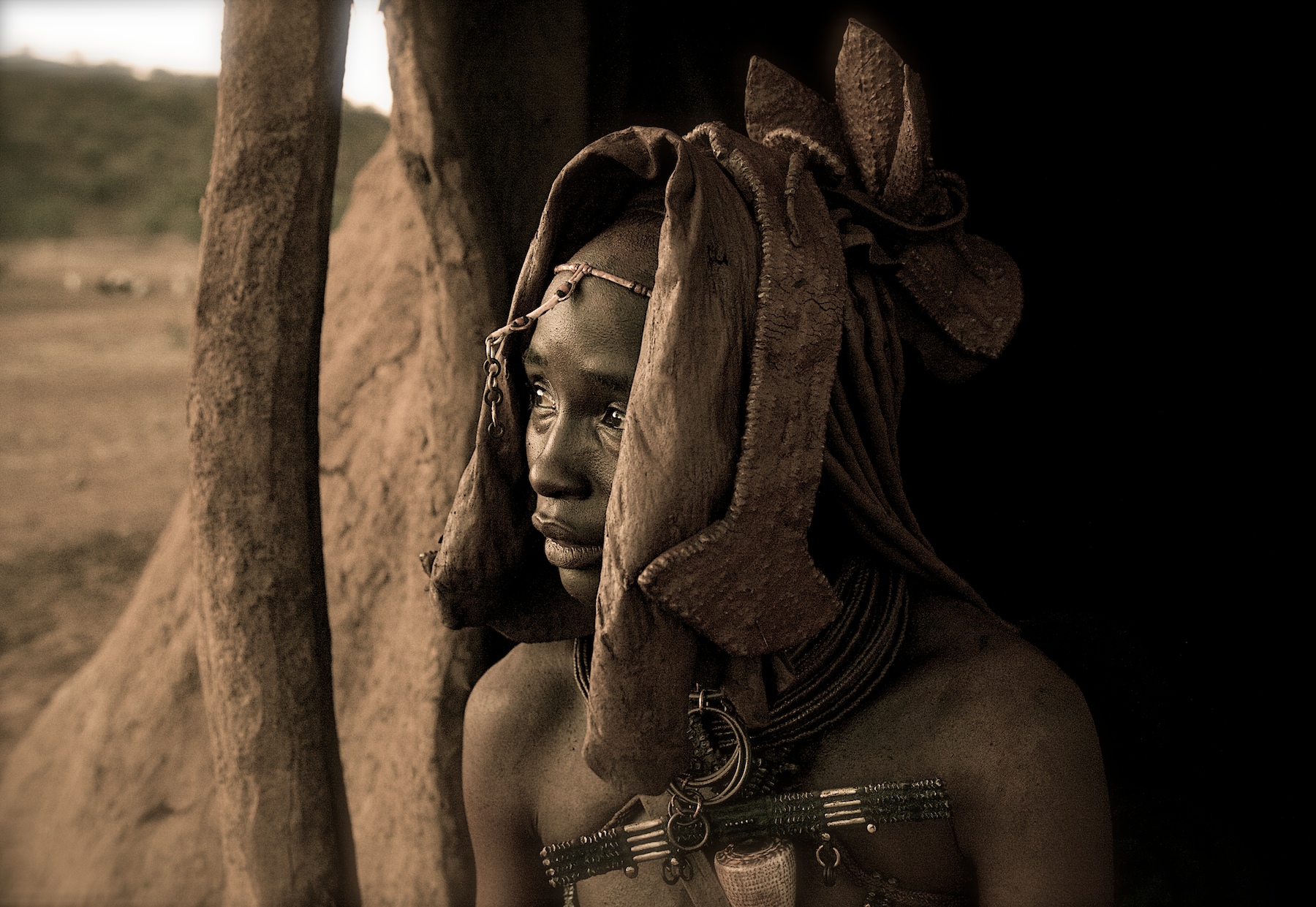 Himba woman wearing her wedding headcover. Himba people are traditionally polygamous, and a married woman will often share the household with her husband’s other wives and extended family. ©Alegra Ally 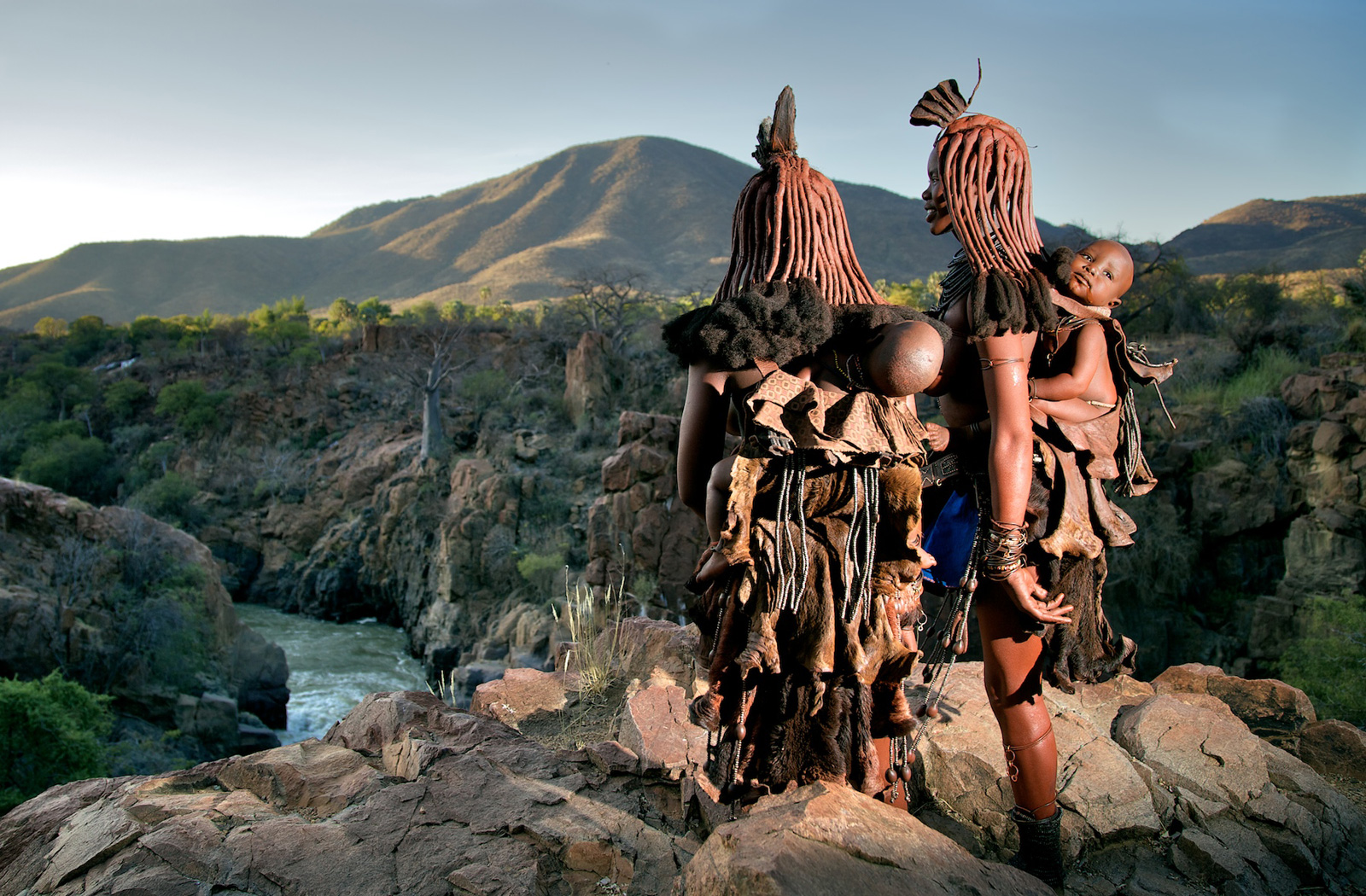 Young mothers carrying infants in traditional baby carriers look over the Kunene River. There are distinctive baby boy and girl carriers. If a woman only has boys and wishes for a girl, she will borrow a baby girl carrier from another woman. According to belief, the ancestors will hear her heart wish and deliver a baby girl. ©Alegra Ally

ALEGRA ALLY is a Documentary photographer and a Fellow member of “The Explorers Club NYC”. She currently lives in Sydney, Australia where she is completing her MA studies in Applied Anthropology. Ally is committed to working on issues relating to empowerment of women and girls, diminishing cultures and the environment. As part of her project ‘Wild Born’, Ally spent the last four years travelling to some of the most remote corners of the world where she lived with isolated tribes. Read more about Ally’s time in Namibia in One month with the Himba.