Posted on December 7, 2020 by teamAG in the Decoding Science post series.
ShareTweetPinEmailShareShareLinkedIn 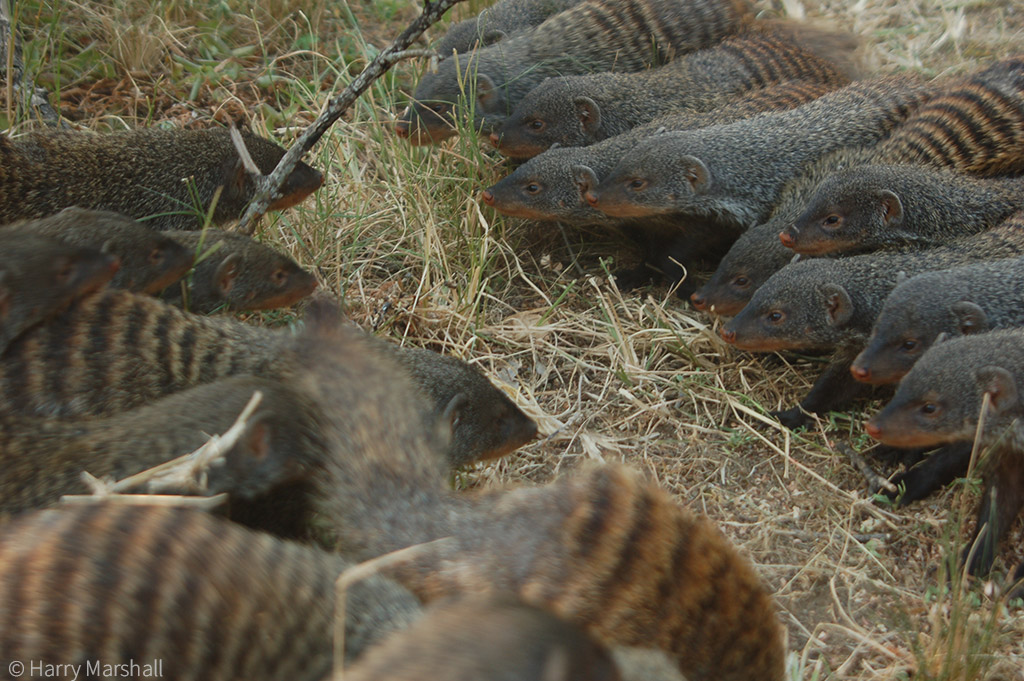 Exploitative leadership is famously common in human societies, particularly in conflict situations where most members of society pay the price of warfare or conflict while self-serving leaders profit in some way. Now researchers have shown that female banded mongooses will lead their groups into deliberate conflict with rival groups to increase their chances of mating with unrelated individuals, often to the detriment of the males of the group.

Banded mongooses (Mungos mungo) are extremely social and live in groups of around 20 adult members which forage and sleep together as well as cooperating to defend and raise offspring. It is unusual for a banded mongoose to leave their natal groups (around 85% spent the duration of their lives in the same group in this particular study). If this does occur, same-sex groups may either be forcibly expelled or leave voluntarily. These groups, where the ratio of males to females is typically relatively high, are strictly territorial and are intolerant to invasions of rival neighbouring groups. Encounters between different groups are common and always aggressive, culminating in physical fights and occasional mortalities. 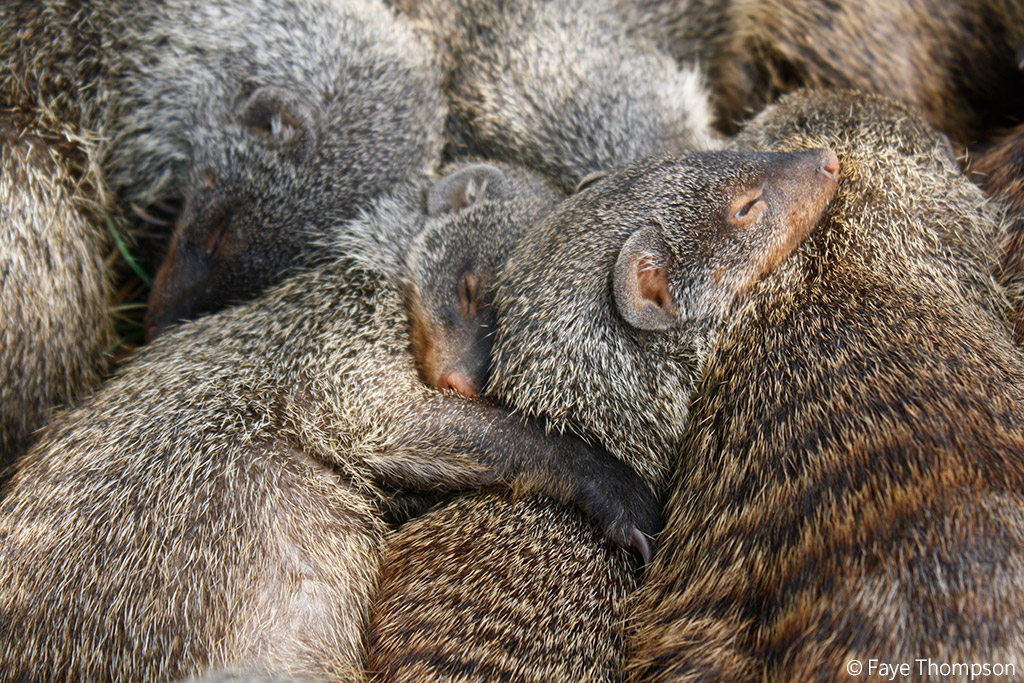 A research team from the University of Cambridge and the University of Exeter analyzed data from 10 to 12 groups of banded mongooses in Queen Elizabeth National Park in Uganda that had been consistently monitored from 2000 until 2019. This included nearly 600 records of intergroup conflict between different groups, marked by conspicuous calling, chasing, and fighting which can extend for up to an hour, with most resulting in a clear “winner”. For 539 of these observed mongoose battles, the researchers knew the oestrus states of the females within the groups.

As cooperative breeders, the oestrus cycles of female banded mongooses within a group are synchronized, and multiple females will give birth on the same day, in the same underground burrow. When they become sexually receptive, the males of the group become extremely protective and follow the females “nose-to-tail” throughout the day. What the researchers observed was that the females used this state of absolute distraction in the males to incite conflict with a rival group and, during the chaos and confusion, used the opportunity to mate with males from the rival group. 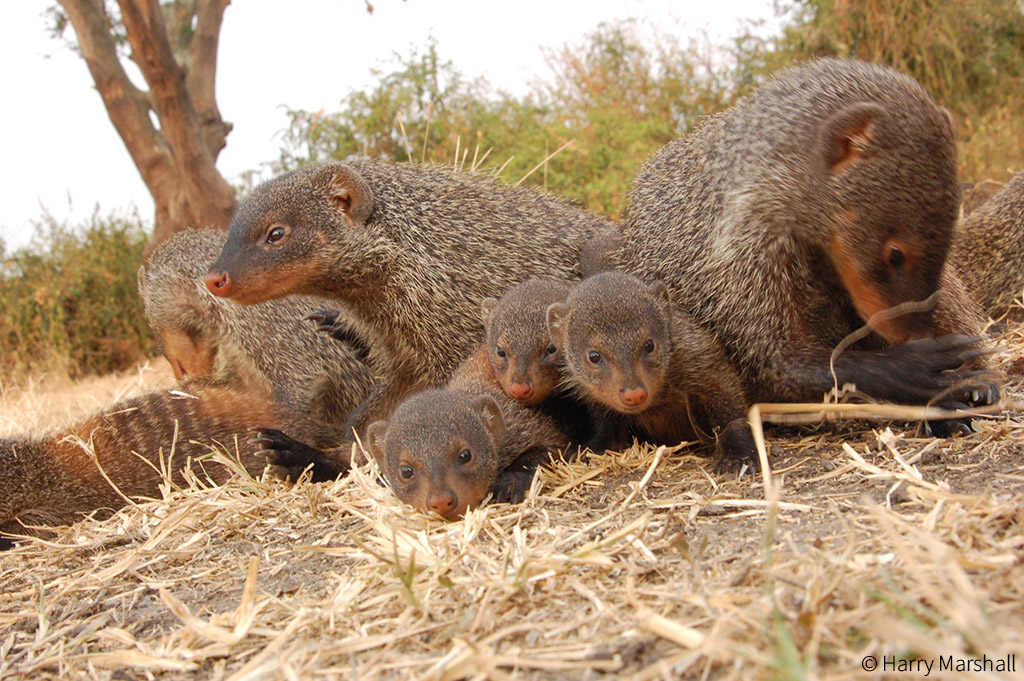 For the males of the group, this particular tendency came at a high cost, with disproportionately high conflict-related mortality rates recorded for male banded mongooses when they are forced into conflict situations against their own best interests. For the females, it presents the opportunity to gain genetic benefits in mating with unrelated individuals. Rather than following a “heroic” leadership model, the female mongooses demonstrate “exploitative” leadership that confers a benefit that they might otherwise be unable to attain while avoiding participating in the fights themselves and exposing the rest of the group to unnecessary risk.

The study also compared these results with conflict and conflict-related mortalities within meerkats, which, while also social, are typically dominated by an alpha female who is generally unrelated to her mate. Here researchers observed that without an incentive, the female showed no inclinations towards inciting encounters with rival groups. Instead, the female would typically exert her dominance to avoid encounters. 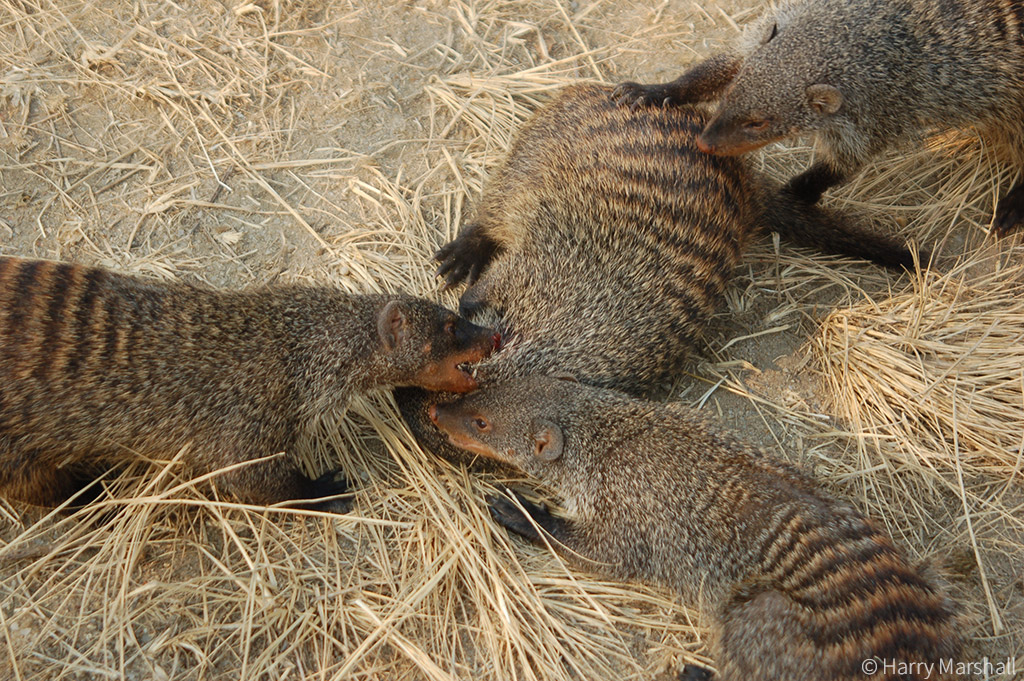 While these banded mongoose “wars” may be far removed from human reality, researchers believe that this study may go some way towards explaining the extremely destructive nature of our conflicts as a species. The model elucidated by the authors shows that this inequality (with some individuals in a group benefitting to the detriment of others) may favour the evolution of increased aggression during conflicts with rival groups. Though they do acknowledge that many factors may have shaped our violent encounters, they suggest that investigating how and when our “leaders” became removed from the costs of the violence they incite would be extremely valuable to understanding our own history.