Told by Erika de Jager and written by Nina Joubert

ET was found and brought to me at ZURI Orphanage, situated outside Tsumeb, Namibia, in August 2015. Small and alien-like in appearance, ET settled in quickly with life on the farm.

We have a house full of cats and dogs but settling in an aardvark was a completely different experience. There is very little written about aardvark so we had to learn as we went along. 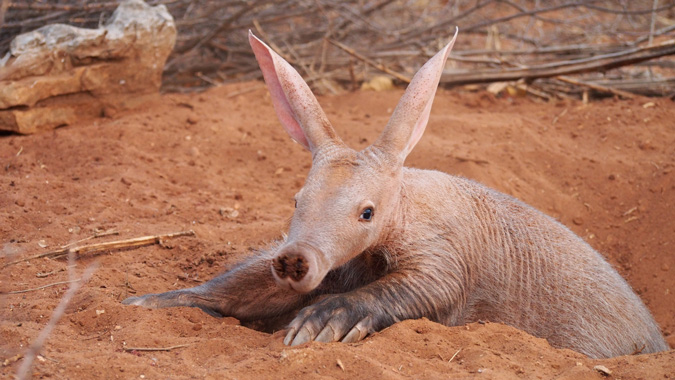 After a month, ET became strong enough to go for walks with the dogs on the farm. 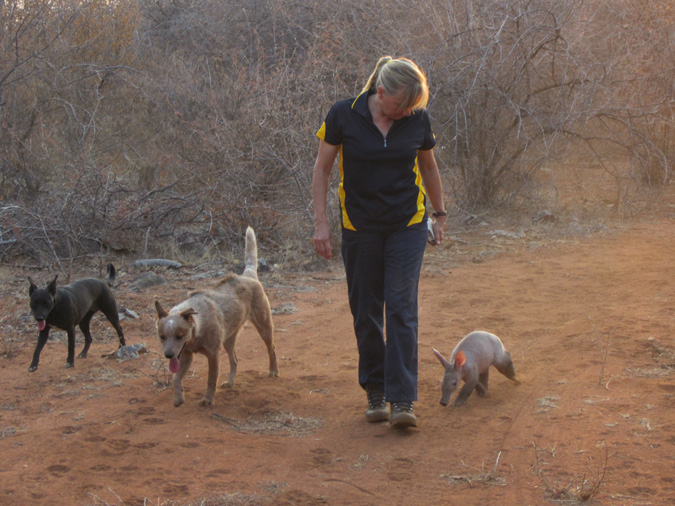 Gradually he started digging and especially loved old aardvark holes. He got more inquisitive by the day, teaching himself how to eat and walking around the house. That’s when he moved into my bottom kitchen cupboard. 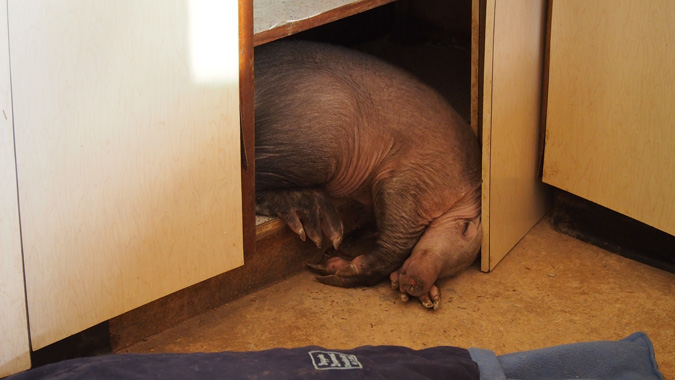 ET has a very playful personality and I got to experience it every day. I loved playing games with him. Eventually, he got too energetic for us to handle in the house so we started leaving him by an old aardvarkgat (burrow). 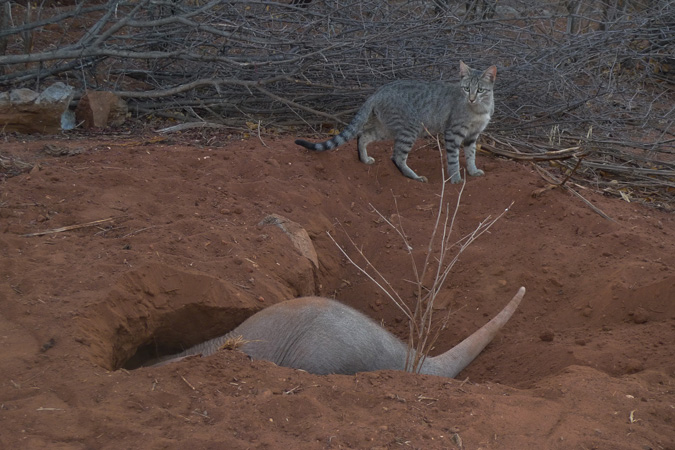 Here he learned what it meant to be an aardvark in the wild. It was nice to see him adapt to a more normal aardvark life. We fetched him in the morning because it gave me peace of mind. In my eyes, he was still the little aardvark that was given a second chance at life and I wanted to be sure that he would be safe. 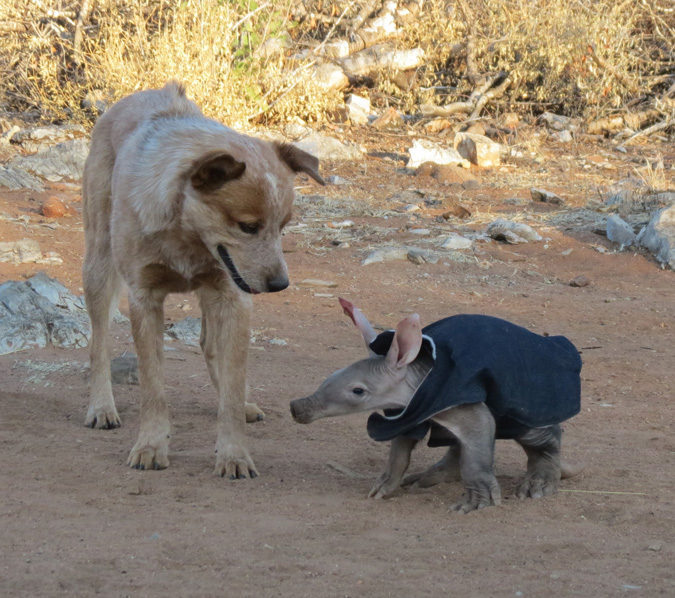 Every morning we tracked him to his hole and I would stand outside with a bowl of his cereal in hand and call his name. Soon enough a little nose would appear from the burrow. I will never forget these mornings where we waited in anticipation for him to make his appearance. 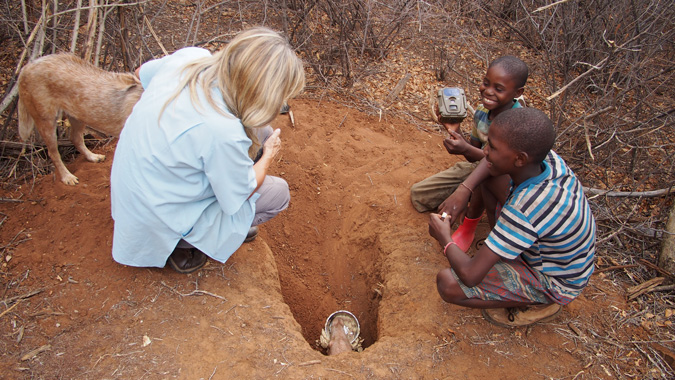 Eventually, it wasn’t necessary to track him anymore as one night in February ET made a surprise appearance on our stoep (veranda). There he was, back home all the way from his burrow almost two kilometres away!

I immediately made him a bowl of cereal and he ate it happily. Since that night ET has been coming almost every night. Sometimes he doesn’t come and I start to think the worst. Then he appears again and we see that he has been walking around with another set of aardvark footprints… 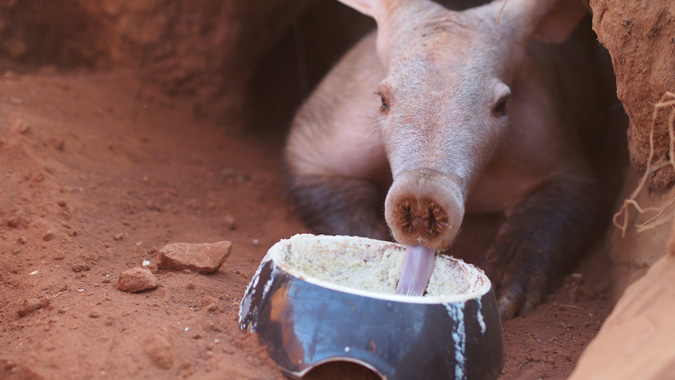 I cannot explain the different emotions I feel when I see ET. We formed a bond. He comes when I call him but I can see that he is getting wilder every day. He is skittish around new people and when we are having a braai (barbecue) with friends he doesn’t come at all.

Other times he comes earlier than expected and if I haven’t put out his cereal yet he pushes against my bedroom door to let me know that he is here. This never ceases to bring me joy. 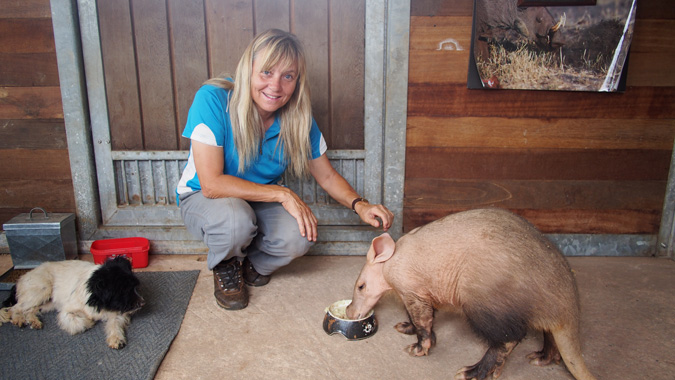 Every time I see him it is magic and every time he leaves I’m a little sad. But his visits reassure me that he is doing good.

So many people know so little about these creatures, including ourselves, and ET became an ambassador of sorts. Giving us glimpses into the life of an aardvark and giving people the opportunity to see this amazing animal up close. 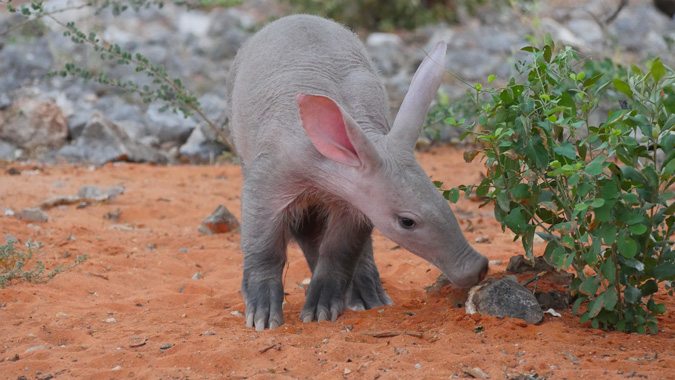 Have a look at ZURI’s Facebook page to see updates on ET and the other animals in their care at the orphanage.