Posted on July 15, 2019 by teamAG in the Decoding Science post series.
ShareTweetPinEmailShareShareLinkedIn 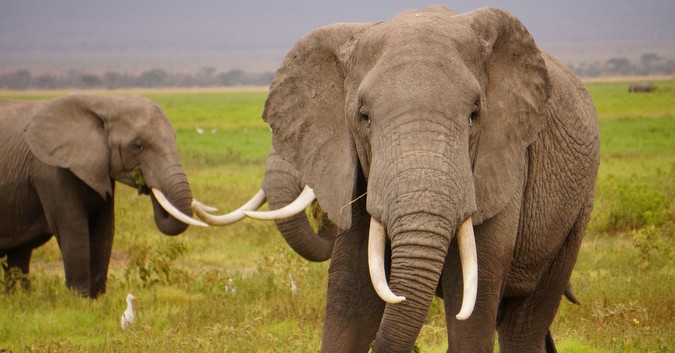 Recent research has revealed that a large proportion of the elephant tusks trafficked internationally can be traced to ONLY THREE MAJOR CARTELS. With 40,000 elephants slaughtered annually to supply this illegal industry, this finding has enormous potential implications for the fight against wildlife poaching and trafficking.

The report, published in the journal Scientific Advances, was based on DNA extracted from 38 large ivory seizures that occurred between 2011 and 2014 – a peak period for the illegal ivory trade. Other samples were obtained from dung, hair and tissue samples.

One significant finding from the report was that the two tusks from the same elephant were usually split up for transport, allowing the scientists to connect two separate shipments to the same cartel.

The rapid growth in world trade volumes in all goods has enabled transnational criminal networks to conceal their contraband, including wildlife parts such as ivory, amongst more than 1 billion containers shipped worldwide per annum. Seventy percent (70%) of all ivory seized is in large shipped containers.

If the ivory seizures are reported timeously, careful DNA analysis and geographical pinpointing of known poaching hotspots can create a chain of interconnectedness that points at specific traffickers.

Most ivory coming from individual poachers makes its way up a pyramid-shaped network, and ivory is consolidated as it makes its way up the crime chain before it ends up with the major export cartels.

Successful cartels tend to use the same smuggling routes and transport hubs, because of the difficulty in setting up and maintaining the necessary illegal networks. These same cartels are in all likelihood also directly or indirectly funding the trade in weapons and ammunition required to kill elephants and other wildlife. And so, when major cartels are successfully prosecuted, the impact on trafficking volume can be significant.

Most ivory traffickers facing prosecution are charged for a single seizure, and they usually receive light sentences. If each seizure was linked to many others, the potential exists to elevate the charges and severity to that of major transnational crimes. One trafficker implicated by results of the research in three seizures was given a two-year sentence for only one seizure and is already out of prison. Had the results of this research been known at the time of his prosecution, his sentence would have been far higher.

Another major trafficker was similarly convicted for one seizure (Kenya Jun 2014 2.2t), but this report potentially connects him to many others. His case is now under appeal. There is currently one suspect in custody, awaiting prosecution for a seizure in Entebbe, Uganda, and findings in this report connect that network to at least two other seizures, one of which is linked to a significant international incident involving poaching from a military helicopter belonging to a neighbouring country.