Posted on September 2, 2021 by teamAG in the Decoding Science post series. 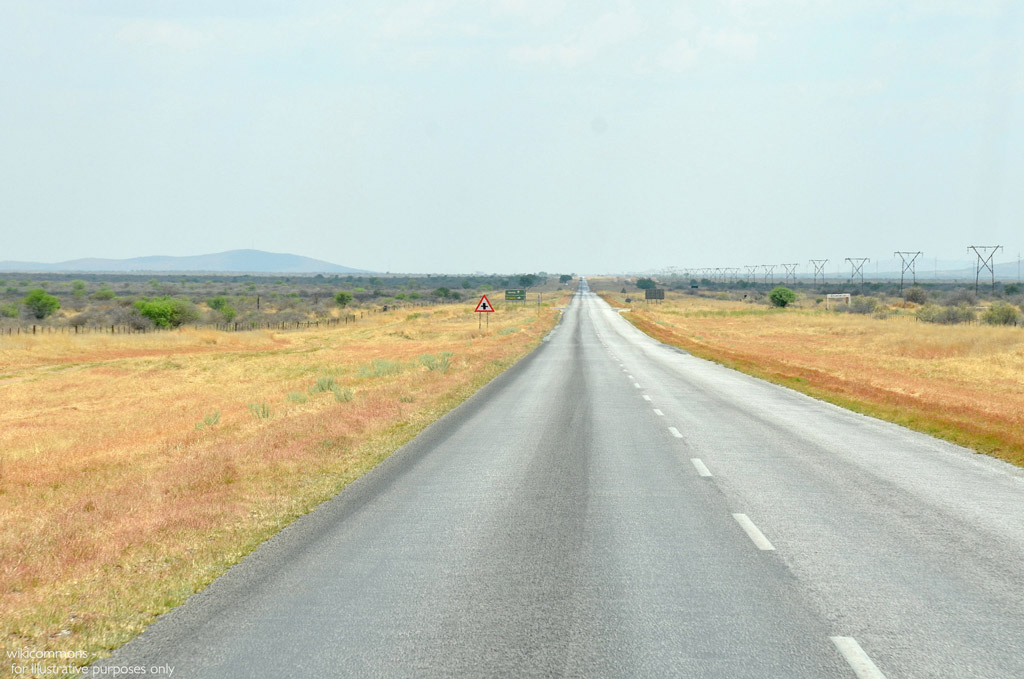 One of the fundamental arguments for wildlife tourism in sub-Saharan Africa is that it theoretically offers the ideal sustainable development plan: simultaneously stimulating poor rural economies, offering local value and preserving natural ecosystems. The success and value brought by tourism operations are contingent upon a host of different factors, including infrastructure. At the same time, the tangential benefits extend to external industries such as local agricultural production and transportation. Now, comprehensive new research delves into the benefits and challenges facing Namibia’s Zambezi region and associated Walvis Bay-Ndola-Lubumbashi Development Corridor.

The concept of a development/growth corridor as a spatial development instrument is a relatively simple one. In tourism, it essentially means an area that is identified as being particularly valuable for investment in infrastructure and targeted interventions to boost industries. In this example, the Walvis Bay-Ndola-Lubumbashi Development Corridor (WBNLDC – based upon the previous Trans-Caprivi Corridor) was created to connect Namibia’s capital city Windhoek to the remote and previously hard-to-reach Zambezi region. The development went beyond simply tarring the road and improving infrastructure to lay down the groundwork for “hubs”, “gateways”, and targeted value-chain promotion (involving private individuals, businesses, and state organisations).

In analysing the effectiveness of the WBNLDC, the authors set out to answer two main questions: whether or not the growth corridor succeeded in enhancing value creation from tourism in the remote Zambezi region and whether the local residents could appropriate the created value.

To answer these questions, they set about a complex analysis of several different data sets, including a business survey, qualitative interviews with tourism stakeholders, a traffic census, and a household survey.  They also considered the history of the Zambezi region, scientific and government reports going back decades and the policy plans and reports relating to the WBNLDC. By collating a multi-perspective approach, their research goes to considerable lengths to convey just how complex such an analysis of tourism can be.

The number of accommodation establishments in the Zambezi region doubled from 2005 to 2018, as did the estimated number of visitors. Around a third of these visitors were domestic tourists, with Europeans accounting for the most numerous foreign visitors. The qualitative interviews with tourism operators indicated that the tarring of the main road, in particular, had contributed to the expansion of the tourism sector.

The authors conclude that there is a definitive link between infrastructure development and tourism-orientated policies on the one hand and increased value creation from tourism in the region on the other. In other words, the development of the WBNLDC was successful in helping to foster tourism in the Zambezi region by improving access.

However, despite intentions to the contrary, proportionately few rural residents have benefitted. Within the Zambezi region, only 4% of the respondents to the survey (652 households) are employed in tourism or the conservancies. Almost all of those were employed in low-wage jobs such as waiters/waitresses, security guards or bartenders at the lodges. The authors calculated that tourism contributed just 5.5% of the household income of the rural population in the Zambezi region. The indirect contributions – such as the procurement of food and building materials – were also found to be relatively minimal. However, through contributions to the national tax base, the expansion of the tourism industry also benefits households through social grants.

The loss of wildlife habitats in sub-Saharan Africa is one of the greatest threats facing conservation on the continent. Most conservation scientists agree that to mitigate this problem, the livelihoods of local residents need to benefit from wildlife. The findings of marginal benefit to rural residents are in line with previous studies from Botswana and Uganda and speak to the necessity of investigating why this is the case and how to remedy the problem. To this end, the authors point to three issues in need of further exploration:

The study also suggests that tourism should be used as a catalyst to stimulate other economic activities connected to conservation because wildlife tourism cannot simply be upscaled without risking the environment’s integrity.

Studies such as these are vital to increasing our understanding of the effectiveness of specific development plans, tourism projects, and wildlife policies. It also goes some way to establishing repeatable methods of analysing these vast social development strategies. Rather than interpreting this research as a criticism of the growth of the Zambezi region and the WBNLDC, it should be viewed as a case study that can be used to guide future research and decisions.