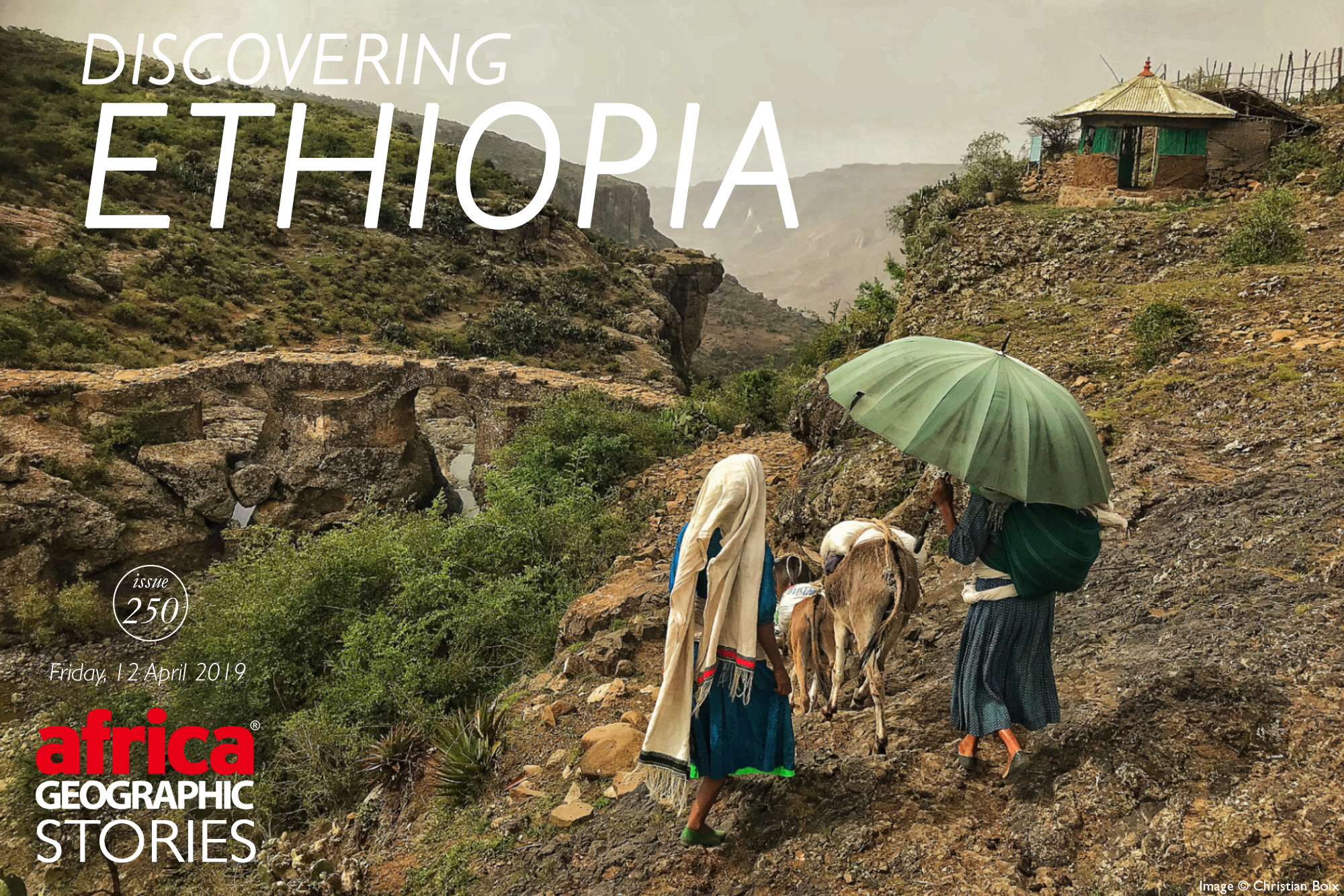 A visual journey of Ethiopia through the eyes of a photographer 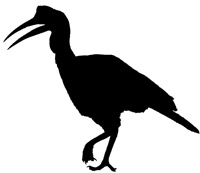 Ethiopia is a fascinating country. Rapidly recovering since 1991 from the ravages of Marxism, and only relatively recently discovered by cultural and wildlife tourists, it is one of three countries in the world that has never been colonised.

It is the second-most populous country in Africa, after Nigeria, with 105 million people, comprising 80 ethnic groups, speaking 80 languages and a further 200 dialects. Their alphabet has 270 letters. And while on numbers, Ethiopia boasts 900 bird species, of which 55 are endemics or near-endemics.

So here I was, in Ethiopia with Christian Boix from Africa Geographic, ready to embark on a 9-day bird, primate, and wolf-watching photographic safari through the rugged lands of this extraordinary country in the Horn of Africa.

I knew I was in for something special when I was shown three ‘lifers’ – Tacazze sunbird, baglafecht weaver, Swainson’s sparrow – in the scrawny hedge between the terminal building and car park on arrival at Addis Ababa.

This was shortly followed an hour later by six more ‘lifers’: the African thrush, Rüppell’s robin-chat, brown-rumped seedeater, streaky seedeater, white-collared pigeon, and the red-cheeked cordon-bleu, all spotted in the vacant lot next to our hotel.

It was an early start the next morning as we set out north across the Sululta Plains. In my mind, I imagined I would see an arid, famine-ridden country, but instead, I was delighted to find us travelling through verdant fields, rolling hills, and found myself spell-bound as I gazed upon the stunning Jemmu escarpment.

The colourfully dressed people, villages and the many markets we encountered throughout the trip are a travel and street photographer’s dream. Although still a dismally poor country, there was little squalor and a pastoral life seems to sustain the typically large families adequately.

En route to Fiche – picking up amongst others wattled ibis, moorland chat, Botta’s wheatear, thick-billed raven, blue-winged goose, and the Abyssinian longclaw – we sat next to a large troupe of geladas (sometimes called the bleeding-heart monkey or the gelada “baboon”), the only grass-eating primate and the male of which is nothing short of spectacular!

A charming feature throughout the trip was seeing and photographing Ethiopians going about their daily lives. We saw almost medieval methods of threshing teff, using oxen to trample, and wheat being separated by hand.

The roads were always bustling with livestock herds, shepherds, brightly-dressed women, and smiling urchins appearing out of nowhere in numbers.

The next day we ventured south and stayed at Lake Langano en route to the Bale Mountains National Park. Birding was excellent, and the list grew rapidly with the Abyssinian ground-hornbill, bare-faced go-away-bird, Rüppell’s starling, blue-breasted bee-eater, African citril, white-winged tit, and black-billed wood-hoopoe amongst others. A highlight was getting within metres of a flock of 200+ great white pelicans.

On this 4,000-metre-high plateau, we were very fortunate to see the Ethiopian wolf, the globe’s most endangered canine, with a population of around 400. They feed exclusively on the abundant giant-mole and Blix’s grass rats.

The variety of fauna and flora at this altitude was incredible and the giant lobelia, which flowers once and then dies, was photographed from every angle. Returning to Bale the mammal list grew with Starke’s hare, Melenik’s reedbuck, mountain nyala, klipspringer, duiker, warthog and bushbuck – the last four all slightly different from their southern races.

Before I knew it, we were heading back to Addis Ababa, with stops at one of the famous rock-hewn churches, the Adadi Mariam, and a visit to the Tiya stelae field. Ethiopia is richly endowed with historical and cultural sites.

We also stopped at Lake Awasa for the fish market and ate freshly prepared sushi right next to hundreds of marabou storks. Close to our hotel, we added to the list a beautiful sunbird, white-rumped babbler, northern grosbeak-canary and blue-headed coucal.

The Ethiopian adventure ended with a stroll through the capital’s Merkato. The market is one of the largest in Africa and is a noisy, impenetrable mass of teeming people and products, and exotic odours. Exhausting, claustrophobic yet exhilarating – something not to be missed as our senses were assaulted.

The food on the trip was great, especially the wat (spicy stew) with the staple injera, siga tibs (spicy strips of meat) and the tere sega (steak tartare, sort of). The hotel accommodation, like the roads, was, how should I say, variable. The locals were charming, humble and helpful. We did feel very safe throughout.

His enthusiasm only exceeded Christian’s knowledge of the world’s birds, photography and many other topics and sciences. Bebete was our skilled driver, considerate, courteous and professional.

In total, we chalked up 260 bird species in five days – 80 lifers for me, and that was out of season by necessity. But, most memorably, I discovered Ethiopia.

ABOUT THE AUTHOR, Lex van Vught 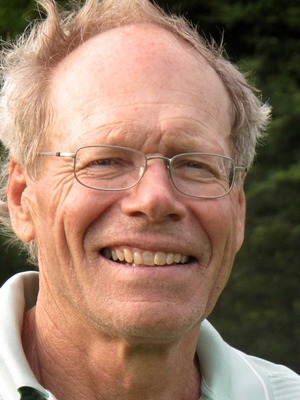 Lex van Vught is a retired businessman. He is a travel and wildlife enthusiast, avid birder, and bridge addict. He publishes an annual calendar based on his photography to raise funds for vulnerable children (see www.thecharitycalendar.org). His bucket list continues to grow….