Posted on June 23, 2021 by teamAG in the Decoding Science post series.
ShareTweetPinEmailShareShareLinkedIn

Tracking collars have revolutionised the amount of information available to wildlife researchers since their introduction in the 1960s. The benefits are enormous, but naturally, researchers need to ensure minimal cost to the animal’s welfare.

Researchers from the Smithsonian National Zoo and Conservation Biology Institute set out to examine the short-term, welfare effects of collaring captive scimitar-horned oryx.

The scimitar-horned oryx is an antelope that was once widespread from Senegal to Sudan but eventually went extinct in the wild due to hunting and habitat loss. All remaining individuals were captive in institutions around the world. In 2016, a massive joint project reintroduced 194 scimitar-horned oryx into the Ouadi Rimé-Ouadi Achim Wildlife Reserve in Chad. Each individual has been or will be fitted with a GPS collar. Naturally, the information gathered will be critical to monitoring the reintroduction process.

The data collected from GPS readings can be used in myriad ways for wildlife studies including resource selection, behaviour, migration, home range, demographics and understanding human-wildlife conflict. Animals from elephants to birds and fish are fitted with tracking devices and, as technology develops, some of these animals may wear the devices for extended periods, possibly even for life. Naturally, scientists have recognised the need to ensure animal welfare during the process and biologists wanting to collar animals usually need to undergo a thorough review from professional committees before permission is granted. There are several restrictions, including that the device itself should weigh less than 5% of the animal’s body weight.

During this study, researchers assessed the impact of the collars in three different ways: through behavioural observation, measurement of faecal glucocorticoid metabolites (indications of an animal’s stress levels) and through tri-axial accelerometers in the collars (able to detect head shaking which might indicate physical discomfort). As these animals were captive and habituated to humans, no anaesthetic or chemical sedatives were administered; instead, the oryx were physically restrained to fit the collars.

The study concluded that while there was an indication of increased stress levels after the fitting of the collar (that could also be attributed to being restrained), the animals quickly reverted to normal. There was no indication of long-term, adverse effects of using tracking collars. However, headshaking did increase dramatically initially and then dropped below the normal amount witnessed before the collaring. This may be an attempt to avoid discomfort and irritation from the collar. The feeding and movement patterns of the oryx remained the same. This was one of the main concerns that the study hoped to allay.

While the researchers are clear that there is no evidence to preclude the use of tracking collars, they encourage further studies to examine the long-term effects of collaring. There are potential concerns regarding the extra weight, regardless of how small, as previous studies have suggested this could harm an animal. There is also some concern regarding the chafing effect of the collars, which can also place the animal at higher risk of infection and increase the growth of harmful microorganisms, hence the need to ensure a good fit for the collar. They acknowledge that in many wild situations, researchers are unable to study the effects of a collar once it has been fitted, for both financial and logistic reasons. This is why they encourage researchers and manufacturers of tracking devices to work with zoos, which offer the opportunity to address at least some of these questions in a controlled environment.

There is no doubt that tracking collars have contributed tremendously to our ecological understanding of many different species and the authors of this study describe these tracking devices as “essential elements to an ecologist’s toolbox, vital for assessing conservation action, and one of the only cost-effective means for evaluating the fate of every individual in reintroduction efforts, especially across large remote areas.” 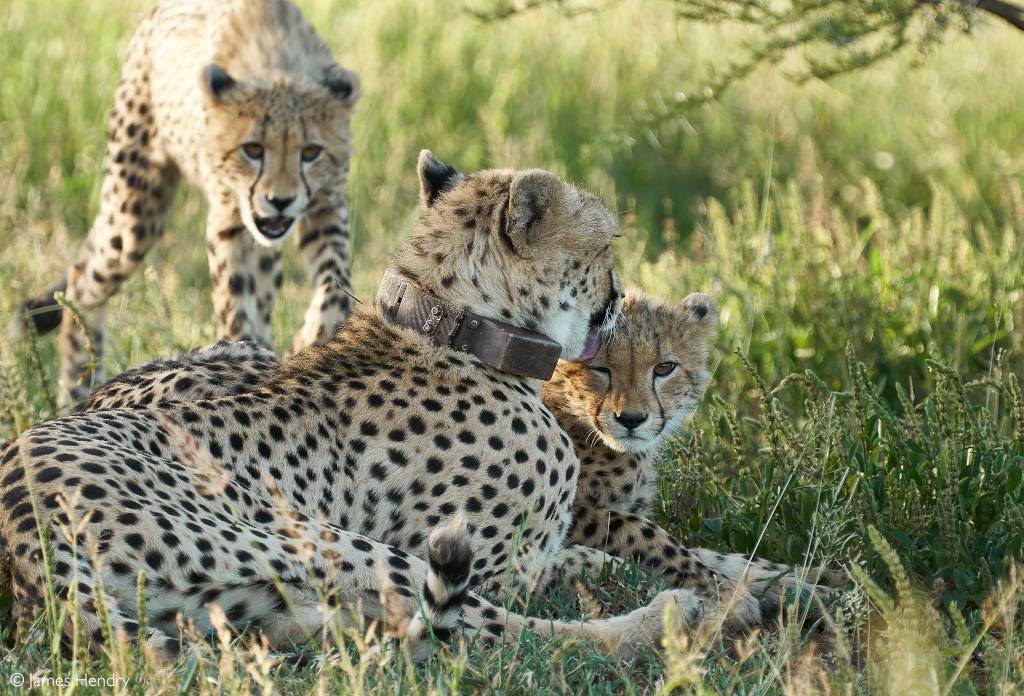