Cycads: Are you living next door to a poacher? 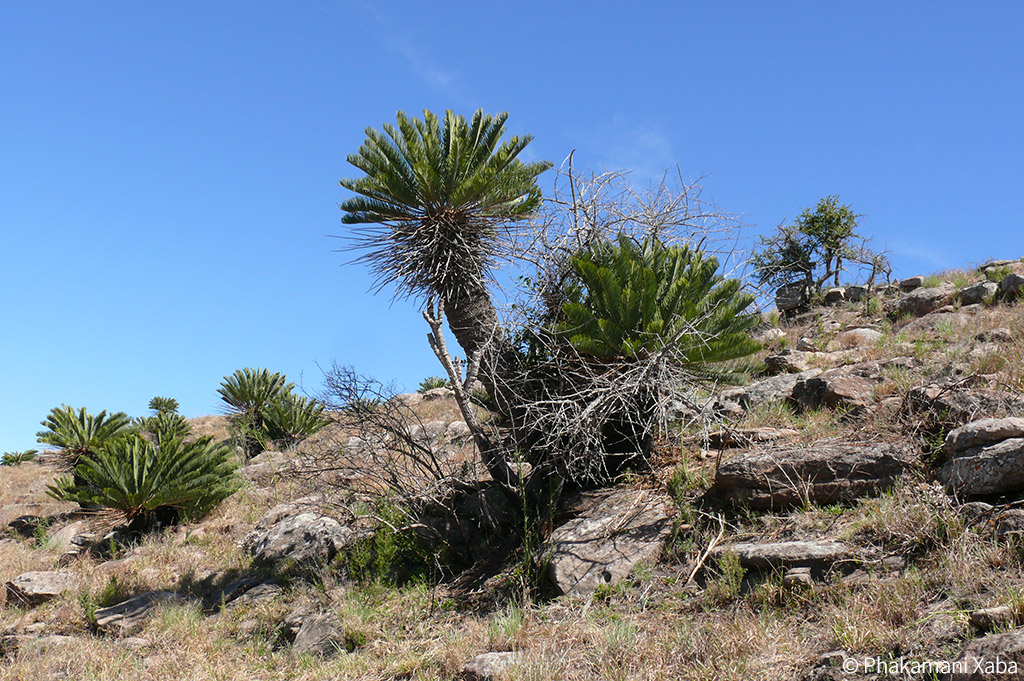 The most endangered living organisms in the world today are not rhinos, elephants, or even pangolins – they are plants called cycads, and they are worth millions of dollars annually in a thriving illegal market.

Specifically, many species of the Encephalartos family of southern African cycads are either extinct or on the brink of disappearing from the wild thanks to the same human emotion behind the threat to Africa’s mega-fauna – greed.

Cycads are being loved to death.

Passionate collectors are fuelling an illegal market which sees increasingly rare plants stolen from the wild and exported worldwide. It is estimated that about 15,000 rare cycads, worth more than US$600 million, have been illegally traded over the past 20 years.

Unlike the trade in rhino horn and elephant ivory, there is no particular race or country for armchair experts and xenophobes to point the finger at in this racket – the person responsible for the demise of these national treasures could be your next-door neighbour in Johannesburg, Los Angeles, Sydney, Dubai or Kuala Lumpur.

With their long spikey leaves, cycads might resemble palms, but they are actually gymnosperms, ancient seed plants most closely related to conifers. Like pine trees, they produce cones, often large and garishly coloured, which adds to their appeal to collectors. They are also known as the broodboom, or “bread tree” in Afrikaans, because in times of famine the woody core of the caudex (as the stem or ‘trunk’ is known) could be boiled, fermented and ground into meal. Cycads also have a place in African traditional medicine.

This, however, is not the primary threat they face, according to Phakamani M’Afrika Xaba, Conservation Research Horticulturalist at Kirstenbosch National Botanical Garden in Cape Town.

“It’s bragging rights,” Xaba said of the real danger to cycads. Extremely wealthy collectors from around the world compete to see who can show off the biggest or most valuable collection of cycads. Fortunately, Xaba added, there are several cycad enthusiasts and farmers who are interested in the conservation of cycads and contributing to cycad research, such as the Cycads Society Branch in the Western Cape.

Collectors pay for cycads by the seed or centimetre of caudex length. With some plants fetching US$1000 per seed, a plant no more than a metre high could be worth US$100,000 – the value of a decent-sized rhino horn. Unlike rhino poachers, however, cycad smugglers are rarely up against armed rangers, and their crime has so far attracted a fraction of the media coverage devoted to iconic mammal species. And nor are the middlemen doing the dirty work, according to Xaba.

“People are poor here in South Africa, and in developing countries globally were cycads occur, and it’s very easy to exploit that,” he said. “You can go into a village and offer someone less than US$6 to dig up a plant from the wild, which you can sell for US$3000. Collectors should put more positive energy into conserving the cycads in habitat, or restoration of population, rather than removing them from the wild.”

Even though the cycad trade is legal and regulated, this does not stop the plants from being taken illegally from the wild. In fact, the opposite is true – the rarer the plant becomes in nature, the greater its value to collectors. The cycads most in demand by collectors are those that are already extinct in the wild, or very close to extinction. Among those most in demand, due to their rarity in the wild are the Venda cycad (E. hirsutus) and Heenan’s cycad (E. heenanii), while others in the high-value bracket include the Kaapsehoop cycad (E. laevifolius) and the Albany cycad (E. latifrons).

It is also easy for illegal dealers to get around the existing system, which requires permits for the trade and export of cycads. Cycads can survive weeks without water, so smugglers will sometimes simply drive their plants out of South Africa and export them from neighbouring countries with even fewer regulatory checks. Seeds and suckers (young cycads, also known as pups) and even medium-sized stems are also simply posted out of South Africa.

Eugene Swart, Deputy Director, Biodiversity Enforcement, with the Department of Environmental Affairs, makes the point that much of the damage to wild populations was done many years ago.

However, it’s not all bad news for cycads.

“During the past year or two, great strides have been made in combating illicit activities, which results in the successful prosecution of offenders with unique sentences,” Swart said. “For example, one convicted landowner had to forfeit 400 hectares of land which was donated to conservation.”

There have been fines issued ranging from R40,000 to R400,000, and in 2015 a trio of cycad poachers was imprisoned for a total of 25 years. The penalties are still well-short of those meted out to rhino poachers, and it’s fair to say awareness of the plight of cycads is not as high as for mammal species, but there are moves afoot to change that in South Africa.

Dedicated cycad champions are doing good work. At Kirstenbosch, Xaba and his team are working on artificial pollination techniques to help restore numbers of the rare E. latifrons, which numbers fewer than 70 in the wild.

Meanwhile, botanist Michele Hofmeyr has set up the South Africa Plant Conservation Trust, whose aim is to protect, research, conserve and support the management of rare and endangered plants.

The trust, established in conjunction with the NGO Conservation Outcomes, will also focus on training of a new generation of young botanists to fill a gap in the market.

“We need to combat ‘plant blindness’,” Hofmeyr said. “People look at the bush and think there are plenty of trees and flowers and it’s hard for them to get excited or passionate over a plant that’s missing because it has been collected to extinction from the wild.”

Allied to this blindness is a misconception peddled by collectors and middlemen that they are actually doing a service to rare plants by taking them from the wild, ‘protecting’ them in their gardens and producing seedlings. This ignores the fact that it was many of these same collectors who were responsible for the removal of cycads from the wild.

“Ecosystem services need to stay intact to maintain their integrity. If you take a plant out of its ecosystem, it’s like taking a tiny cog from a watch. You might not notice it missing initially, but it will not work properly, and then it’s too late.” Hofmeyr said.

“We all need to work towards conserving and appreciating our green heritage and creating an awareness of the value of all our indigenous plants. Cycads are the most vulnerable of all of these, so think twice before you are tempted to buy a cycad from an unknown or unreliable source.”

Australian writer Tony Park fell in love with South Africa on a short trip in 1995 and became hooked on the continent and its wildlife. Tony is the author of 18 thriller novels set in Africa and he and his wife Nicola now divide their time between two homes, one in Sydney and the other on the edge of the Kruger Park. Tony has worked as a journalist and PR consultant and served in the Australian Army Reserve as a public affairs officer, including six months in Afghanistan in 2002. For more information on Tony and his books, visit www.tonypark.net