Posted on May 17, 2021 by teamAG in the Decoding Science post series.
ShareTweetPinEmailShareShareLinkedIn

The Convention on the International Trade in Endangered Species (CITES) is one of the largest and oldest conservation and sustainable use agreements in the world. The treaty was ratified almost half a century ago, designed to control the trade in plant and animal species to avoid over utilisation. Naturally, times have changed since the treaty was initially conceived, and there are many instances where antiquated systems have failed any kind of conservation agenda. A recently published article by experts in sustainable use delves into these weaknesses and cautions against changing a species’  CITES listing without carefully considering the complicated set of conservation implications.

CITES listings determine where a species fits into one of three appendices of increasing regulation and restriction. The trade in species on Appendix I is all but banned except under exceptional circumstances, and more stringent restrictions apply to species in Appendix II than Appendix III. (For a more detailed explanation, see What exactly is CITES and how does it work?) However, under the treaty, the decision to list is based on a simplistic set of biological and trade criteria that relate little to the potential impact of such a decision.

The one-dimensional assumption of the treaty is that more stringent trade regulations automatically result in conservation benefits. However, the authors argue that this is not always supported by evidence or experience. 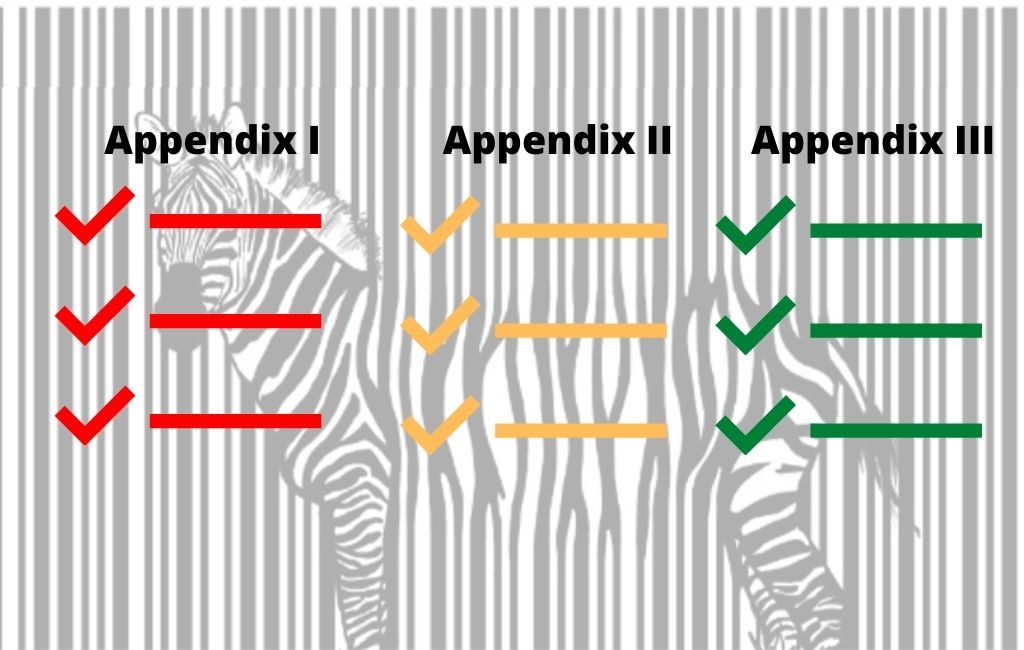 So, when should a species be considered for an Appendix I listing? The article argues that this is relatively uncomplicated where international trade is a significant threat to an endangered species; the species is threatened across its range; international trade plays no positive role; and where a realistic, achievable strategy for conservation is established.

However, there are other scenarios where a listing on Appendix I may fail to improve or even hinder conservation efforts, such as:

Here, the authors’ argument is not against the listing of a species on Appendix I but rather that the consequences are often unpredictable. Real-world complexities are seldom considered when making a decision. An untested assumption forms the listing basis, but the outcome is often continued illegal and unsustainable trade devoid of any monitoring or management tools.

The article also suggests that Appendix II, which allows for regulated trade, is not utilised to its full potential, given the flexibility to tailor management options to local contexts. As in the case of Appendix I, increased trade restrictions may help conservation, but they may also come at no advantage and high cost. The example used by the authors is the recent listing of the giraffe in Appendix II. Legal international trade does not pose a significant threat to the species, but habitat loss, civil unrest and illegal bushmeat hunting are key drivers in population declines. The authors question how CITES trade controls will benefit the conservation status of giraffe, even though the public widely hailed this as a conservation success.

Wildlife trade is not a one-dimensional process taking place in a vacuum – it involves a complex overlap of social, economic, cultural, and ecological elements. No doubt CITES has failed to evolve as needed in the past 50 years, but, equally, the State Parties have failed to drive the necessary change for CITES listing. Instead, they have fallen back on oversimplified assumptions that do not accurately reflect realities on the ground.

The article concludes that a failure to reform the treaty “risks CITES being stuck in a 1970s conception of conservation that ignores complexity, fails to achieve its objectives, and satisfies only a set of constituencies with little responsibility or impact on field-level conservation. The question is not if these modernisations will happen, but when and how. This is a matter of strategic vision that needs to be addressed with urgency and commitment if CITES is to avoid senescence, and mature into a potent and effective conservation regime, well-equipped to address contemporary conservation challenges.”

The full article can be read here: “Think Before You Act: Improving the Conservation Outcomes of CITES Listing Decisions”, Cooney, R., et al., (2021), Frontiers in Ecology and Evolution