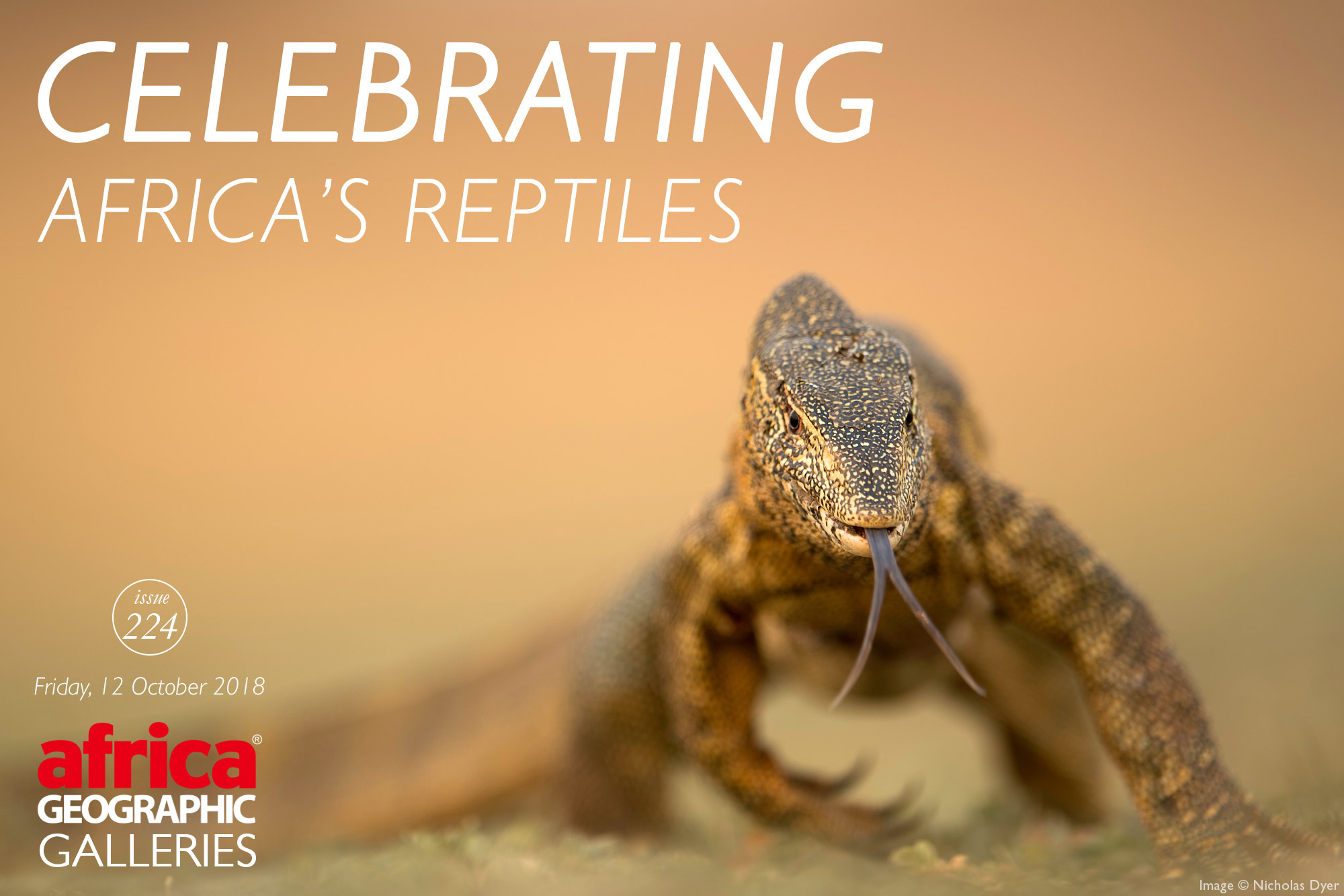 Reptiles are one of the most diverse groups in the animal kingdom. Their behaviours and physical attributes cover a broad spectrum, which is one of the reasons we humans find them so fascinating. While out on an African safari, you will almost be guaranteed to spot some species of reptile, be it a snake, lizard, crocodile, chameleon or tortoise (to name but a few) – it’s like a herpetologist’s dream destination!
In this gallery, Celebrating Africa’s Reptiles, we are taking some time out to appreciate a small selection of those stunning cold-blooded creatures, through the lens of some incredibly talented photographers who entered our Photographer of the Year 2017 and 2018 competitions. Some of the photos are accompanied by interesting facts and thoughts from the photographers themselves. 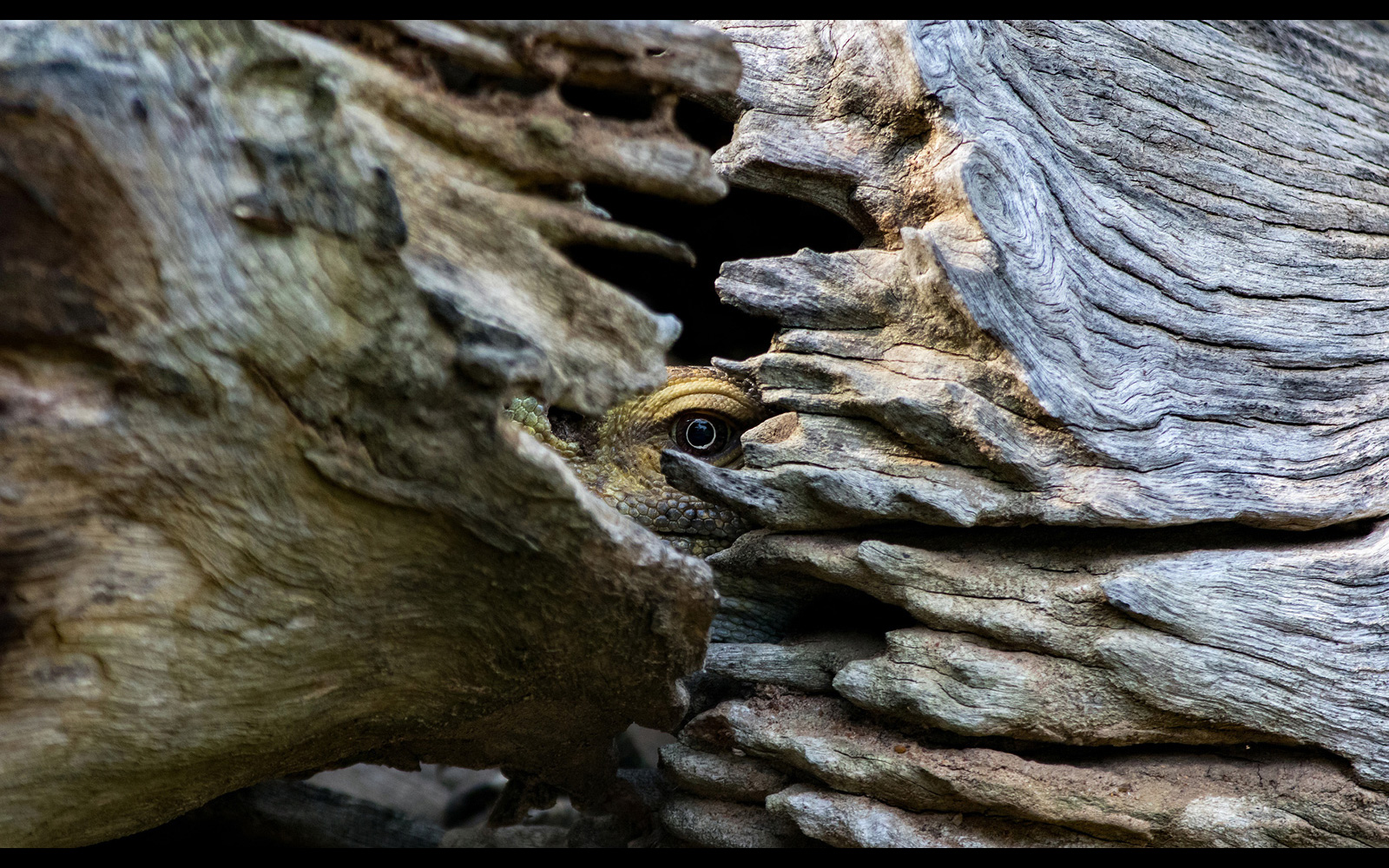 “I was in Ndumo Game Reserve when a quick movement caught my eye, and I saw the tail of a rock monitor disappear behind a tree. I approached slowly, hoping to find a nice photo opportunity, and planned to intercept it on the other side of the tree. Imagine my surprise when I realised that it was watching me through a knothole! I was very pleased to see that I had a unique image of an often overlooked species. I love the way the rough bark suggests the skin of the monitor, while the eye eerily peers out of an unexpected place.” ~ Ernest Porter 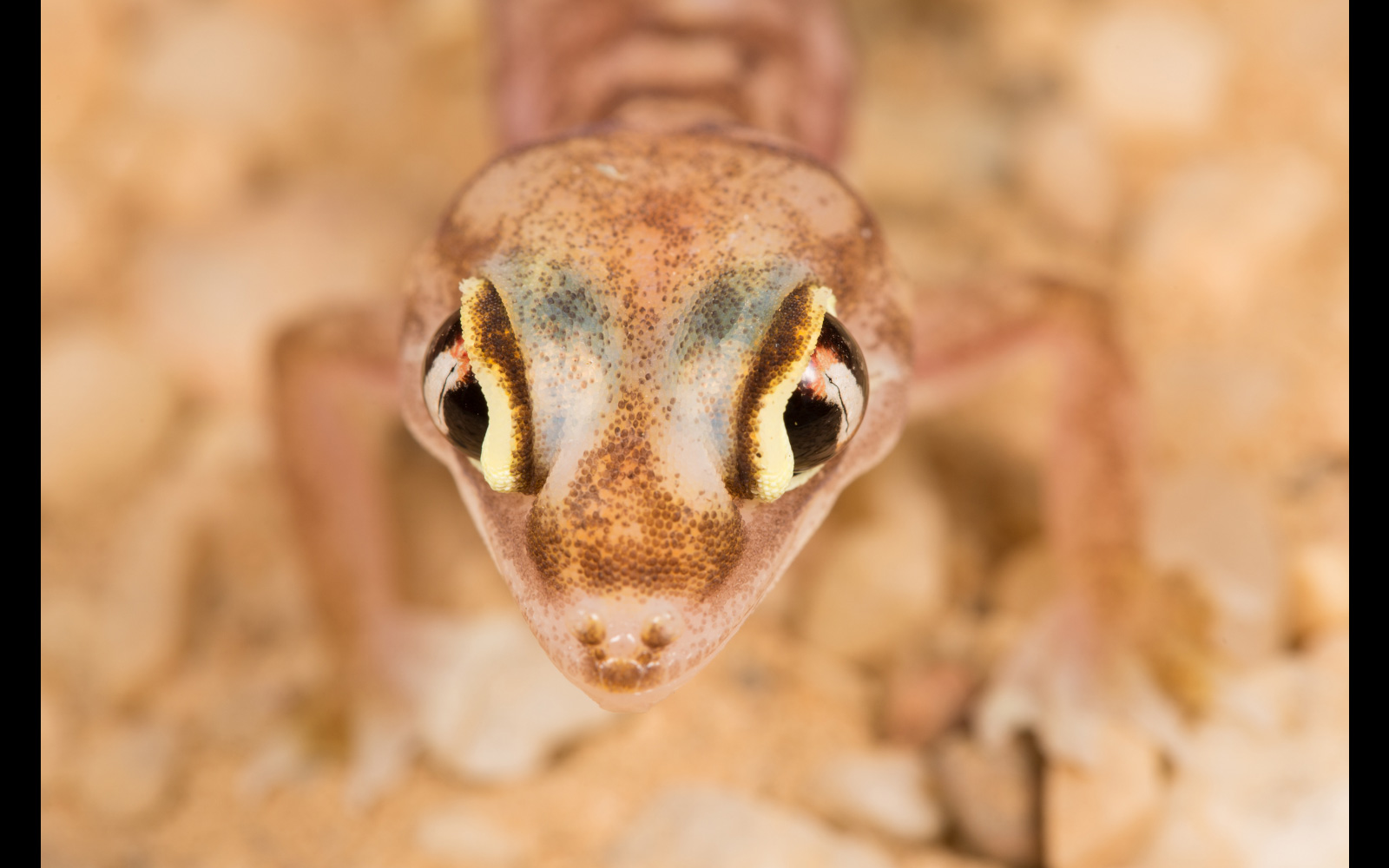 ?  “The eyes of the desert” – a web-footed gecko in Swakopmund, Namibia © Tyrone Ping (Photographer of the Year 2018 Entrant)

“Being nocturnal, these geckos live mostly nestled in deep burrows in the desert sand where there is a moderate amount of moisture during the day. They venture out to the surface only when the desert’s temperature has dropped at night.” ~ Tyrone Ping 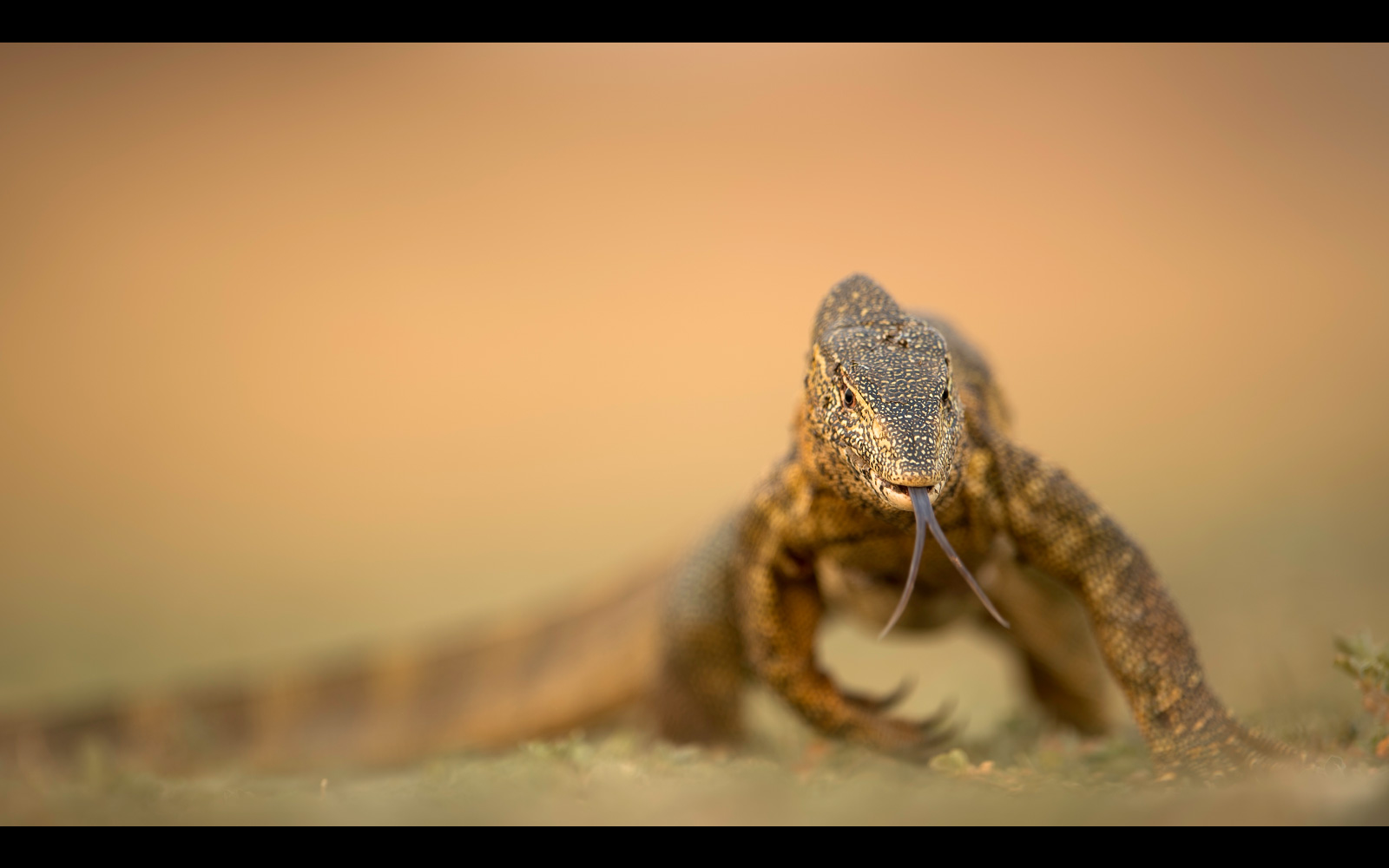 “Walking in Mana Pools, I noticed a martial eagle having a tussle with something in the distance. I walked over quietly to get a better look but was too noisy, and the bird flew off. On the ground, I noticed a legavaan (rock monitor), clearly dazed but seemingly undamaged. I lay down quietly some distance away, and the monitor composed itself and slowly stalked across the baked earth towards me, tongue darting in and out. It wandered around about for several minutes, unaware that I was there. Its skittish senses soon returned though and realising how exposed it was; it darted up a nearby tree.” ~ Nicholas Dyer 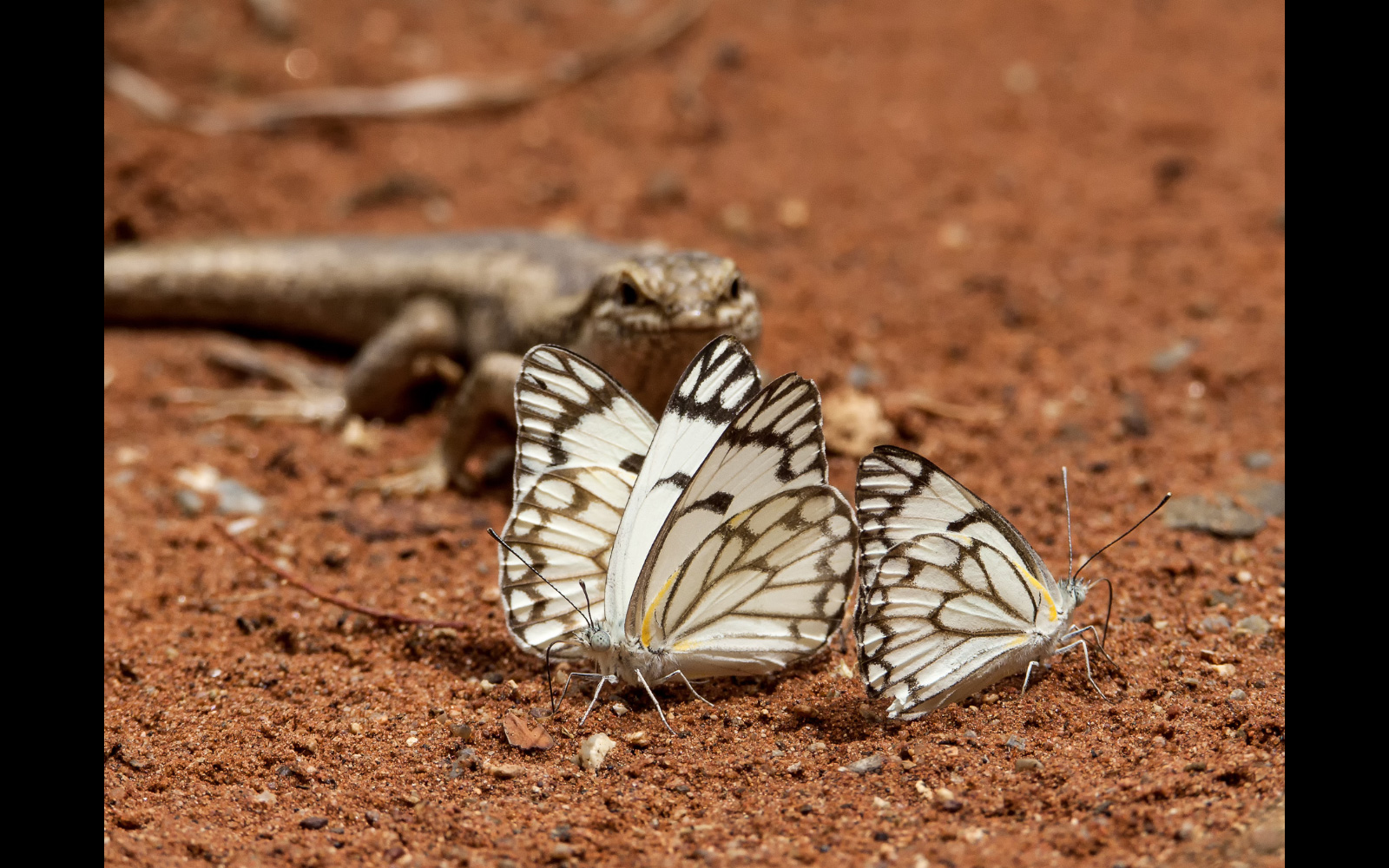 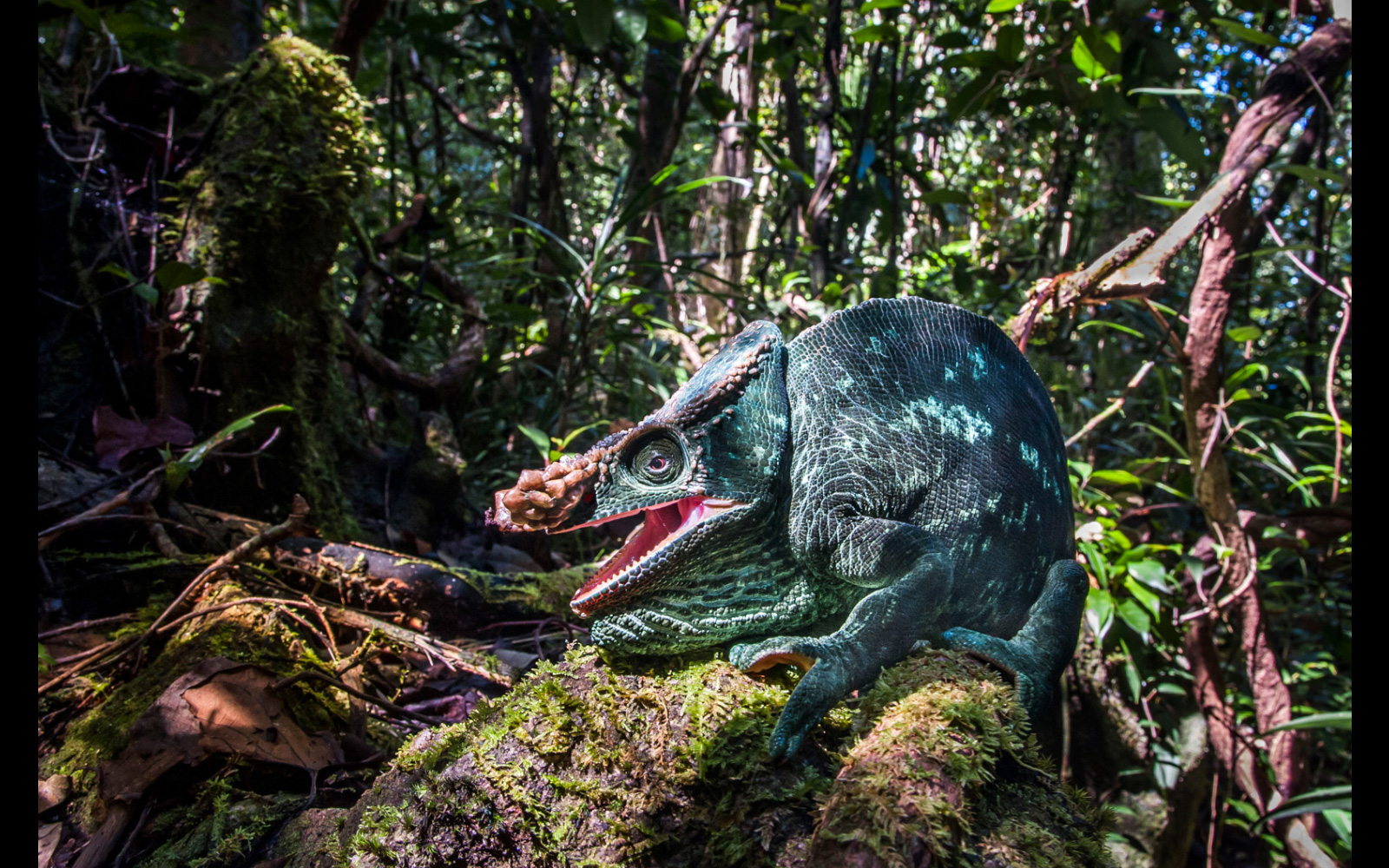 ?  A large Parson’s chameleon in the Masoala Rainforest, Madagascar © Paolo Torchio (Photographer of the Year 2017 Semi-finalist) 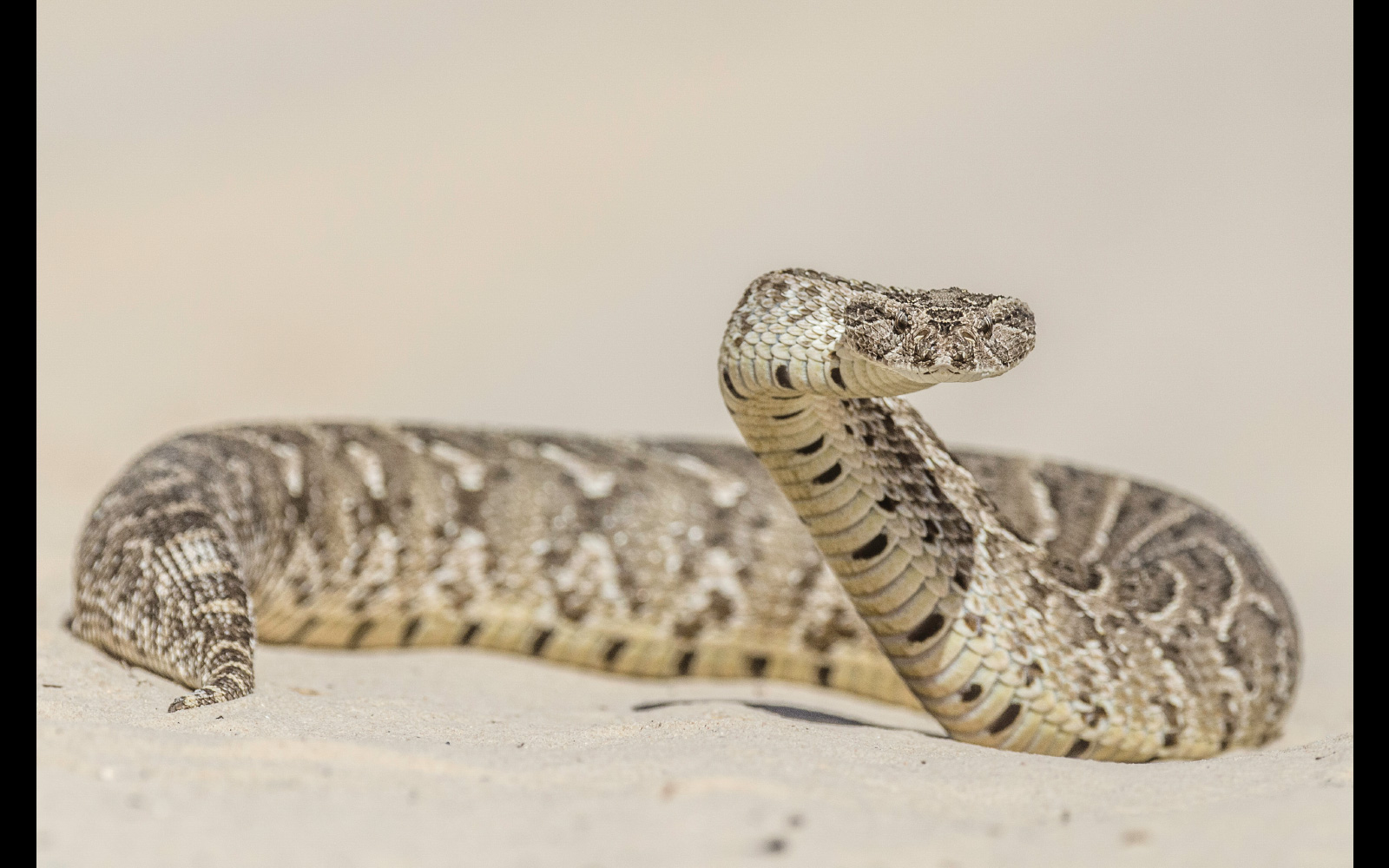 ?  Getting up close and personal with a puff adder in a reserve in South Africa © Joel Alves (Instagram/joelalves15) (Photographer of the Year 2018 Top 101) 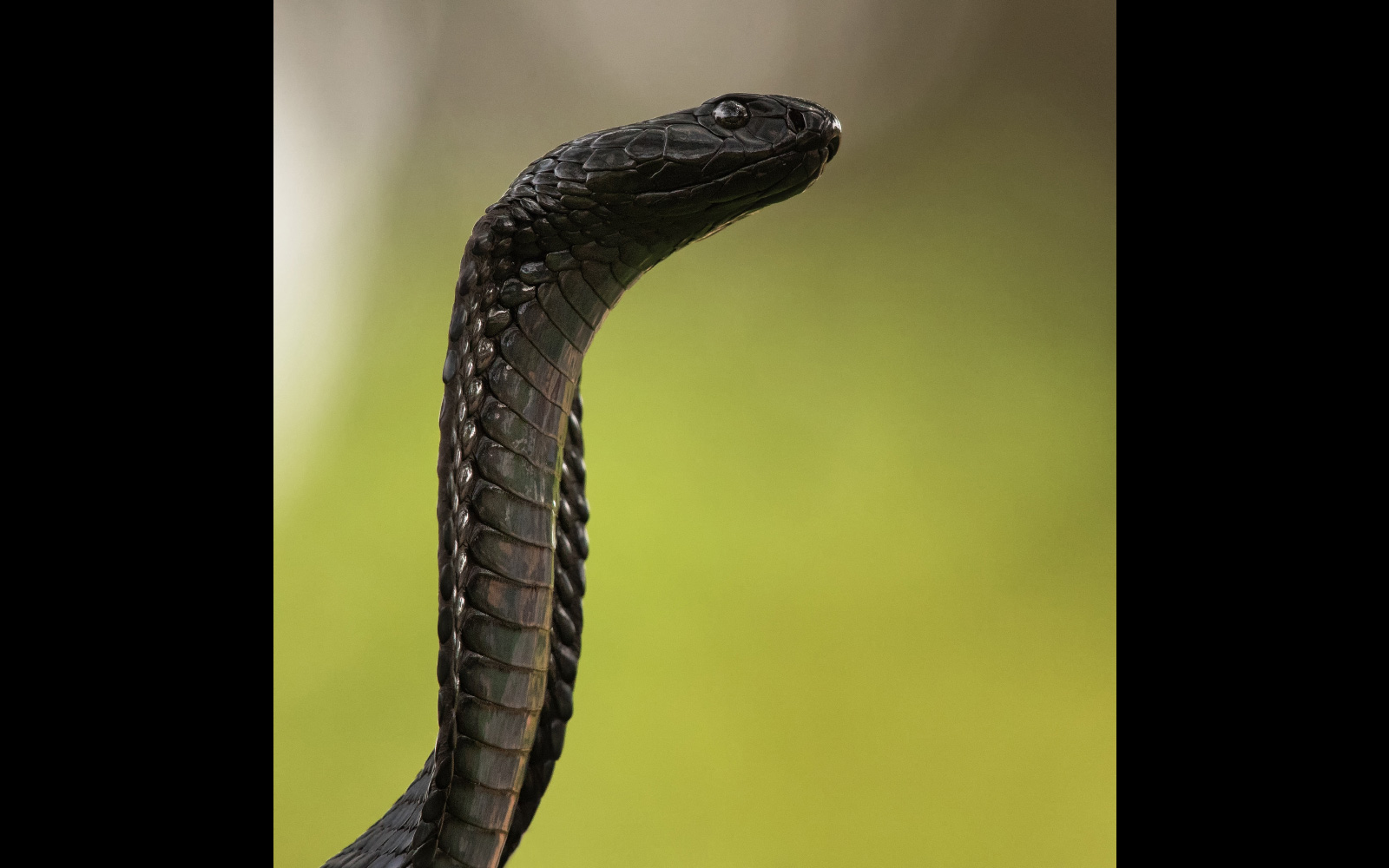 “I was staying at Bushmans Kloof Wilderness Reserve when I was told that one of the rangers, a snake enthusiast and guide, had rescued a black spitting cobra (Naja nigricincta woodi) from one of the staff toilets. Having never seen one, I hot-footed it over to him and asked if I could take a few photographs. I was thrilled when he said I could go with him to release it back into the surrounding bush. It was such an honour to share a few moments with such a majestic and beautiful creature: an experience I will never forget.” ~ Dionne Miles 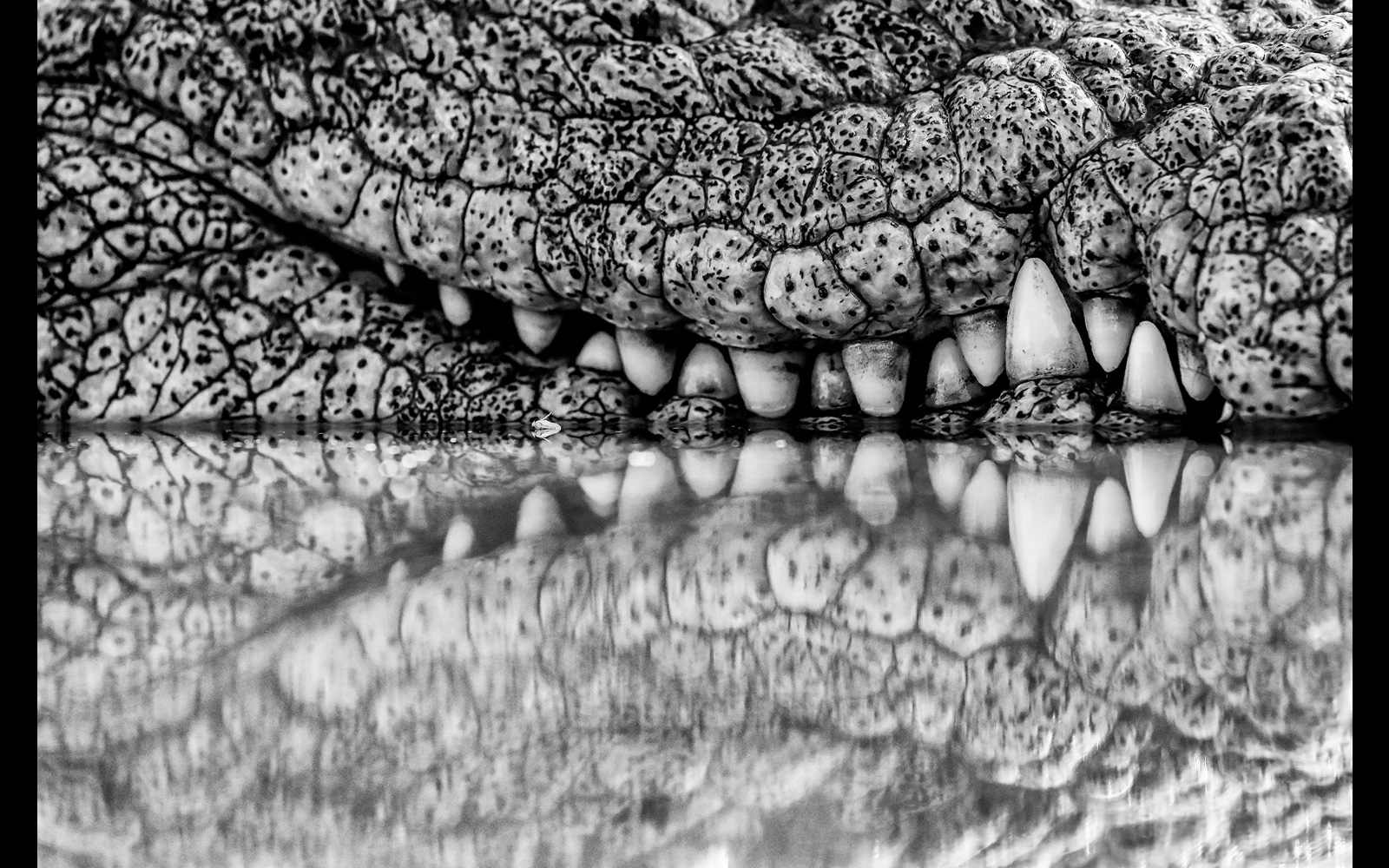 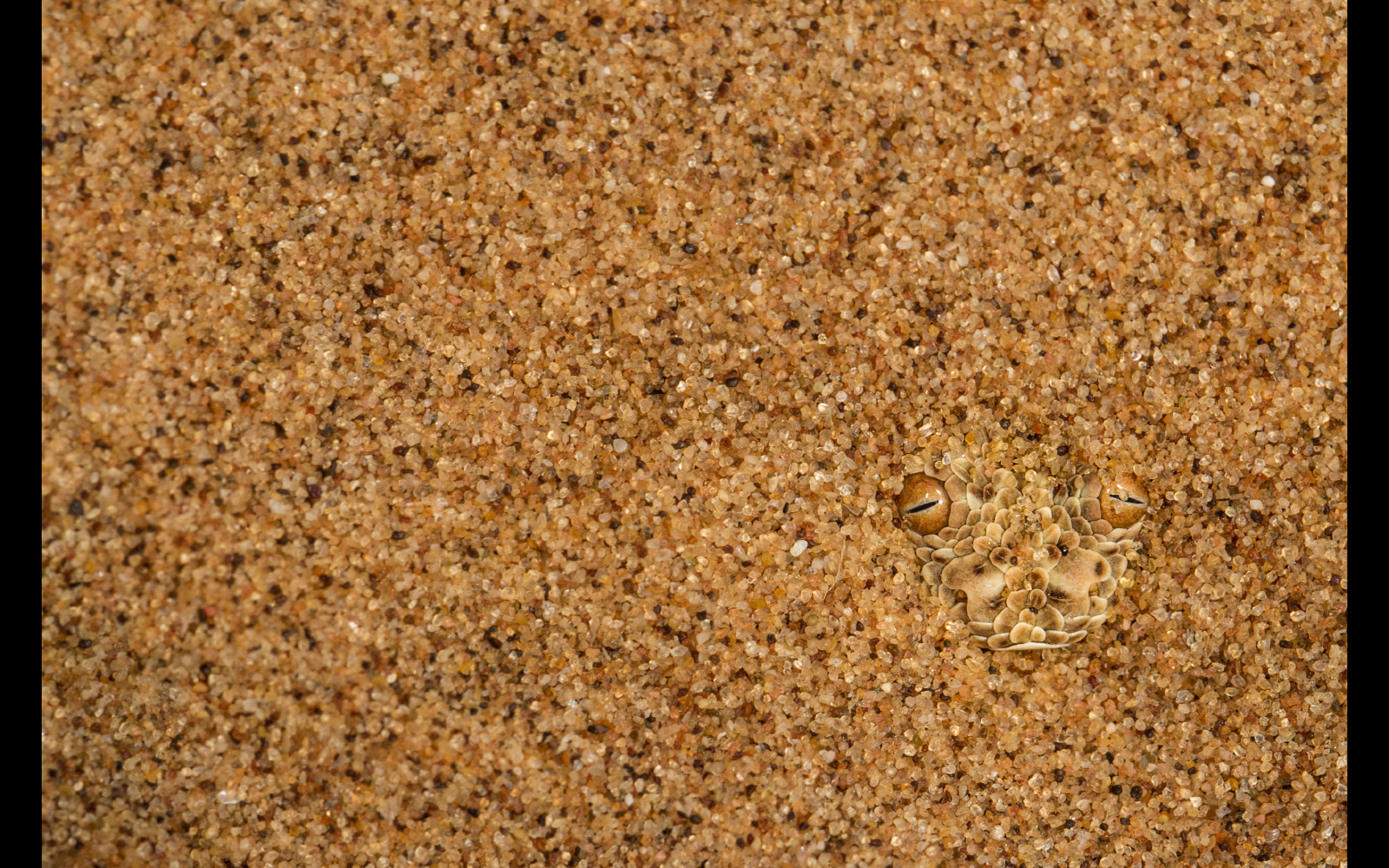 ?  Now you see me, and now you don’t – a Peringuey’s adder in the Namib Desert, Namibia © Tyrone Ping (Photographer of the Year 2017 Finalist)

“The Namib Desert is known for its true beauty of shape-shifting sand dunes and the iconic Dead Vlei. We came across this Peringuey’s adder (Bitis peringueyi) beneath the scorching desert sand – a true master of camouflage and desert living. With only its oddly positioned eyes sticking out of the sand, any small lizard who wanders too close will meet an untimely end.” ~ Tyrone Ping 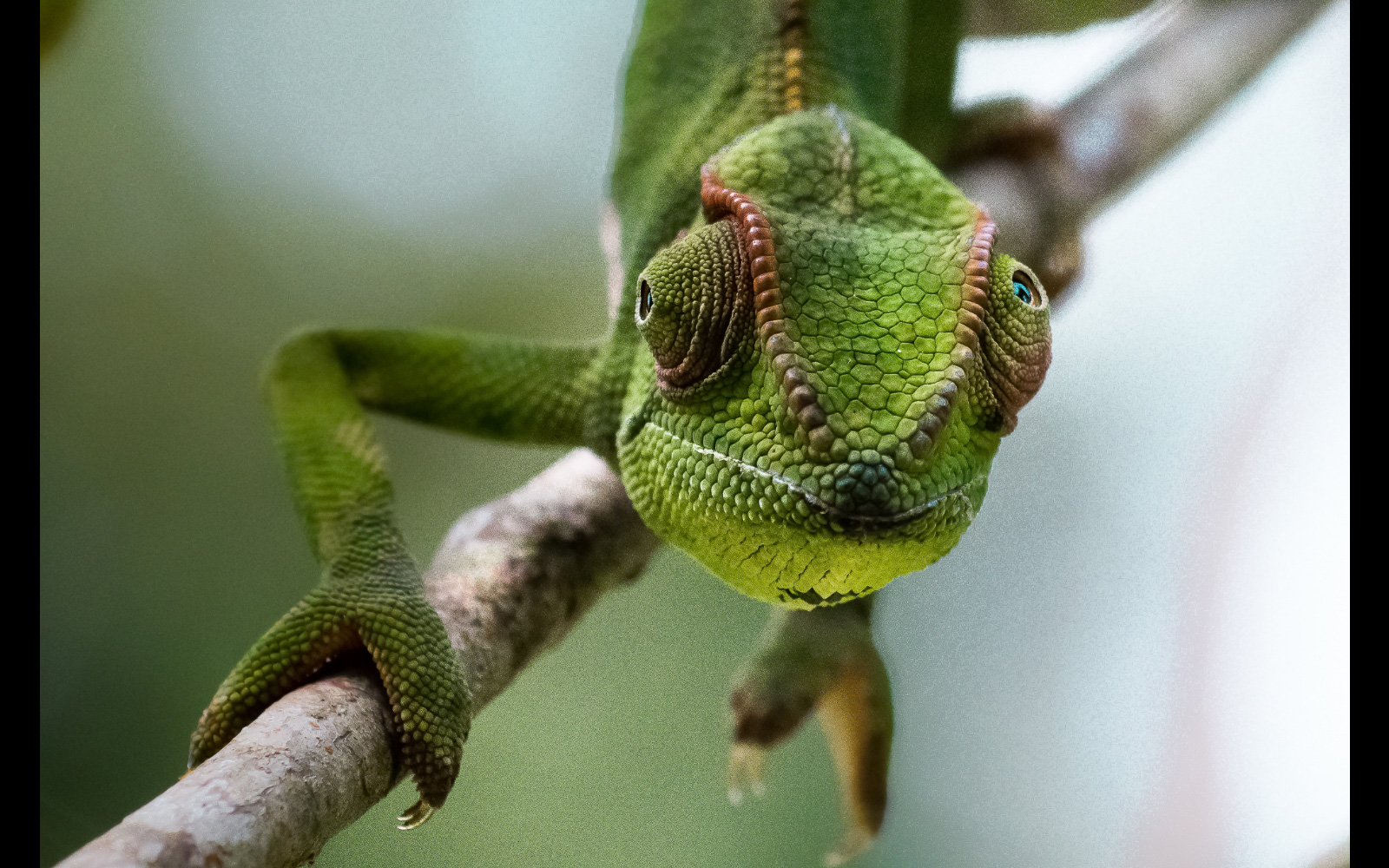 ?  Up close with a chameleon in Sapo National Park, Liberia © Gianluca D’Amico (Photographer of the Year 2018 Semi-finalist) 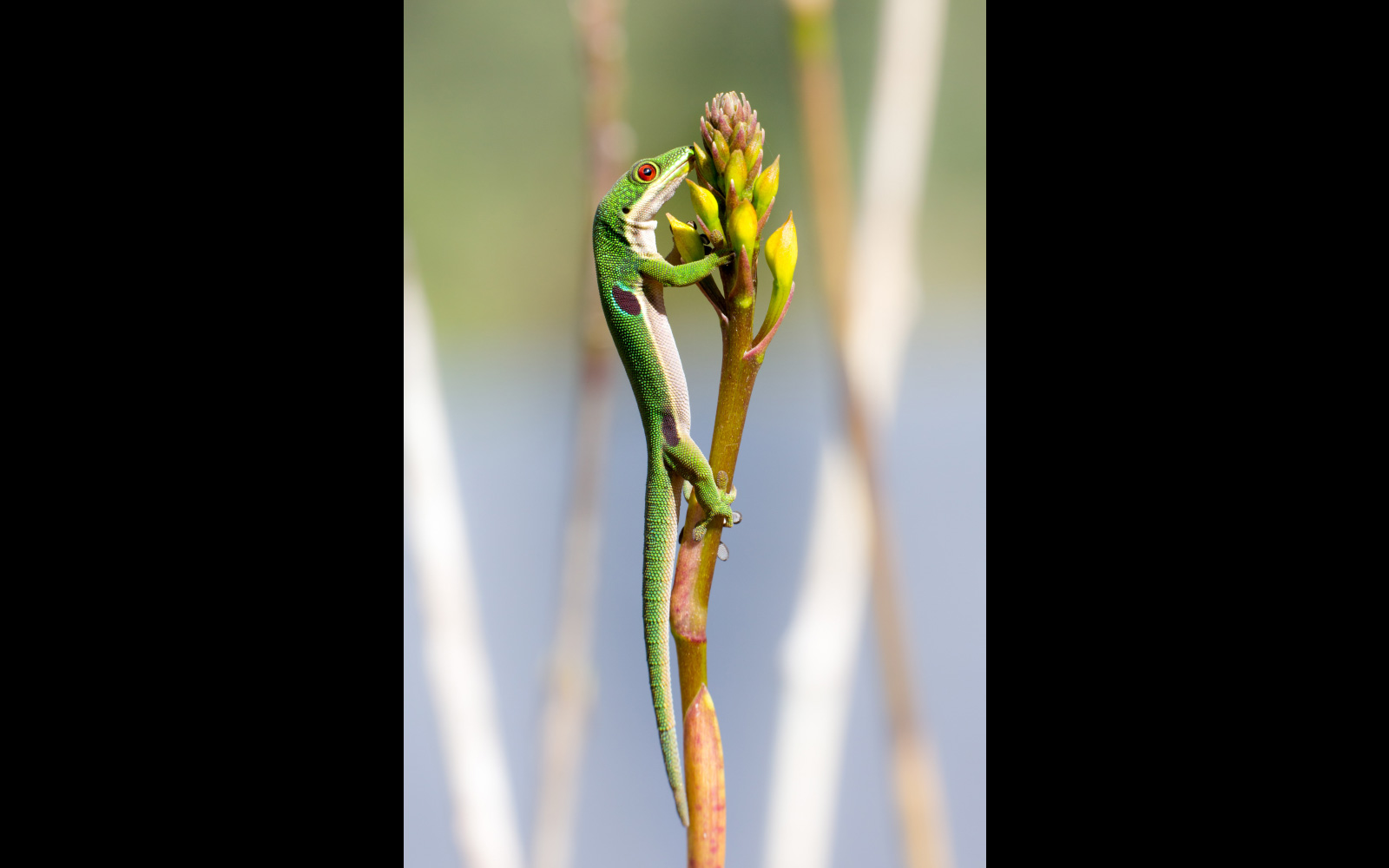 “I noticed this delightful day gecko sipping the nectar from some succulent plants near where I was having lunch in Ranomafana National Park. I raced off to get my camera gear and managed to get some macro images before he disappeared.” ~ Sarah Zito 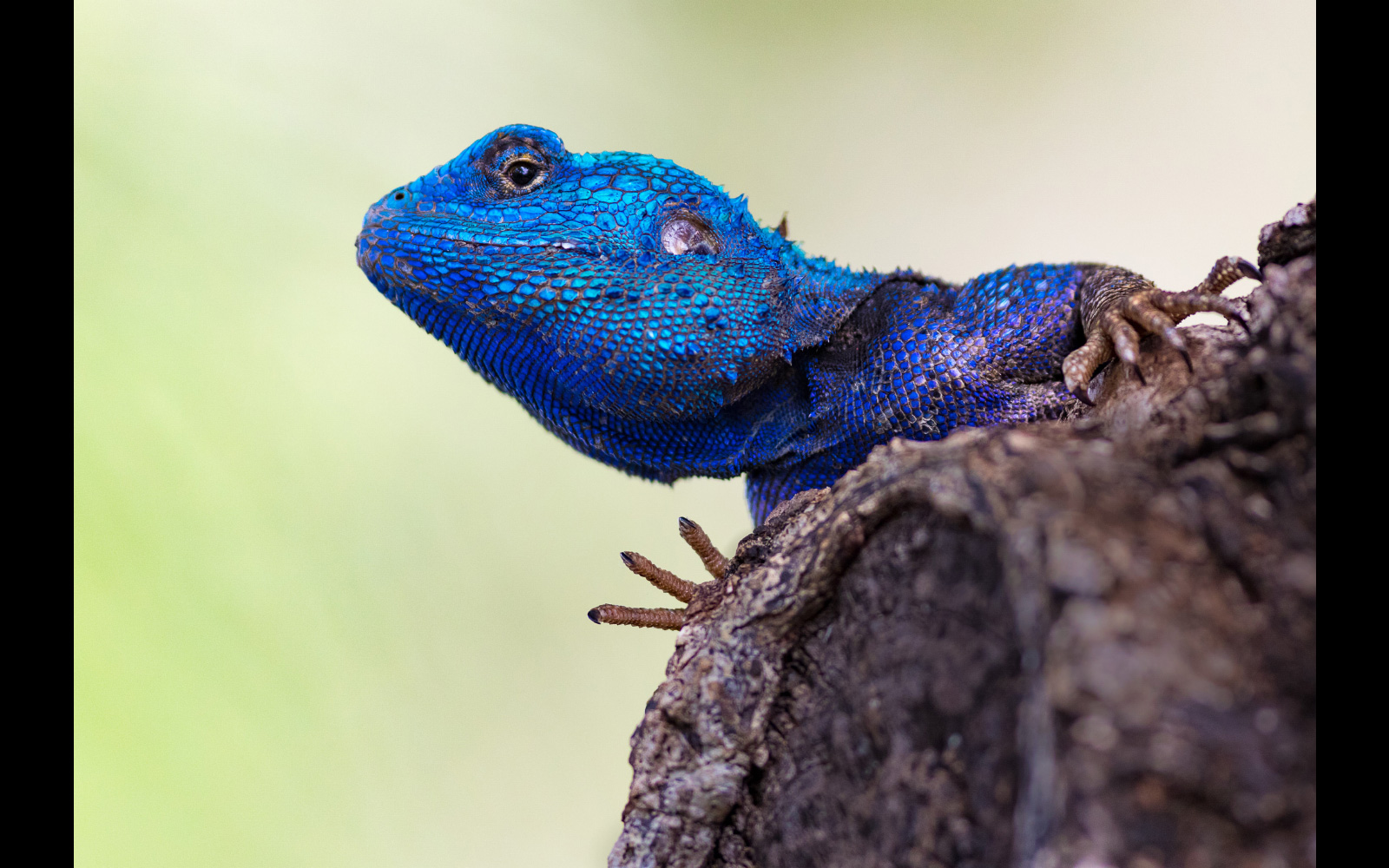 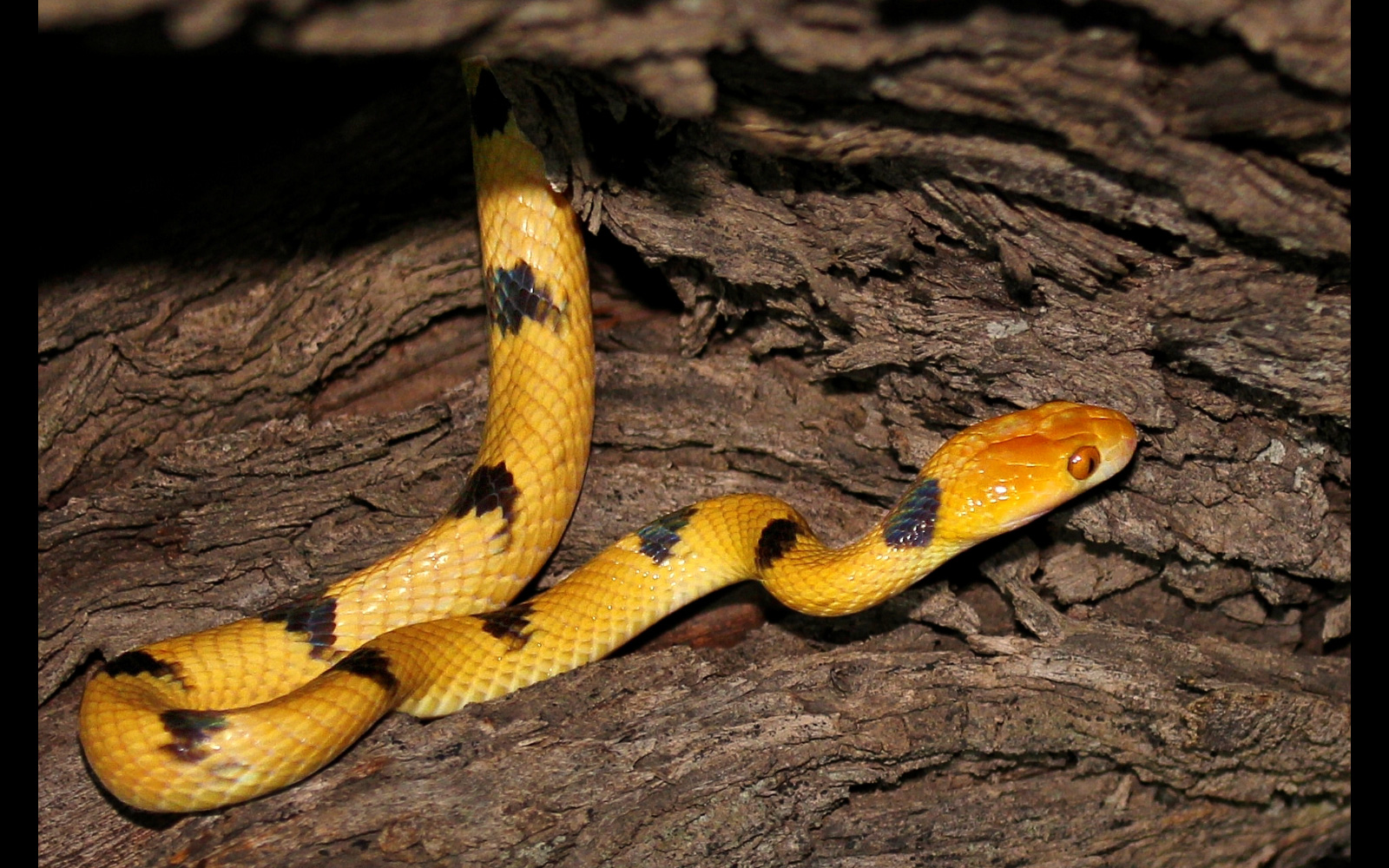 ?  An African tiger snake on a tree in Kgalagadi Transfrontier Park, Botswana © Fanie Heymans (Photographer of the Year 2018 Entrant)

“This African tiger snake, also known as the Eastern tiger snake, was spotted on a tree at Mabuasehube in the Kgalagadi Transfrontier Park. This is a small, slow-moving snake that hunts at night.” ~ Fanie Heymans 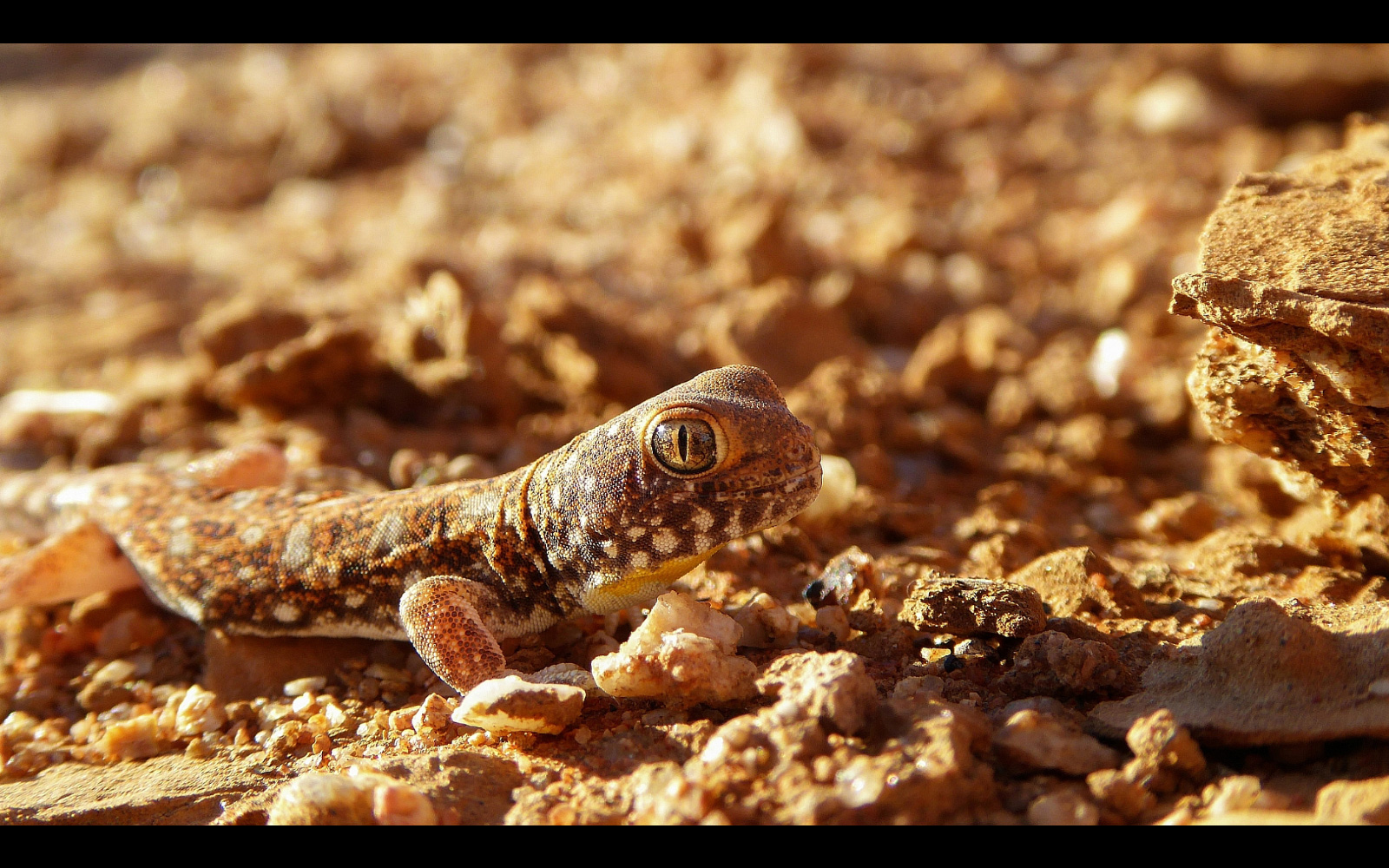 The territorial calls of the barking gecko can be heard at dusk and on overcast days during the hottest time of the dry Namaqualand summer. The males sit at the entrance to their burrow and emit a “kek-kek-kek” sound for hours on end. Apart from territorial defence, the calls also attract females.