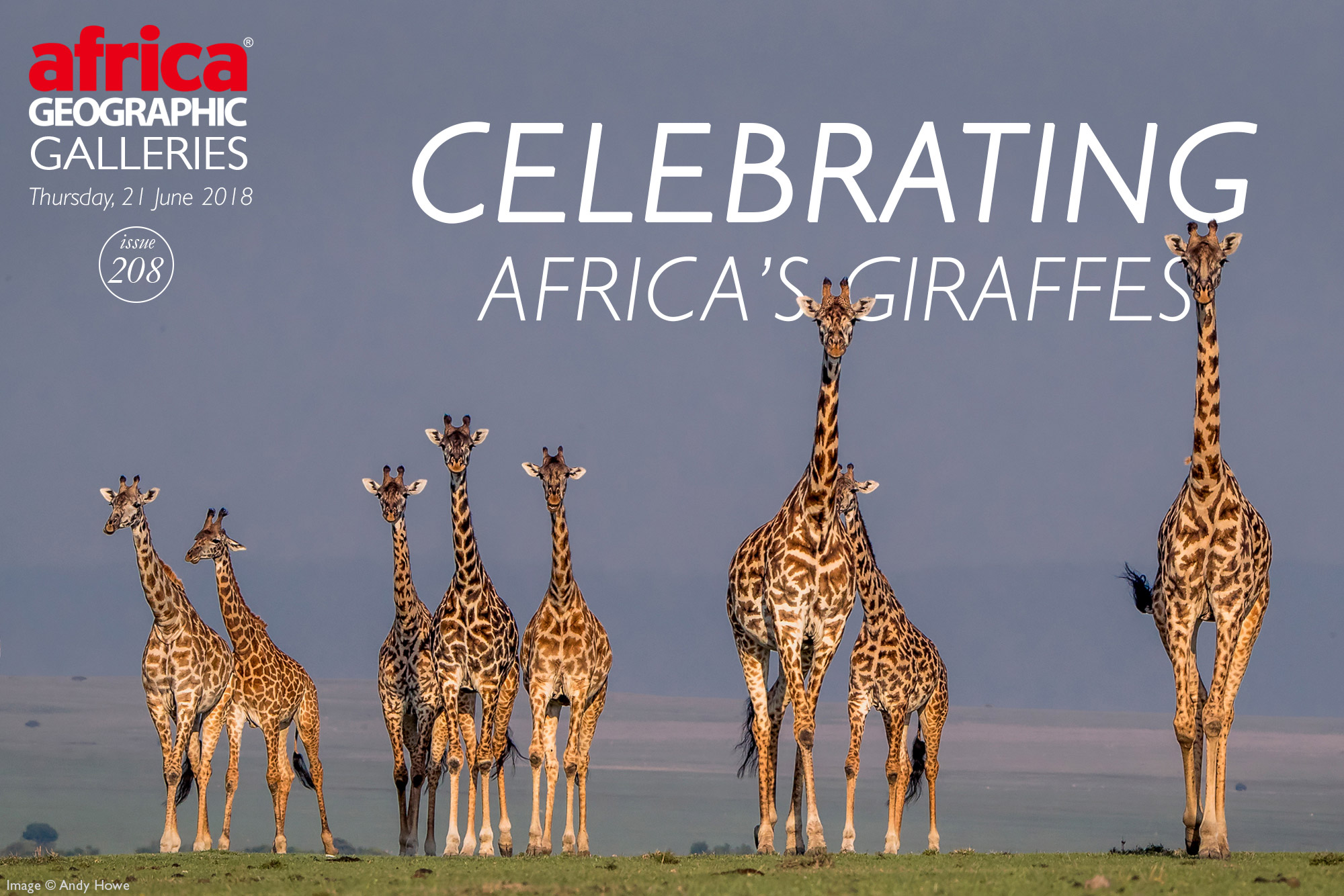 The 21st June marks the summer and winter solstice – depending on where you are in the world – and in the northern hemisphere, it is the longest day of the year. It is then entirely appropriate that the day also marks World Giraffe Day, considering it is the planet’s longest-necked animal.
As one of the most iconic animals around, a giraffe’s sheer size and gracefulness will undoubtedly leave you speechless as it strides over the African plains. With their long legs, beautiful eyes and regal bearing, the giraffe is a remarkable creature that deserves recognition and praise.
On World Giraffe Day, we are celebrating Africa’s giraffes in all their splendour through this gallery of stunning photos, along with some interesting facts. And they’re not just any photos; they’re some of the special photos submitted during our Photographer of the Year 2017 and 2018. 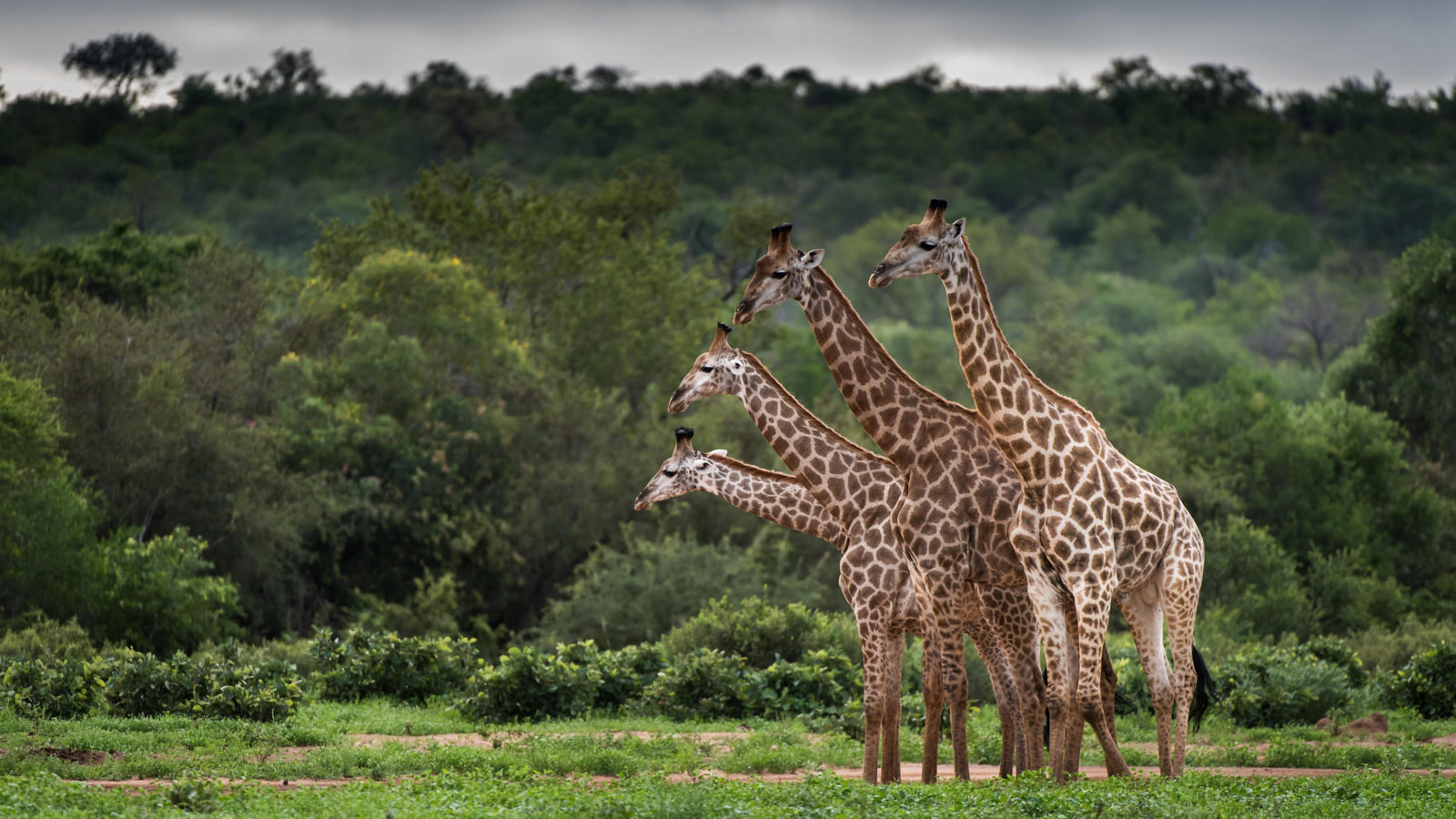 The name “giraffe” comes from the Arabic word zarāfah (meaning “fast-walker”). In the 1590s the Italian form giraffa arose, and around 1600 the modern English form developed from the French version, girafe. 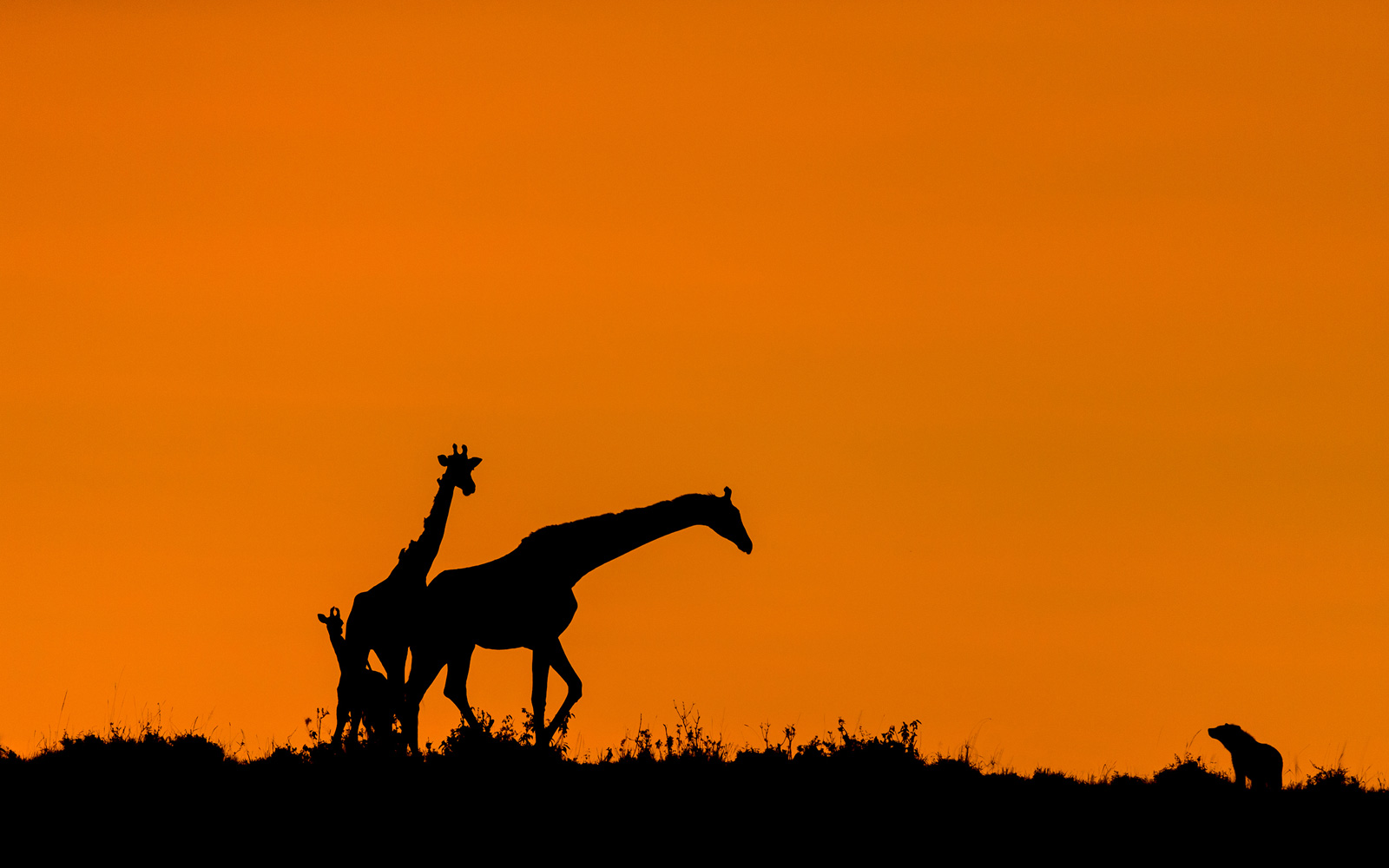 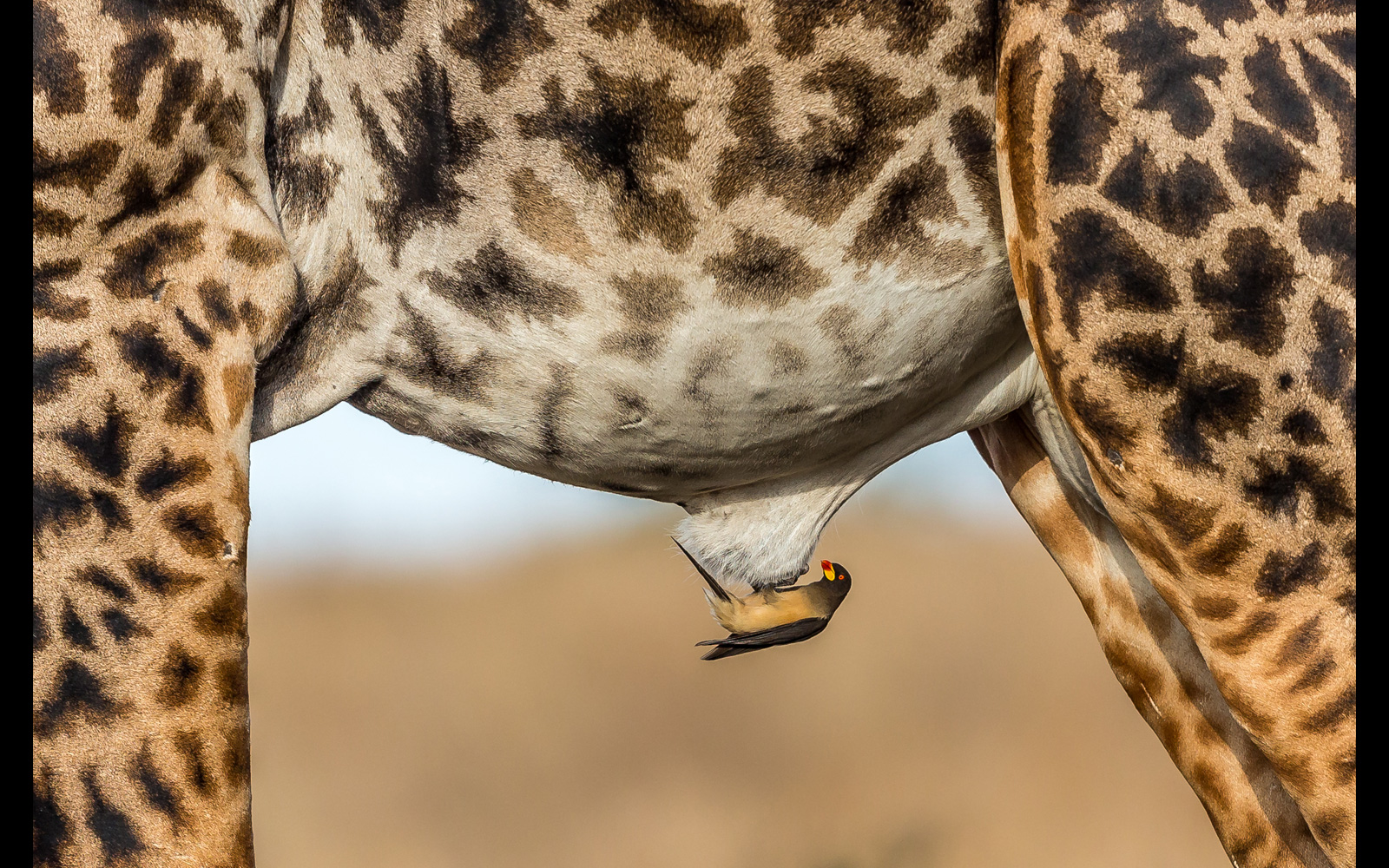 Oxpeckers have an excellent symbiotic relationship with giraffes, keeping them healthy and free from parasites and ticks. 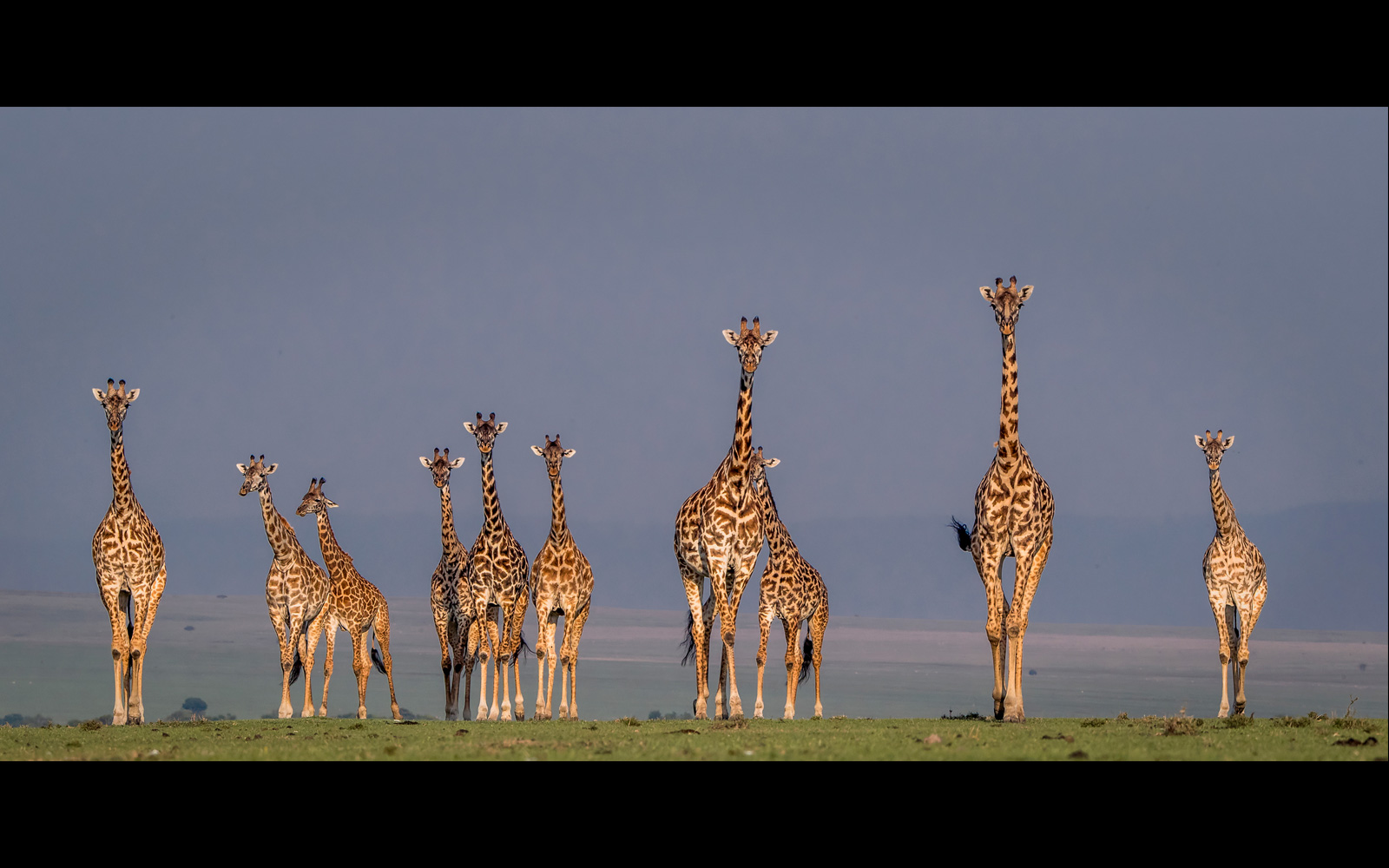 A group of giraffes standing still is called a tower, but once they are moving, they are called a journey. 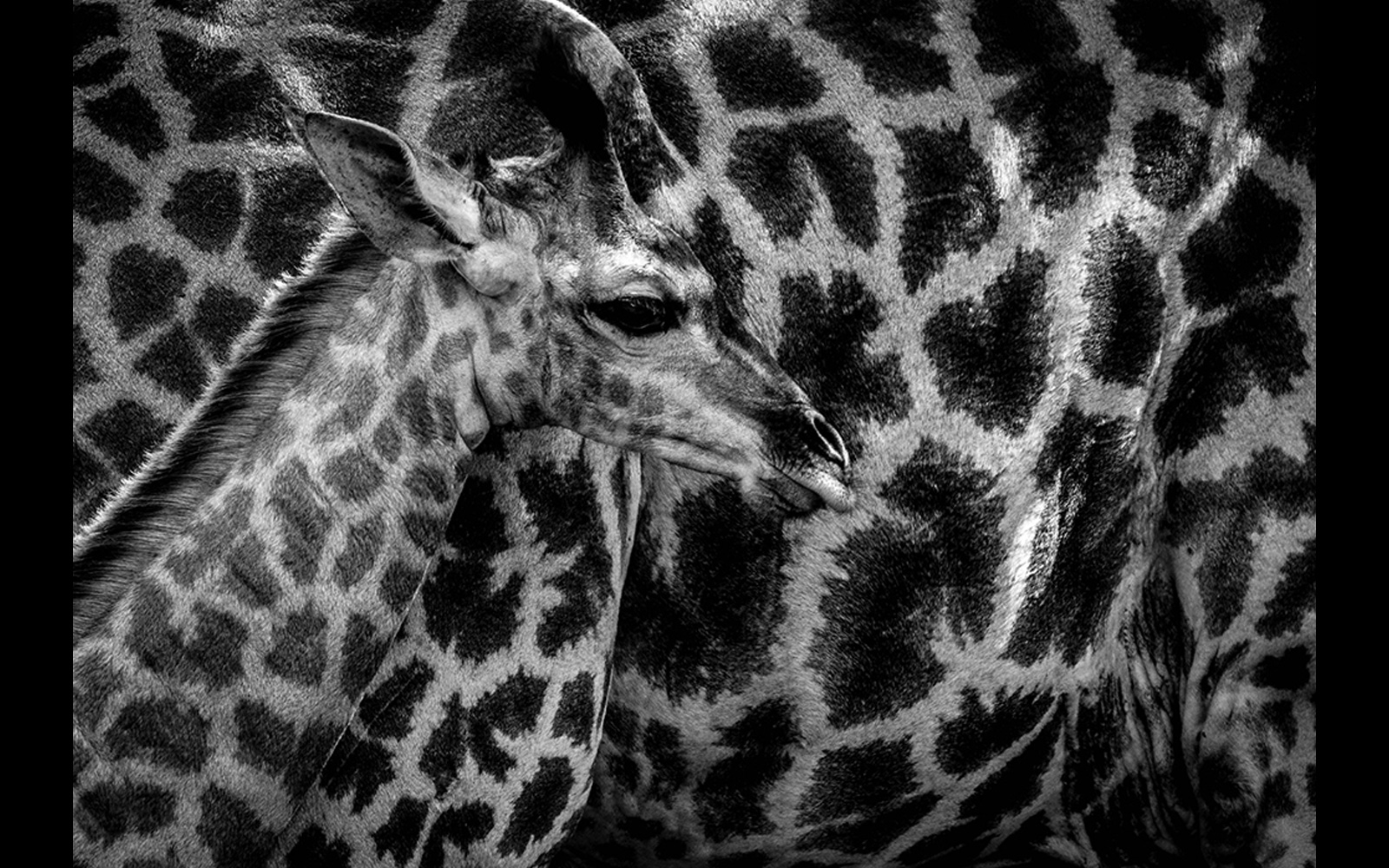 Their young are ‘dropped’ at birth onto the ground and can stand within the first hour of life. By 10-hours-old they can run with the rest of the herd. 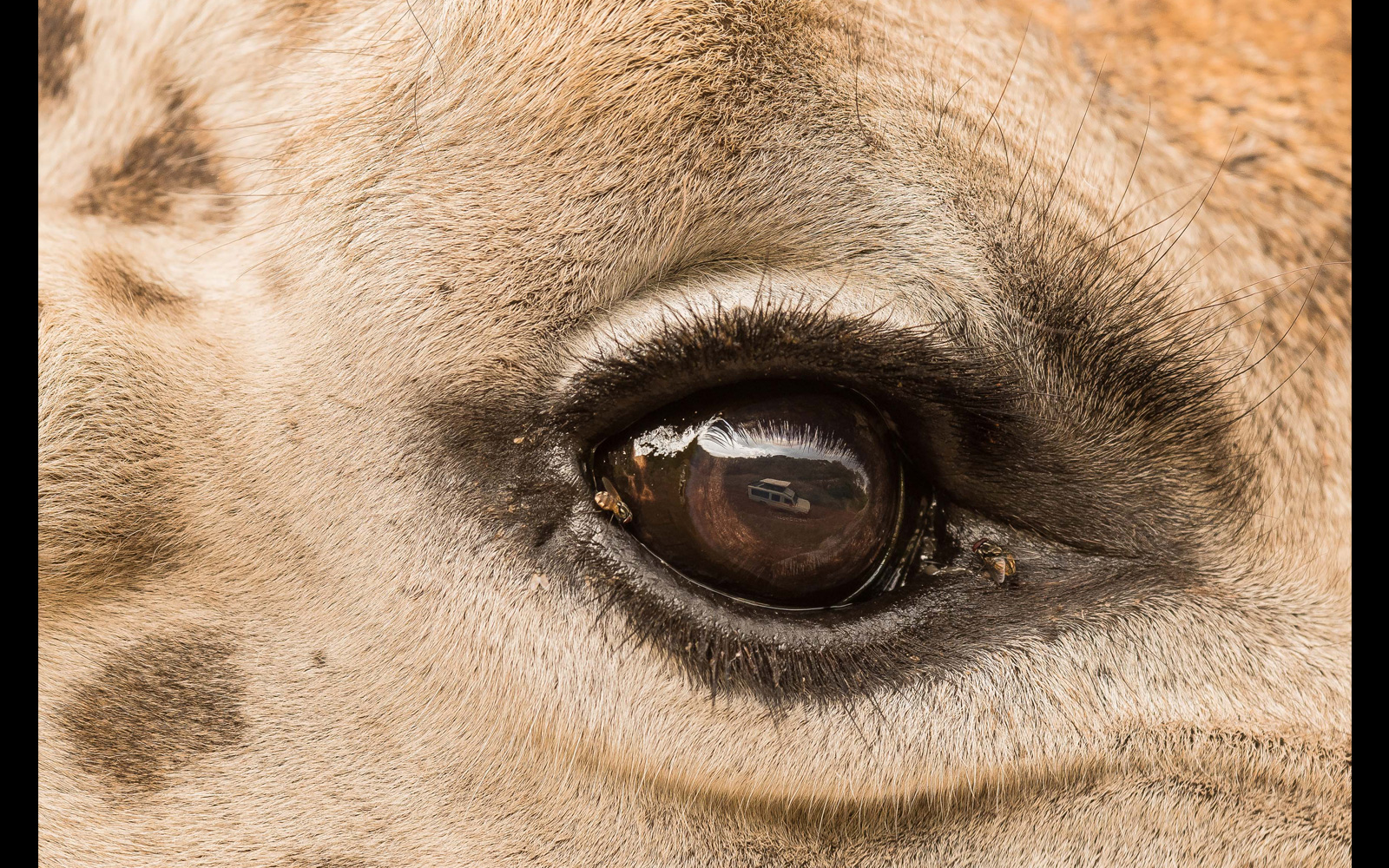 Giraffes have excellent vision, which is important as they need to keep an eye out for predators that may be lurking by, and effectively maintain herd cohesion. 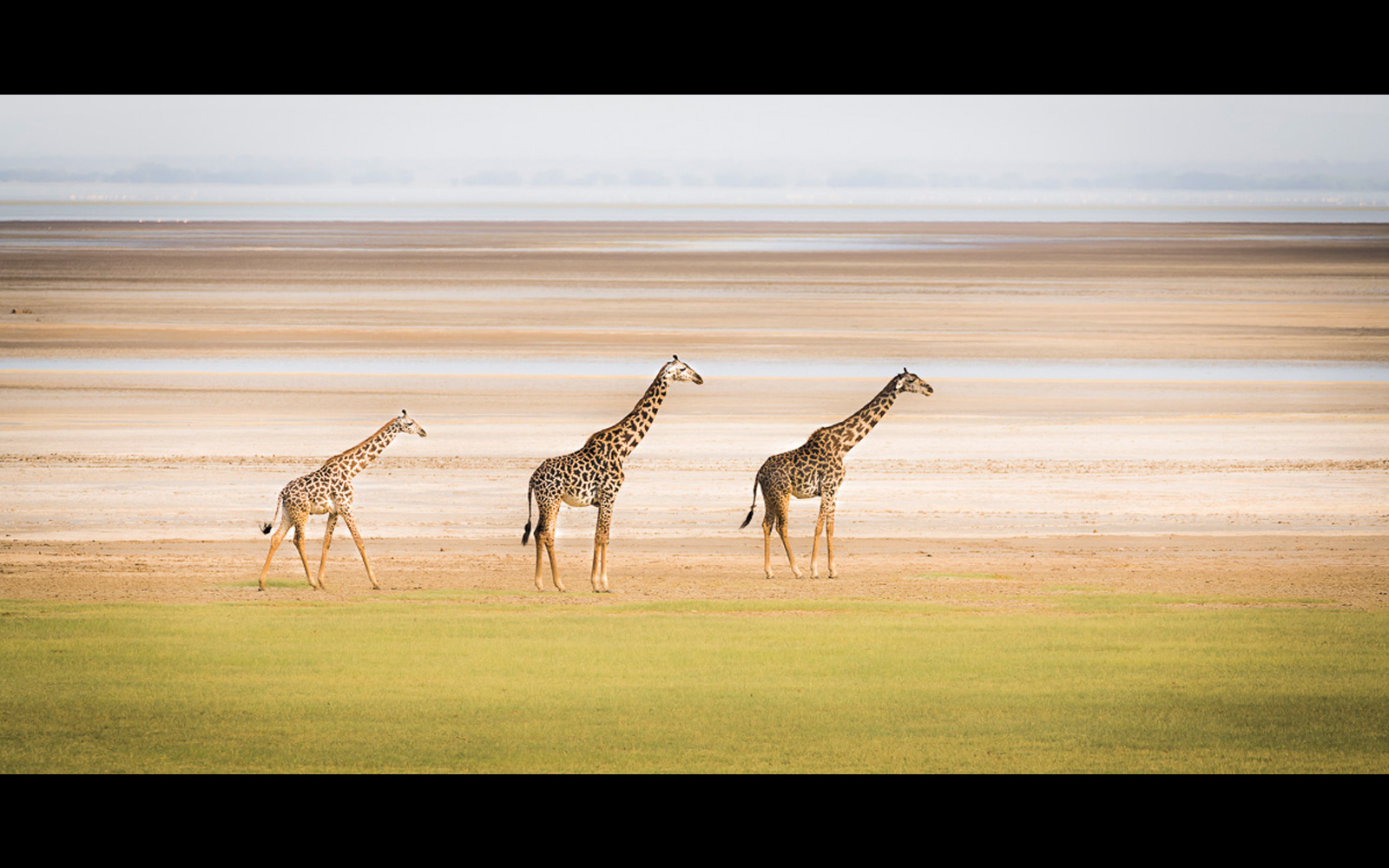 ?  Giraffe walk across the drying lake of Lake Manyara in the Manyara Region, Tanzania © Paul Slyer

Giraffes only drink water every few days, as they get most of their water from the plants they eat. 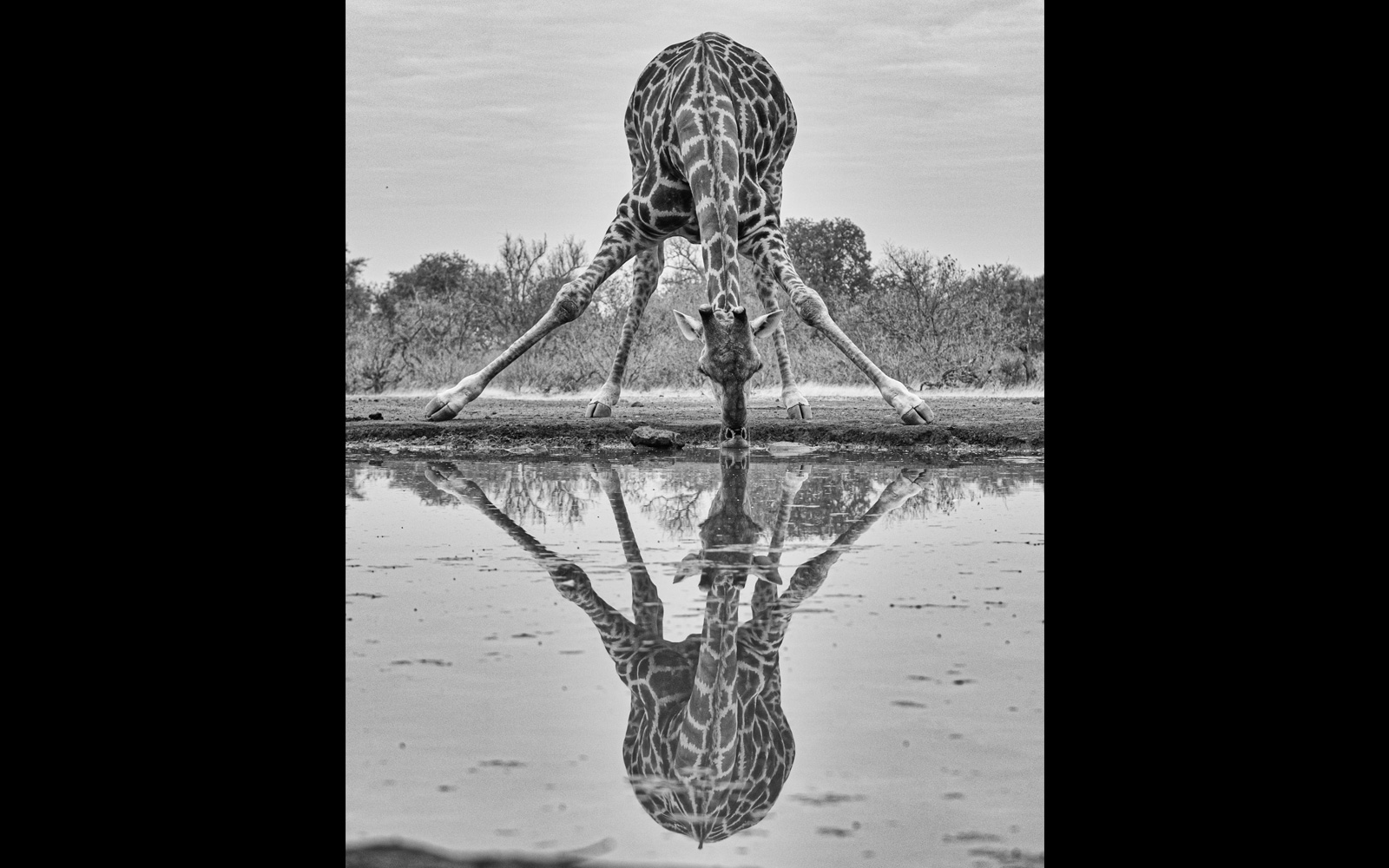 ?  A giraffe drinks at a waterhole in Mashatu Game Reserve, Botswana © Mike Pepe

Although long, their necks are too short to reach the ground. They have to awkwardly splay their front legs apart to be able to drink or investigate anything on the ground. Their jugular veins have a series of one-way valves which prevent them from getting a rush of blood to their brains when they bend down. 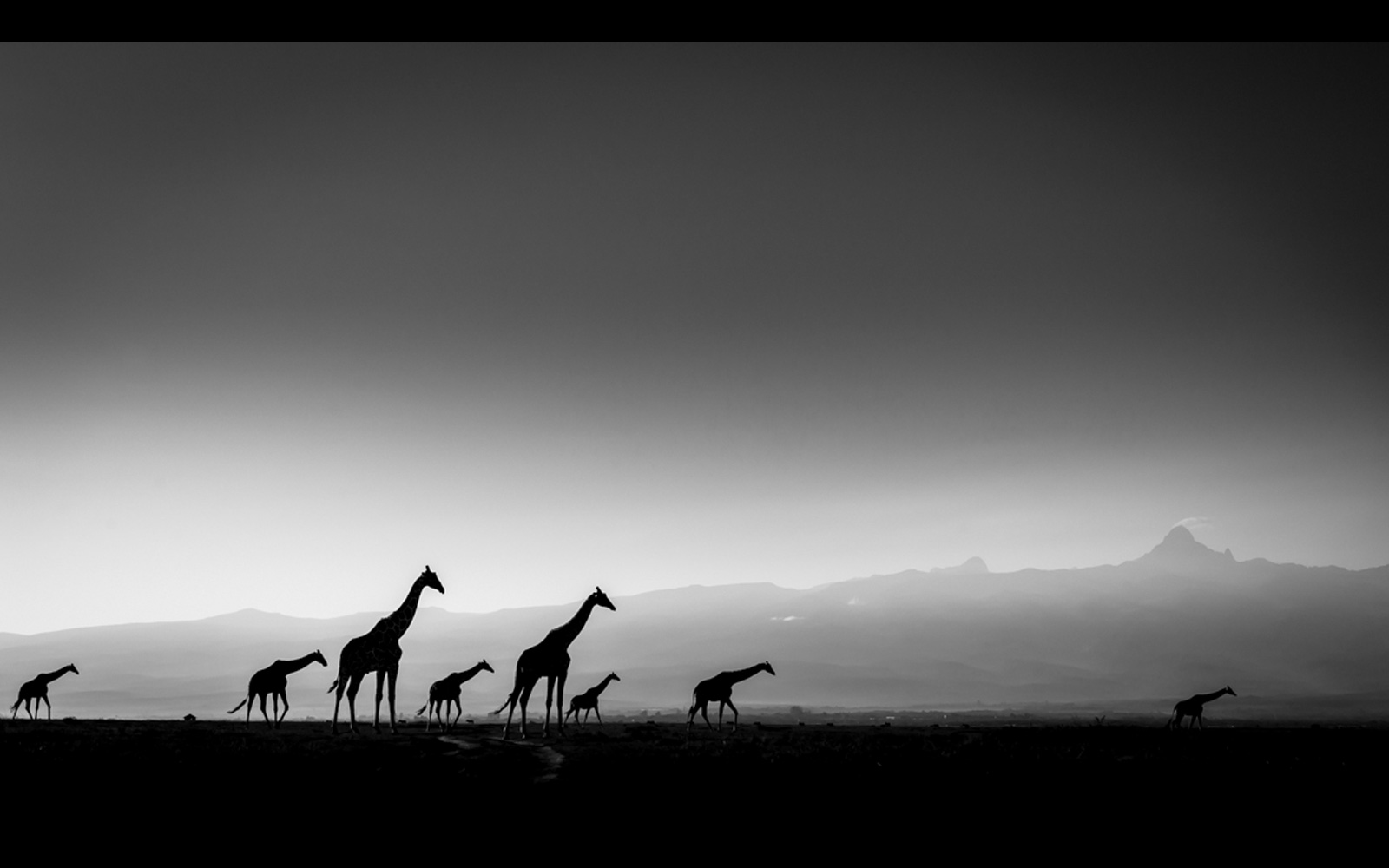 Giraffe’s stand for most of their lives and you won’t often find them lying down. They don’t need a lot of sleep either and seldom sleep for longer than five minutes at a stretch while lying down. Other than that they take short power naps while standing up. 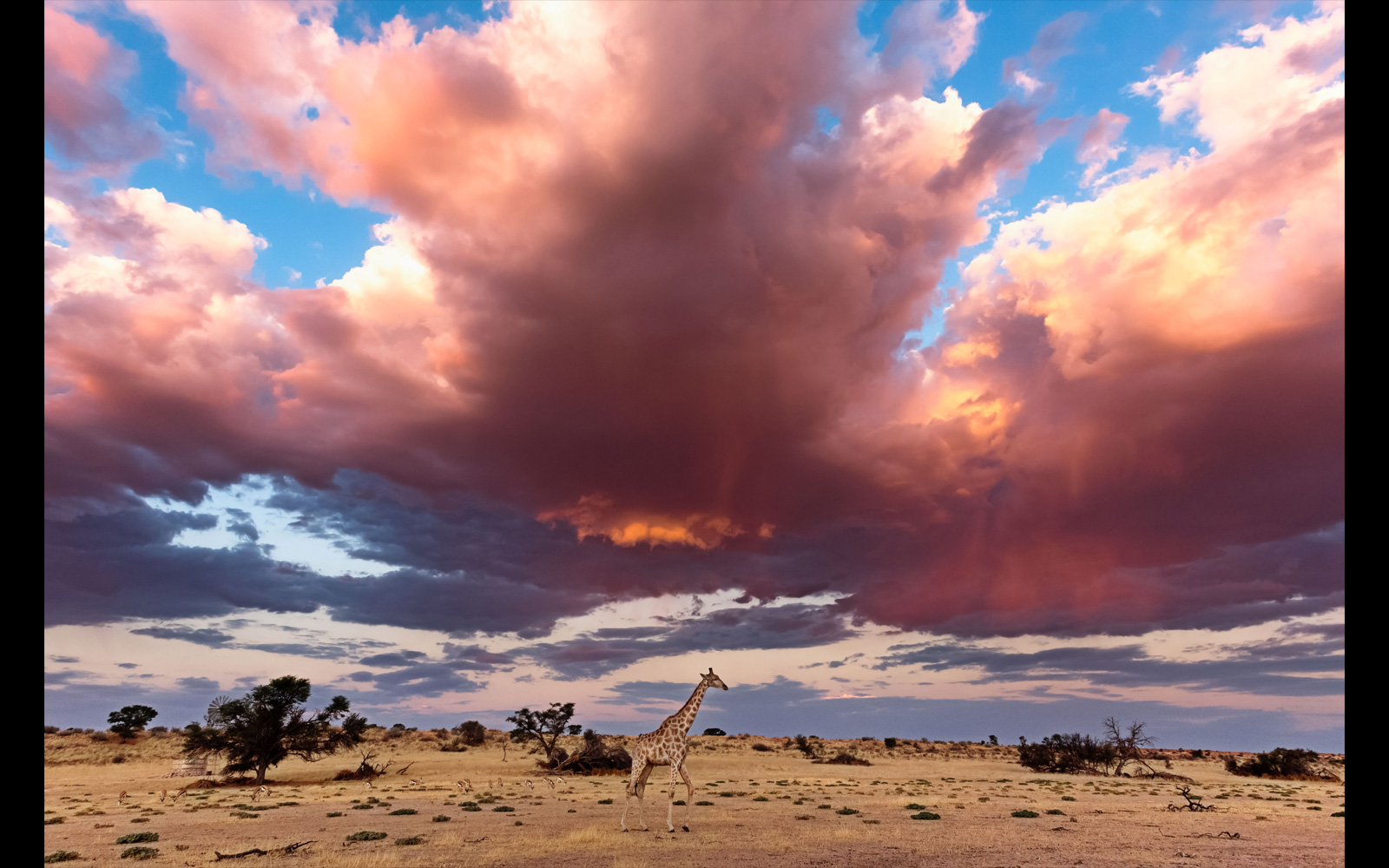 ?  A giraffe walks across the plains under a stormy sky in Kgalagadi Transfrontier Park, South Africa © Linda Oteri

Giraffes have enormous hearts to pump the blood around their extensive circulation system. On average, their hearts are 60cm long and weigh up to 11.5 kg. 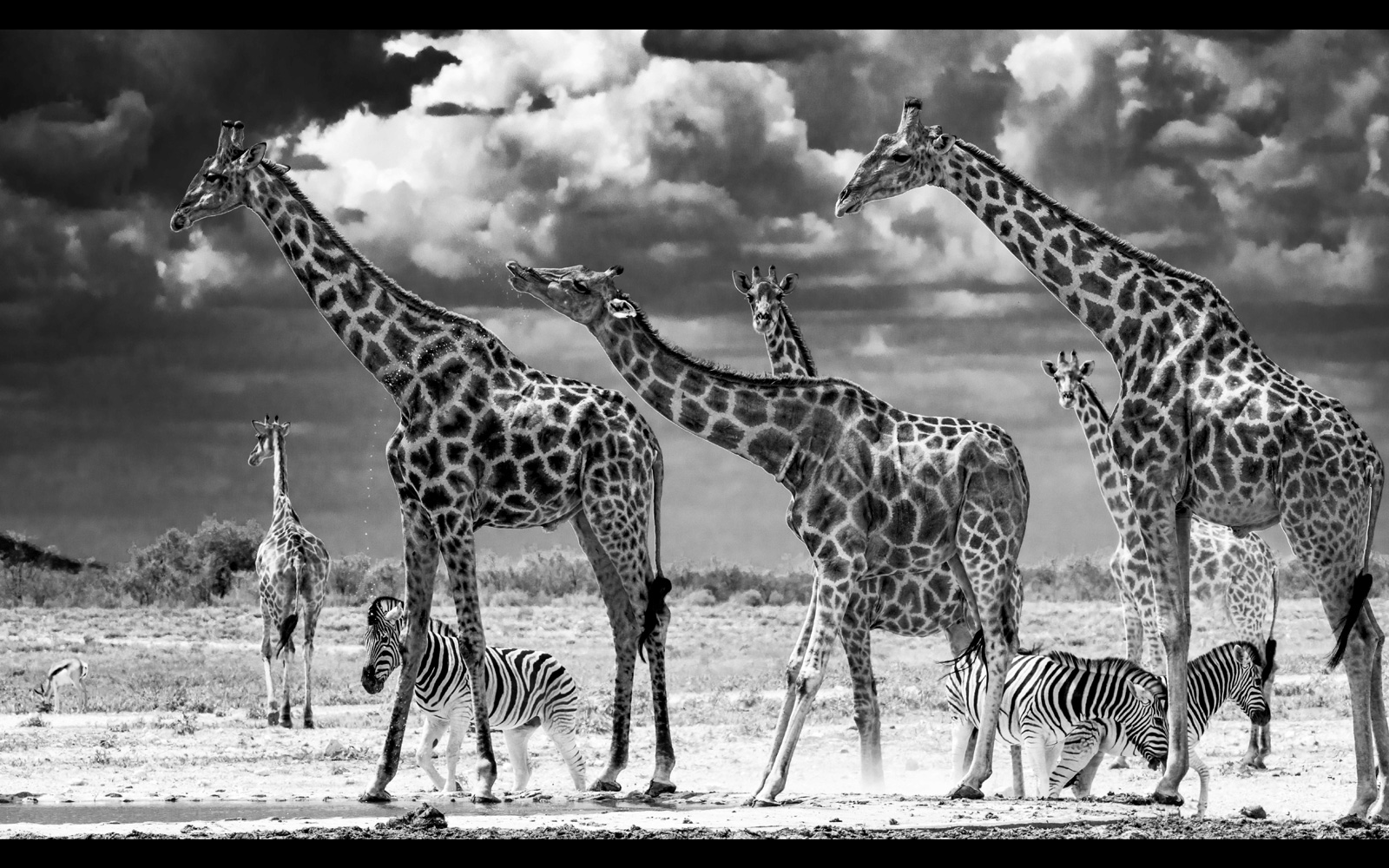 A giraffe’s spots are much like human fingerprints. No two individual giraffes have the same pattern. 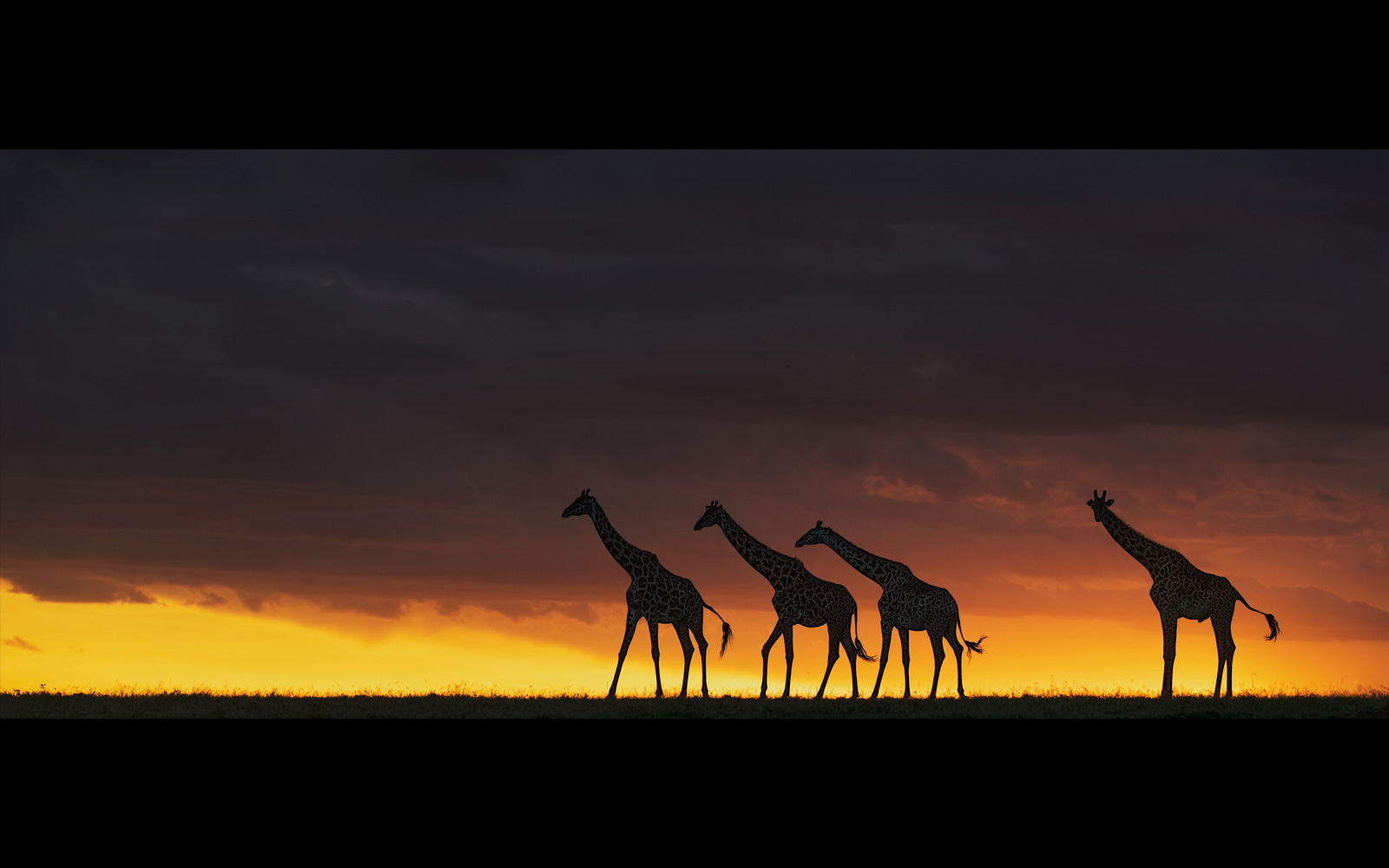 Giraffes can move surprisingly quickly and cover vast distances. They have a comfortable ‘cruising speed’ of 16 kph, but can accelerate to 55 kph when the need arises. 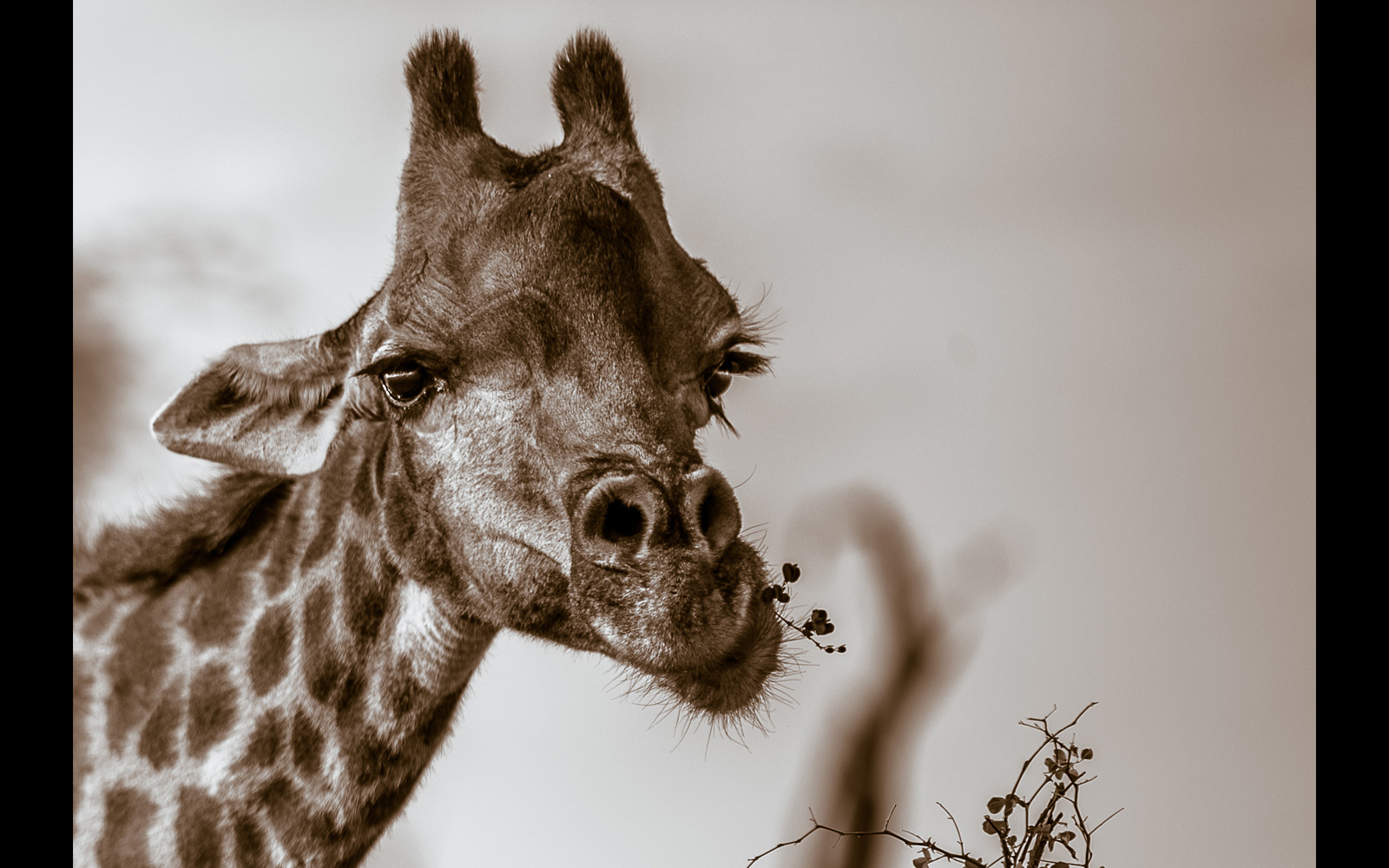 Giraffes primarily eat the leaves and twigs of acacia and mimosa trees. They have a long prehensile tongue, and both the tongue and lips are virtually unaffected by the thorny acacia branches.