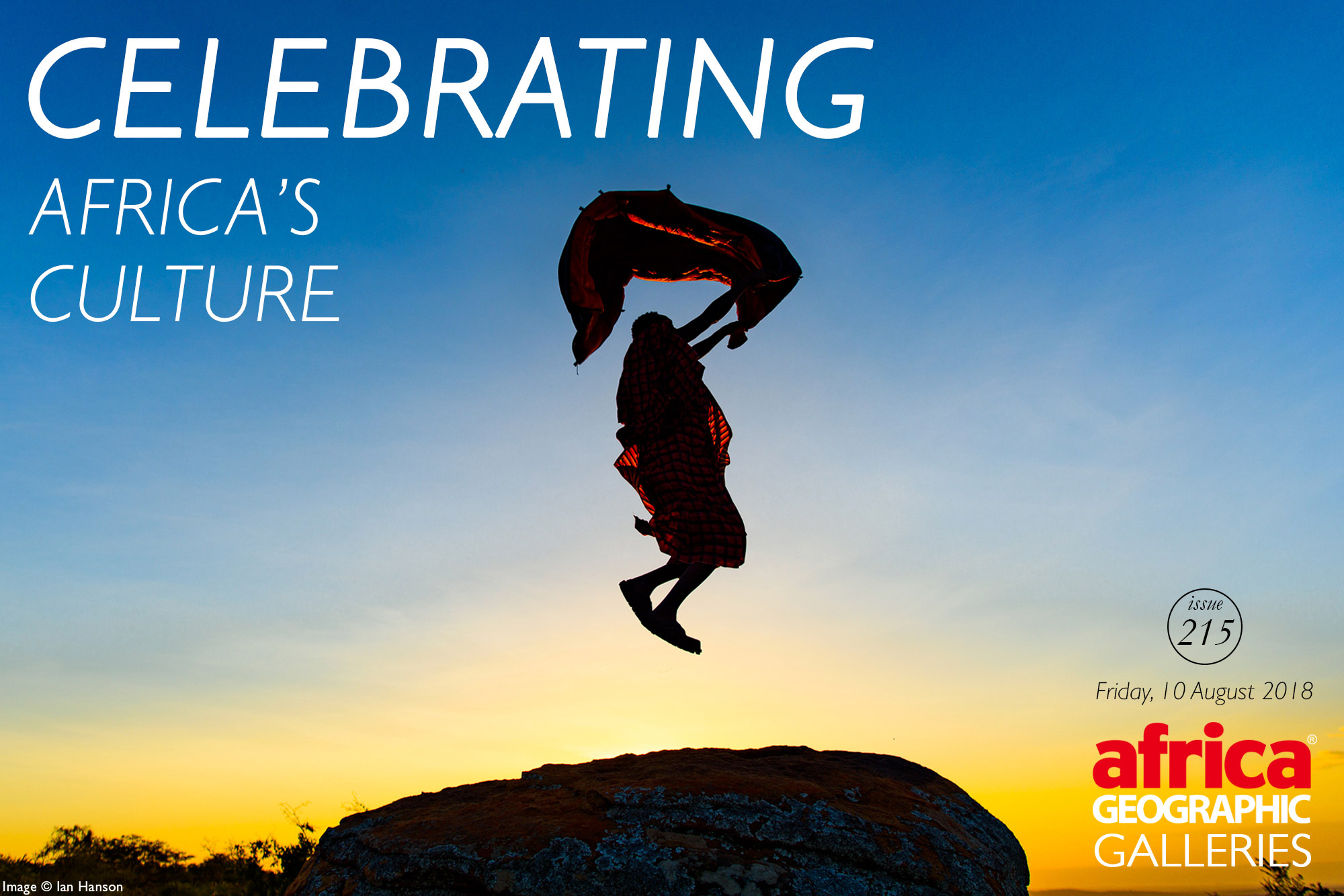 Africa’s culture is rich and diverse and home to many tribes, ethnic and social groups. One of the key features of this culture is the large number of ethnic groups throughout the 54 countries. From the Himba in northern Namibia to the Surma in western Ethiopia, and the Maasai in Kenya and Tanzania, all cultures express themselves through their various traditions that are passed down from one generation to the next – from the arts, crafts, and music, to folklore, clothing, cuisine and language. Discovering the rich and splendid cultures Africa has to offer is usually at the top of anyone’s bucket list when travelling around the continent.
In this gallery, Celebrating Africa’s Culture, we take a look at some of the fascinating people and cultures of Africa through the lens of some incredibly talented photographers who entered our Photographer of the Year 2016, 2017 and 2018 competitions. The photos are accompanied by some interesting facts and thoughts from the photographers themselves. 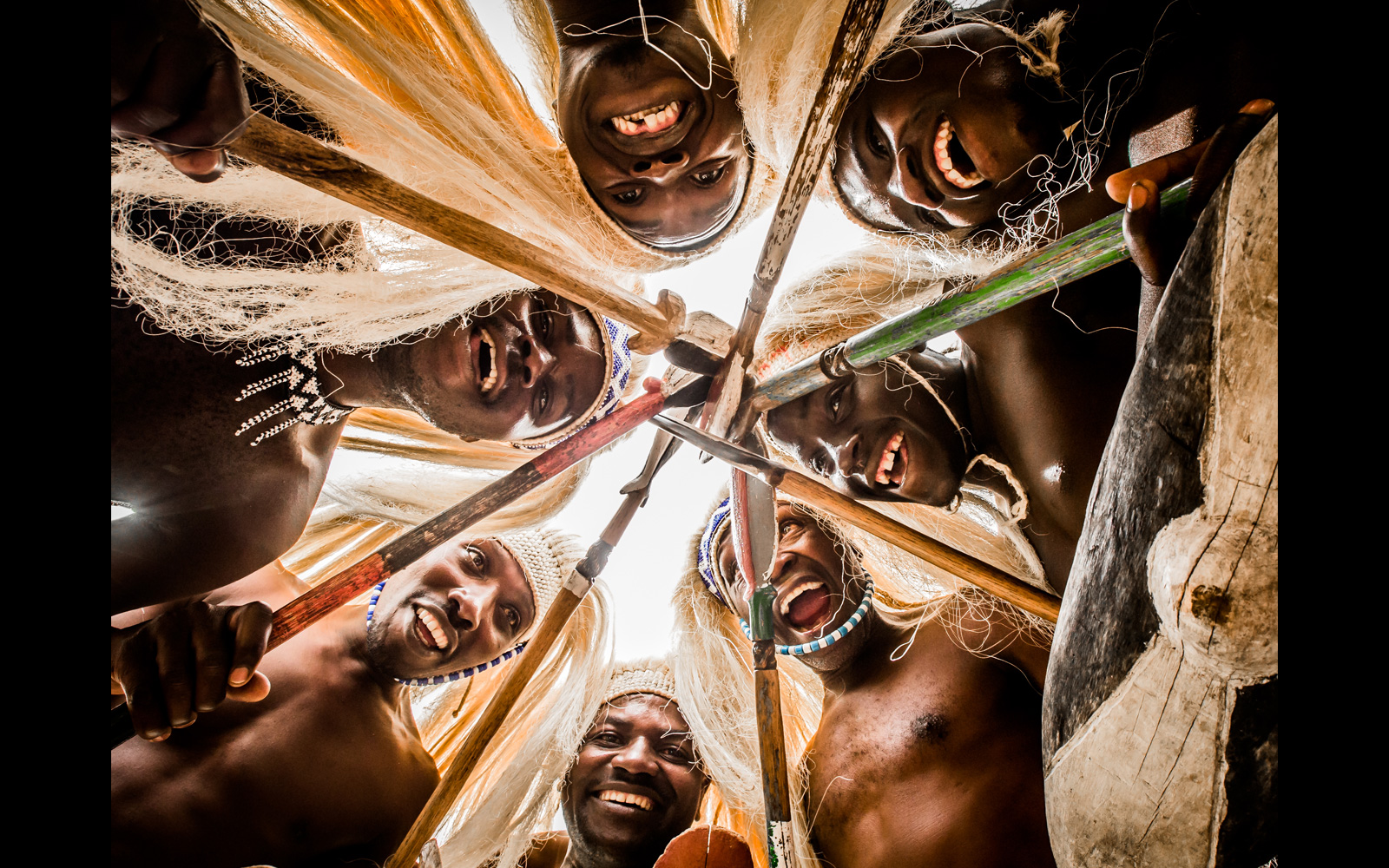 “From a nation that was once so tragically divided, this image to me is a true testimony to the power of forgiveness.” ~ Nelis Wolmarans 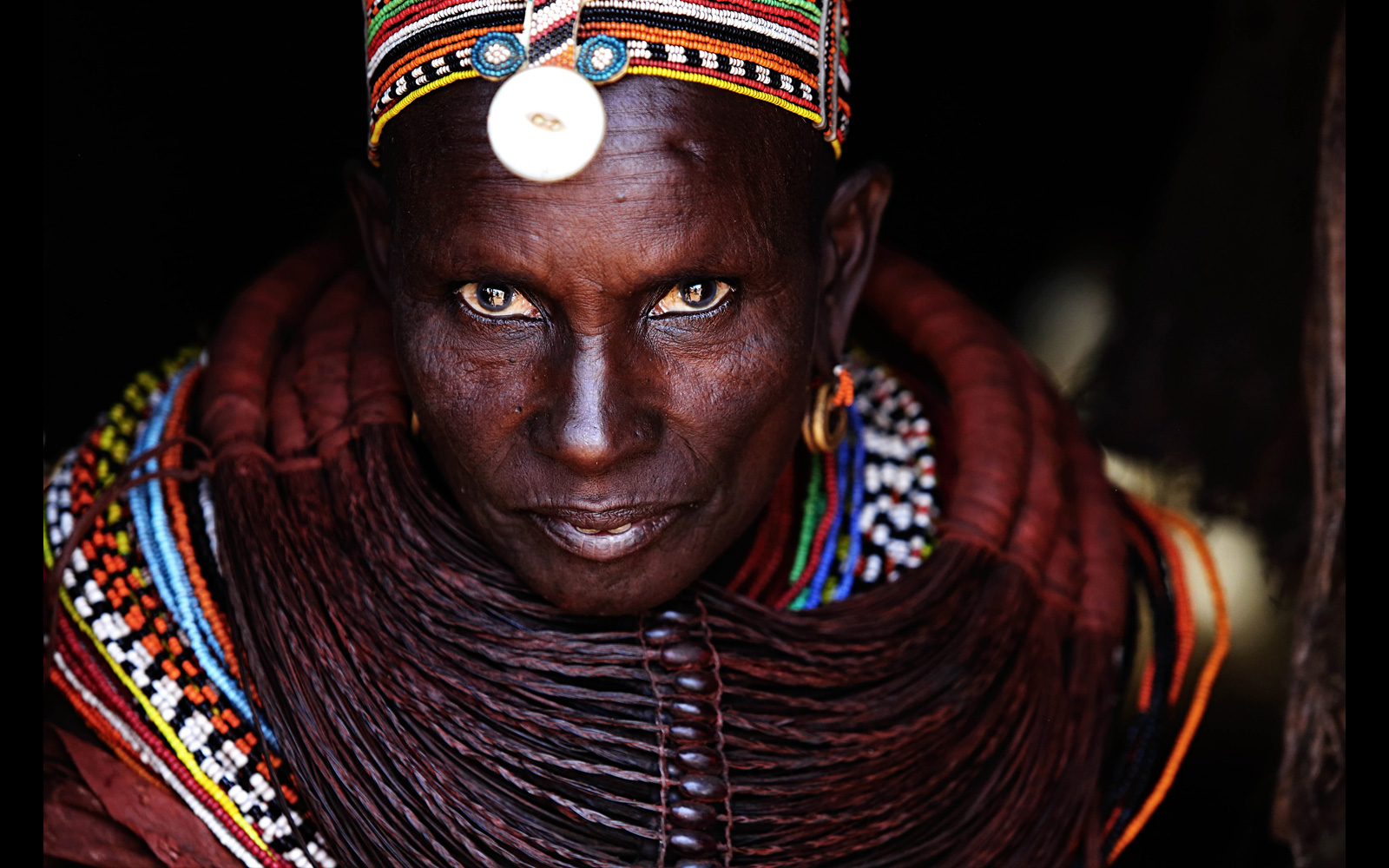 ?  Portrait of a Samburu woman in northern Kenya © Vedran Vidak (Photographer of the Year 2018 Finalist)

“I captured this Samburu woman’s portrait during my visit to their tribe while I was working on a well digging project to help supply water for the people who live there. While I was walking through the village, I saw this woman who was sitting at the entrance to a house. Our eyes met, and I was fascinated with her gaze and the energy which exuded from her.” ~ Vedran Vidak 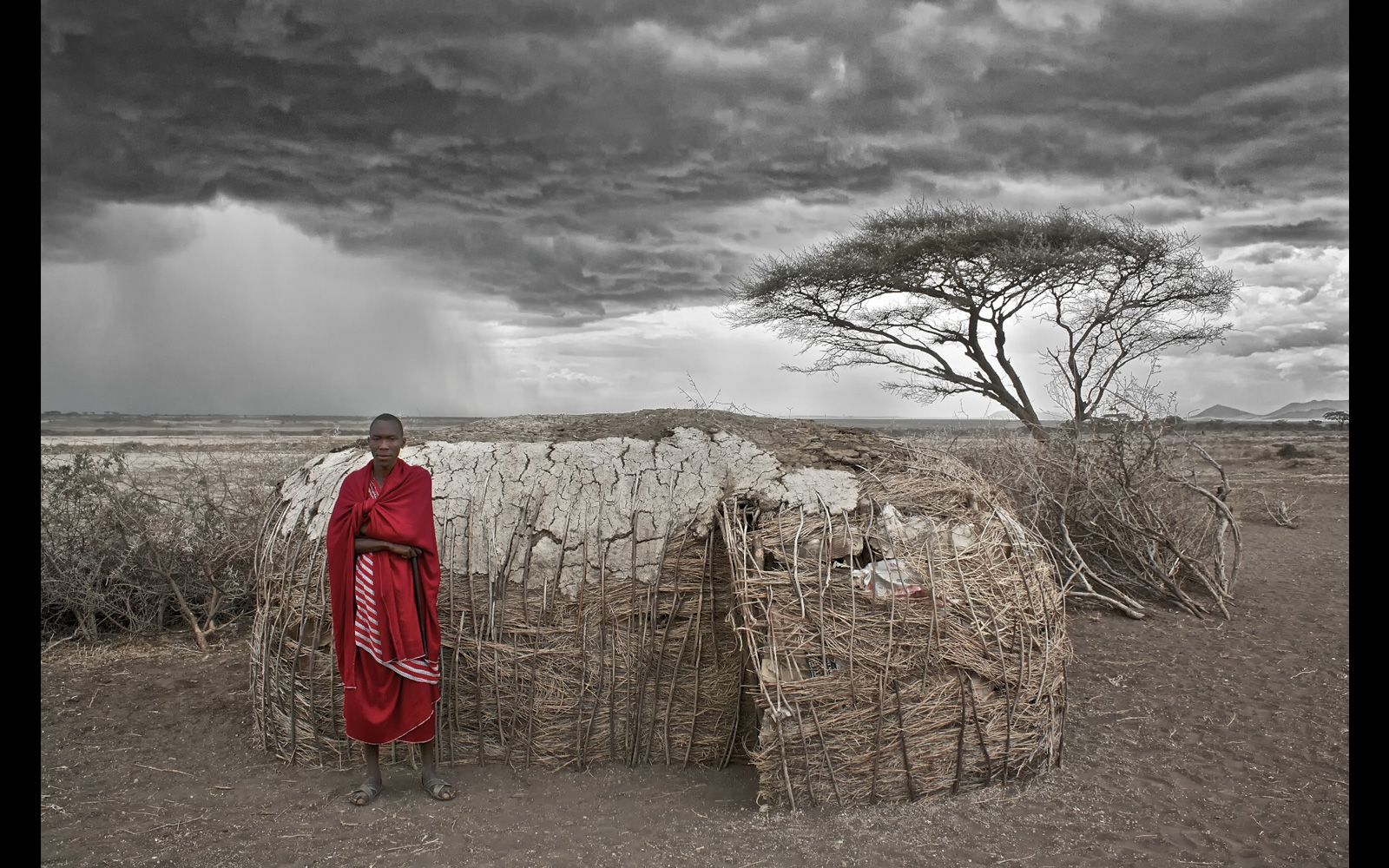 ?  A proud Maasai warrior stands by his hut as a summer storm brews on the outskirts of the Serengeti National Park, Tanzania © Andrew MacDonald (Photographer of the Year 2016 entrant)

The Maasai lead a semi-nomadic life, so their houses or inkajijik (Maasai word for house) are loosely constructed and semi-permanent. They are usually small, either circular or loaf-shaped, and are built by the women using mud, sticks, grass and cow dung. 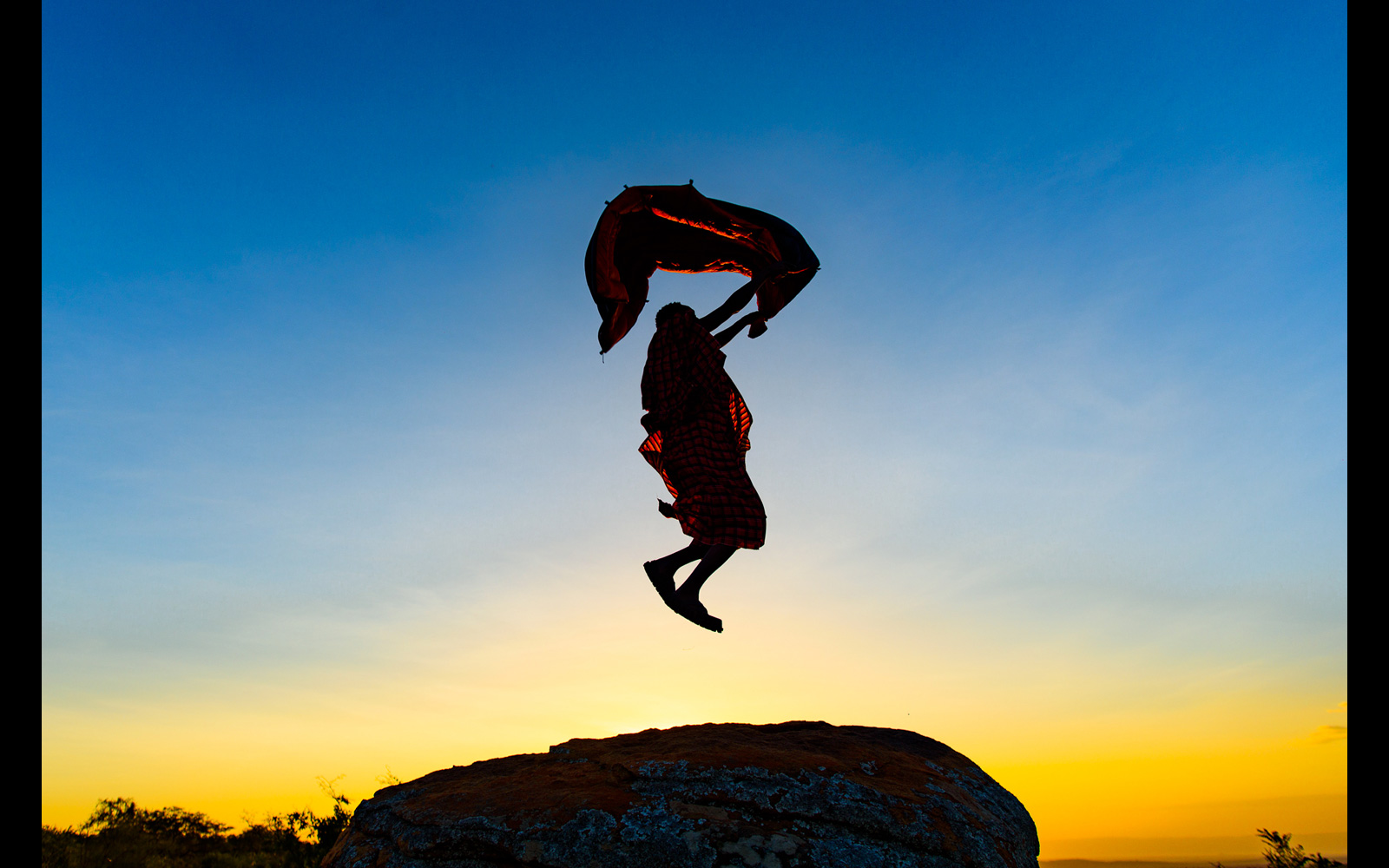 “I stayed with the Maasai warriors for a week, and this man was my guide the entire time. He named the animals when I asked. He brought meds when I got sick. He drove the motorcycle when we needed to be somewhere. And when I approached him about an epic sunset photo… he jumped at the chance.” ~ Ian Hanson 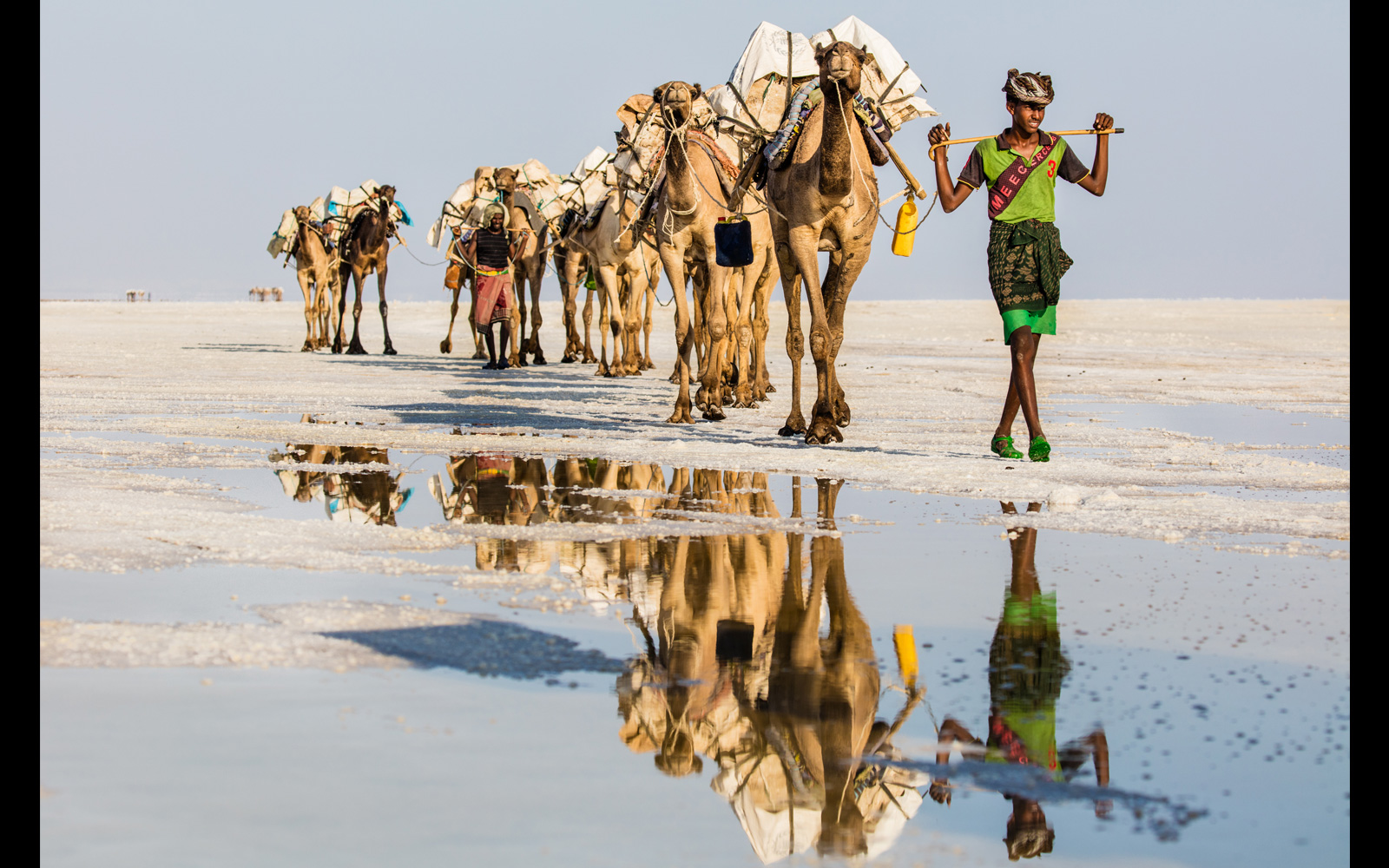 “The Danakil Depression is one of the planet’s most inhospitable places; located in Ethiopia’s Afar region at more than 100 metres below sea level, it is the world’s hottest inhabited place, with temperatures rarely dropping below 40°C in winter and often soaring above 50°C in summer. Shade on the salt lakes is non-existent, the work physically exhausting, and the pay low. Once the salt has been mined, it is transported out on the backs of camels in long caravans.” ~ Marcus Westberg 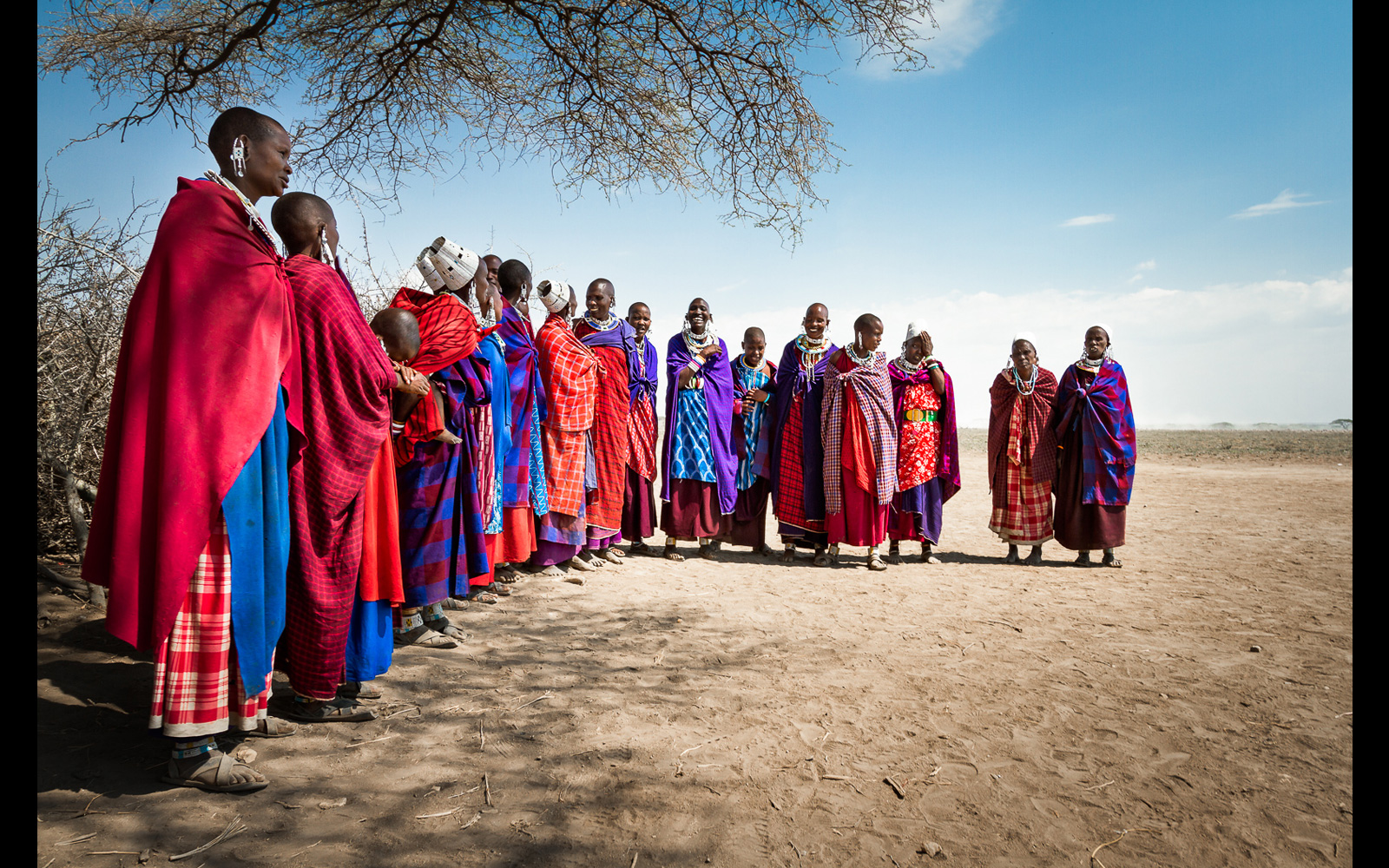 The Maasai dress typically consists of red shuka (the Maa word for sheets traditionally worn wrapped around the body), adorned with beaded jewellery placed around the neck and arms. These are worn by both men and women and may vary in colour depending on the occasion. 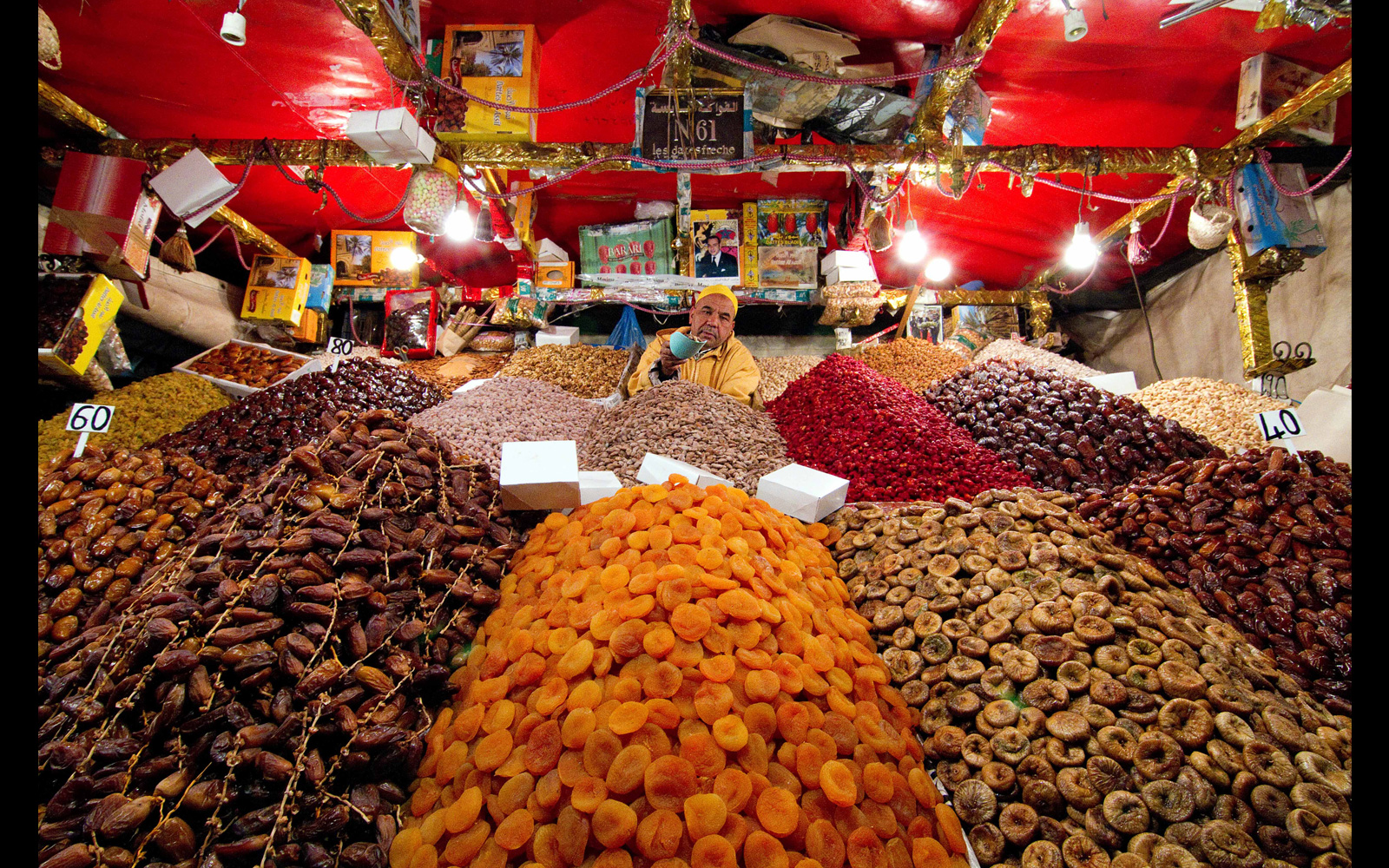 ?  A food stall in the busy square of Jemaa el-Fna in Marrakesh, Morocco © Miguel De Freitas (Photographer of the Year 2018 Finalist)

“I was walking around the Jemaa el-Fna square in Marrakech, looking for photo opportunities when this stall caught my attention. The meticulous manner in which it was laid out and the pride the owner had in the display was something I just had to photograph. Asking for permission to take one quick snap, this stall owner accepted, even lifting a sample of his produce to get a better view. One shot was all he gave me time for as it was quickly back to business. I was glad about the way the image came out with its beautiful vibrant colours.” ~ Miguel De Freitas 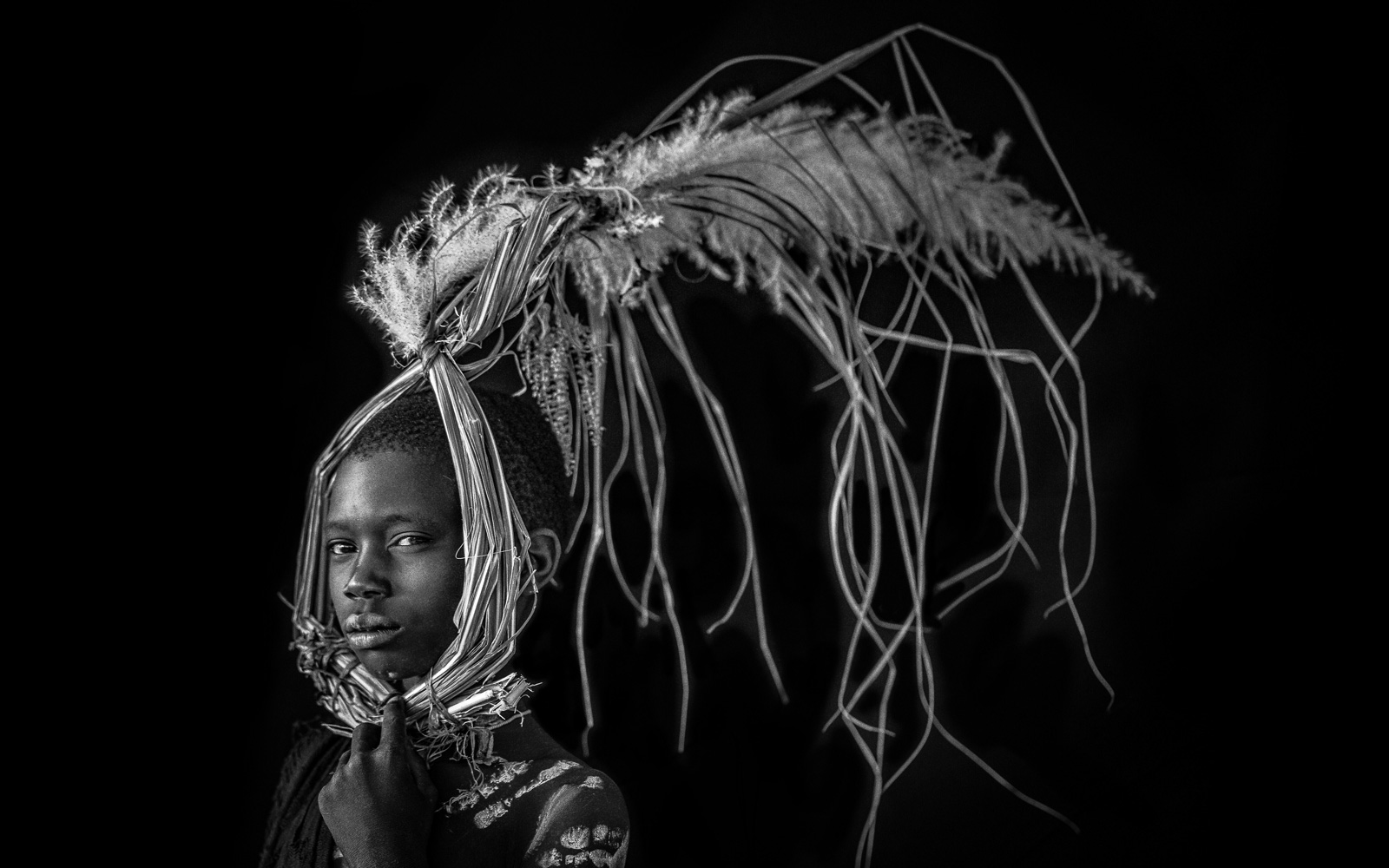 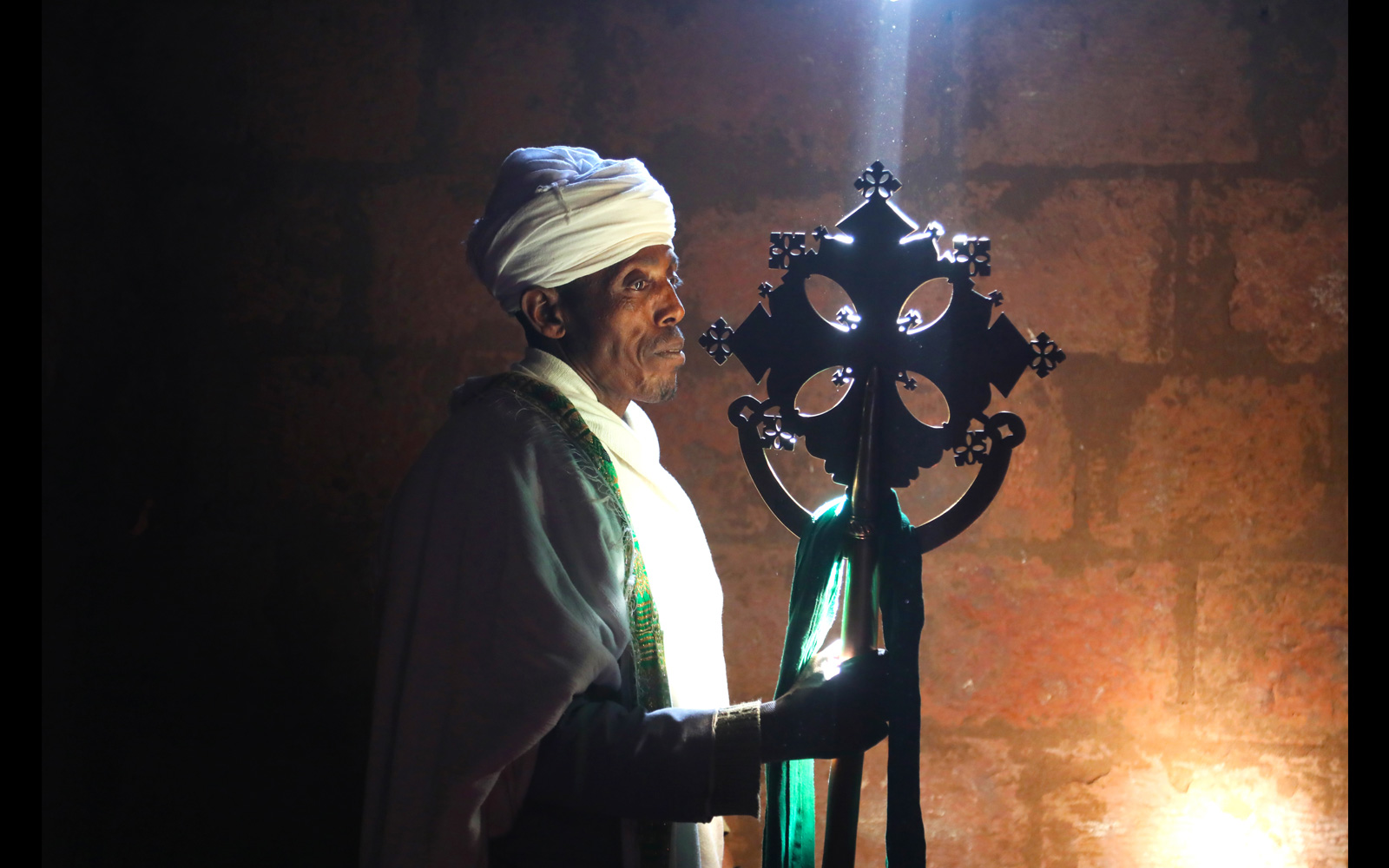 ?  Father Abebe Sisay with his crucifix in Lalibela, Ethiopia © Inger Vandyke (Photographer of the Year 2017 Top 101)

“In the late afternoon sun at Lalibela, Father Abebe Sisay holds one of the ornate crucifixes of his church towards the light from the window. This image is the result of careful timing at Lalibela for the sun only shines through this particular window at a certain time of the day.” ~ Inger Vandyke 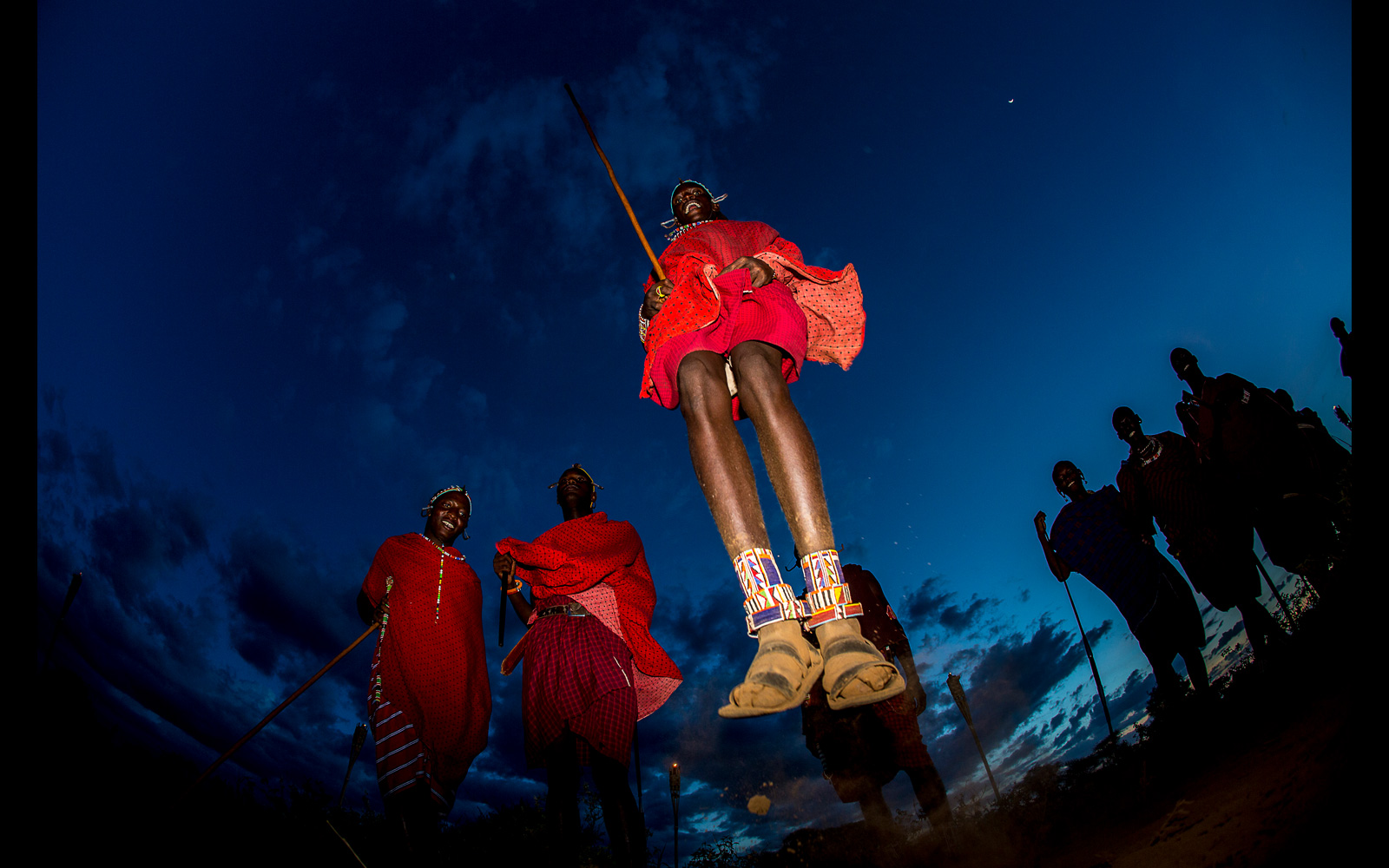 ?  “To dance with the Maasai” in Kenya © Andrew Aveley (Photographer of the Year 2017 Semi-finalist)

“The intensity with which a Maasai warrior dances is incredible to watch as they enter a trans-like state, the rhythmical jumping and slow drowning hum of the singing makes for a mesmerising show. I lay flat on my back, mere centimetres from the pounding feet of this warrior to capture a unique point of view to enhance the intensity of the leaps he was making.” ~ Andrew Aveley 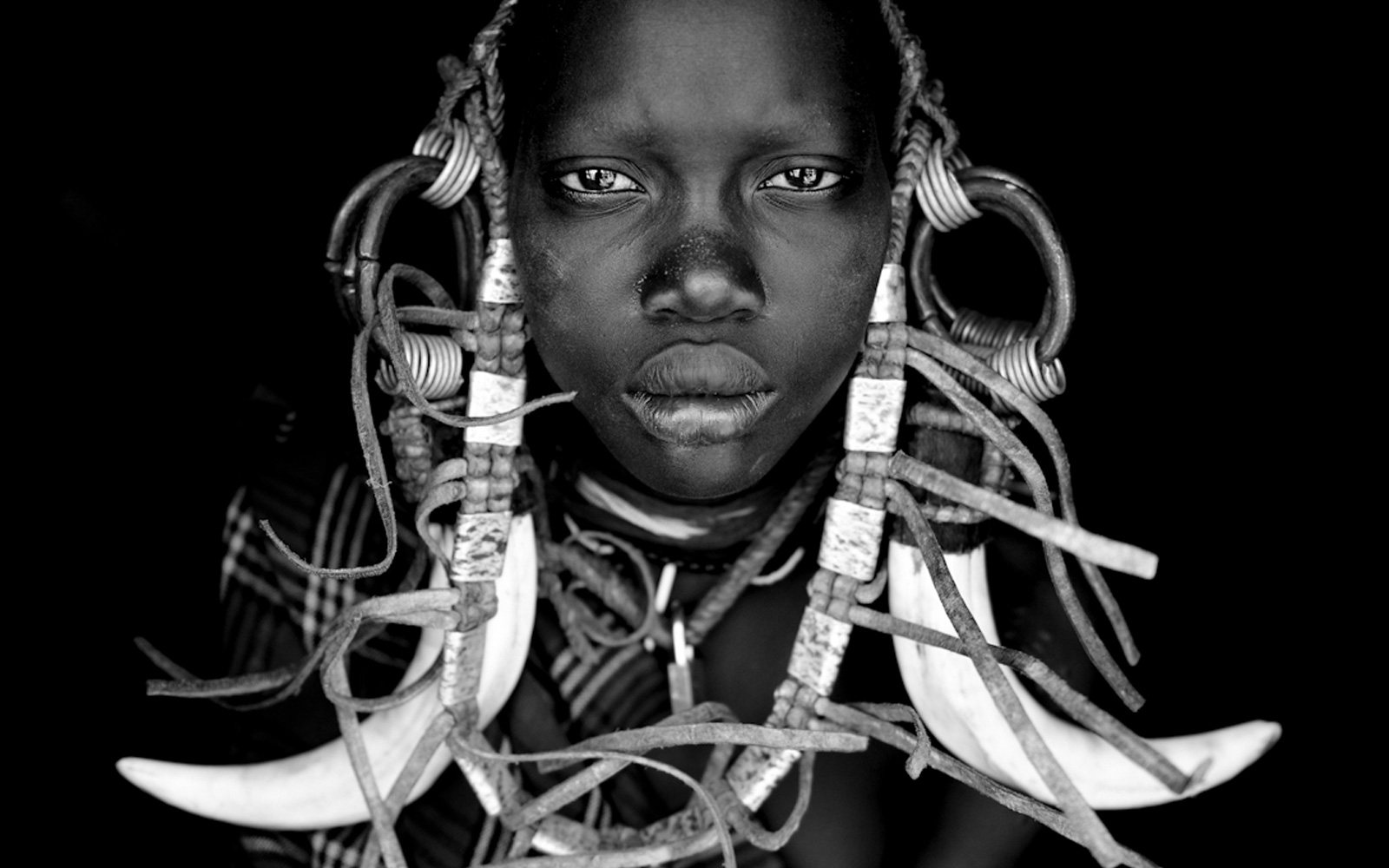 “In southern Ethiopia, in the Omo Valley region, there live various tribes, including some of the most striking and surprising in Africa. Just looking at their eyes, you can sense their pride and dignity in belonging to their people, their culture, their land.” ~ Enrique Lopez-Tapia 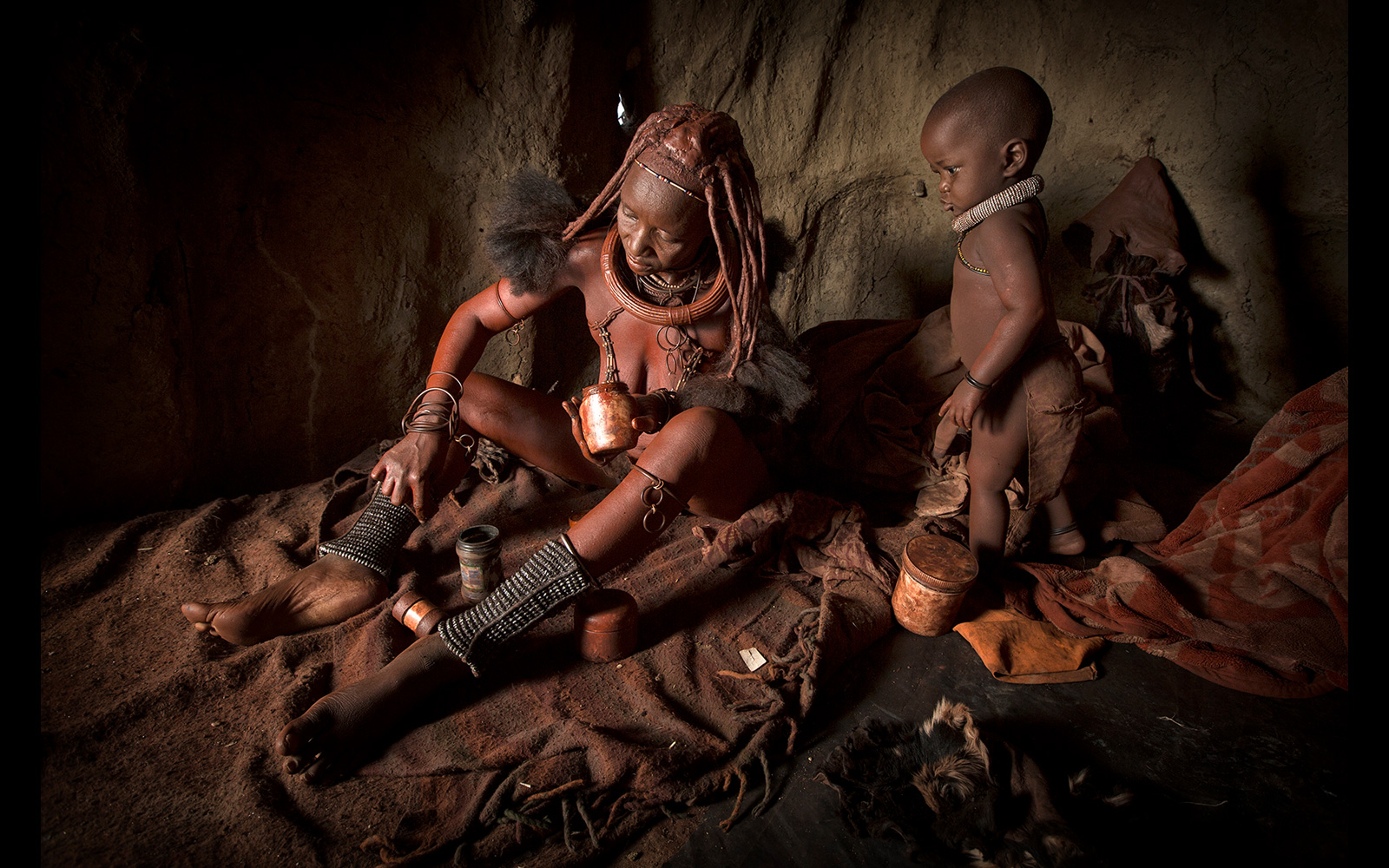 “Each morning the Himba women in Otjimazeva Village in Namibia undertake a lengthy beauty regime, whereby they crush small stones of ochre (a natural clay earth pigment) into a fine powder before adding it to a butterfat mixture to apply to their bodies.” ~ Ben McRae 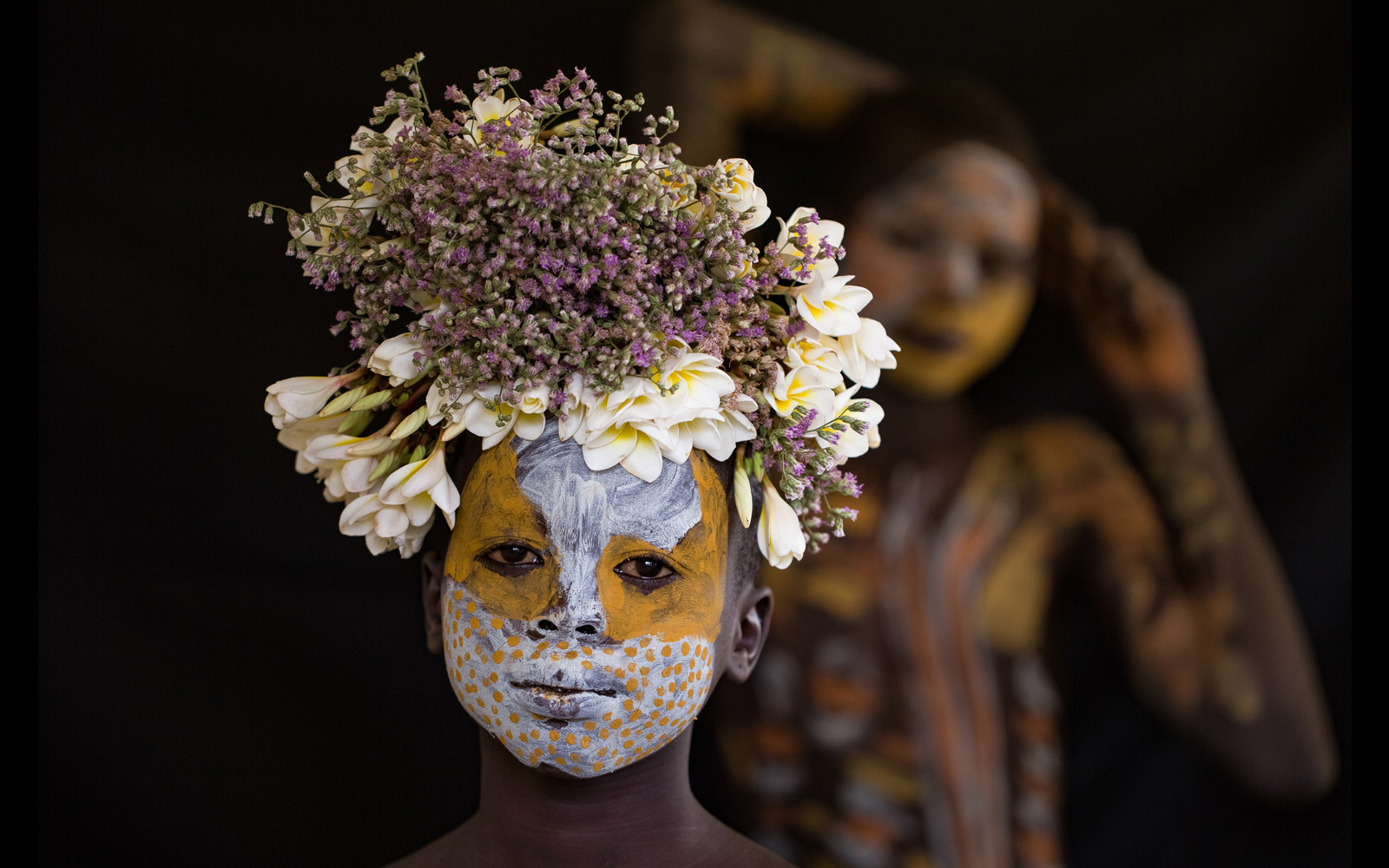 ?  As beautiful as a bumblebee in Omo Valley, Ethiopia © Robin Yong (Photographer of the Year 2017 Top 101)

“The Surma tribe of the Omo Valley in Ethiopia – a place where humankind probably began. The children and teenagers appear innocent and beautiful, with their ornate body paintwork and exotic head decorations made of flowers. This is the original and most beautiful place of tribal fashion.” ~ Robin Yong