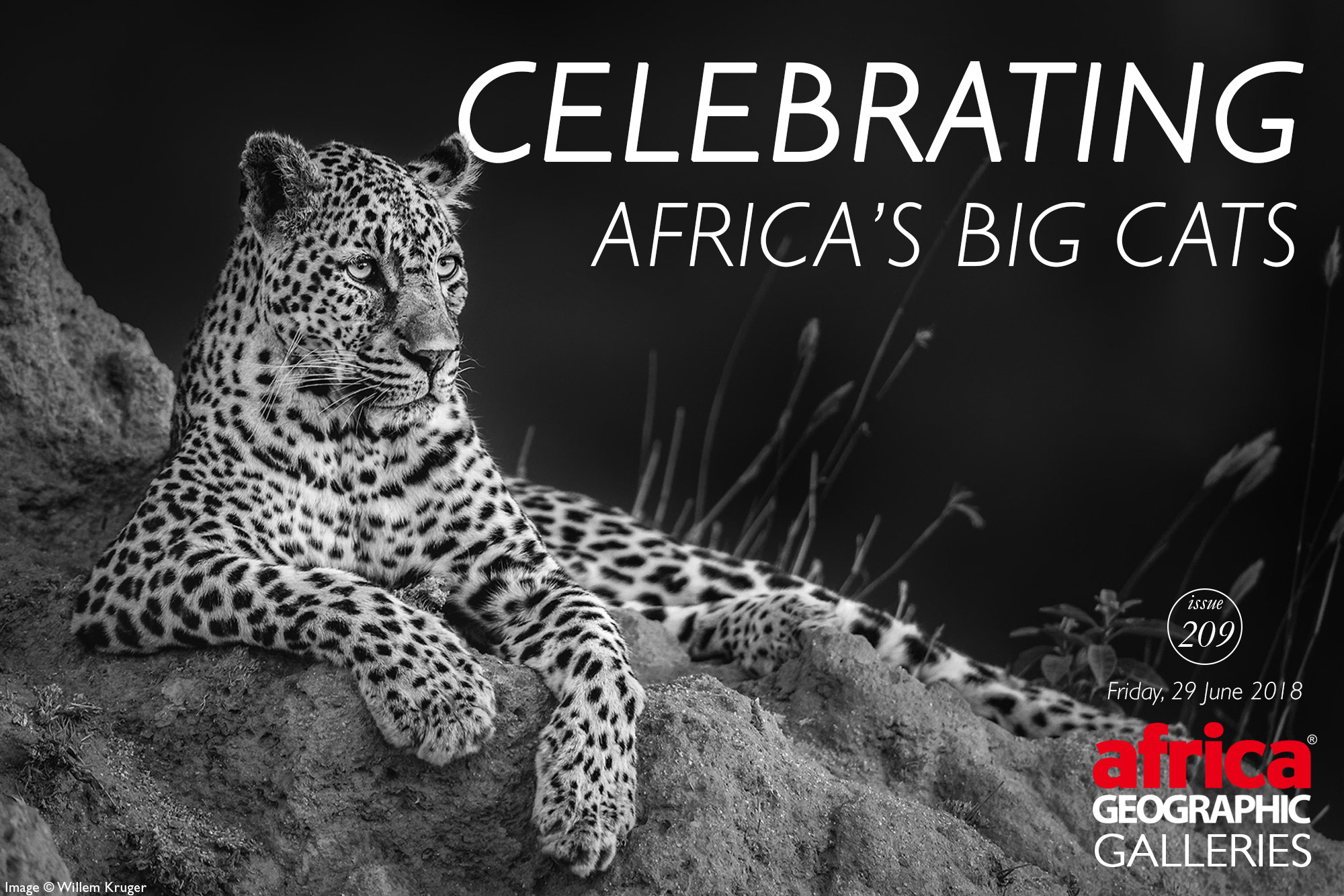 When you think of Africa’s iconic big cats, three species immediately come to mind: the lion, leopard and cheetah.
The lion (Panthera leo) was once described in Samuel Johnson’s Dictionary of the English Language (1755) as “the fiercest and most magnanimous of the four-footed beasts”. This rings true with these magnificent felines!
Then there is the leopard (Panthera pardus), considered to be an elegant and powerfully-built predator. It is the most secretive and elusive big cat, and arguably one of the most beautiful members of the entire Panthera genus.
And let’s not forget the cheetah (Acinonyx jubatus). Built for speed, this sleek and beautiful cat has one of the most prominent, distinguishing features that makes it easily identifiable in the wild: dark ‘tear marks’ which run from the corner of its eyes down the sides of the nose to its mouth.
These three magnificent feline species are now celebrated in this gallery, comprising of a selection of stunning photos, along with some interesting facts. And they’re not just any photos, they’re some of the special photos submitted during our Photographer of the Year 2017 and 2018 competitions. 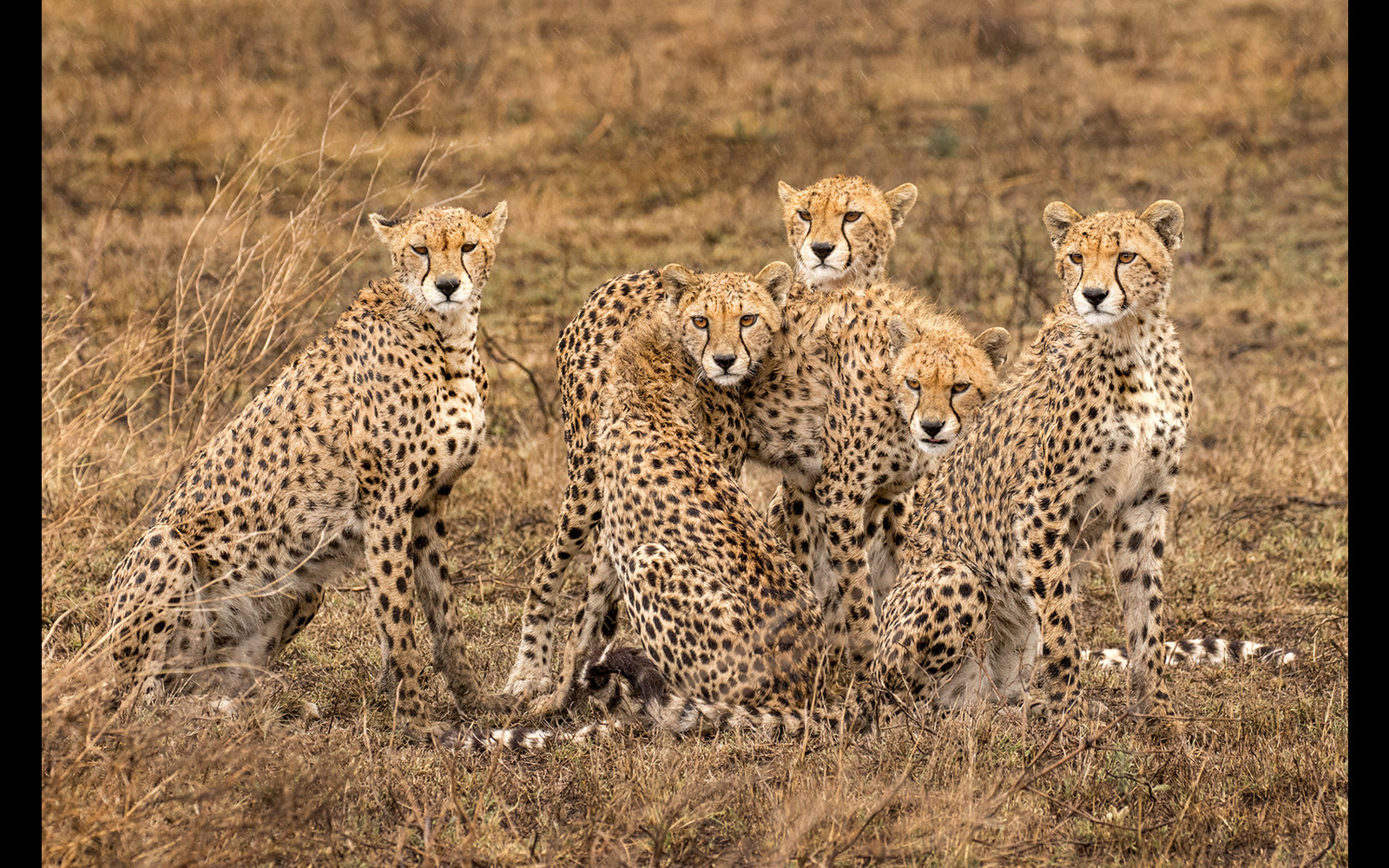 The cheetah’s social system of solitary females and social males is unique among cats. Females raise their cubs on their own, teaching them a variety of survival skills. At around 18 months, the mother leaves the cubs, who then form a sibling group which can stay together for up to six months. By two years old, the female cheetahs leave the group, while the males often remain together for life. The males usually form small coalitions of between four and six cheetahs that can include unrelated males.

African lions have a wide habitat and can live almost everywhere – from open woodlands, thick bush, scrub and grass complexes, even penetrating deep into deserts along watercourses – though don’t expect to find them in rainforests. Globally, lions exist in Asia and sub-Saharan Africa, though history shows that a long time ago, lions also inhabited parts of southwest Asia and north Africa. 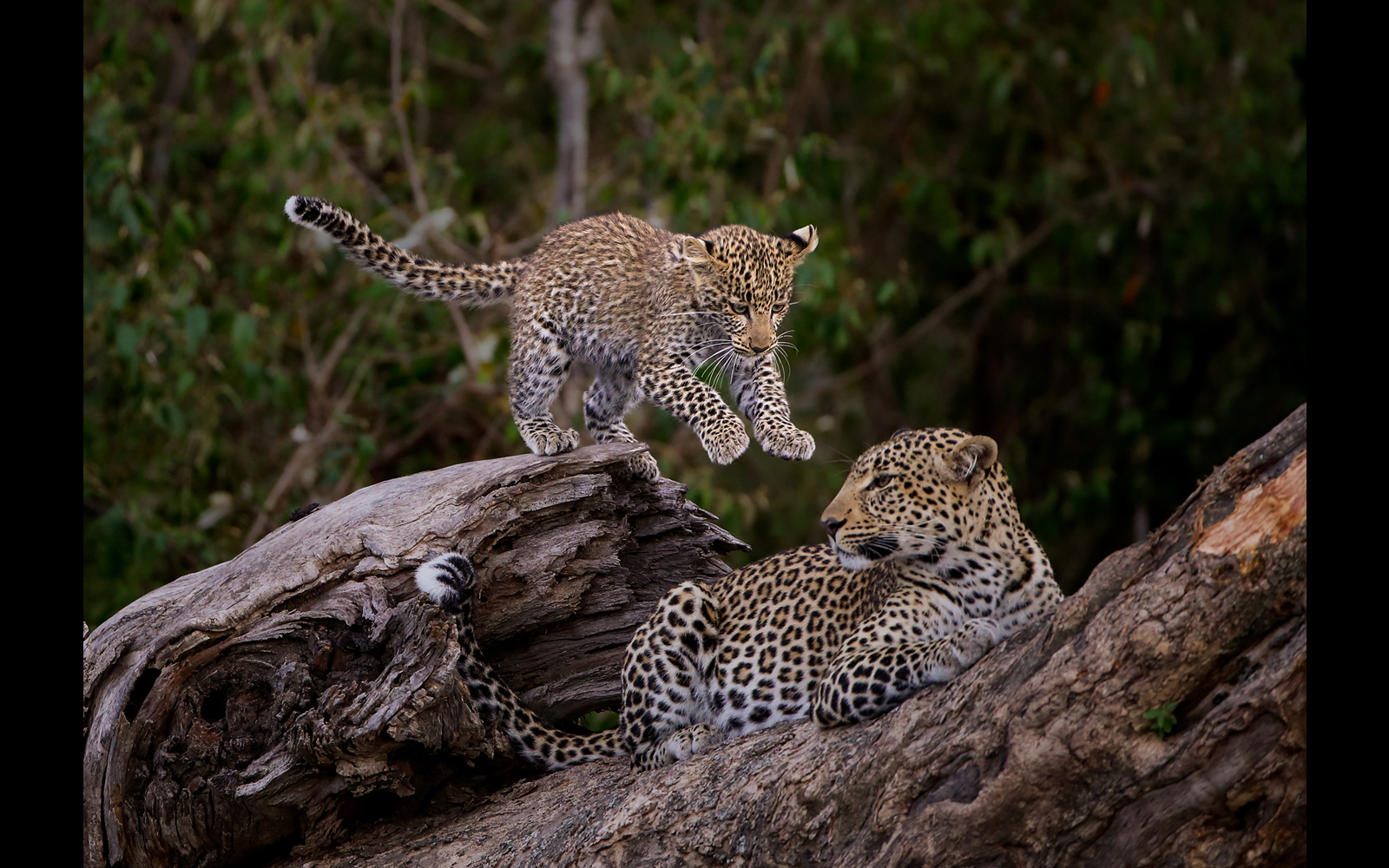 ?  A leopard cub about to surprise mum in Olare Motorogi Conservancy, Kenya © Andy Howe (Photographer of the Year 2018 entrant)

Leopards are spectacular hunters! Not only are they quite fast and can run up to 58km/h, but are also famous for their incredible agility and strength to climb trees while dragging a kill that is sometimes heavier than their body weight. 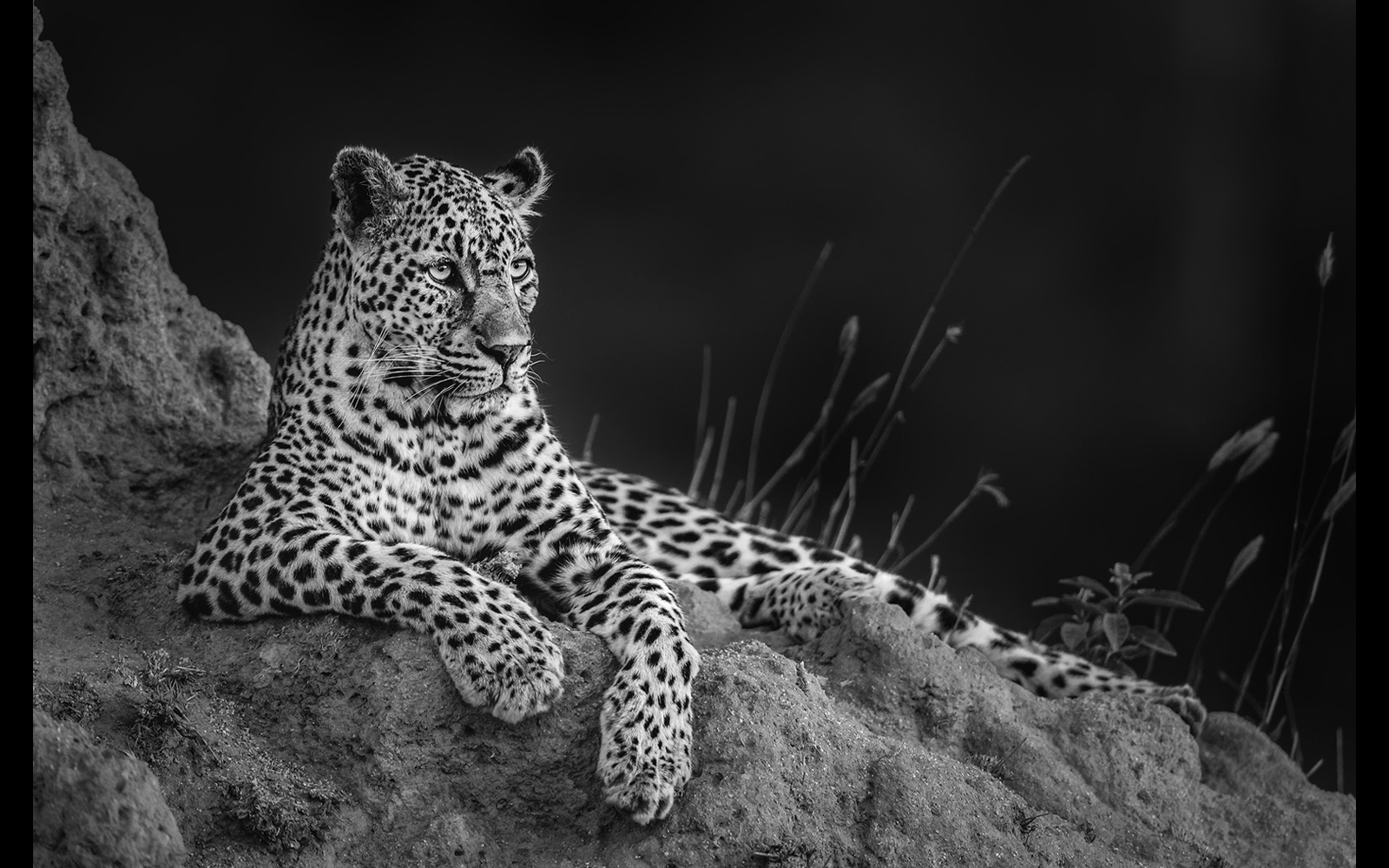 ?  A leopard rests on top of a termite mound in Londolozi Private Game Reserve, South Africa © Willem Kruger (Photographer of the Year 2018 entrant)

To recognise a male from a female leopard, take a look at the difference in size. Males are usually much larger and stockier and have a significantly bigger head and paws compared to females. Male bushveld leopards can weigh up to 90kgs, with females around 60kgs. The Cape leopard (not a separate species or sub-species) is much smaller with males around 35kg and females around 20kg. 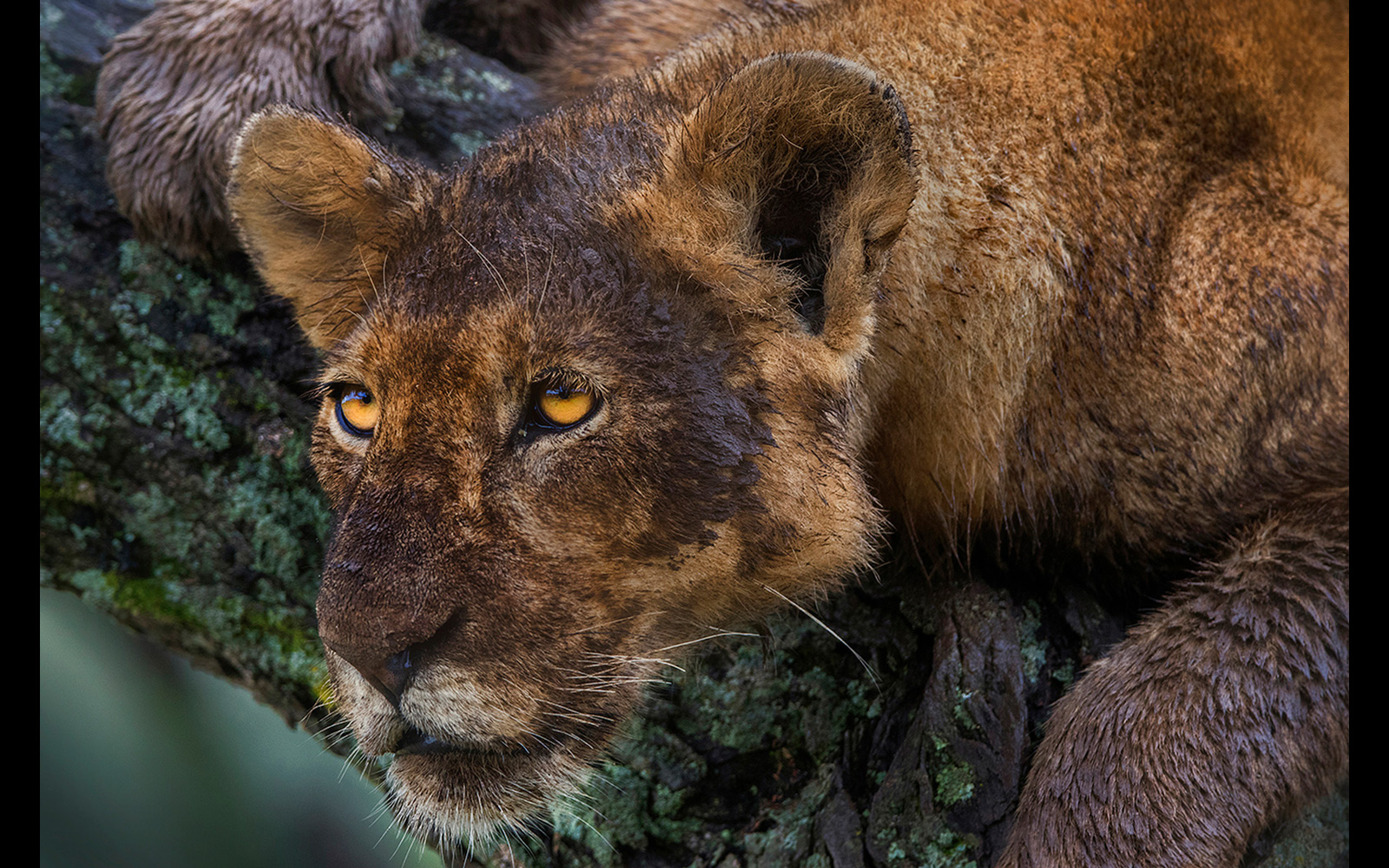 Upon closer inspection, you will see that lions have round pupils, instead of vertical slits that are found in domestic cats. Having pupils that are vertical slits is handy for cats that are on the prowl for small prey and need to be able to focus clearly on the small stuff. However, larger felines such as lions generally hunt larger prey, so there is unlikely to be a significant advantage to having slit pupils. Having round pupils also allows more light to filter into the eye at night, giving the lion better night vision. 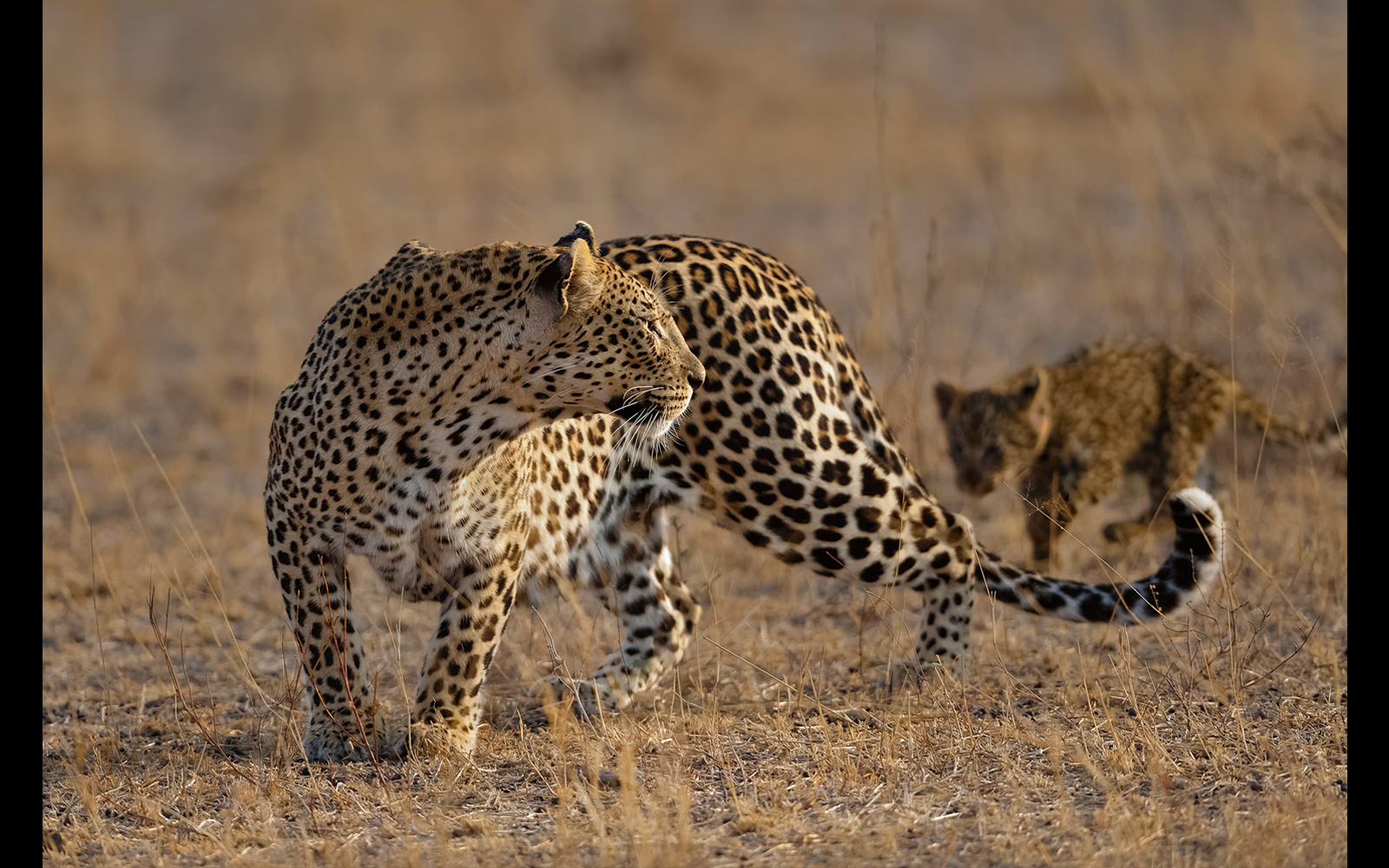 Female leopards protect their young cubs by hiding them in lairs. Lairs can be found in a variety of places, including outcrops of granite boulders; old aardvark holes made in the side of termite mounds, or in dense thickets at the bottom of deep galleys. These hiding places serve as a refuge for when the mother is away, as lions and hyenas pose a great threat to the cubs. The mother changes the lair every few days to eliminate the chances of discovery by other predators. 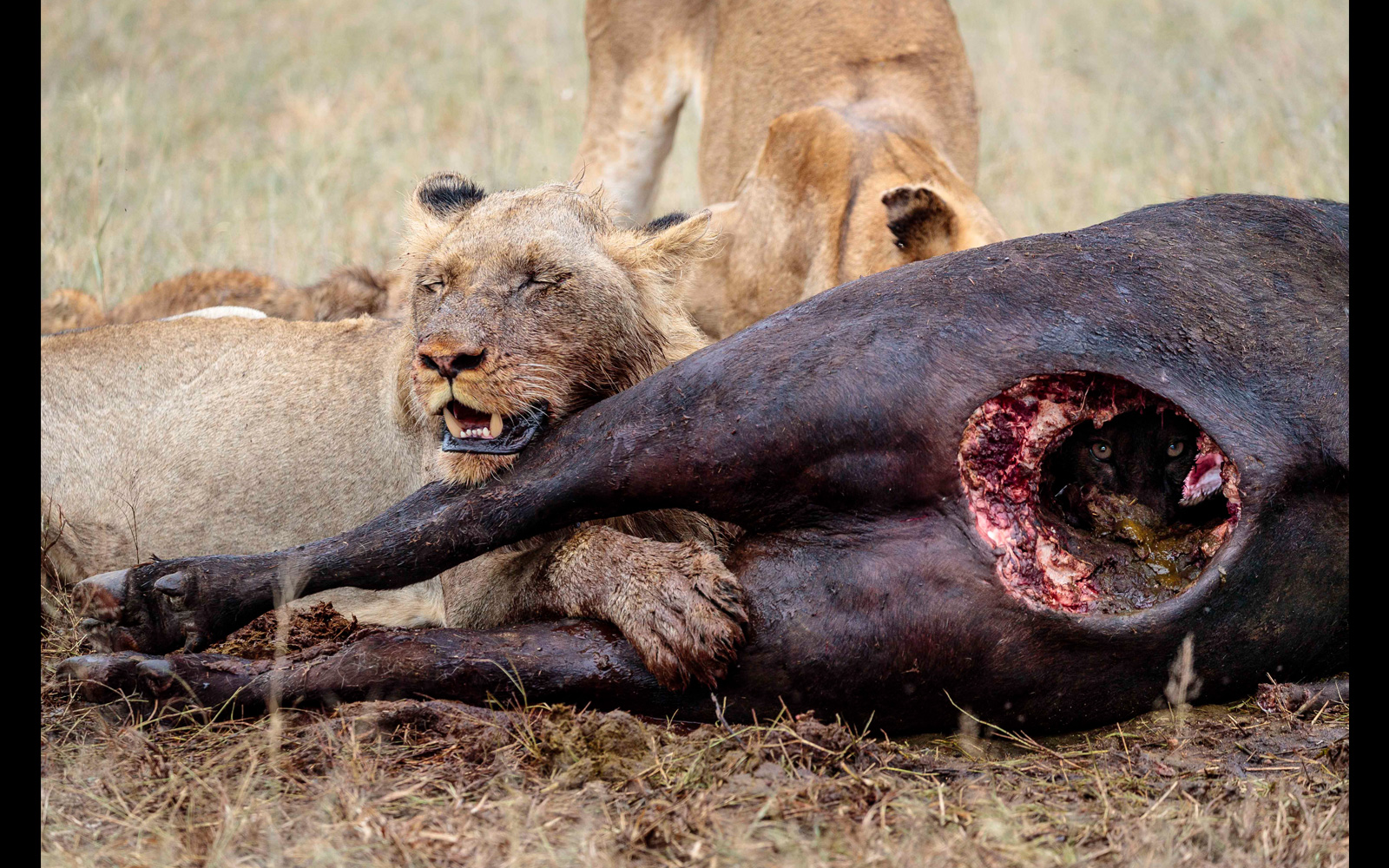 Lions will gorge themselves into a food coma when there is plenty of food available, and on days like this, an average male lion will swallow around 15% of their body weight! 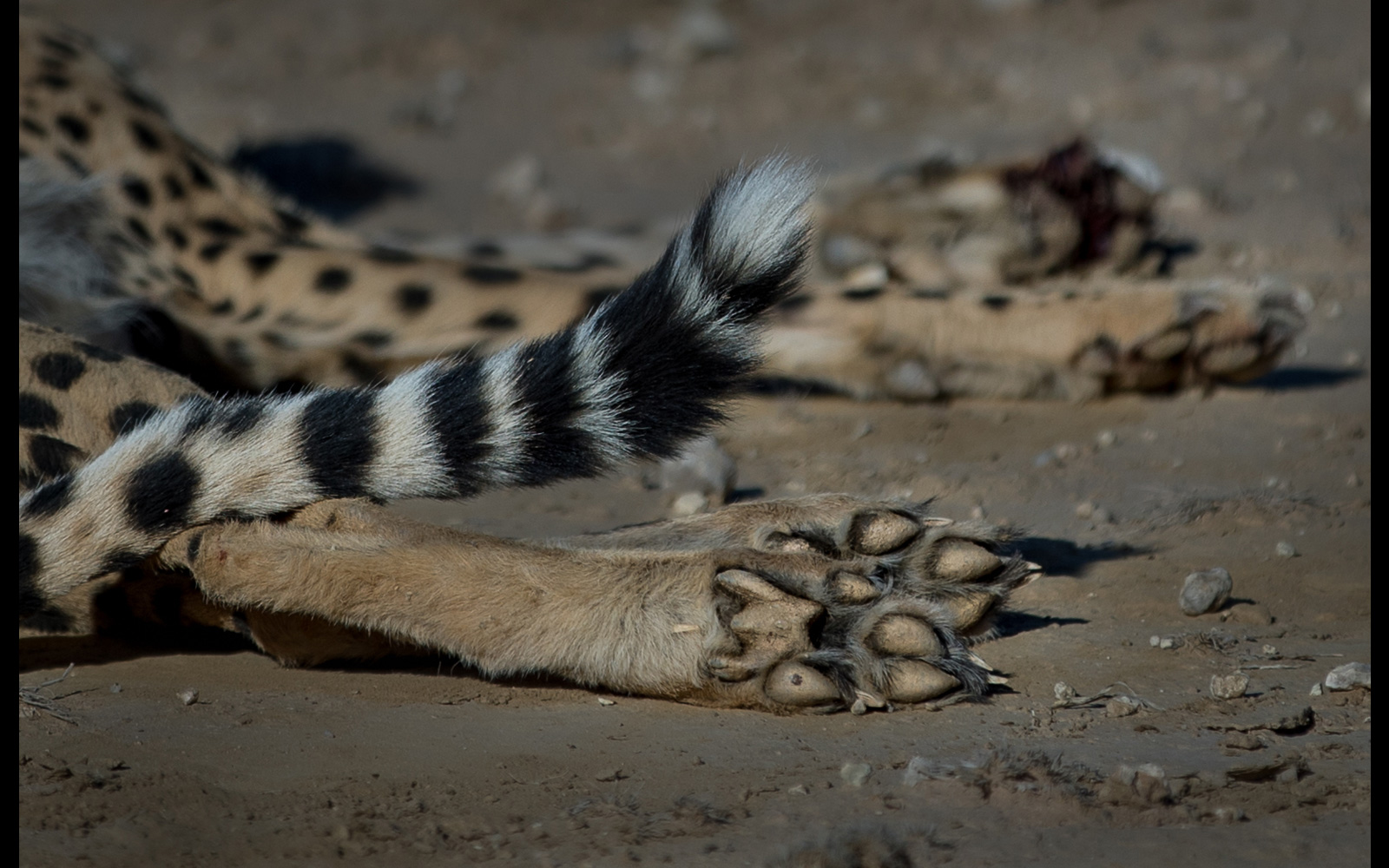 Unlike lions and leopards, cheetahs have dog-like non-retractable claws, which gives them a lot of traction when running. This limits their tree-climbing ability but gives them a speed advantage when hunting down their prey. 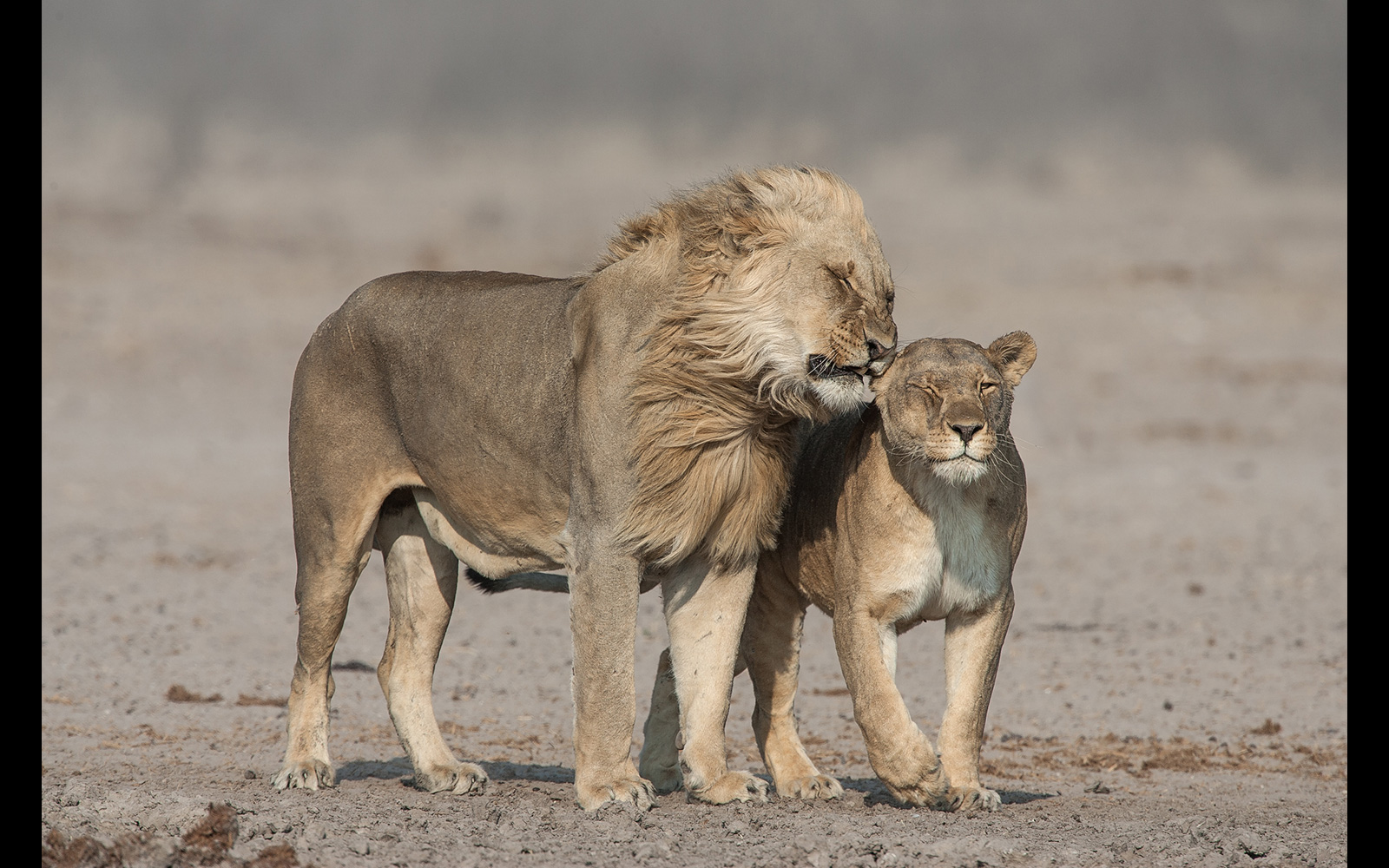 The colour of a lion’s coat varies from region to region, and within populations. However, it is found that lions that live in areas where it is either cooler or have higher humidity levels tend to have darker fur – such as the desert-adapted lions in Namibia and the black-maned lions of the Kalahari. You also get white lions, but these are not true albinos but are rather genetic variants with strongly reduced pigmentation. 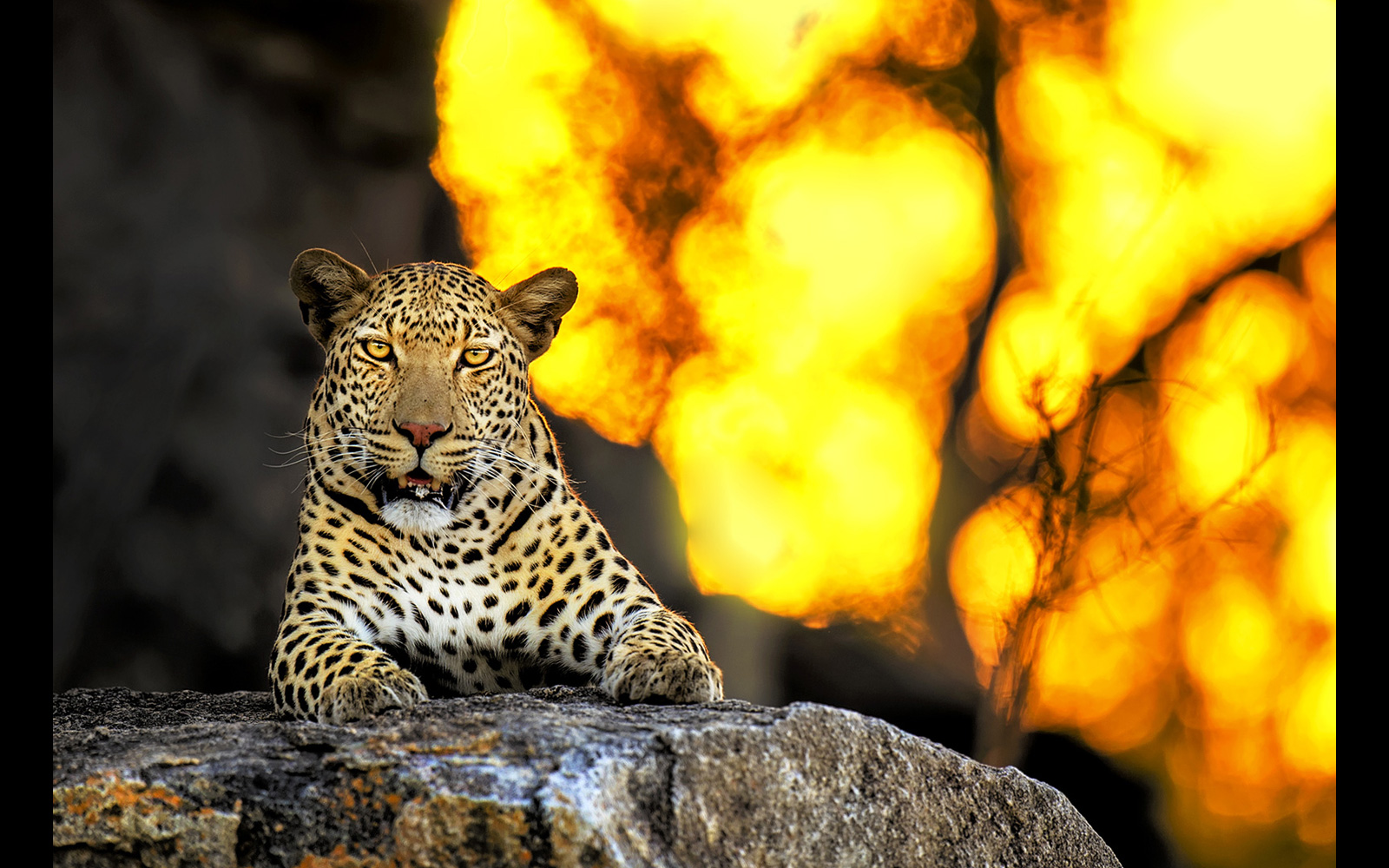 Portrayed as the most seldom seen, leopards are the most widely distributed African big cat. They can be found in a variety of habitats ranging from desert country to equatorial forests, high mountains to coasts. A few can also be spotted on the outskirts of large cities like Pretoria, Harare and Nairobi. 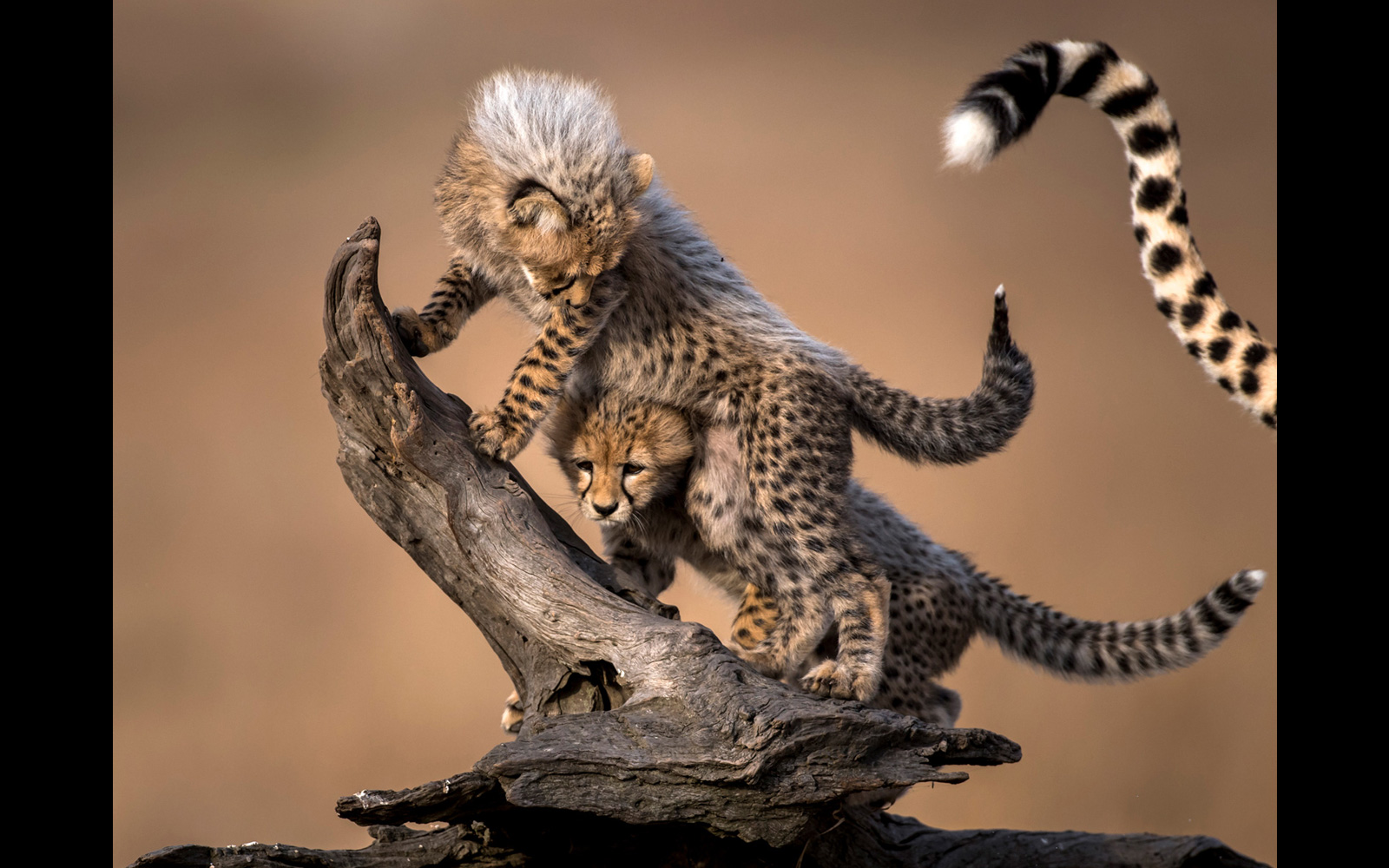 Cheetah cubs have a long, silver-grey mantle of hair running down their necks and backs. The mantle is thought to help the cubs blend into the grass, hiding them from predators. The mantle also works as a mimicry defence by resembling a honey badger, a fierce animal avoided by most predators. 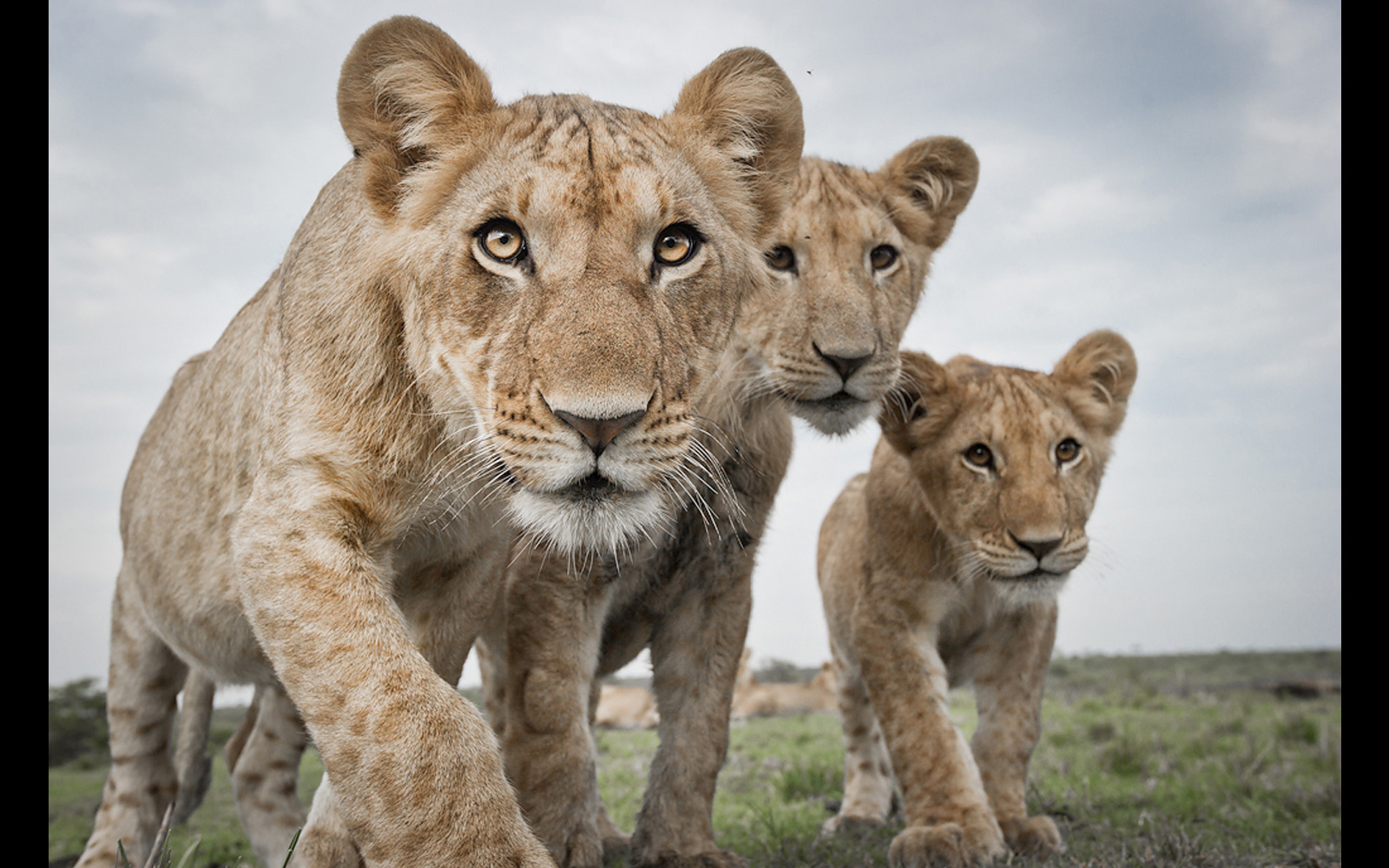 Lions are the most sociable member of the cat family and can be found living in prides of up to 25 individuals. The size of the pride depends on the area and prey availability. A pride will usually consist of 1-4 adult males, several adult females (one dominant), and several sub-adults and cubs. 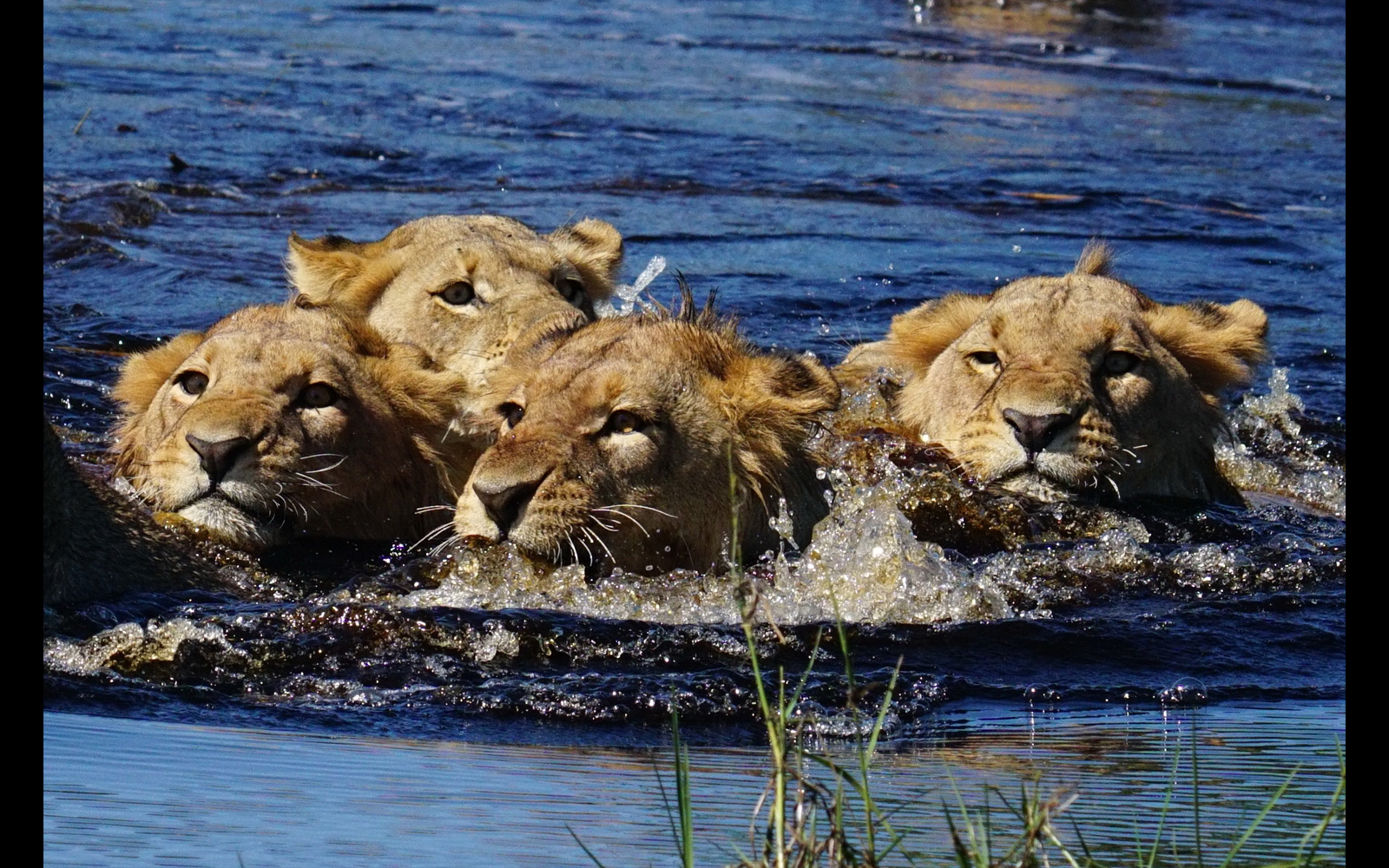 Lions can swim, but only if necessary – such as when having to cross a river. Other than that they will avoid getting into the water where possible. 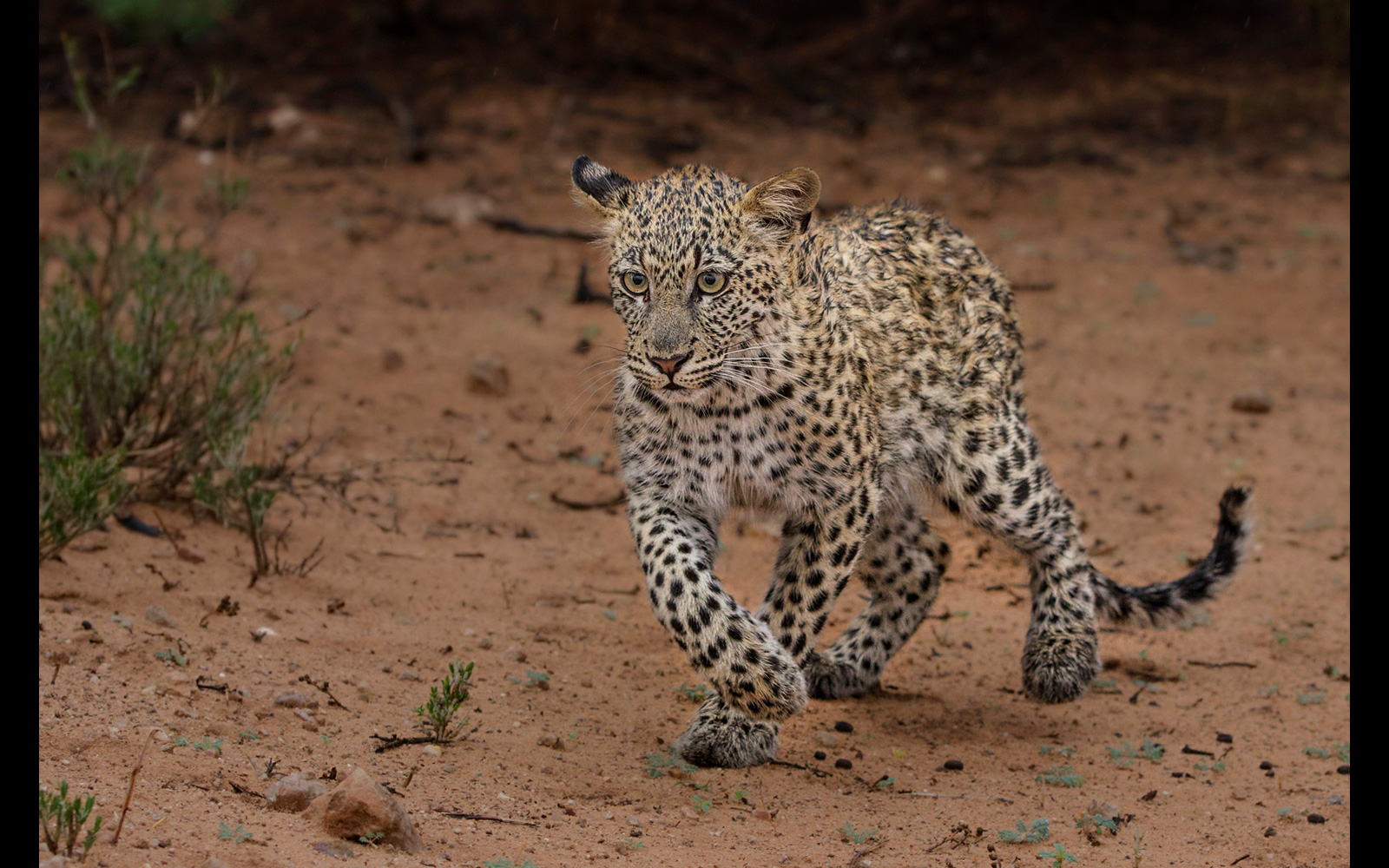 ?  A wet and bedraggled leopard cub walks in the rain in the Auob River, Kgalagadi Transfrontier Park, South Africa © Charmaine Joubert (Photographer of the Year 2018 Top 101)

How do you tell the difference between a leopard, cheetah and jaguar? Look at the spots. Leopards have rosette spots on the body and solid black spots on the legs, head and sides. There are also no black facial stripes, unlike cheetahs. Compared to jaguars, leopards do not have smaller spots inside the polygonal rosettes. 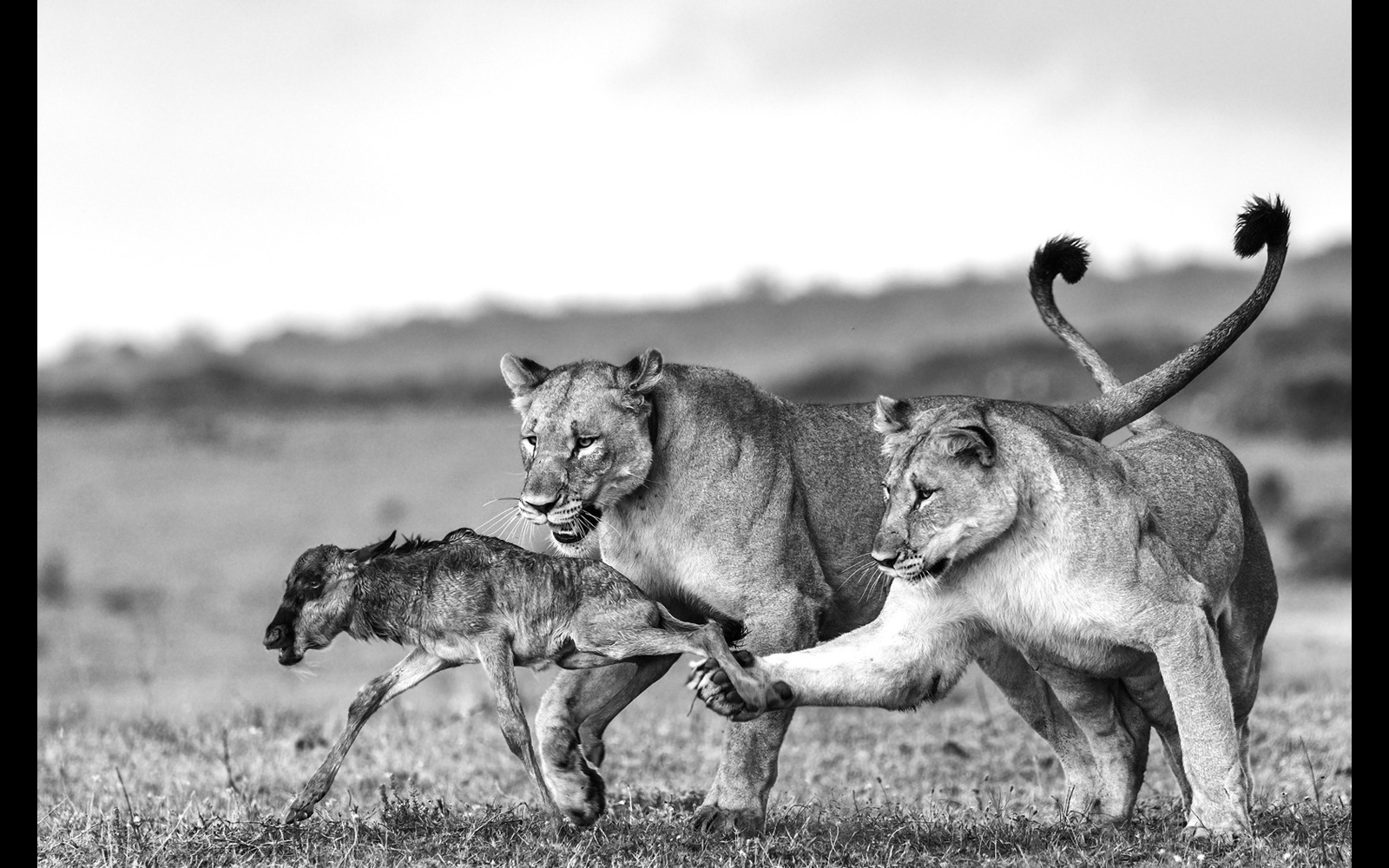 When it comes to hunting, lions are opportunistic but favour larger ungulates such as buffalo, wildebeest, zebra and gemsbok.

?  A cheetah mother observes human movement from the safety of the grass in Maasai Mara National Reserve, Kenya © Olli Teirilä (Photographer of the Year 2018 Semi-finalist)

Cheetahs can be found in a wide range of habitats, including grasslands, open plains, woodlands, savannahs, and arid regions extending to desert fringes. Their habitat is determined more by the abundance of prey and lack of other big predators, but a balance of cover and visibility is important. 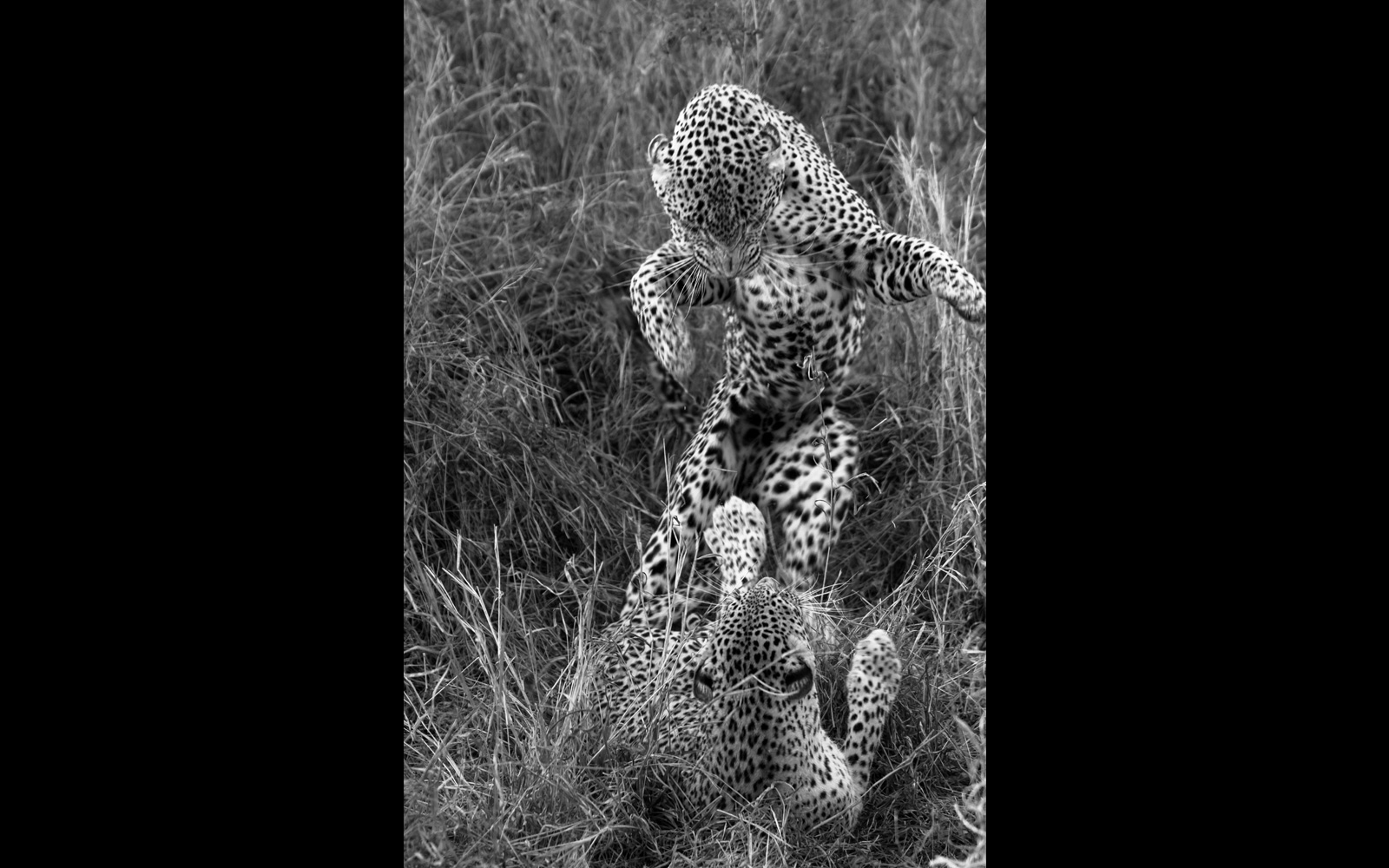 Leopards mate throughout the year, but a higher sexual activity is recorded during the rainy season. 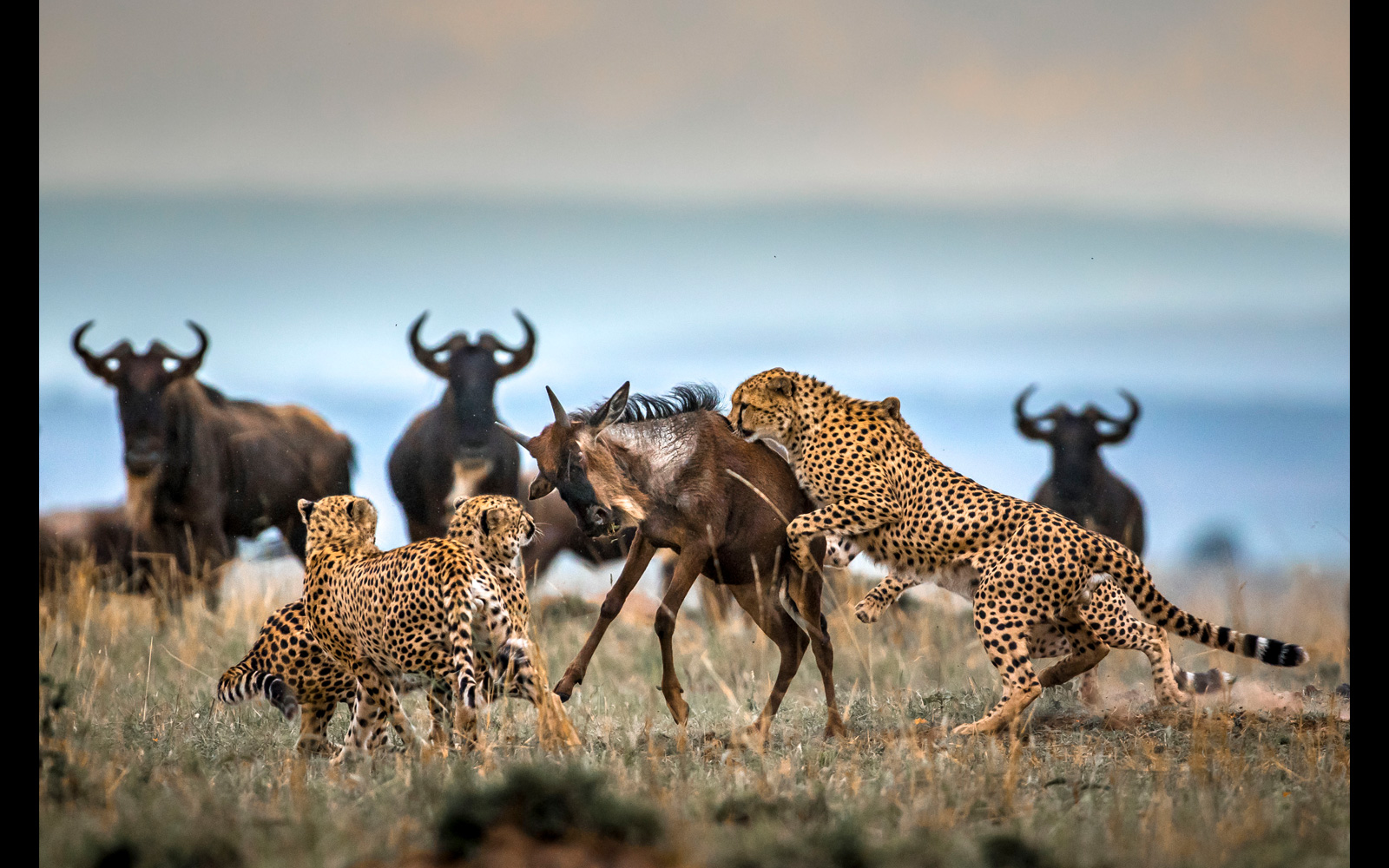 According to research, cheetahs change their behaviour when handling large kills based on the threats presented by lions and hyenas. Cheetahs do not have the strength to haul their prey up trees as leopards do, nor can they defend themselves against larger predators, such as lions and hyenas. This is why they have developed certain tactics when it comes to hunting and eating their prey, and research shows that they tend to hunt when larger predators are away or less active.