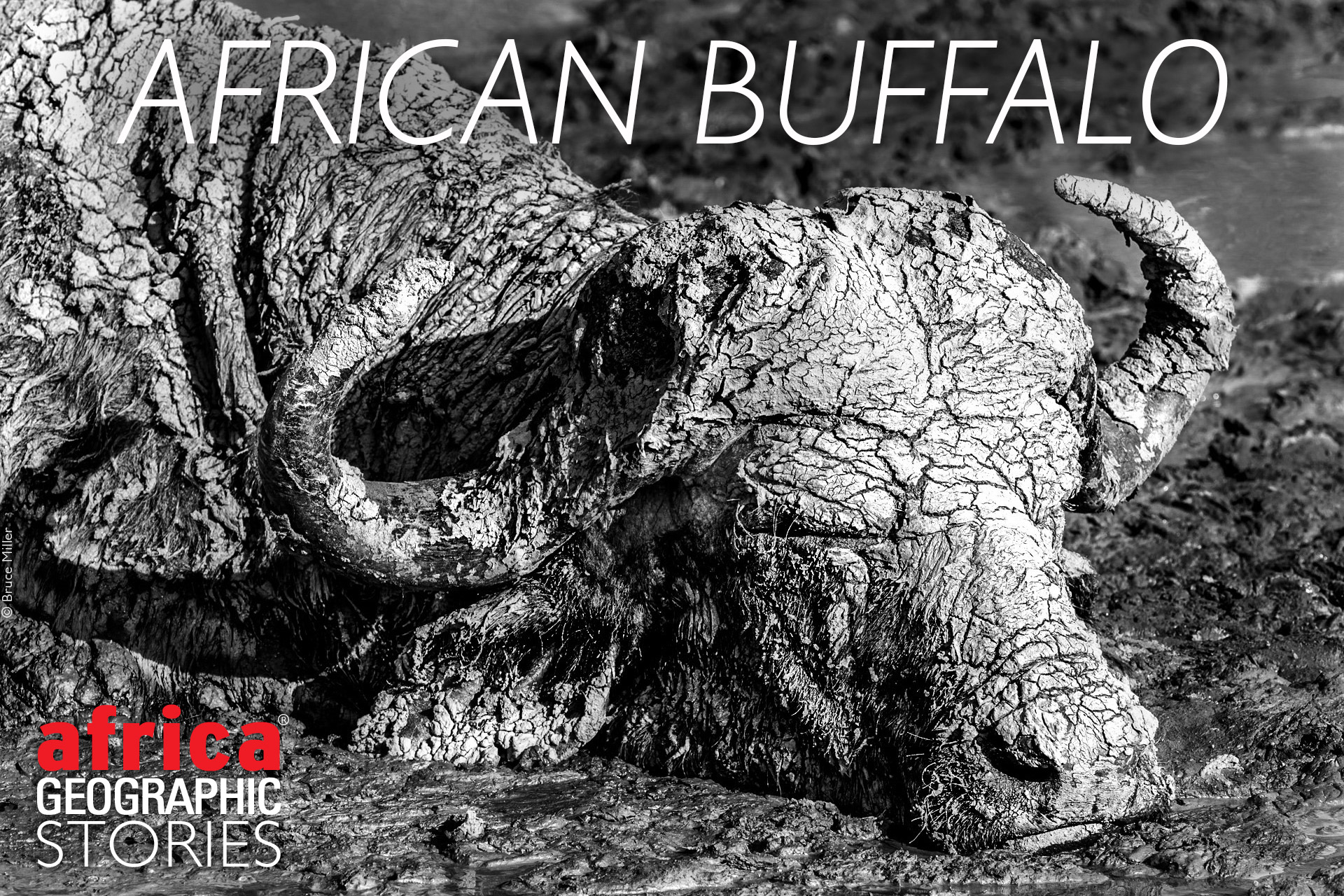 Buffalo - godfather of the African bushveld

“There is something frightening about a buffalo when encountered on foot that sets it apart from lions, leopards, elephants and rhinos. Those cranky old males look at you like they hate you personally, like they are the Godfather come to collect your debt, like they will hunt you down and pound you into the dry African dust.” Ant Collett, experienced trails guide, Greater Kruger

The African (Cape) buffalo (Syncerus caffer) has earned itself something of a reputation, particularly when it comes to the cantankerous old bulls that spend their time wallowing in pans or hanging around in dense reedbeds along Africa’s rivers. Immense and powerful, the buffalo should not be under-estimated. Don’t be fooled if your only experience of them is from the safety of a game drive vehicle, which perspective makes them look like wild cows.

Aside from the raw energy of encountering buffalo on foot, the quintessential African scene is a highlight for many – that herd coming down to drink, emerging ghost-like from lingering dust kicked up by thousands of hooves, backlit by the golden sunset. When properly understood, these massive bovids are an essential part of any safari experience: a social creature prone to profound moments of courage when threatened or defending a member of the herd. 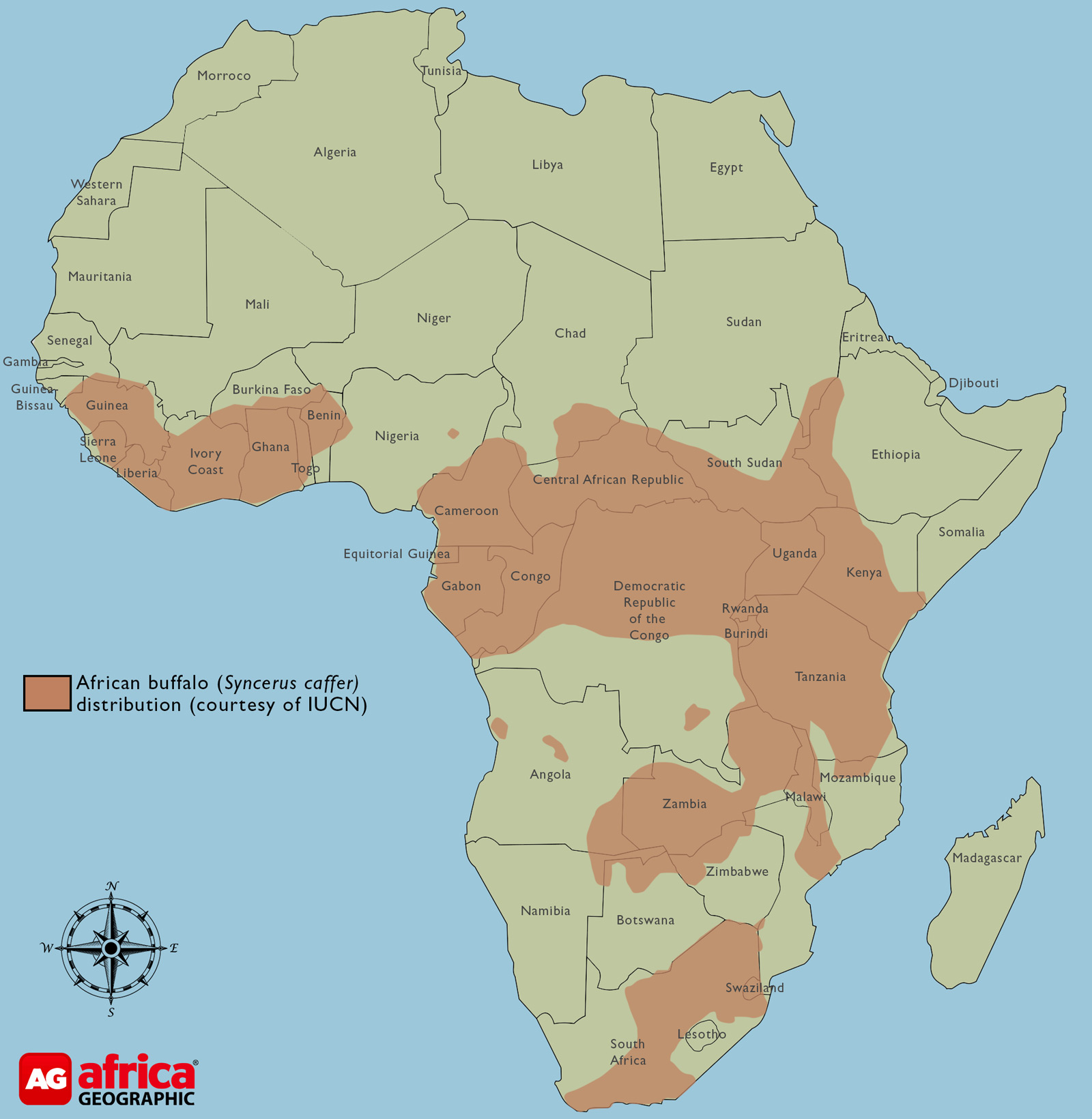 Despite their passing similarity to oxen, buffalo are only very distantly related to domestic cattle and, unlike their relatives the Asian water buffalo, all attempts to domesticate buffalo were largely abandoned as they proved too temperamental. They are, however, susceptible to several diseases that also affect cattle, including foot-and-mouth and bovine tuberculosis.

Buffaloes are the most numerous of the large herbivores and almost exclusively eat grass, with some limited exceptions at the height of the dry season. They are water-dependent, and it is easy to see when a herd has moved through an area by the flattened grasses and cow-like pats left behind. They are also almost constantly vocal, particularly around water, and produce lowing sounds similar to cattle, as well as grunts and growls during their regular skirmishes. Ecologist believe that buffalo herds decide on where to move through “voting behaviour” – while the herd is resting, individual adult females will stand and stare in a specific direction, and the subsequent movement of the herd can be predicted when the majority gaze in a particular direction.

A female will have her first calf at about five years of age, and these calves are born during the rainy season. The bond between mothers and calves remains for an extended period – up to three years, before the next calf is born. The number of individuals in a herd is highly variable and can be affected by season and water availability. The mixed breeding herds consist of females and their offspring, young males, and older, dominant males in their prime. Males are also found in bachelor herds, and after a certain age (about 12 or so), most males move away from the safety of the breeding herds and live out their lives in small groups or on their own.

One of the defining features of the African buffalo is the fusion of the two horns at their base on the top of the skull. This is known as the ‘boss’ and is solid bone covered in keratin, particularly prominent and well-developed in the males. Knowing that a buffalo can reach top speeds of around 60km/hour and that a big male can weigh close to a ton, it is easy to see how an angry or frightened buffalo could use this thick layer of bone as a deadly battering ram. Males fighting over females sometimes clash with earth-shaking power and over-confident or unlucky lions have been killed by the horns and crushing power of a buffalo.

Buffaloes are far from defenceless, and they are known for their ability to turn the tables on predators. For the most part, smaller predators like leopards, wild dogs and spotted hyena will target the calves, though large hyena clans have been known to hunt adult buffaloes. While crocodiles do occasionally grab unwary individuals at the water’s edge, lions are considered to be the main predators of buffalo – probably due to their size and strength. While individual lions are capable of killing adult buffaloes without assistance, it generally requires the effort of an entire pride or coalition, especially in the case of buffalo bulls. Stand-offs between lions and buffalo herds can last for hours, with the buffaloes chasing the lions away if they get too close and the lions biding their time until the herd finally panics or lets its guard down. Even in situations where lions have killed a herd buffalo, the other herd members may return to harass and chase the lions away. Many of these encounters have been captured on camera and are considered by many to be examples of true altruistic behaviour; unusual in the wild.

The old males that have moved away from the safety of the breeding herds lack this social support, and their behaviour tends to be entirely different as a result. Famously dangerous, these males are easily recognizable by their pock-marked horns and bald patches of fur. They tend to be edgy and cantankerous, though this needs to be understood in the context of their circumstances. Lions regularly target these relative loners and ‘dagga’ boys are often forced to rely on their strength to fight back and escape. As such, they may well not waste time working out whether or not something is a threat, instead choosing to explode into action. For a human, this can be extremely dangerous and even deadly. African buffaloes are believed to kill about 200 people a year in Africa. The term ‘dagga boys’ is derived from ‘udaka’ – the Zulu word for mud – because male buffaloes are often seen lying in muddy wallows and are frequently coated in dry mud.

Like most animals in the wild, they will generally choose flight if given the option but can be canny if they get the impression that they are being followed. Many a ranger has reported following buffalo tracks only to discover it has been waiting to ambush them or that its tracks turn in a circle and it is following them. Equally as many rangers, trackers and guides have discovered just how easy it is to climb a thorn tree when push turns to shove.

While buffalo may not be vindictive or actively malignant, there is no doubt that they should be viewed as unpredictable and given a wide birth when on foot. Old males often spend their evenings hanging around in the comparative the safety of lodges, and visitors would do well to pay careful attention to the rules of the lodge and not attempt any nocturnal wanderings.

Most importantly, they should be appreciated as an animal that nearly disappeared from much of Africa during the rinderpest outbreaks of the early 20th century. Their numbers may have improved since then, but the IUCN Red List recently moved their conservation to status from ‘least concern’ to ‘near threatened’, concluding that there are fewer than half a million mature African buffalo remaining. Despite their stubborn courage, buffalo are at risk from poaching and the ever-increasing human and livestock encroachment that threatens all of our continent’s wildlife.