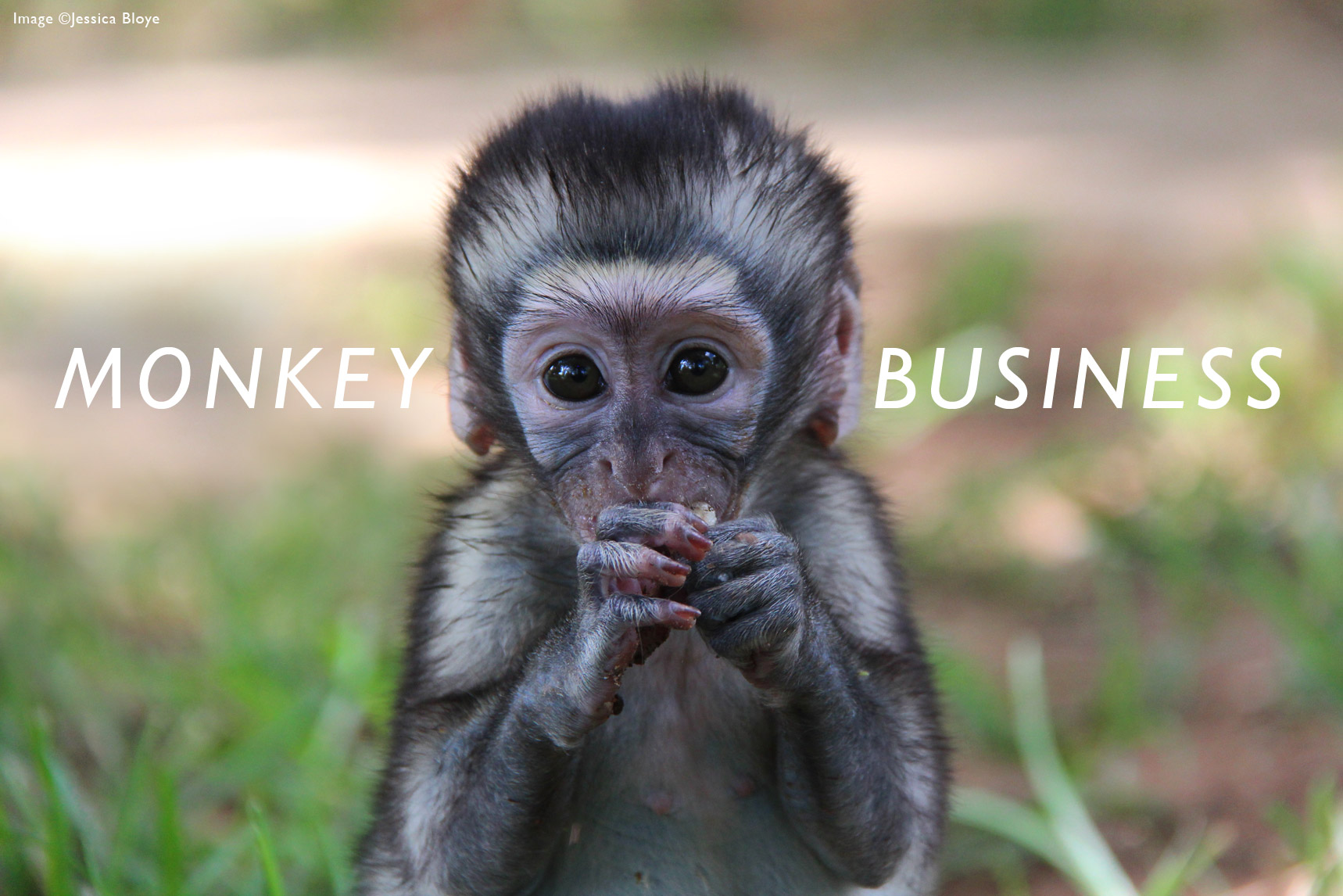 ONE COUPLE'S CRUSADE TO SAVE THE CREATURES THAT SOME CONSIDER VERMIN

A tiny black face peers through the open gate, not daring to go out. A couple of minutes later, another furry body runs past – he is the first vervet monkey to step into a land of unknown mysteries, his new home. Soundlessly, other members of the troop follow, the juveniles first, the females and their babies last. Some climb the bridges of tree stumps that have been placed over the fence. Some prefer to walk through the gates of the enclosure, as if they know it was opened just for them. As they explore, they smell the air and climb the trees; they scan the horizon and mark their new territory, oblivious to the observers taking pictures. They are free, and this is all that matters.
As a wildlife journalist I have visited many wildlife sanctuaries. When I first arrived at Riverside Wildlife Rehabilitation Centre (RWRC) in Phalaborwa, South Africa, I expected to meet people who cared about animals, and I was not disappointed. The owners of this 12ha primate rehabilitation facility, Primatologists Bob and Lynne Venter, are a delightful couple, and the 400 vervet monkeys and 96 chacma baboons they look after are spread out in several good-sized and exceptionally well-kept enclosures.
Bob and Lynne’s unlimited passion, and their vast amount of scientific (and legal) knowledge, means their work goes beyond providing a safe heaven for abused or injured wildlife. At the RWRC, the animals are not only brought back to health, they are reintroduced into their natural habitat.

It all started in 1992. Bob, who ran a construction company at the time, rescued a three-day-old vervet monkey from a farmer. The farmer had shot the mother and intended to smash the tiny creature against a wall when no one volunteered to keep it. As a reward, 14 charges were made against Bob for defending the animal.
Back then, South African law listed vervet monkeys and chacma baboons as vermin and pests. Interfering with a person in the process of killing any of these animals was a criminal offense. Bob was sent to court and asked to hand the baby monkey to the authorities who would no doubt kill it. Naturally, Bob refused.

14 charges were made against Bob for defending a monkey

On the day of his trial, Bob took the monkey with him. The magistrate and members of the court were not impressed, but after a lengthy trial, they were incapable of finding him guilty of any of the charges brought against him, ‘because I acted in a inexplicable fashion by saving this animal,’ Bob recalls with satisfaction. ‘It was the first time this happened in South Africa. That’s how it all started and what made me want to start a rehabilitation center for these animals.’

In late 1994, his wife Lynne joined him to help run RWRC which grew over the years and was soon able to welcome vervet monkeys, chacma baboons, bush babies and other wildlife casualties. The operation increased in size after 2002 when the RWRC began receiving volunteers from every corner of the world, all of whom work around the clock cleaning the enclosures, preparing food for the animals, bottle-feeding babies and other such jobs.
The Venters have never stopped fighting for the rights of these animals and have studied primate ecology as well as South African law. After many attempts, they successfully helped establish the National Environmental Management Biodiversity Act (NEMBA) which became law in 2004, giving protection to all CITES (Convention on International Trade in Endangered Species) listed animals. Vervet monkeys and chacma baboons have appeared on this listing since 1974.

‘The first thing we wanted to do was to change the law, to give these animals proper protection,’ explains Bob. ‘The second was to create a facility where casualties could be brought for proper treatment, and thirdly, to reintroduce and release all our animals back into the wild. These animals predate on insects that are quite harmful to agriculture – they are also big pollinators. They eat seeds, and their digestive system assists the germination of the seeds when they drop it in their faeces. So why would we try to eradicate these animals that are crucial to our survival?’

As soon as an animal arrives at RWRC, it receives 24-hour attention and any necessary medical treatments. It is then placed in quarantine for 40 days where volunteers and staff monitor it. Once quarantine is over it is introduced to a larger enclosure with other babies or monkeys of various ages. Once this integration phase is successful the group is released into a natural enclosure sufficient in size to be exposed to natural predators occuring in the area such as martial eagle, giant eagle owl, spotted eagle owl and African rock pythons.

Exposure to predators before release hones their natural instincts

‘Ocassionally the primates get to see black-backed jackal and caracal outside of the rehabilitation enclosures and instictively recognise them as danger,’ explains Bob. ‘Their instinct towards predators and other dangers, including humans, are honed by the given exposure. They demonstrate recognition of danger and predators with specific alarm calls and how they react in relation to such threats, which are passed on to the young and other members to follow the fight or flight behavioural response.’
Once a troop of monkeys has become stable and self-sufficient, they are moved to a specifically chosen release site where they will be tolerated and not hunted, and it is here that they regain their freedom.

The process of reintroduction into the wild is lengthy and involves discipline and hard work. This I came to realise during my three month stay at Riverside. We started capturing 31 vervet monkeys in their semi-wild enclosure in mid July 2014 to be released in a temporary 51m x 51m enclosure erected at Wydehoek, a beautiful, hunting-free, private game reserve containing enough natural food and medicinal plants to sustain the animals for many years.
Placing a temporary enclosure at the release site is a fundamental step that the majority of other so-called rehabilitation centers tend to ignore. ‘One cannot simply set animals free where they can disperse in all directions and end up dead or injured or starve to death’, Bob explains. ‘Successful reintroduction, or release, depends on these animals being capable of defending themselves, being able to populate their species, identify predators, know whether to fight or flight. They must also have developed a fear for humans, find their own food and be able to distinguish plants for their nutritional and medicinal properties.’

Two weeks after the animals arrived at the Wydehoek site (which, Venter estimates, is enough time for the animals to have established scented markings and recognise features of the environment) the electrified fence was deactivated, log and branch bridges were placed over the fence, and the gates were opened.
It was an emotional moment as we all watched the monkeys taste their newfound freedom. ‘I don’t have words for it anymore,’ says Lynne Venter. ‘It really makes me happy and proud that these monkeys are going back to being wild. It reminds me of everything I’ve given up to do this, and why it is worthwhile.’
To date, the Venter’s have successfully rehabilitated and released 19 troops of vervet monkeys – more than 600 individuals – and one troop of 24 chacma baboons. Another troop of baboons – the second to be released into the wild – will be set free this year. Ten years on, these animals will still be monitored in the wild in order to learn about their progress and improve rehabilitation methods.

With the growing public awareness of the plight of primates and other wildlife species, it is vital that programs like these are maintained to cope with future casualties. However, sadness fills Bob’s eyes as he tells me about the threats that hang over their operation.
When the new South African government came into effect in 1994, it was decided that certain land must be returned to claimants in terms of the land reform act. In 2005, the RWRC’s land was claimed. At the time the government compensated farmers and landowners for their losses, but because certain tribes disagreed on who should get the Venter’s land, no decision was taken. While they were able to stay longer on their property, it also means that, should they lose their property now, they will not be compensated. The new claimants said they would use the enclosures for poultry farming, and they have refused the Venters request to rent the property and/or stay on the land.
Bob adds that a dam will soon be built on a river close to RWRC, flooding 50% of the land, including three of their enclosures and their volunteer accommodations. ’We will have to remove the animals. We don’t know where we will go. That’s why we don’t sleep.’ Meanwhile, they continue to rehabilitate as many animals as possible for as long as they can. 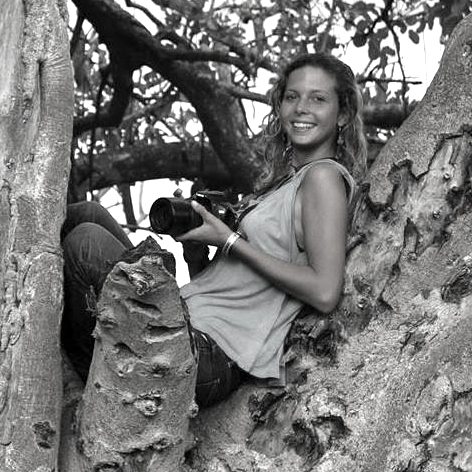 MAHINA PERROT is a Tahitian born journalist with a passion for telling stories of conservation. In 2013, she founded Wildlife Sanctuaries Worldwide, a non-profit organisation that aims to raise awareness about wildlife sanctuaries and rehabilitation centres around the world via the publication of articles in newspapers and magazines. WSW aims to become a label which will be awarded to sanctuaries and projects that are working towards creating a sustainable future for communities and wildlife. Mahina currently bases herself in France and travels regularly to Africa. 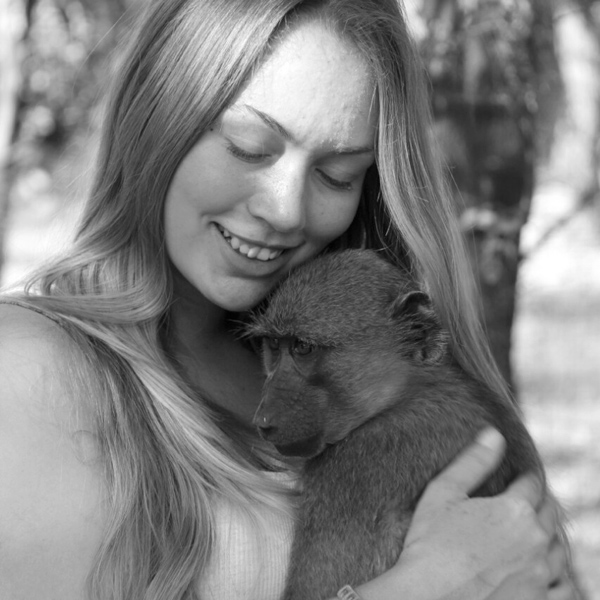 JESSICA BLOYE is a first-year veterinary student from Lancashire, England. She travels as much as possible in her spare time and documents her journeys through photography. On her gap year, she spent ten months at Riverside Wildlife Rehabilitation Centre where she formed close relationships with the chacma baboons and vervet monkeys; this awakened her passion for rehabilitation and after she’s finished her degree she would love to carry on volunteering in rehabilitation centres around the world.