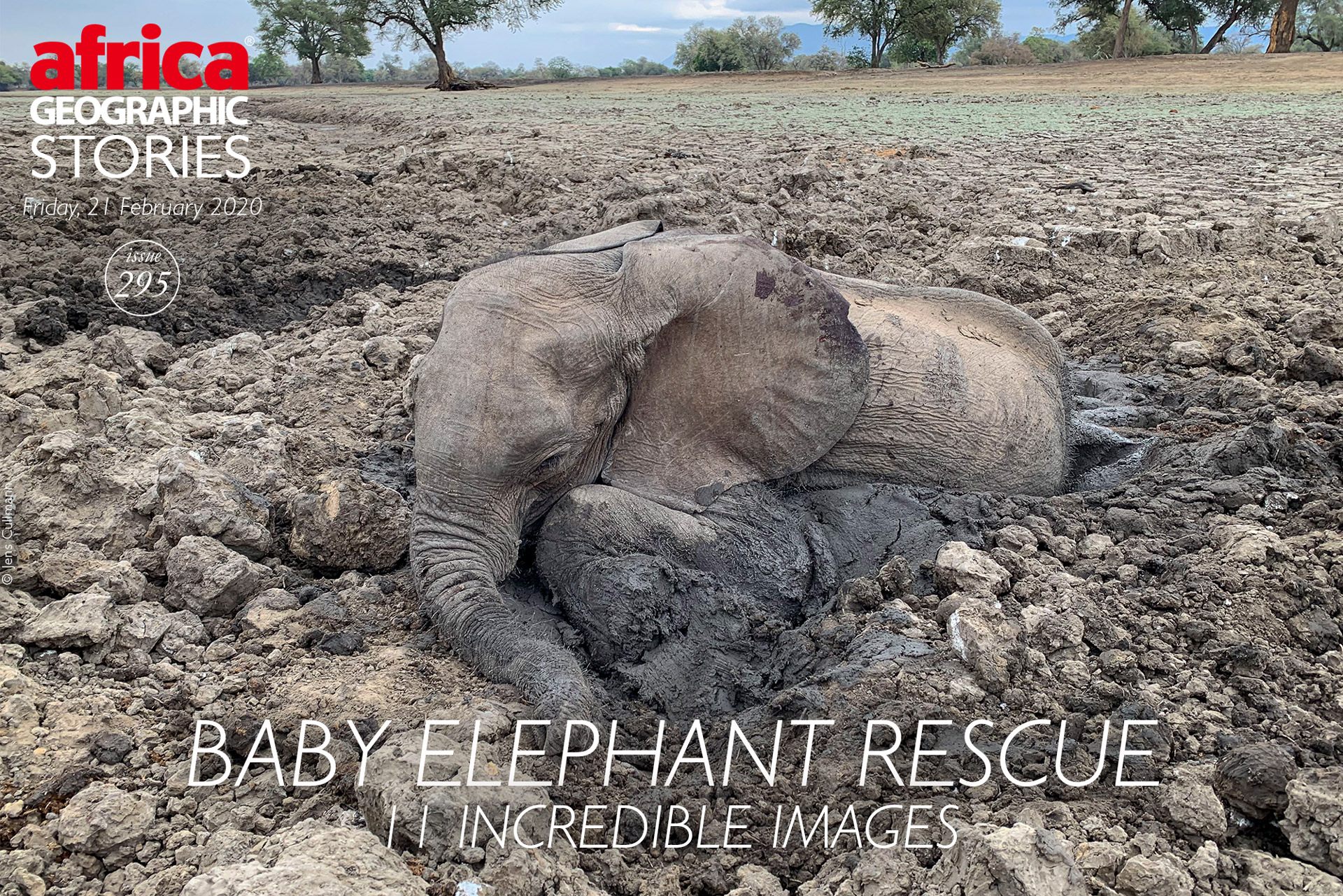 October 2019, and Mana Pools National Park was at the height of the dry season, after an extended drought. This is ‘suicide month’, and the mercury regularly rises to the mid-forties Celcius.  The animals of Mana, already pushed to the brink of survival, must eke out an existence before the arrival of the rains.
Photographer Jens Cullmann, on his annual Mana Pools sojourn, was bushwalking when he came across an elephant cow and two calves stuck in the mud of a rapidly drying pool. The elephants, driven by their desperate thirst, had ventured too far into the sticky mud and as their strength deserted them, they had collapsed in exhaustion.
Jens quickly realised that the three elephants were highly dehydrated and that their lives were hanging in the balance, so he rushed to the park reception to report the situation. By sheer coincidence, crews from ifaw Africa and Wild is Life were in Mana Pools to dart and assist another distressed elephant. They were joined by a group of Czech visitors and local lodge staff as everyone rushed to aid the stricken animals.
Both of the elephant calves suffered from bites to the trunk and ears, probably from opportunistic hyenas. One baby’s tail was bitten clean off. The rescue operation of the babies took a few hours, under the debilitatingly scorching summer sun. They were successfully extracted from the mud and once efforts were made to stabilise their fluid levels, they were flown to a rehabilitation centre to join other young elephants with similar stories. The intention is to release the elephants into the wild once they are rehabilitated and old enough to join a herd.

The adult mother, presumably the mother of one of the babies, was not so lucky. She was successfully extracted from the clawing mud but was too far gone to recover. We will share her story in the weeks to come.
Jens attributes this successful rescue to cooperation from Zimbabwe Parks and Wildlife Management Authority (ZimParks), Wild is Life crew members Dr Mark Lombard, Cathrine Jennings and January Gweshe, as well as Steven Bolnick, Dave McFarland and Garth Prichard. Ifaw Africa funded the rescue operation.

The following uncaptioned images speak for themselves.

WATCH: a video of the rescue here.

ABOUT THE AUTHOR, JENS CULLMANN 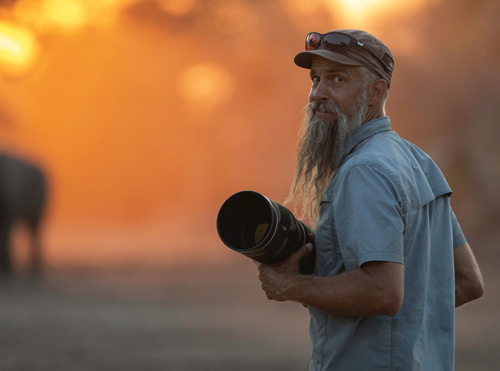 Jens Cullman is a German nature photographer. “It takes a lot of passion to capture one magical moment in the wild. Sometimes I wait for many hours in oppressive heat and have no luck. At other times the patience is rewarded during a split second of magic. But being ready at all times for that split-second is what makes the difference. Along the way, on this incredible journey, I have gained massive respect and love for wild places, and to accept nature’s ways. The golden hour of the sun, dust in the sky, animals in action right in front of you – this is where I always want to be.”