Posted on May 11, 2018 by News Desk in the News Desk post series.
ShareTweetPinEmailShareShareLinkedIn 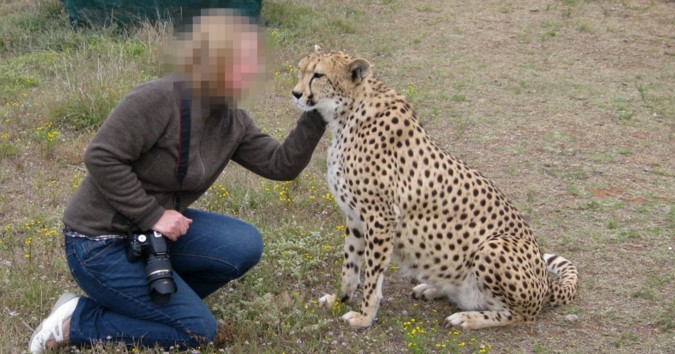 It is with grave concern that the undersigned organisations, note that yet another person has been seriously injured by a captive carnivore in South Africa. The incident, which took place at Thabazimbi Predator Park in Limpopo at the end of April 2018, is not an isolated incident. Records show that at least 37 similar incidents have occurred since 1996, affecting no less than 40 victims. This figure reflects only those incidents that have been reported in the media and hence there could be more.

We respectfully and urgently request that you take the following information into consideration:

Of the 37 known incidents:

•Forty victims were involved with 28 being injured and 12 killed;

• One incident involved a captive tiger;

• 92% of the fatalities were due to lions and 46% of all lion attacks were fatal;

• These incidents involved 13 adult women, 18 adult men, and nine children, showing that no gender or age group is exempt;

• These incidents occurred in a variety of ways, with the most common attacks occurring while people were inside the camps with the carnivores (24 incidents). Four incidents involved people being attacked through a fence. On three occasions, the animals had escaped, while on another three occasions victims were inside or on a vehicle. Another three incidents involved the victim trespassing, attack by released captive cheetahs and one unknown circumstance.

Members of the conservation sector have been expressing concern about the captive facilities where these interactions take place for more than 10 years because:

• They have no conservation value;

• There are no adequate safety regulations in place to protect tourists and facility staff;

• Welfare standards are often compromised or not regulated or monitored, and are further complicated by unclear mandates on welfare between the Department of Environmental Affairs and the Department of Agriculture Forestry and Fisheries;

• Links to shooting (‘canned hunting’) of captive Lions and the bone trade are negatively impacting on South Africa’s conservation image.

There are clearly significant risks posed by the interactions between humans and captive carnivores, and it is worrying that despite this, the sector remains ineffectively regulated. There are no regulations governing which carnivores may be kept in captivity, or why; by whom and for what purpose; under which conditions and with what activities related to them. As a result, it is highly probable that the incidences of injury or death as a result of interactions with captive carnivores will continue.

With at least 28 injured people and 12 fatalities, the time has clearly come for legislation to be put in place to end all public interactions with carnivores in South Africa. There is no justifiable rationale for the public to be interacting with carnivores in captivity, risking people’s lives.

We further call on the South African government to institute strict regulations for the management of all carnivores held in captivity that ensure that only qualified, experienced people have access to these animals and that no risks are posed to either human or animal life by unrestricted, unregulated access by all people.

Should the South African government continue to turn a blind eye to this issue, more people will be injured or killed. It is clear that the current system is flawed and a failure to react rapidly to protect people would be negligent.