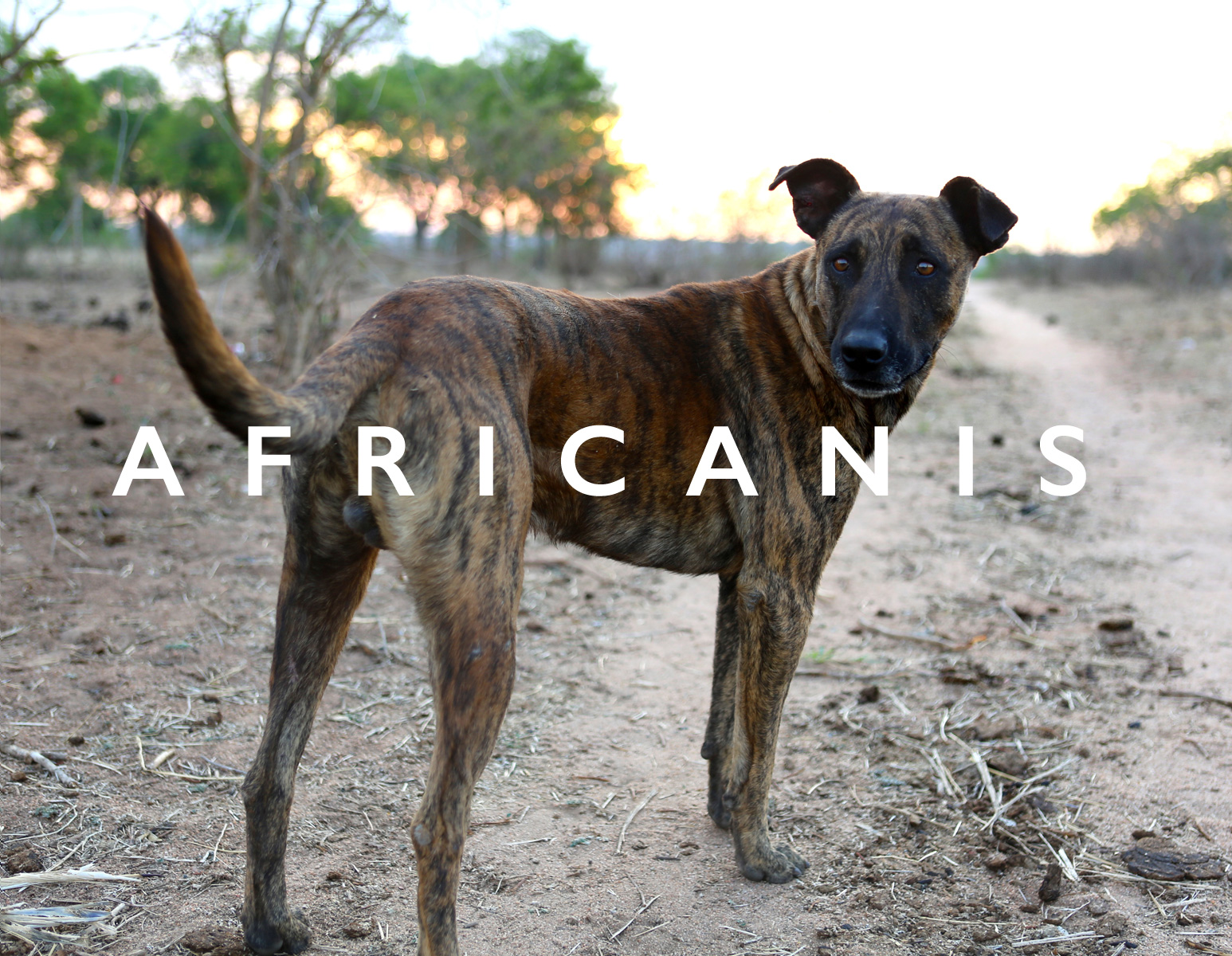 THE DOG SHAPED BY AFRICANS FOR AFRICA

In the dusty rural villages of South Africa, one can expect to see dogs of all shapes and sizes roaming freely, seemingly uncared for and feral. To those who are used to the regulated pedigree world of dogs, these ‘village dogs’ are widely thought of as un-domesticated and most likely carriers of the rabies virus. Whilst this is true in some cases, others are considered precious commodities and companions.

The Africanis or indigenous dogs of Africa and Southern Africa have adapted over thousands of years to the specific conditions and regions in which they inhabit. Having no extravagant demands on their owners; highly resistant immune systems; keen instincts for hunting and a naturally subservient nature; these dogs are widely sought after in pastoral regions.

Mandla, who was taught by his grandfather how to hunt with dogs, is now passing on this ancient tradition to his cousin Banny – a muscular young man dressed in leopard print who, with the click of his fingers, commands the two dogs. ‘You see he is symbolising that he is strong and ready for hunting’ Mandla says to me as the tiger-striped dog kicks up the dust around him marking his territory.

The dogs serve their owners in a variety of ways and are both diligent and uncompromising in their tasks. In these rural communities, cattle are a symbol of a man’s wealth and status and so naturally they need protecting and herding. ‘If they stray too far or run away, the dogs run up and help to control the movement of the cattle,’ Mandla explained. These unlikely custodians of cattle are a far cry from the sheepdogs and shepherd breeds usually associated with herding but are by no means less effective.
Before game reserves, national parks and protected areas were created, Southern Africa was a vast open space where wild animals roamed freely and people had a bountiful source of meat from the bush. ‘The hunting dogs of our forefathers offered both protection and a way to hunt these animals,’ Mandla recounted. Today a similar alliance exists. During the rainy season, parts of the game reserve fences can wash away and wild animals such as lions and buffalo break free into the community. These animals pose a genuine threat to the community and their livestock that surround the reserve and the dogs act as an early warning system.
As I spoke to the two men about the potential hazards and health risks to the dogs and their owners in this environment, the dogs were relaxed, but alert, rarely taking their eyes off their handlers.

Rabies and Canine Distemper are both endemic to this region and pose a threat to wildlife populations inside the reserves, as well as throughout Africa. Preventative measures are essential in controlling the spread of these viruses. Every domestic dog that enters a protected area without a permit is destroyed on-site by the state veterinarian department and conservation officials. The dog is shot in the body, avoiding the head so that the brain can be preserved for the state vets who sample and test for the virus.

Domestic dogs are destroyed on sight

This is particularly important when it comes to preserving Wild Dog Populations. ‘When park boundaries are on the community doorstep, the risk of contamination is high,’ says Chris Kelly, a Director of Wildlife Act. ‘The Wild Dogs are such closely bonded animals that if one dog is contaminated the whole pack can be wiped out in a matter of weeks.’ Wild Dog populations that are intensely managed are now being vaccinated against rabies in an attempt to reduce this threat.
‘The number of confirmed rabies cases in domestic dogs found in the nature reserves to the west of the KNP, as well as in the adjacent local communities of the eastern Bushbuckridge area, has recently experienced a downward trend,’ say Dr Bjorn Reininghaus, the local State Veterinarian from the Mpumalanga Department of Agriculture. According to him, the intensified vaccinations of domestic dogs by veterinary services and a massive upscale of anti-poaching measures are seen as the most important factors. However, there is no time for complacency, as maintaining sufficient dog rabies vaccination coverage, a high level of awareness about rabies and adequate disease surveillance are of utmost importance to combat this serious disease, and depends to a great extent on available resources and logistics.

Although many hunters and their dogs still operate illegally in game reserves throughout South Africa, with the increase of rhino poaching, many game reserves now have a formidable security force that patrols the boundaries day and night and have little tolerance for trespassers. These larger commercial reserves with a significant budget for security and anti-poaching have experienced a massive reduction in bushmeat poaching and snaring activity. The risk to the hunters’ lives has become far too high. Smaller private game reserves that do not stock rhinos and farms that are not as well protected are easy targets for bushmeat poachers. In many instances game fences are in a state of disrepair, affording hunters and their dogs easy access and opportunity, or the hunters cut fences to gain access. Outside the reserves smaller species such as scrub hares, common grey duiker, cane rats and steenbok are pursued. Even though the reward is now much smaller, the dogs are guaranteed part of the action and are rewarded with the “matumbos” or insides of their kill, which is cooked up and fed to them back at their homestead.

But for some, hunting with dogs is not a matter of survival. It is a profession that sees hunters and their packs of dogs competing against each other for cash prizes fetching up to tens of thousands of Rands, adding further to the controversy surrounding this ancient tradition. However, as hunters find it increasingly difficult to infiltrate protected areas due to increased levels of security, the tradition of hunting dogs appears to be facing a slow death of its own. Whilst a plus for conservancy, it does beg the question: what next for the Africanis and the hunters in these communities? 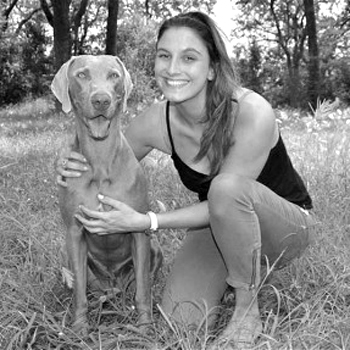 CATHERINE CORRETT grew up and lived in the heart of London for twenty-five years. Africa stole her heart eight years ago and she eventually moved to South Africa in 2011 to become co-founder of K9 Conservation. Catherine has spent the past four years deeply involved in conservation, working with some of the finest reserves and conservation programs in South Africa in many different fields, from relocating animals and rehabilitating threatened species to anti-poaching operations, reserve management and environmental monitoring. Catherine holds a BA Honours degree in Social Anthropology and a Masters degree in Television and Current Affairs Journalism. She has also trained as a photo-journalist, cameraman and editor and has worked for the BBC and Reuters. Her greatest passion is conservation through journalism and bringing awareness to a global audience through visual media.