Posted on August 6, 2020 by teamAG in the Decoding Science post series.
ShareTweetPinEmailShareShareLinkedIn 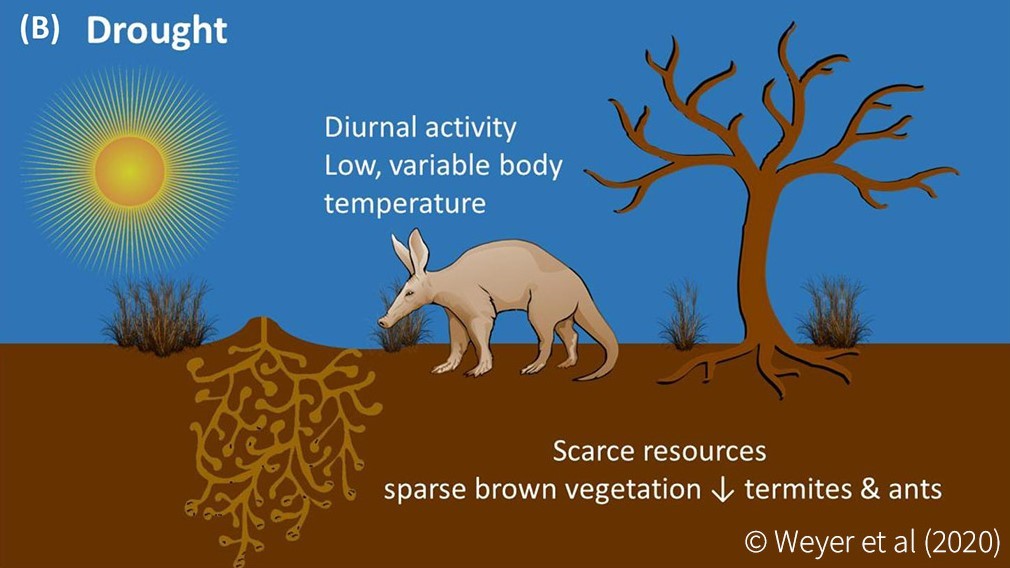 Three years ago, a Wits University media release warned of the impact of climate change on aardvarks, particularly those in arid areas where temperatures are expected to rise in coming years. Now the full peer-reviewed study on this research has been released and yields worrying results. The study, which was conducted on Tswalu Kalahari Reserve by the researchers of the Brain Function Research Group at Wits University, indicates that in drought years aardvarks are unable to meet the necessary nutrient levels to maintain their metabolisms, as indicated by dramatic changes in internal body temperatures. During the first year of the study, low rainfall levels and the subsequent dry season resulted in the deaths of numerous aardvarks, including five of the initial study subjects. 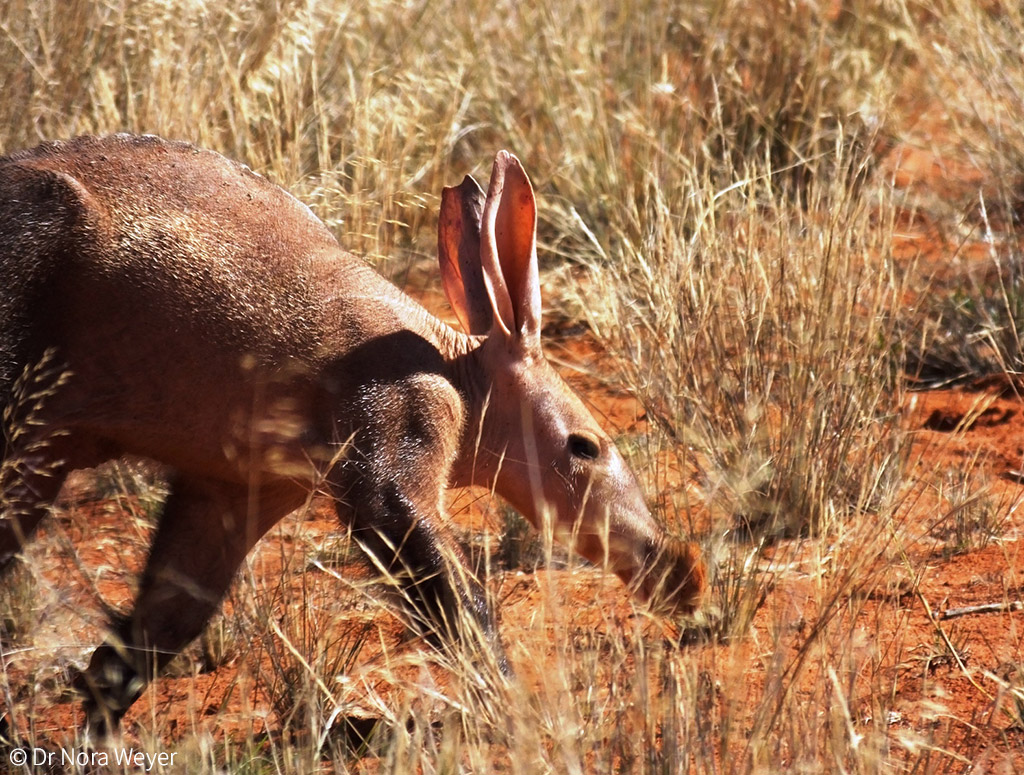 Aardvarks (Orycteropus afer) are highly elusive creatures that are generally active at night and feed solely on ants and termites. To study the effects of seasons, rainfall and food availability, researchers implanted 12 adult aardvarks with sensors to measure body temperature and activity levels and monitored the data for varying durations over three years. Tswalu typically experiences rainfall during the summer months, between November and March, where temperatures regularly reach maximums of up to 40˚C, while the winter months are dry – with temperatures dropping below freezing at night. During the first year of the study period, the region experienced particularly low rainfall levels, with no rain falling during the hottest months of the summer and, as a result, the vegetation levels dropped below 54% of the maximum levels. The rainfall levels during subsequent years were higher, as were the resulting vegetation levels. The available vegetation impacts the prey availability for aardvarks (aardvarks in the Tswalu region feed mainly on the harvester termite Hodotermes mossambicus) – as vegetation decreases, so do termite and ant numbers. 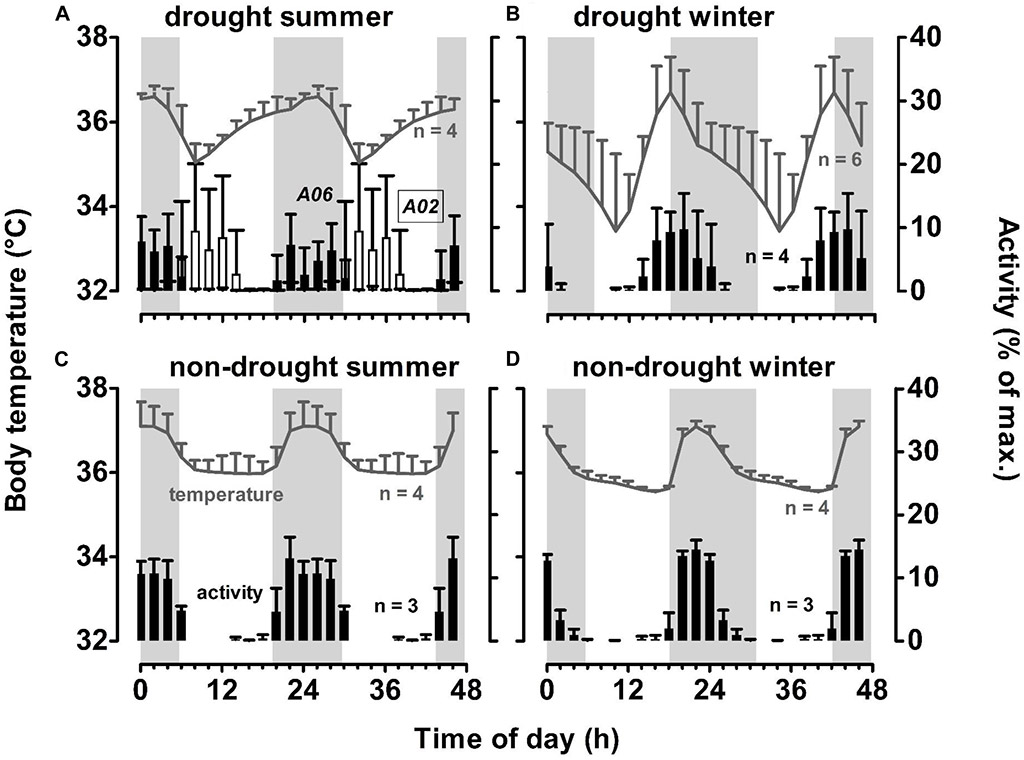 While diurnal animals in arid areas face the challenges of keeping cool and evaporative water loss during high daytime temperatures, nocturnally active mammals like the aardvark have to expend extra energy to stay warm during the cold nights. In times of reduced resource availability, the ability of these animals to increase their metabolic activity to maintain internal body temperatures becomes compromised and, as a result, they may increase diurnal activity to compensate for these demands. 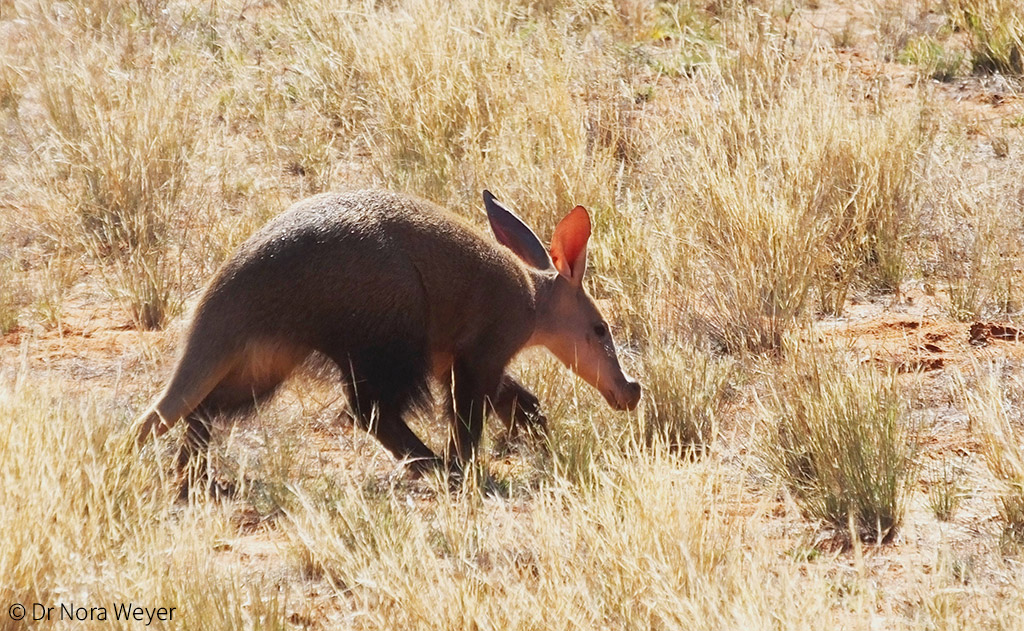 As expected, the low body temperatures were associated with increased diurnal activity but shorter periods of activity overall, with some aardvarks emerging in the afternoon and returning to their burrows at night, eliminating nocturnal activity. Yet despite their demonstrated behavioural flexibility, many were unable to meet their nutritional requirements, and of the six aardvarks initially fitted with monitoring devices, five died during this period. Those that survived demonstrated a return to a more level internal body temperature as conditions improved, but it took them time to recover.

The concern is that the Kalahari region is one that is predicted to become hotter and drier as climate change progresses. While droughts are part of typical climate patterns, this research indicates that aardvarks are not sufficiently adaptable to cope with this change. As drought frequencies and durations increase, the vegetation in the area will suffer, and ant and termite populations will decrease, resulting in the death by starvation and dehydration for the aardvarks that depend on them. While they may not be considered threatened yet, aardvarks are ecosystem engineers, and numerous species of birds, mammals and reptiles utilise the burrows that they dig.

“Populations of many animals in South Africa are already declining as a result of habitat loss and over-exploitation,” says Professor Andrea Fuller, one of the co-authors of the study. “Climate change adds an additional threat, which may push species to extinction faster. By 2050, the aardvark may not be the only species removed from tourist checklists”. 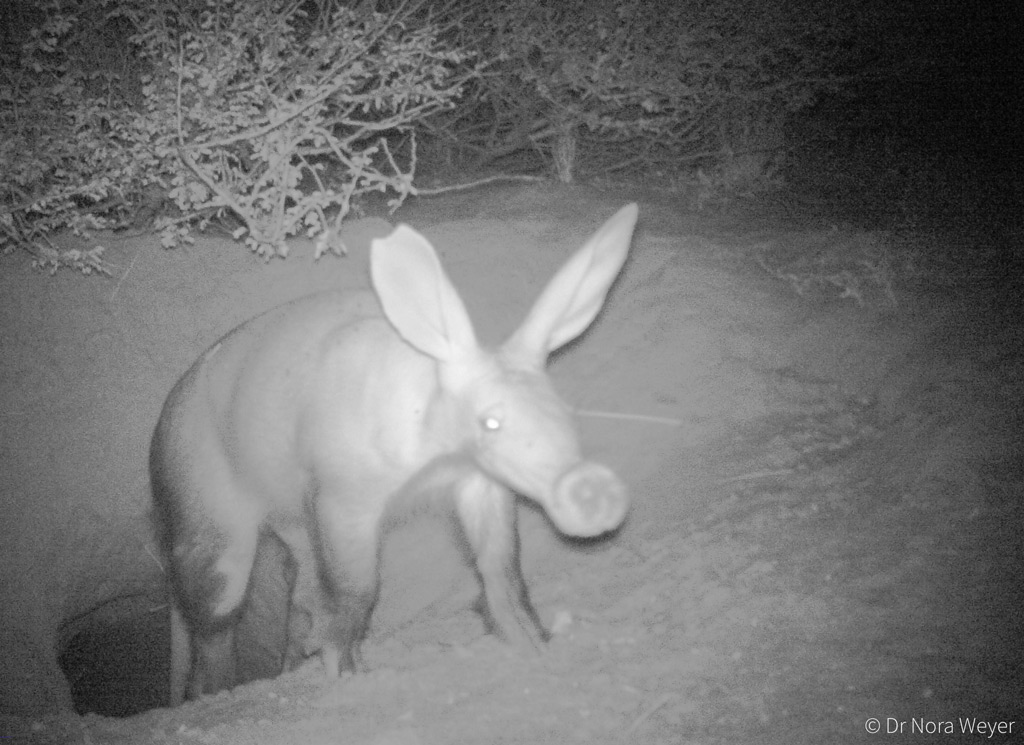 The full study can be accessed here: “Increased Diurnal Activity is Indicative of Energy Deficit in a Nocturnal Mammal, the Aardvark”, Weyer, N., Fuller, A., Haw, A., et al (2020), Frontiers in Physiology and is part of a collective effort by the University of Witwatersrand, the University of Pretoria, University of Veterinary Medicine Vienna and the University of Cape Town.