Posted on June 4, 2020 by teamAG in the Decoding Science post series.
ShareTweetPinEmailShareShareLinkedIn

A divemaster exploring the sandy coral reef in Sodwana Bay in South Africa has discovered a new species of pygmy seahorse, the first of its kind found in Africa. The tiny seahorse, now named Hippocampus nalu, bears several familial similarities with other pygmy seahorses described from the central Indo-Pacific region but is distinguished from these by differences in its spinal morphology and genetics.

Seahorses belong to the Syngnathidae family, which also includes pipefishes, pipehorses, and seadragons – all of which are characterised by a fused jaw for suction feeding and male brooding behaviour. Seahorses are divided into pygmy and non-pygmy lineages, and naturally, pygmy species are generally extremely diminutive in size. The adult specimens of the newly described Hippocampus nalu species measured between 18.9mm-22mm in length.

The seahorses were originally spotted and photographed by Savannah Nalu Olivier, a dive instructor operating in Sodwana Bay, who brought attention to the existence of multiple individuals living in the sandy-algal reef habitat. The species was named nalu as an acknowledgement of her discovery.

As far as researchers are aware, these cryptically coloured seahorses are found only in the shallow waters (12-17m) in Sodwana, which is part of the iSimangaliso Wetland Park. However, they believe that it must have a wider distribution along the East African coast, possibly right up to the coast of Kenya. Their camouflage and tiny size have made them difficult to find. These miniature seahorses also seem to demonstrate a preference for gullies with strong currents, using the algal turf to avoid being swept away. They are believed to live in mated pairs in a manner similar to the behaviour observed in other species of seahorse, but this has yet to be confirmed. One juvenile, only 10mm in length, was also spotted. 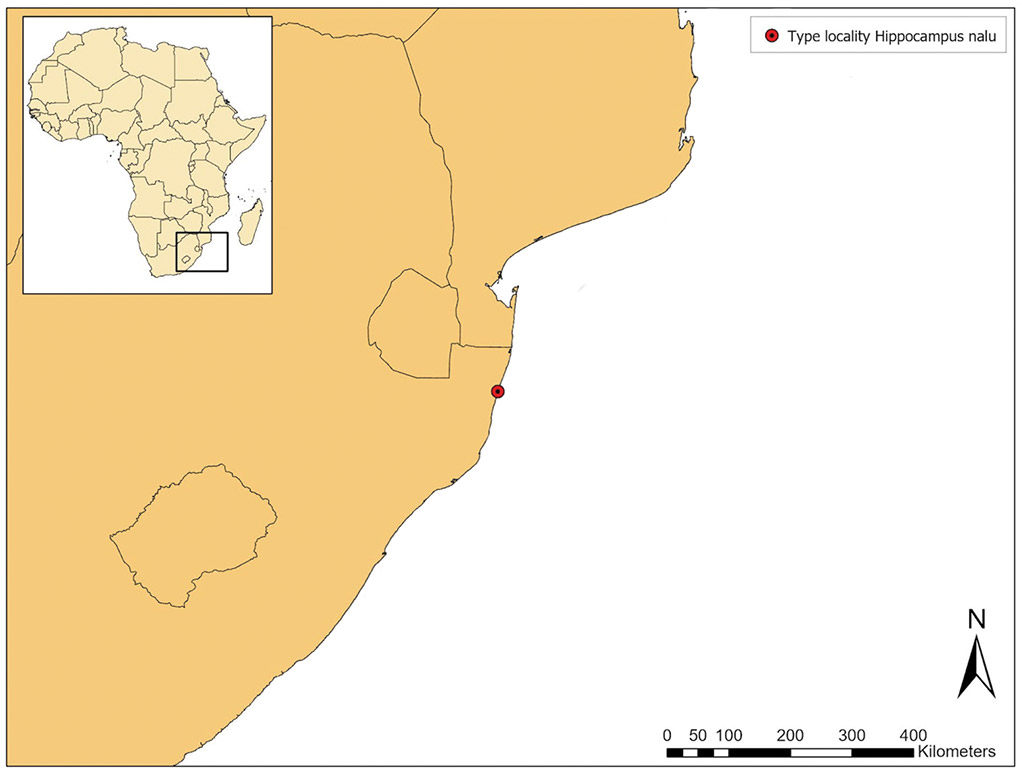 The researchers acknowledge that further investigation is necessary to fully understand the behaviour of Hippocampus nalu, as well as its evolutionary relationship with other members of the Hippocampus genus. As seven new species of pygmy seahorses have been discovered in the last 20 years, the authors of the study anticipate new species of pygmy seahorses will be discovered in the Western Indian Ocean with subsequent investigations.