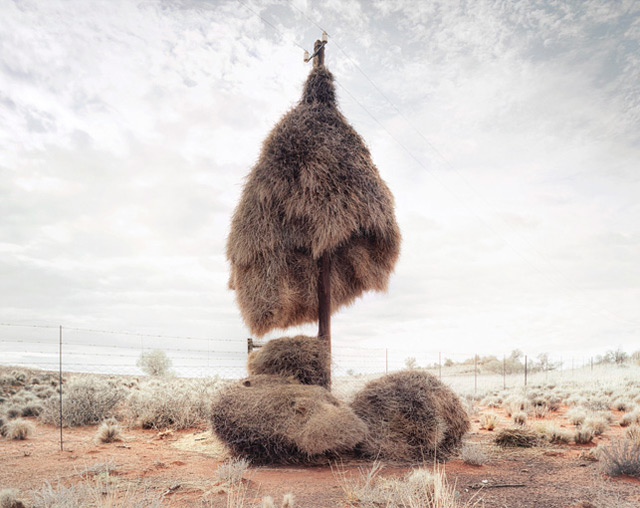 1. There are four subspecies of sociable weavers:

2. Unlike other weavers who build their nests in the breeding season, Sociable Weavers use and maintain the nests throughout the year. They nest in colonies as small as 10 individuals and up to 400-500 birds. Their nests are instantly recognizable, massive and resembling huge apartment blocks. The nest structures can reach heights of up to 4 m. From a distance the nest may typically look like a haystack stuck up on a large tree or telephone pole.

4. Different materials are utilized for different sections of the nest, each material choice being purposefully selected. Large twigs and stems, placed at an angle and pointing downwards, cover the roof of the nest. Grasses are shoved into the structure until firmly secured. It is believed that the crown of sharp grass spikes picket-fencing the tunnel entrances may be designed as protection from predators.

5. Telephonic and Electrical Power companies have battled for years with the design of telephonic poles and power line structures able to cope with the weight of these nests, especially during the rainy season when they become somewhat waterlogged and become so heavy (several tons) that they drag down the supporting poles.

6. Photographic evidence has proven that some of these nest structures are over 100 years old.

9. The nest has proven itself to be an effective temperature buffer, against the cold temperatures at night (especially in winter), and high temperatures during the day, reducing temperature variability in nest chambers. The extent of this buffering effect depends significantly on the position of nest chambers within the communal structure, and on the depth to which chambers are embedded within the nest mass. Not, surprisingly older and more veteran pairs tend to occupy chambers with the highest thermoregulatory benefits.

10. In winter this temperature insulation translates into significant energetic savings for its inhabitants, reducing their food intake demand and enhancing their ability to survive in the leanest months of southern Africa’s harshest semi-arid environments. In the heat of the day, or the chill of winter nights individuals ride the thermal challenge by roosting alone when hot, or together when cold.

11. Energetically rested and physiologically unstressed, Sociable Weavers live a poised existence ready to react to any unpredictable rainfall event. A mere 20mm downpour, even if out of season, may trigger the entire colony into breeding mode, and depending on how the environment reacts to the rain, breeding pairs may be able to churn out up to four broods (4-5 chicks each), with the offspring of the first brood helping their parents raise subsequent broods, and even attracting totally unrelated “helpers” eager to ensure that enough food is found for the last broods as resources wane and dwindle away.

See below for photographs of the Sociable weaver’s nest, taken in the Kalahari Desert, South Africa. 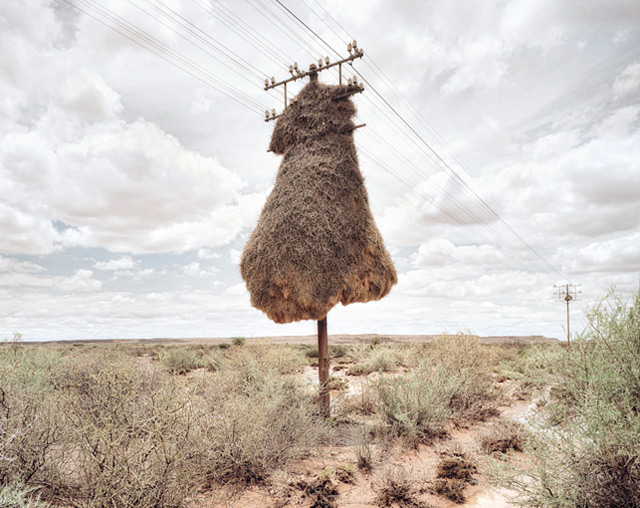 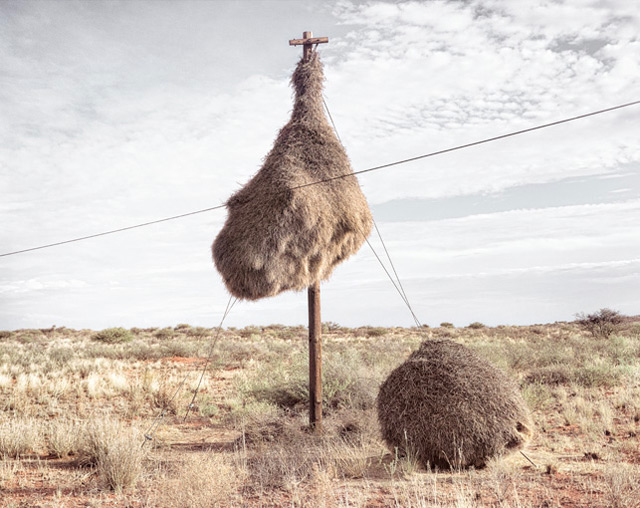 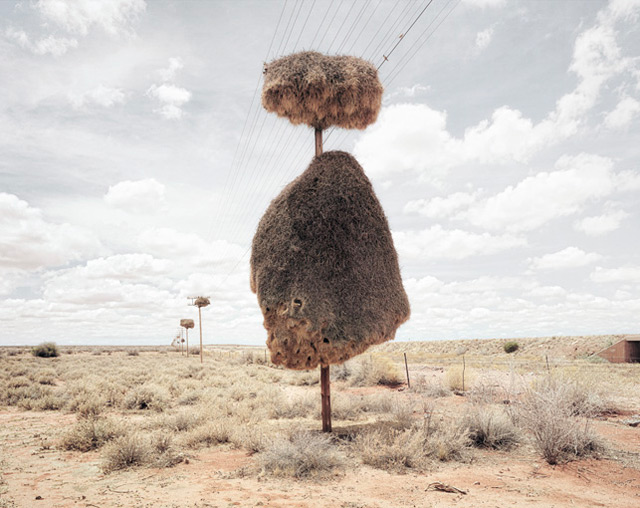 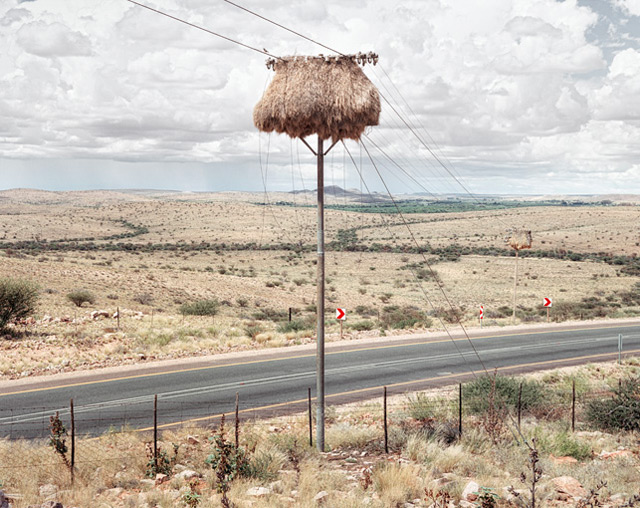 These images were found at thisiscolossal.com. Photographer Unkown