Posted on February 21, 2019 by News Desk in the News Desk post series.

In this week’s news wrap a prominent Chinese businesswoman dubbed the “Ivory Queen” was sentenced to 15 years in prison by a Tanzanian court for smuggling the tusks of more than 350 elephants; rangers have edged closer to catching a lion that has escaped Karoo National Park; four alleged rhino poachers, including a SANParks employee, were arrested in Kruger National Park; and China’s efforts to ban ivory trade have received worldwide acclaim as the effects of its strict measures are starting to be felt.

A prominent Chinese businesswoman dubbed the “Ivory Queen” was sentenced to 15 years in prison by a Tanzanian court on Tuesday for smuggling the tusks of more than 350 elephants, weighing nearly 2 tonnes, to Asia.

Yang Feng Glan had been charged in October 2015 along with two Tanzanian men with smuggling 860 pieces of ivory between 2000 and 2004 worth 13 billion shillings ($5.6 million). All three denied the charges.

Police sources said Yang, 69, had lived in Tanzania since the 1970s and was secretary-general of the Tanzania China-Africa Business Council. A Swahili-speaker, she also owns a popular Chinese restaurant in Dar es Salaam.

Kisutu Court Magistrate Huruma Shaidi sentenced Yang, Salivius Matembo and Manase Philemon, each to 15 years, after they were convicted of leading an organised criminal gang. Shaidi ordered them to either pay twice the market value of the elephant tusks or face another two years in prison.

Rangers searching for a lion that escaped in the Karoo National Park outside Beaufort West, were relieved after they found the carcass of female eland at a farm adjacent to the park.

Nico van der Walt, Park Manager at Karoo National Park, said 14 Rangers and about six volunteers from neighbouring farms were relieved after the discovery on Tuesday, as this increased chances of locating the lion.

“A lion with a full belly is likely to sleep for some time, this will thus work to our advantage and we can gain time on the lion.” 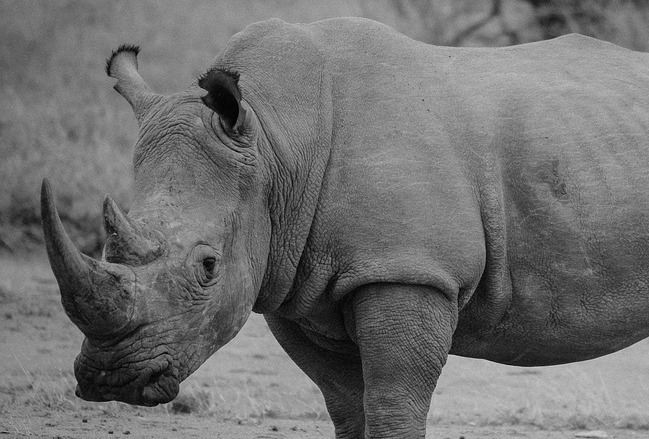 Information at the police’s disposal revealed that the SANParks officials had received information about four suspects who were reportedly about to exit the park travelling in two vehicles, Colonel Mtsholi Bhembe said.

The officials pounced on them with the assistance of a SANParks helicopter that had to land on the road to block the fleeing men’s vehicles. The men, among them a SANParks employee, were searched. Items found in their possession included a freshly cut set of rhino horns, a hunting rifle, and ammunition. They were arrested with all the exhibits, including the two vehicles, being confiscated… (Continue to full story here) 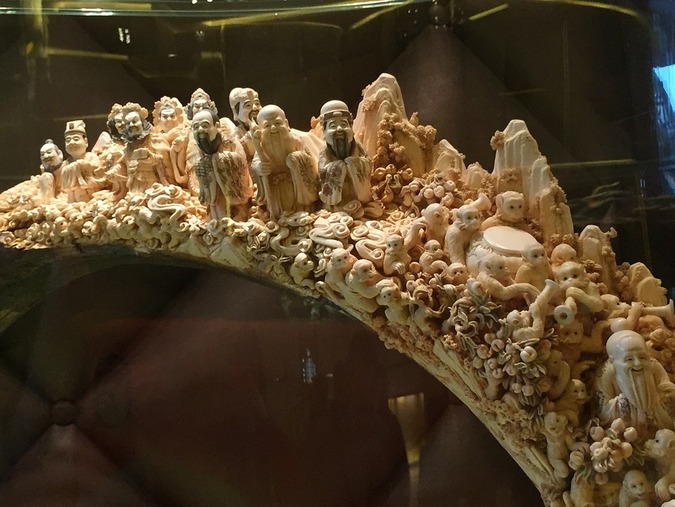 China’s efforts to ban ivory trade have received worldwide acclaim as the effects of its strict measures are starting to be felt.

A nationwide prohibition has drastically brought down sales and demand for ivory since 2017 in China, once the world’s largest ivory market, garnering appreciation from international organisations and conservationists.

“On behalf of the government of Kenya and the 32-member Coalition (African Elephant Coalition), I express our collective gratitude to China for closing its domestic ivory market,” the Kenya Wildlife Service tweeted on Saturday, quoting Najib Balala, cabinet secretary of the Ministry of Tourism and Wild Life of Kenya.

According to data released by China’s General Administration of Customs, in 2018, China’s customs seized 25,671 endangered species and their products, including ivory items weighing 800 kg in total.

“China has set an example for the world in wildlife protection and shown the determination of a responsible stakeholder on the global stage,” said Dr. Sun Quanhui, a science officer of World Animal Protection, a United Nations general consultative organisation… (Continue to full story here)